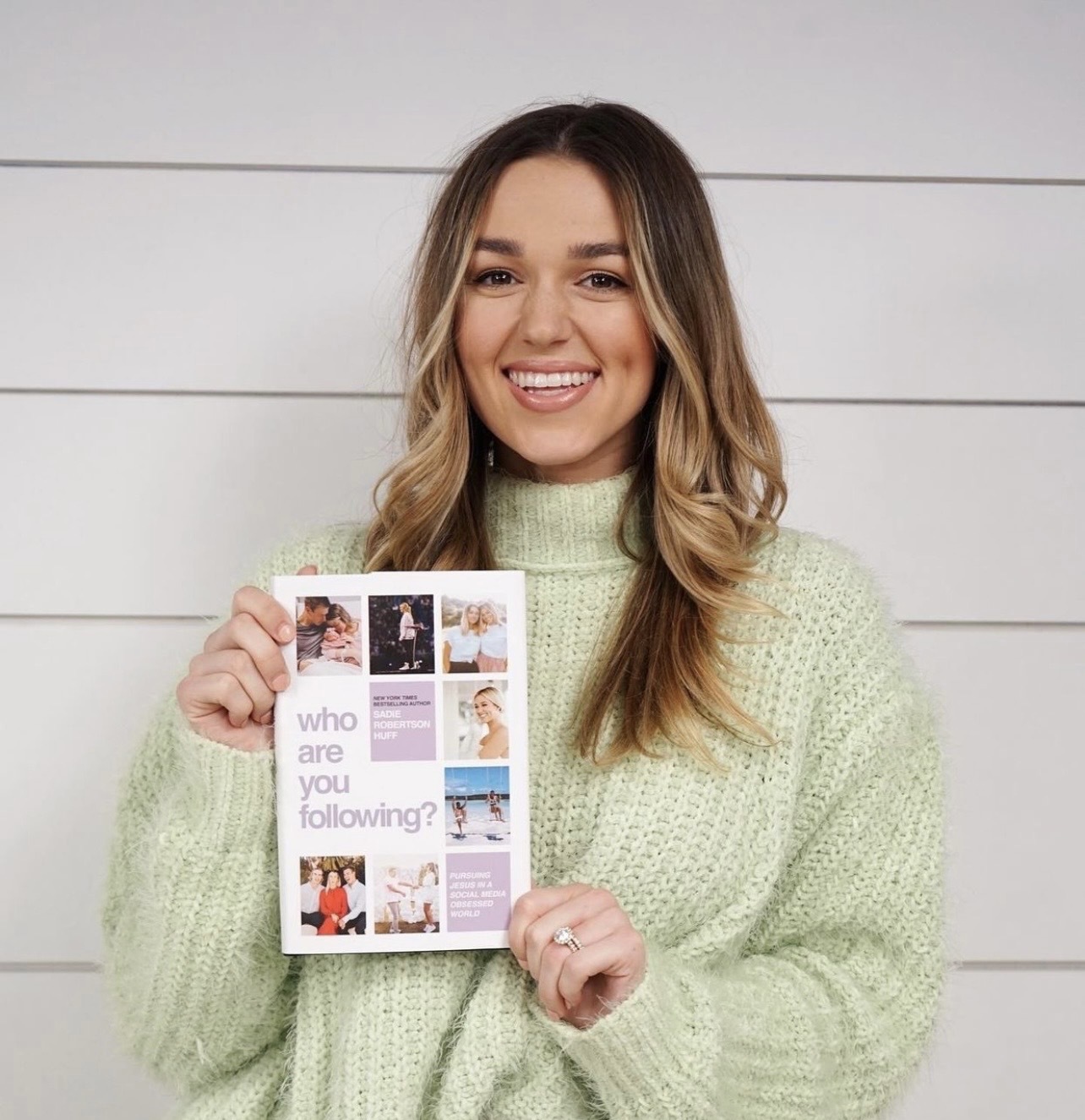 I am SO excited to share this excerpt from my new book, Who Are You Following?, available for pre-order now! I pray this encourages you and meets you where you’re at, friend!

I remember as a kid not being happy about being told to follow someone I didn’t deem worthy of being a leader. In elementary school our class had a special role assigned each week, the job of line leader. You didn’t have to do anything to get this leadership position; you just waited for your turn in alphabetical order. This meant that even the worst kid in the class was going to be the line leader at some point, which meant that you were going to have to follow him. There was even a song: “We’re following the leader, the leader, the leader. We’re following the leader, wherever he may go.” Following the line leader really bothered me. Even then I was aware of and thinking about who I was following and whether they were leading me in the right direction.

Or maybe your teachers assigned someone to “watch the class” while they were out of the room. Wasn’t it the worst when they assigned someone you knew wasn’t worthy of that role? The kid who was always causing trouble when the teacher wasn’t looking was suddenly the one “in charge.”

As an adult I’ve looked in the mirror and asked myself, Was I more bothered by who I was following and where they were taking me when I was a kid than I am now, when it matters more? My answer? Yes.

Be honest with yourself. I don’t think I’m the only one who would answer that question with a yes.

It’s easy to follow someone during their ten minutes of fame—the person with the biggest viral videos on TikTok, the trending “it” couple on Instagram, the reality star with the most dramatic scene of the week. Recently I heard someone say they think TikTok is the worst thing for our generation and they’d never let their own kid have it, yet they use it for their own entertainment. Don’t get me wrong. There’s nothing wrong with entertainment, but when we admit that this form of entertainment is “the worst thing for our generation,” we must be ready to ask ourselves, “Is this the way I should be entertaining myself?” 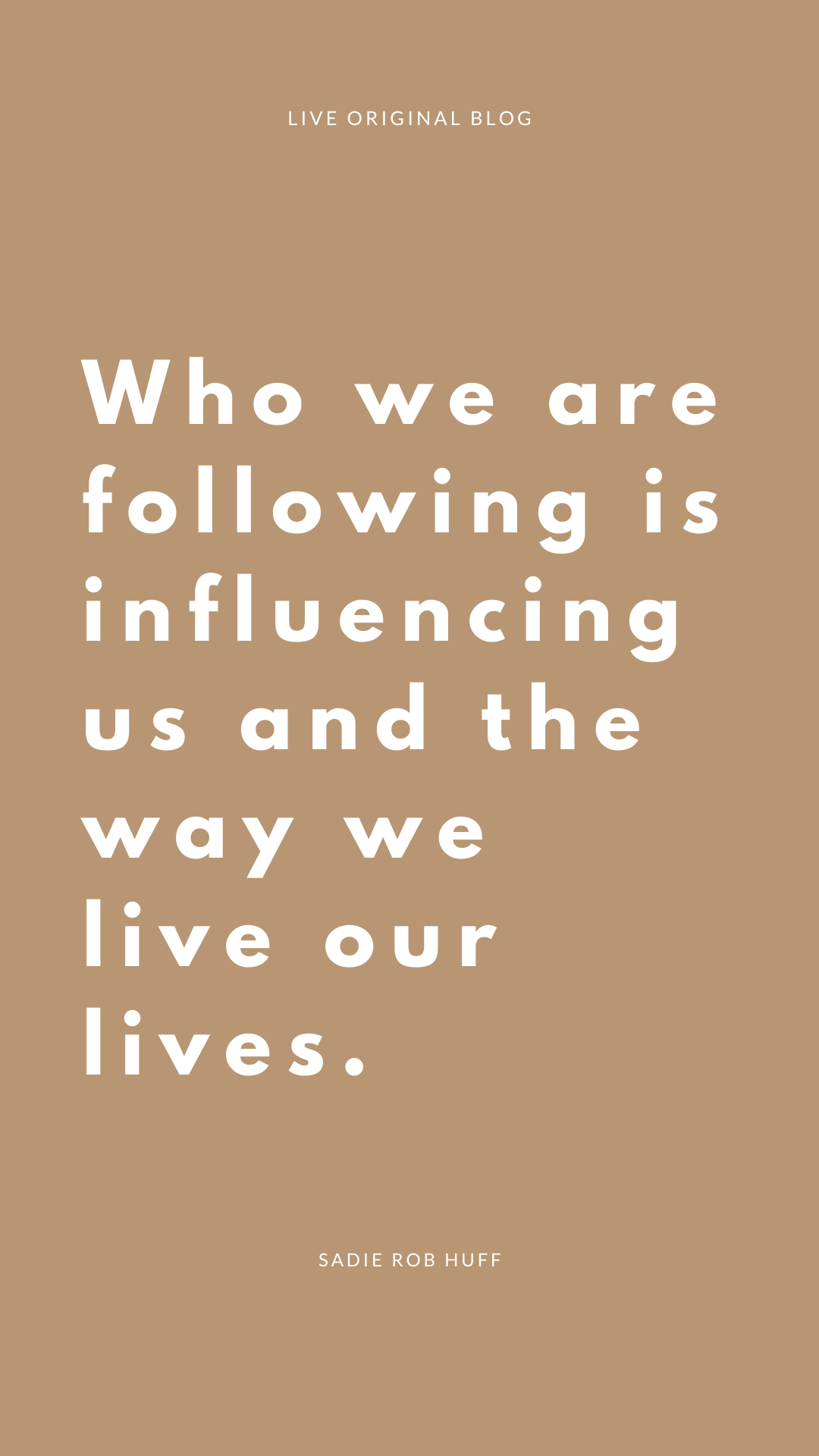 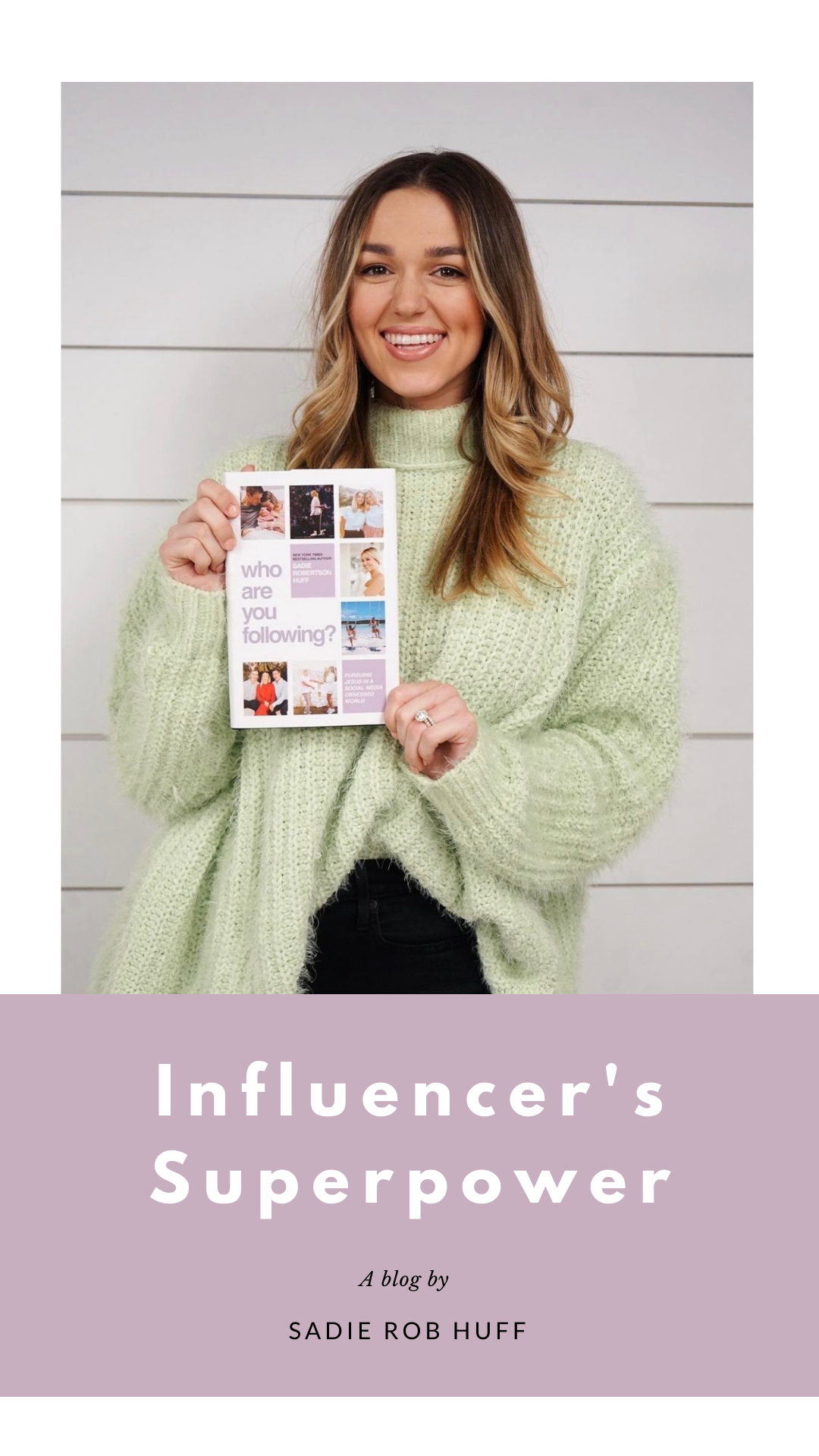 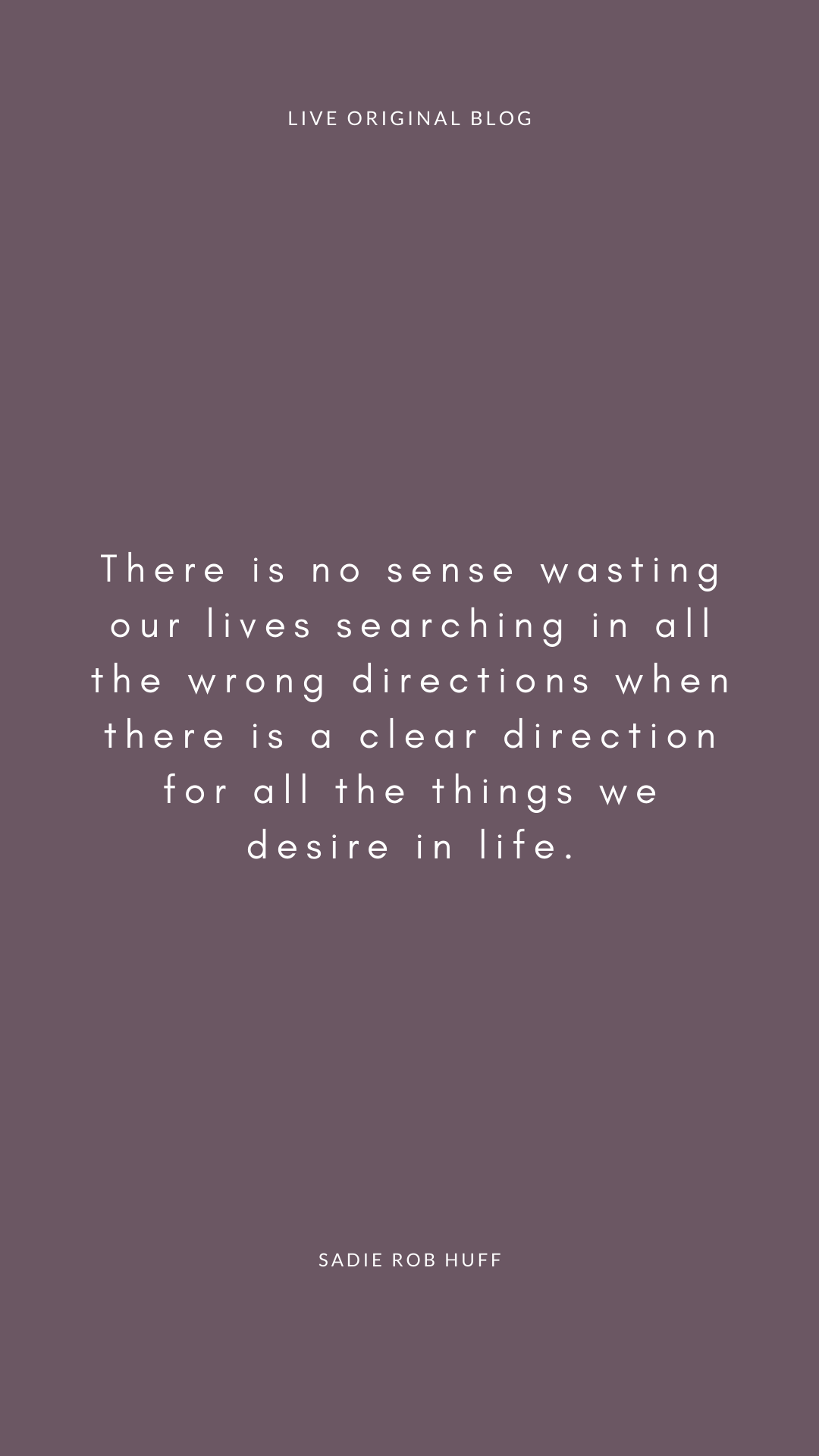 I, too, scroll through certain social media platforms more than I realize, more than I plan to. Especially when I look up and thirty minutes or an hour—time I’ll never get back—is gone. But the real question is, Who do we really want to follow? Especially when we realize that who we are following is influencing us and the way we live our lives.

Most of us don’t even realize the power that others’ influence has over us. If you’ve purchased something from a swipe-up link on Instagram, you’ve been influenced. If you’ve looked in the mirror and felt a little differently about your beautiful body after seeing perfect (and likely edited) bikini photos online, you’ve been influenced. You’ve been influenced if you can’t figure out why you’re lonely, why you’re insecure, why you struggle so much with confidence, and why you’re not finding the relationships you want to be in. At some point, you might even realize the power of influence when suddenly you’re looking in the mirror at a stranger.

The term influencer is a new one. It was just added to Merriam Webster Collegiate Dictionary in 2019. When social media began, it didn’t take long before companies started realizing that people were actually following what others online were doing, wearing, and using. So they tapped them to advertise their products. There is nothing wrong with this; I think it just highlights a fact that we can’t ignore: we are being influenced on social media. It’s literally in people’s job titles.

Not all social media influence is bad influence. Many of you probably heard about this book from social media. Maybe you watched a sermon online that changed your life. Maybe you met your spouse on social media! Social media is what we make it. I am merely pointing out that overall, the influence social media has had on our lives is negative. We can blame tech companies all day long, but I say this is our problem to fix.

The dirty little secret of social media is that we are often following people who don’t have a clear direction in life and may or may not really know who they are. So how in the world could we expect them to help us find who we are? Those women online with seemingly perfect bodies, the people in perfect relationships, and the perfect moms with angelic children? They are struggling with the same things we are, because they are human and have the same twenty-four hours in a day that we all do. In fact, there are times people even seem to view me like that. I get comments on my posts that say, “It must be nice to not have problems like xyz.” But the fact is, I totally have those everyday problems. I just don’t share them on social media.

So how do we follow the right path in life?