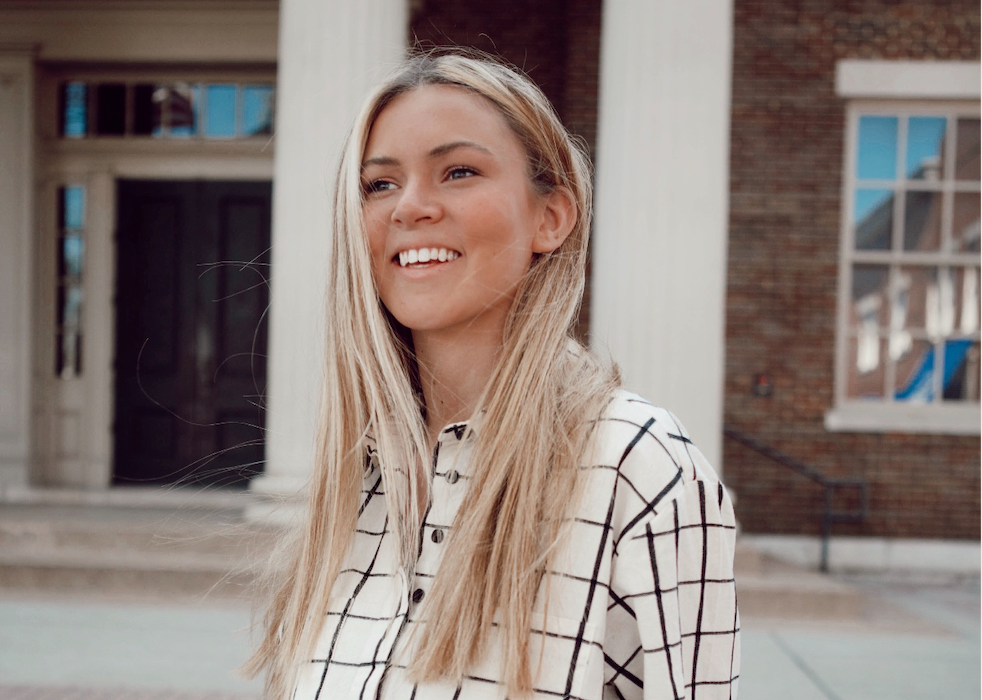 You’re In the Right Lane

Growing up, I really wanted to be athletic. I wanted to have a “thing.” You know? Something I was great at, but it seemed like everything I tried to make my “thing” was NOT my “thing” at all. I tried softball, cheerleading, basketball, break dancing (let it slide), cross country, tennis, discus, and track. Now, I wasn’t great at any of these. In fact, I was terrible at most of them. Except one, actually. Even though I was bad (and I mean really bad), in the moment, I genuinely thought that I was great. I had this strange confidence thing going that, if I saw someone do something awesome, allowed me to think to myself, I can do that too, maybe even better. What I finally figured out was that wasn’t confidence talking, that was delusion.

Confidence is defined as: the feeling or belief that one can rely on someone or something; a firm trust. Delusion is defined as: a belief or altered reality that is persistently held despite evidence or agreement to the contrary. I’m telling you guys, I persistently believed I could do exactly what I saw other people do and despite All evidence to the contrary, I thought I could do it and not get hurt.  I remember one track meet in particular.

I had decided that I was going to win. Now, here’s the picture. I ran a slow mile, even at my best, and I managed to spend most of track practice throwing the discus so I didn’t have to run. I was really only on the team so I could say I was on the team. But this one track meet, ohhh…I was going to win, so I had a new plan. I was going to run smarter, not harder. My strategy was to cut to the first lane really fast. If I could get out in the first lane before anyone else, surely I would win the race. On the day of the race, I lined up with a lot of confidence in my new plan. The gun sounded and off we went. I headed for the first lane as planned, but I was not as fast as my mind thought I was going to be. I was in everyone’s (those who could actually run faster) way. They trampled me. Down I went. With bleeding knees, I ended that mile race in LAST PLACE. It’s safe to say I had NO business trying to run in that lane.

My desire to be good at something, to put my confidence in something, to have a “thing” is a desire that many struggle with. There are people of all ages who work daily to find their “thing”. Some stay distraught and worried about it for years.  Sadly, many are desperate for it, but a “something” will never quite do what we think it will do. No job, no boyfriend, no goal weight, no “thing,” NOTHING, will satisfy. Because true confidence can never be found in a something; it can only be found in someone.

The One, The Rock, The Redeemer, The Provider, The Promise Keeper, The Faithful One, The Good Shepherd, The Trustworthy King, The True Light—God. Your identity can only be found in being the person God says you are. Confidence is found in God’s plan for you; anything else it a delusion.  Confidence isn’t based on what you bring to the table, it’s based on what you never could bring to the table. When we realize who our confidence is found in, we stop searching for the right things in the wrong places. We stop competing. We stop strategizing. We stop trying to cut in front of others. We stop running in lanes where our feet were never meant to go.

But we live in a world that doesn’t know this.

We live in a world that thinks we’re all in competition.

Yes, we live in a world that lacks true confidence so it thrives on comparison and competition. But, here’s the deal, when God’s children compete with each other, nobody wins. God doesn’t just have the best at His fingertips, He is the best. When people don’t know the one who is the best, they constantly search for the “next” best thing. They run from lane to lane, tripping on others and confused. They often hurt themselves and others in their effort to run in a place or space that wasn’t designed for them. That’s when we hurt the heart of God. God’s heart is for you to love who you are, not strive to be someone else.

Let me reinforce this point…there is no competition in Jesus Christ. You are designed to run your own race; you don’t need to cut lanes; you are in the right lane; you are in the perfect lane for you. God has placed you exactly where you need to be. “Her” lane is not “your” lane; “her” thing is not “your” thing. God knows what you need, and He knows what you want. He sets the perfect pace. Just follow Him. He’s never too early; He never shows up late. God’s timing is the right timing.

It’s not wrong to strive to be good at track or softball or singing or whatever, but be sure it’s what God designed you to do. Don’t try to run in someone else’s lane and don’t compare yourself to someone else’s life. Don’t look at that job, that relationship, that car, that social status, that friendship, that family and say, “why not me?”  Lay it down and ask God for true confidence that comes from knowing God and who you are in Him. He hears your voice, He leans down to listen. He loves you so very much. Watch Jesus. Watch your race. Stay in your lane. Just do what God tells you to do.

God has so got you. Even though the world confuses delusion with confidence, you don’t have to. God is your confidence. God is your “thing.” He gives you identity.

You are His. And that, my friends, is everything.

Gracie Tucker is the owner of The Milkshake Bar opening June, 2019, and also works alongside her sister at Imago Dei in Franklin, TN! She loves spending time outdoors, traveling, hanging out with her friends and family, and is also known to make a mean milkshake.