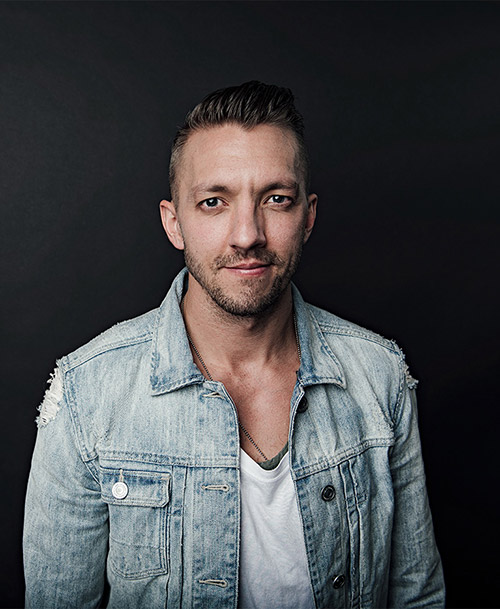 There’s this story in the bible about dating and marriage. It’s shocking and unbelievable. It almost doesn’t seem real, but I can assure you: to Jacob it was very very real. Jacob fell in love with Rachel – daughter of Laban, sister of Leah. Jacob promised Laban he would work for him for 7 years and in return have Laban’s blessing to marry Rachel.

Long story short, Jacob completed his time, which ended in a feast where Laban would give Rachel to Jacob. We don’t know much about this party, but we do know there was an open bar and that the beer flowed like wine. How do we know this? Notice this next verse:

But when evening came, [Laban] gave his daughter Leah to Jacob. And Jacob made love to her. (v. 23)

How drunk do you have to be not to notice that the woman you are making love to is not the one you just got married to? Yikes.

Even though cultures have changed, thousands of years have passed, and things are done very differently now, the exact same thing could happen to you. You could think you’re marrying Rachel, but wake up one day and realize you are hitched to Leah. As time passes, and the fog of deception lifts, you might discover that what was on the outside wasn’t the same as what was hiding deep down on the inside.

I’m not here to tell you to kiss dating goodbye, I’m here to tell you if you don’t fight for honor and take the time to really know the person you are dating, you’re kissing the life Jesus died for you to have goodbye.

The easiest way to marry the wrong person is to rush. Why is it so tempting to rush things forward? Because infatuation is easily mistaken for love. When you are infatuated with someone, you lose your mind. It’s like that scene in Bambi when everyone gets twitter-pated. You get love drunk, and the effect is so powerful that it’s spellbinding.

Rushing to Vegas or the courthouse—or at the very least moving in together—seems like the right thing to do. These feelings are good things. They’re just not enough to build a life on. No one can sustain that high forever; it would kill you.

Instead, date each other long enough for the fireworks and chemistry to either dissipate or mature. To do that, you have to come to a place where you realize the person you’re dating isn’t perfect. Then you can either move on or choose to commit to loving who that person really is, not just who you see him or her to be through the steam coming off of the newness of the relationship.

In the infatuation phase, you can’t trust your feelings and you shouldn’t rely on the substitute of physical intimacy. So what do you do? You need to ask these kinds of questions:

What do the trusted, godly people in my life think of the relationship?

I’m not talking about your cousin who has been married three times or the girlfriend who sleeps with everything that moves. I’m talking about your pastor, your small group leader, or your parents, if they’re believers. What do they think of the relationship?

You might object, “But they’re all wrong. Everyone’s against us. It’s a conspiracy!” Let me be straight with you: If the people who love you are all saying the same thing, there’s a reason. Comments like “I don’t like the effect he’s having on you” or “She seems to be pulling you away from Christ” act as a blinking red light on the dashboard.

Where and when did you meet, and what do you truly have in common with each other?

If you say, “I don’t like the people I meet. They’re only interested in one thing” then maybe fish in a different pond and use a different bait. If you don’t like what you’re attracting, do something to attract something else. The club is a great place to meet someone to hook up with. I think God’s house is a great place to meet a man or woman of God.

Is your relationship before marriage honoring God?

Are you taking something from each other that actually belongs to your future husband or wife?

I can hear you now. “Gotcha, Levi! Yes, we’re sleeping together; yes, we’re living together. But we are going to get married. And once we do, it means what I took was actually already mine. I was just getting it early. Inception!”

To the contrary, you are actually teaching your significant other during your single years whether or not you honor God’s standards and boundaries. If you can’t be faithful before marriage, why should they think you will be faithful in marriage?

So here’s a new game plan. Instead of focusing and fixating on finding “the right one,” channel your energy into being “the right one”. As Matthew wrote, “Seek first the kingdom of God and his righteousness, and all these things shall be added to you” (Matthew 6:33).

A verse from Genesis was instrumental in Jennie and my’s relationship: Jacob’s dad Isaac was in the fields in the evening. And he lifted his eyes, and there was Rebecca.

Isaac wasn’t out there playing the field; he was harvesting the field. I don’t know of a better way to meet your wife or husband. Jesus said that the laborers are few but the fields are ripe for harvest (Luke 10:2). That should occupy your time in your single years. Give it all you’ve got! If you simply focus on fulfilling the Great Commission—a mission to go fishin’ for souls—I believe that one day you will lift your eyes and see a fellow fisherman or woman who is as passionate about the field as you are, and it will make sense to fish together. Do what God has called you to do. Run in that lane. Then one day you’ll lift up your eyes, and there they’ll be.