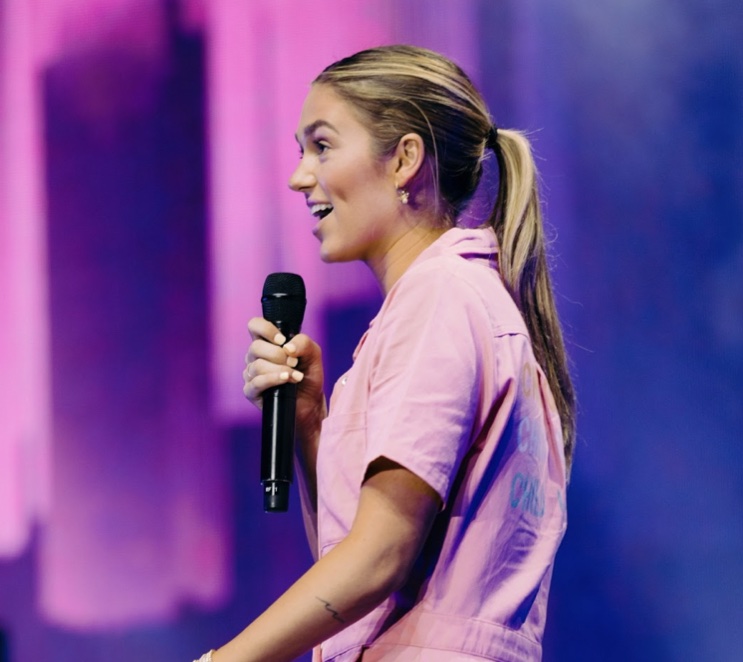 I absolutely love one of the stories found in Matthew 25. It’s about the ten virgins and it’s always captivated me because when I was younger and read “the ten virgins” in this story, I was always a bit confused. But I began to replace “virgins” with “bridesmaids” to make it a bit easier to understand. And if you study the culture of Jewish weddings, it’s really interesting that the way they did weddings is so different than how we do them. And I honestly thank God because their way of doing things would be stressful. Weddings are already stressful enough. But let me explain how they did them. There were three different stages of a wedding process. So, you get engaged, then there was a commitment process, and I’m not too sure of all its details. Then, before you actually get married, the bridegroom (AKA the future husband) would go away to get the home and basically their whole life together ready for them. Well, in the meantime, the bride didn’t know when the bridegroom would return, meaning she didn’t know when the wedding day was going to be. So, every day she would have to prepare as if that were the day she’d be getting married. That is some major stress, am I right? Not only would the bride have to be prepared, but also her bridesmaids. We all know being in a wedding takes a lot of work, right? Which makes this even crazier! The bridesmaids would have to light their lamps because oftentimes the bridegroom would come at night and needed the way lit for himself. So, the bridesmaids’ job was very important.

I love how Jesus relates this story to what it’s going to look like when He returns.

At midnight the cry rang out: ‘Here is the bridegroom! Come out to meet him!’

Then all the virgins woke up and trimmed their lamps. The foolish ones said to the wise, ‘Give us some of your oil; our lamps are going out.’

‘No,’ said the wise ones, ‘or there may not be enough for both us and you. Instead, go to those who sell oil and buy some for yourselves.’

But while they were on their way to buy it, the bridegroom arrived. Those who were ready went in with him to the wedding banquet, and the door was shut.

Later the other virgins arrived and said, ‘Lord, lord, open the door for us!’

But he replied, ‘Truly I tell you, I do not know you.’

Therefore keep watch, because you do not know the day or the hour.” Matthew 25:1

That’s a pretty intense scripture. It’s basically just reminding us to be prepared for the returning of Christ. For we don’t know the day or the hour.

Well, recently we were kind of talking about this in our office because I needed to delete social media for a couple weeks in order to step away for a second. And I was feeling a bit convicted by stepping away because I always tell people not to hide their light. I encourage them to use social media to shine their light, actually. So, I was a bit hesitant to delete it, even though my soul was desperate for a break and to just be with the Lord. Then I was talking to my team about it and realized that you need oil to light the lamp. And if I don’t have oil, my lamp is not going to be very bright. It was in that moment that I decided to make the decision to take a break. So, I wanted to use this space to talk about what it looks like to get your oil and have a light that sustains. In verse 2 of the passage above, it says that 5 of them were foolish and 5 were wise. My guess is that for most of us, when we think about foolish people, we think about people who are living their lives recklessly and foolishly. We don’t necessarily think about ourselves. But for these women, it wasn’t as obvious that some were foolish. They’re all friends with the bride and they obviously have somewhat of a respectable reputation that they would be asked to be a part of the bride’s day. So, what made them foolish?

Here are a few things they were:

When you think of foolishness like this, it’s honestly pretty relatable. Sometimes I’m all of these things. Well, then there were 5 wise people.

Here’s a few things they were:

All of these things are truly a requirement in order to have light. Recently, I was in my jeep and my low oil signal was on. Well, I ignored it and after a few days it changed to “oil required.” Something had shifted. The reason I hadn’t gone to get oil was because it would have required me to go and sit for a minute, and I just didn’t have time for that. It’s little things like that that don’t really seem like a requirement that actually end up being really detrimental later. A lot of times we can put them off, and all of a sudden, you really see how crucial it was to sit and receive what you needed. Wow, that’s such a word for just sitting with the Lord. It’s easy to get so busy and neglect time with Him until all of a sudden we have nothing left to give. If you’re seeing the low oil sign, go ahead and address the problem.

When the foolish people took their lamps, they didn’t have any oil, so it actually meant nothing. I think a lot of times you can bring your lamp places and think you can get by just because it looks like you have a lamp with you. But in all reality, your lamp alone won’t do anything for anybody. It’s your oil that’s going to change people’s lives. We have to make sure we have what makes our lamps have meaning and purpose. And that is the Spirit of God. The religion side of it may be the lamp, but the relationship side of it is definitely the oil.

On the other hand, the wise didn’t just have enough. They had extra oil in their flask. At first, my mind thought, “Well then give them the extra oil!” But it’s really important to realize that somebody else’s oil cannot light your lamp. Their light can lead you, but it can’t light your lamp. Only the light of Jesus can. So, yes. Surround yourself with great people who are preaching Truth. But remember that getting oil for yourself isn’t something anyone else can do for you. So, even though they had extra oil, it couldn’t help any of the others out because the oil was an individual decision.

When my oil light came on in my car, it was a true reflection of my spiritual life at the time. When I saw that light I could feel my spirit saying “low oil, need maintenance.” So, for two weeks I just paused for a second and sat with the Lord. And even though my life was still really busy for those two weeks, it just rejuvenated me in a new way because I knew the maintenance was needed. Most of the time, you’re the only one who can truly see the signals in your life and know the shift you need to make. It’s your decision to get the oil you need.

When I returned to social media, it was cool to see the words the Lord had given me during that break that I was able to share with other people. My oil refill meant giving up social media, but it can be any area of your life. You know where the maintenance is required. And it’s always worth it. You know what’s awesome? I got the oil changed in my car, and I felt peace again. I took my social media break to spend time with the Lord, and when I came back to social media I felt peace. The minute that you actually respond to the problem, you begin to feel peace. God can fix those things. The problems don’t always go away. Sometimes it can take months, years, or however long. But you’ve got to respond for it to ever be fixed.