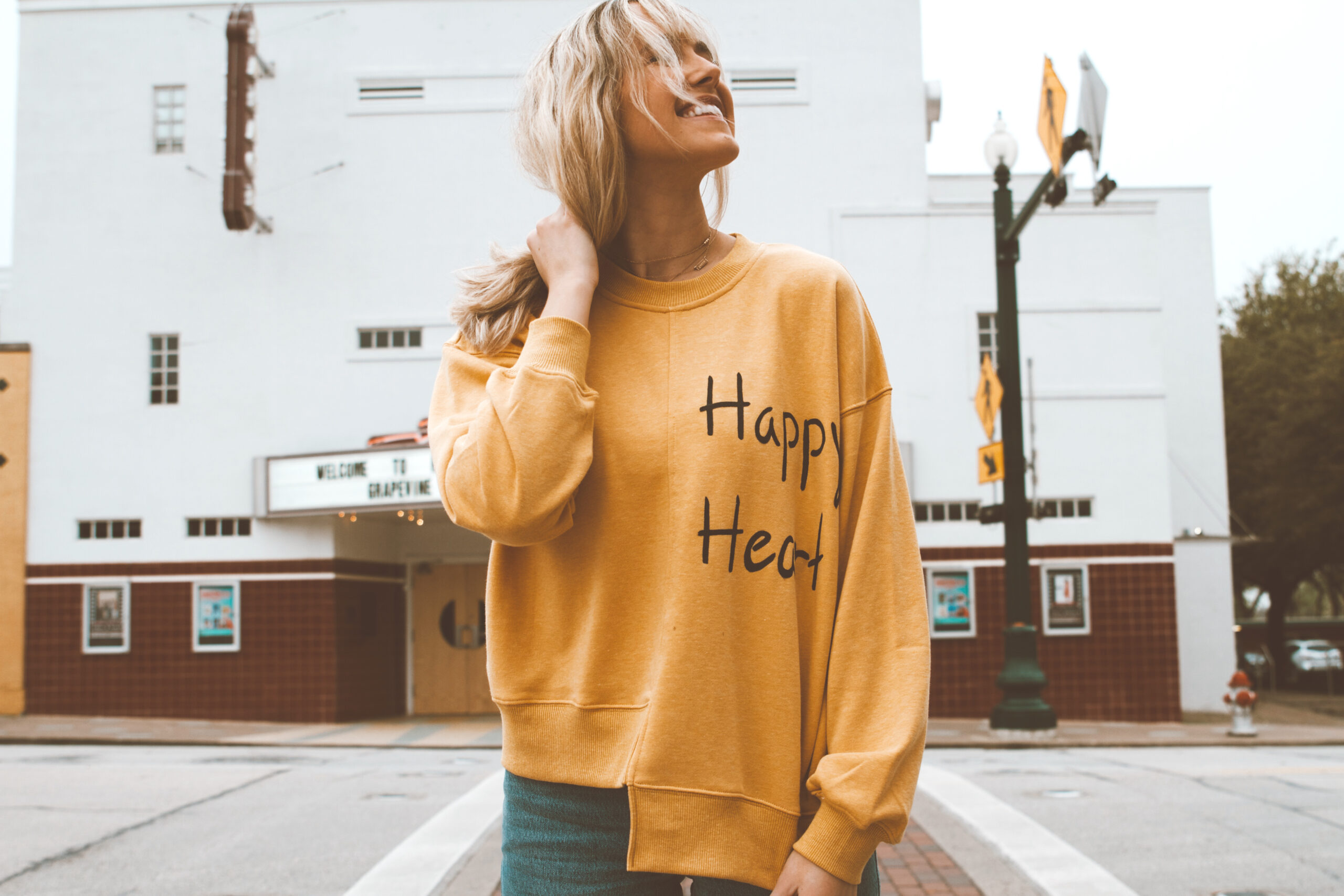 Message from Team LO: We are so excited about today’s post from our favorite, Laney Rene! Laney has written an exclusive study on the book of Ruth, launching TODAY in LO Fam! We are giving away your first month free (limited time only!) so join today and be a part of this new study, mentorship from your favs, and global community!

Have you ever heard the story of the woman at the well? You might have, but I’ll give a little summary just in case.

Jesus left Judea to go to Galilee after hearing what the Pharisees were saying about Him baptizing more people than John.

On His way to Judea, He had to go through Samaria.

Jesus was tired from His journey, so He sat by a well.

While He was there a woman from Samaria came to draw water from that well.

Jesus asked the woman for a drink, but when He did the woman couldn’t understand why a Jew would ask her (a Samaritan) for a drink of water.

Because “traditionally” the Jews wanted nothing to do with the Samaritans.

So she said to Him, “Why would a Jewish man ask a Samaritan woman for a drink of water?”

In reply, Jesus said to her, “If only you knew the gift of God and who it is that is asking you for a drink, you would’ve asked Him for a drink and He would’ve given you living water.”

The woman, seeing that Jesus had nothing to draw water with, goes on to tell Him the well is very deep. “So where do you get this living water?” she asked.

The water that I shall give him will become in him a fountain of water springing up into everlasting life.”

After this, the women said to Jesus, “Give me this water that I may never thirst again and have to come back here to draw water.”

Jesus, in reply, said, “Go get your husband and bring him back here”, already knowing that she didn’t have a husband, but that she had 5! And, the man she was currently living with was not her husband.

The woman then said to Jesus, “You must be a prophet! So tell me this… Why do our fathers worship God here on this nearby mountain, but your people teach that Jerusalem is the place where we must worship. Which is right?”

Jesus responded to her question saying, “Believe me, dear woman, the time has come when you won’t worship the Father on a mountain nor in Jerusalem, but in your heart. Your people don’t really know the One they worship. We Jews worship out of our experience, for it’s from the Jews that salvation is made available. From here on, worshiping the Father will not be a matter of the right place but with the right heart. For God is a Spirit, and He longs to have sincere worshipers who worship and adore him in the realm of the Spirit and in truth.”

Then the woman said, “This is all so confusing… but I do know that the Anointed One is coming—the true Messiah. And when he comes, he will tell us everything we need to know.”

Hearing this, Jesus said to her, “You don’t have to wait any longer, the Anointed One is here speaking with you—I am the One you’re looking for.”

“At that moment the disciples returned and were stunned to see Jesus speaking with the Samaritan woman. Yet none of them dared to ask him why or what they were discussing. All at once, the woman dropped her water jar and ran off to her village and told everyone, “Come and meet a man at the well who told me everything I’ve ever done! He could be the Anointed One we’ve been waiting for.” Hearing this, the people came streaming out of the village to go see Jesus.”

I know I basically just had you read a whole chapter of the Bible and this is a blog post, but I had to have you read all of it to get to what I believe Jesus has been putting on my heart to share. Lately I’ve been noticing how much traditions can affect our lives. Whether we realize it or not, we all have traditions. Some traditions are amazing, life giving and remind us where we came from or can be sweet things we do with family. Other traditions can be out of obligation, because that’s what “everyone” does or because we think that’s what everyone should do.

By definition, a tradition is “an inherited, established, or customary pattern of thought, action, or behavior (such as a religious act or social custom).”

I’m sure we can all think of some good traditions we’ve inherited and that have been passed down by family, but have you ever wondered why you actually do some of the things you do? Is it possible that some of the traditions we have actually take away from relationships with others, rather than add to them?

Often times in the Bible we see Jesus forsake human traditions and customs for the sake of relationship and to reach the heart of a person.

Let’s use the woman at the well as an example. This woman probably woke up that day just like any other day and did what she normally would do by going to draw water from the well. She was doing what she would traditionally do. Jesus, on the other hand, didn’t seem to live many days doing the exact same thing.

Jesus came into the world by breaking one of the most common and socially acceptable things there is by the way He was born.

When was the last time you heard of someone being born of a virgin? …probably the same time I did, being Jesus.

He began His life by breaking a tradition and, since then, He hasn’t stopped.

Things that are expected and “traditionally” done, could often make us miss the whole point or the person for that matter.

At the well, Jesus spoke to a Samaritan woman. Tradition would’ve told Jesus to stay clear of this woman, maybe to even find a different well to go to, but, as we can see, tradition didn’t seem to make Jesus’s decisions. Jesus did the opposite of what was often “socially acceptable”.

Catching the woman off guard, we saw her defenses go up. Trying to get what she needed and leave per usual, she probably was thinking “Now why is this guy talking to me? Doesn’t he know I’m a Samaritan and he’s a Jew… we’re not supposed to talk to each other.”

But Jesus didn’t care about being socially acceptable, or keeping the law of tradition, Jesus wanted to give her true life.

Notice Jesus knew everything about her and still was only concerned about one thing… that she would never thirst again. He wanted to give her everlasting life.

He wasn’t focused on the “do’s and don’ts”, or the “rights and wrongs” of traditions.

He wasn’t concerned about the right place or the right time.

For He said, “Believe me, dear woman, the time has come when you won’t worship the Father on a mountain nor in Jerusalem, but in your heart.”

And here’s my favorite part of the story!… “All at once, the woman dropped her water jar and ran off to her village and told everyone, “Come and meet a man at the well who told me everything I’ve ever done! He could be the anointed one we’ve been waiting for.”

Notice… the woman left her water pot at the well.

When the woman encountered Jesus she completely forgot what she came for because her need was already met.

No one told the woman to go tell everyone she knew. No, the living water was springing up just like Jesus had told her it would and naturally she couldn’t help but share the good news.

One encounter with Jesus led to the Gospel being spread to many. She couldn’t help but tell others about the man she had met.

She was naturally leading people back to the well.

Jesus often leads us to break the laws of human tradition.

It’s the unexpected and the things in between.

It wasn’t Judea or Galilee, it was Samaria. It was the stop in between the two destinations.

It was the place that wasn’t a part of the “plan”.

It was the encounter that wasn’t socially acceptable.

It was the human interaction and face to face moment.

It was Jesus, just Jesus, meeting a woman right where she was.

Something tells me Jesus didn’t have a schedule. Or if He did, He must’ve always been late to everything.

Jesus never seemed to be in a hurry.

He always had time for what to us “millennials” would probably be inconvenient.

But just because Jesus might not have had a very tight schedule, it definitely didn’t mean that He didn’t have purpose or that He wasn’t very important.

Busy-ness can often hinder us from true relationship. It’s good to have a little room for the inconvenient and non-traditional.

Jesus always had room, and I think we can learn something from Him 😉