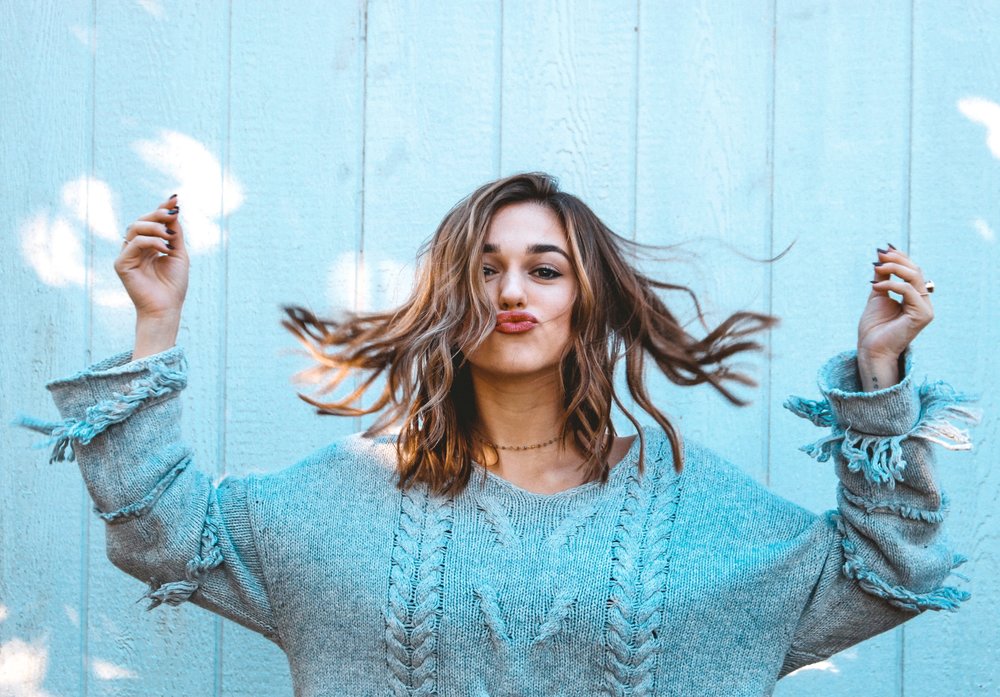 The Struggle May Be Real

I was in the car with my support team and greatest friends on an exciting trip to Atlanta, to speak at passion city church college night on May 31st. We were just a mile away from where we needed to be and stuck in a little traffic, when I looked over and locked eyes with a homeless man. Immediately when I locked eyes with this older African American gentleman, I felt the Lord say in my Spirit, “go put my word in His reach and then you will understand how I feel.” I asked the guy who was driving to turn the car around and drop me off where the man was sitting. All I had to give was my bible, so I began to walk up to this man and I knelt down on his level. When our eyes locked, I realized something. Physically you can be worlds apart from someone, but spiritually you can be in the exact same place.

I feel like many of us can relate to the image and posture of shame that this man embodied on that day. I have enough sense to know that man did not just wake up one day on the ground homeless. Feeling lifeless. Feeling hopeless. Alone. Unworthy of love. A series of events had to of taken place for him to be where he is. Maybe today you woke up to a home and a family, and you look like your standing – but you actually feel like you are sinking, and have an overwhelming feeling of isolation. The posture of your heart may feel similar to the image of this man, on the heat of a Georgia day who did not feel worthy of change.

I walked up to this man and simply put my bible out in his reach and said, “hi, I’m Sadie. I know this is probably not what you are wanting, but I want to give you this. It means everything to me and I would really like it if you would have it.” He looked at me a little shocked at first and kindly said, “no ma’am I’m so sorry, but I cannot take that.” I said, “oh sure you can! I would love for you to have it.” tears began to swell up in his eyes and he said, “I’m really sorry ma’am I just cannot take it.” once again I pressed on and began to tell him how It has all my notes in it, and how it has changed my life, but he cut me off and very harshly with a stern voice said, “NO! I cannot take that, because I am an atheist.” I said I would respect that, but again stated to him how badly I wish he would just take it from me.

That is when my heart broke and I began to sob, because I felt the Lord breathe in my spirit… “This is how I feel.”  We believe that there is hope for everyone else, but we could not possible to worthy of accepting belonging, and shame isolates us from the feeling of love. We allow the worldly cycle of sin in our life produce a load of shame, and that brings us to the state of isolation, homeless, hopeless and lifelessness. Jesus came and defeated death, and gave us the gift of life – and an invitation into an eternal heaven, invited out of the darkness of the world and into an eternal wonderful light. In an instance, by accepting Him in and receiving His great love, we go from being homeless to having a forever home. We go from being hopeless to having a hope for a future. We go from being lifeless to having life abundantly and eternally. We go from being isolated and feeling alone, to belonging to a heavenly family and a good good father.

You may be like the homeless man, not feeling worthy of accepting His love – but the thing is, He gave His life and gives us mercy not because of anything we have done or could have done to deserve it, but because of His great love and ridiculous grace. If you are the one sitting in the pit of shame, it is time to rise up and pursue Jesus.

In Mark chapter 5, we find an example of what can happen when you change your posture from shame to pursuit – all from a woman who was struggling from a long-term issue. She had suffered from bleeding for 12 years. It says that this woman went to see many doctors, and spent all that she had yet instead of getting better her issue just got worse. Some of you may feel like this. You have struggled with the same thing for years and years to come, and tried many options, but instead of getting better it has just gotten worse. Now you’re at a point where you have almost given up, because the suffering has become unbearable. I want to tell you right now…no matter what it is you are suffering from or how many options you have tried that didn’t work, or how many years you have been in the thick of it – there is an option left and His name is Jesus, and He has never lost a battle.

He responds to a pursuit of faith. It took this woman breaking through the cycle of shame, and pushing through pain. She had to boldly go into a public place with her condition, but to her…it was all worth it. She thought to herself, “If I could just touch His clothes, then maybe I would be healed.” It says, “Immediately when she touched His clothes she was healed.”

Maybe it is time for you to take off the weight of fear, addiction, pain, guilt and shame. Rise up and go out of your normal, worldly way to pursue your heavenly father. This woman was the first woman in the four gospels that Jesus ever called daughter. A woman who was isolated from her community, who felt lifeless, hopeless, and unloved. In an instant, she was healed and redeemed, and her life was restored. She belonged to a Father. She walked away that day in peace –  free from her suffering, because that is how Jesus sent her off. It may be time for a posture change. The only thing stopping you from going to the homeless man, to the healed woman is a pursuit and an ounce of faith.  It was by hher faith that she was healed.