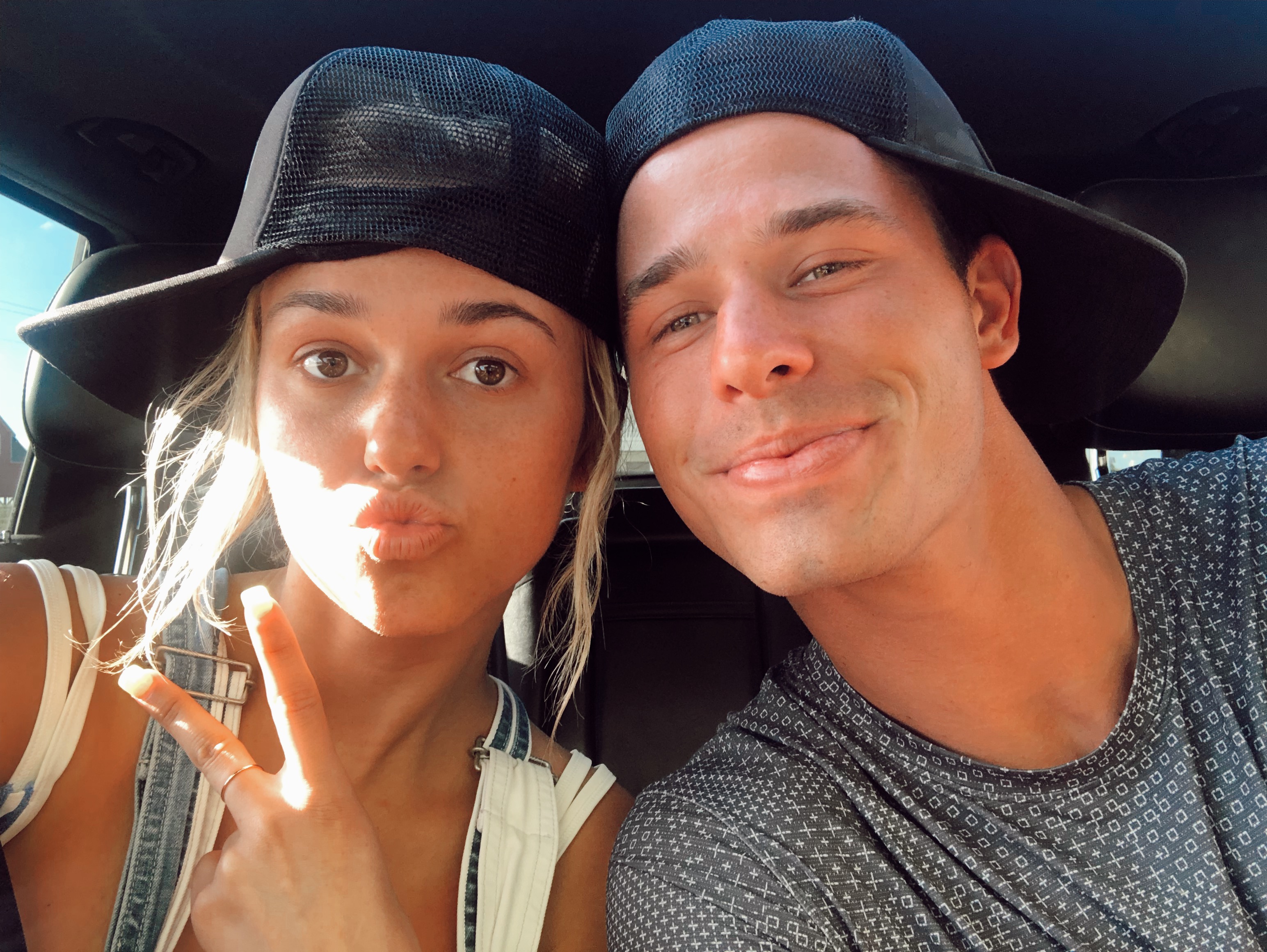 If you know me, then you know that I tend to overthink things. It is arguably the most annoying thing about me. That might sound funny to hear that about me, but it is just true! I cannot tell you how many times I have heard the dreaded sentence, “You are overthinking it,” said to me when I am sharing 1,238,292 case scenarios that I have thought of over a single situation.

So, I wanted to just go ahead and start a new blog series called, “Things in Life I Overthought.”

Things I really just wish I had cried less tears over or thought less thoughts about or stress less about or strived less for because hindsight is 20/20  and, as I really always knew— GOD HAD IT.

I majorly overthought this one. Honestly, my dialogue was a little off when it came to my perspective of whom I would marry. Speaking in movie terms, most people might envision who they are going to marry as a rom-com or a hallmark movie, but for me, it was more of a mystery.  I was always trying to look into every clue, every motive, every sign, figure out the plot, look at every suspect and make deductions.  It was a full-on suspense movie going on inside my head. If you could hear my inner dialogue it may sound like this –“Who could it be? Maybe it is him, because he asked me to go to coffee and I said I want a guy who likes coffee? Coincidence or sign? Could it be him, because he said ‘God bless you’ when I sneezed and I said I wanted a man who loves God? And he’s tall, dark and handsome? Gotta be him.” Then I would go back to the house, call one of my best friends and see what they thought of all of the clues.

This mystery-solving mindset will pretty much give you what any other mystery movie would give you– drama and confusion. It may be fun to watch, but it is not fun to live. What I found is this: when it comes to meeting the person you are going to marry, is it is not like a mystery movie, and truthfully, it is not always like a rom-com or a hallmark movie either. Believe it or not, everyone –it is more like a true story. *Gasp, I know, shocking, huh? There is normally not a sound track for all the magical moments or step by step clues giving you some mystical insight – it is the story that the Creator has intentionally written for you and your future spouse.

The day before I met Christian I had basically surrendered to mystery-solving dating. I had waved the white flag and said, “I’m done!” I told all of my friends (it is even on a video) that I was not going to date anyone for six months. I had become so frustrated and discouraged with months of dating and trying to figure out if he was the “one” only to end it all in a break up. Yes, it’s ironic that I met Christian the very next day! The day after my surrender!

Christian is a super affirming person, and anytime I start a sentence with “do you think…” he always starts his answer with, “I don’t think – I know.”  The funny thing is, when Christian and I started “talking,” I honestly did not think about anything – we just naturally started getting to know each other.  He never even asked me if I wanted to be his girlfriend and still hasn’t, haha! (But he did ask me to marry him, heyo!) I just knew that I was his and that I was the only one he was pursuing. He left no room for me to ever question that – it was just known. There was never a thought about us breaking up. I just knew I did not want to spend a day of my life without him. And he felt the same.

Our futures started to make sense together. Our individual stories began to form an even better story when combined. There was not much to think about. It was always clear where both of our hearts were and where we both wanted to go. It was evident that God could use us to help one another achieve our purpose. I did not have to overthink things. Our actions and words to each other allowed us to rest in the natural progression of a relationship. It was beautiful and freeing to not have to second guess every move either of us made.

In real life, it’s never fun to know a surprise before it happens. If you do know the surprise, it’s a fact that you will not react the same way you would if you truly were surprised. Once you know about the surprise, it’s not a surprise. You tend to overthink the way you are going to act when the surprise (that is now not a surprise) happens, when you see the people, when you hear the words “SURPRISE” called out. Your response will not be as natural—no matter how hard you try. It will not be the same. I think this is God’s plan for us as He chooses our spouses.  God wants to surprise you with what He has planned and prepared for you. And, if you ask for His help and His guidance, He will give it to you.

So, don’t try to figure it out before it happens. Know that God is working with two beautiful hearts and is preparing each one for the other person. It takes time to get some really important details together. For me, I will tell you this, I am so surprised it is Christian. And we are continuously surprised by the details that God puts into our story. Wait for your real life story – it will surprise you in the best way!