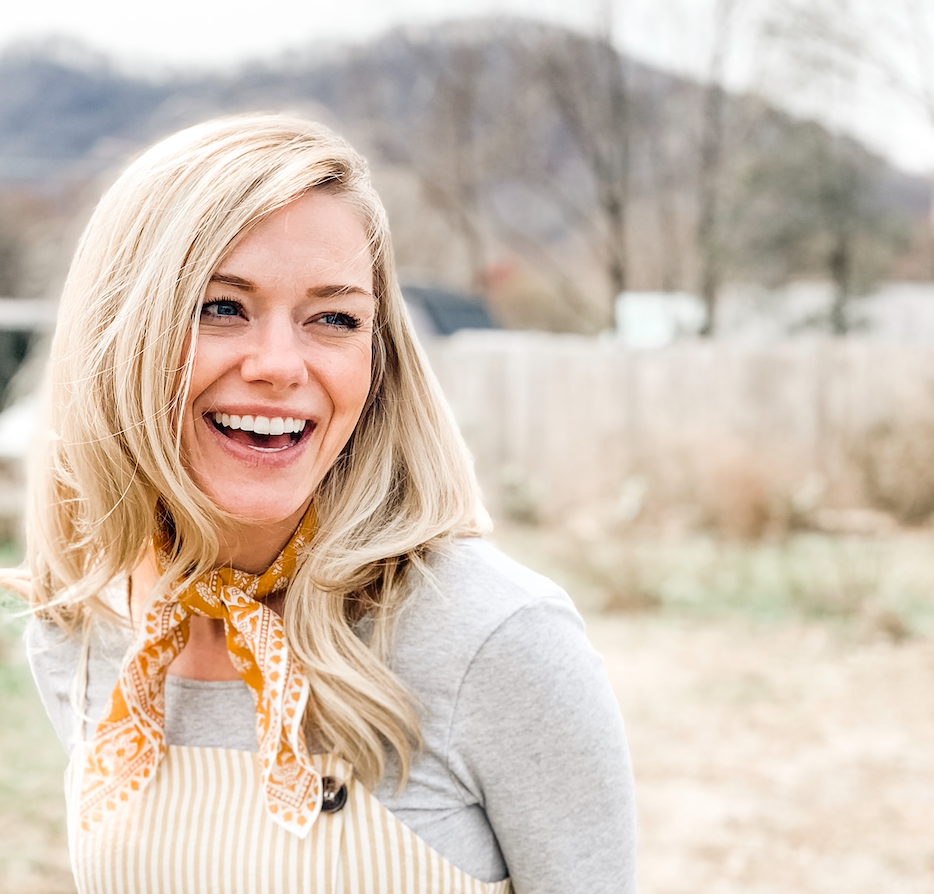 It was literally the checking off of a box on a list of accomplishments that I had deemed worthy of fulfilling in order to keep up the image I felt the need to portray.

WOW. So, you should probably read that sentence again, because, pretty sure, I could drop the mic right here and be like, JESUS TAKE THE WHEEL, because the Holy Spirit straight up read my mail as this thought crept into my mind.

Even twenty years later I can recall this particular night in an instant. Like one of those moments in time when you knew something or someone was about to change. I remember the smell of my car and tossing my homecoming crown in the back seat as if the very weight of it on my head felt overwhelming. This thought kept clamoring for my attention and I just couldn’t let myself go there. The Holy Spirit was attempting to speak truth into my heart, a truth that could have set me free, but at the young age of eighteen I was not ready to hear it. I was not ready to change my priorities and it would be nine years, one husband, and three kids later before I would let myself take a small glimpse into the idol that had held my heart captive.

THE IDOL OF MY OWN IMAGE

THE IDOL OF NEEDING TO BE THE BEST

THE DEVASTATING IDOL OF PERFECTION

When perfection becomes your idol, you will then train yourself to live a life in hiding. The need to cover every flaw and mask every imperfection will become a top priority. You will get used to filtering every single image of your life. You will live in bondage to the idea that as long as you can hold it all together, you will feel worthy. Then, you will feel good enough.

But the truth is you just feel exhausted and lonely.

Exhausted because there is always something on your body or in your life that begins to sag. There is always someone else’s life displayed through square images on a screen that represents more perfectly the perfection you long for. In a rush to maintain, you will spend hours nipping, tucking, smoothing, and purchasing your way to satisfaction, except it never quite seems to satisfy.

Lonely because you have no one in your life that knows you. No one who knows your fears or understands your struggles. Lonely because letting someone in would mean to admit that you are messed up and that scares you to death!

This was me. The me that lived to please others, to please myself, and to maintain an image that somewhere along the way I had come to believe was actually real. But, in reality, it was the greatest lie of all. Like Eve, I was hiding behind fig leaves and had become numb to how truly uncomfortable they were.

The pain I once avoided, I was now inviting in.

But, oh, my goodness, pain that is invited in is so different.

Pain that is invited in has the power to produce something in you that will reflect something out of you that you never knew was there.

Pain invited in has the power to free you.

Ironically, for me, pain invited started with a diagnosis of an immune disorder called vitiligo. For a girl who was obsessed with her image, this was devastating news. Vitiligo would alter the image I so desperately sought to protect.

As everything that I had held dear began to transform beyond my control, Satan wreaked havoc in my mind.

Your husband is not going to be attracted to you…

You have nothing left to offer…

I began to pray like crazy. How shallow, right? Shallow because my prayer was to take away a physical flaw. Shallow that a flaw in my “image” would bring me to my knees like never before. I prayed over and over that the Lord would take it away. The more I prayed the more God revealed to me that I was more in love with my image than I was in love with Him. I was more in love with the idea of what I wanted my life to look like than I was in living a life that reflected Him.

As the Lord began to show me the depths of my shallowness, for the first time I did not hide my face. I invited in the pain of having to see things about myself that I felt were disgusting. But, friends, there is no sweeter voice to unveil the darkness of your heart than that of the Holy Spirit. The most amazing thing about a revelation from your Father is that He always has much more to give you than you realize you need. As He began to reveal the shallowness of my heart, He also began to expose other idols that I had placed before Him. He showed me that for far too long I had placed the entire burden of my happiness on the shoulders of my husband–that my level of fulfillment was based solely on the ability of my husband to be exactly who I wanted him to be.

Sadly, I had placed my husband in a role that he was never made to fill. I have now come to know that misplaced roles will only lead to resentment. Placing any human being as the sole provider of your fulfillment will always be disastrous. Whether it’s a spouse, boyfriend, girlfriend, or friend, people do not possess the power to keep you happy. It is an impossible task.

Satan matched the sins of my husband and me perfectly to assure that we both remained in hiding. The grip on my life was the need to look perfect and the grip on my husband’s was to be the perfect husband. The end result was two people who were living a life that was simply performance based.

You see, when perfection becomes your idol, two things happen: You remain a stranger to everyone around you and they are not given permission to be who they really are. While clinging to my idol, I was holding my husband, Zach, back from being real too.

Confession and vulnerability are thrown out the window. Everyone is playing a role to keep the image up. The end result is a miserable life.  Miserable, because everyone craves something that is real.

That love can only be found within our Creator. I had always viewed God’s love as transactional. He loved me when I was good and hated me when I was bad. During the years when I struggled through the idol of perfection I believed I had to hide it from God in order for Him to love me.

I took this same mentality into my marriage. I felt like I had to hide things from Zach that might cause him to not like me. But as I began to remove my fig leaves and allow the Lord to speak into all the wounds of a life lived in hiding, something began to change in me. God began to change me. I know there will always be the temptation to hide, but I had tasted, for the first time, how good it felt to be truly known by my Father.

I was beginning to see that this is the type of love that my marriage was supposed to reflect. A true two becoming one, not merely in flesh, but in soul. I wanted Zach to know me, not the “me” I thought I was supposed to be, but the “me” that I was.

Zach sat on the couch with a look of fear because in years past these conversations had almost always been about what he was doing wrong. Yet what proceeded from my mouth could have only been from God. It was an unveiling of my soul; a confession of where I had placed my worth.

The idols of My Image, My Body, MY Marriage. I expressed the desire to no longer run from my insecurities and to develop a heart that loves Zach through his.

Zach you no longer have to carry the weight of my happiness.

Success is not the measure of your worthiness.

Your fears and struggles are welcome.

You’re safe to be imperfect with me.

Can we just learn to live as two messed up people who are loved by a Gracious God?

Tears began to pour from his eyes and an evening of confession unfolded between the two of us that we had never encountered before. Joy was found in the midst of our brokenness, because we were being set free from the darkness of hiding. Hiding, the true killer of joy, has no place in God’s kingdom.

To know and be known, even in the shallowest of places, was better than any high I might have experienced pretending. Even now when my hand is attempted to reach for the fig leaf, I hear God whispering, you’re safe to be imperfect with me.

Jill Dasher is a blogger and speaker who is passionate about sharing the message of being known through authentic community with God and each other. She resides in Asheville, NC with her husband Zach and four children. In between sunset hikes and camping weekends she works alongside her husband running a media company.