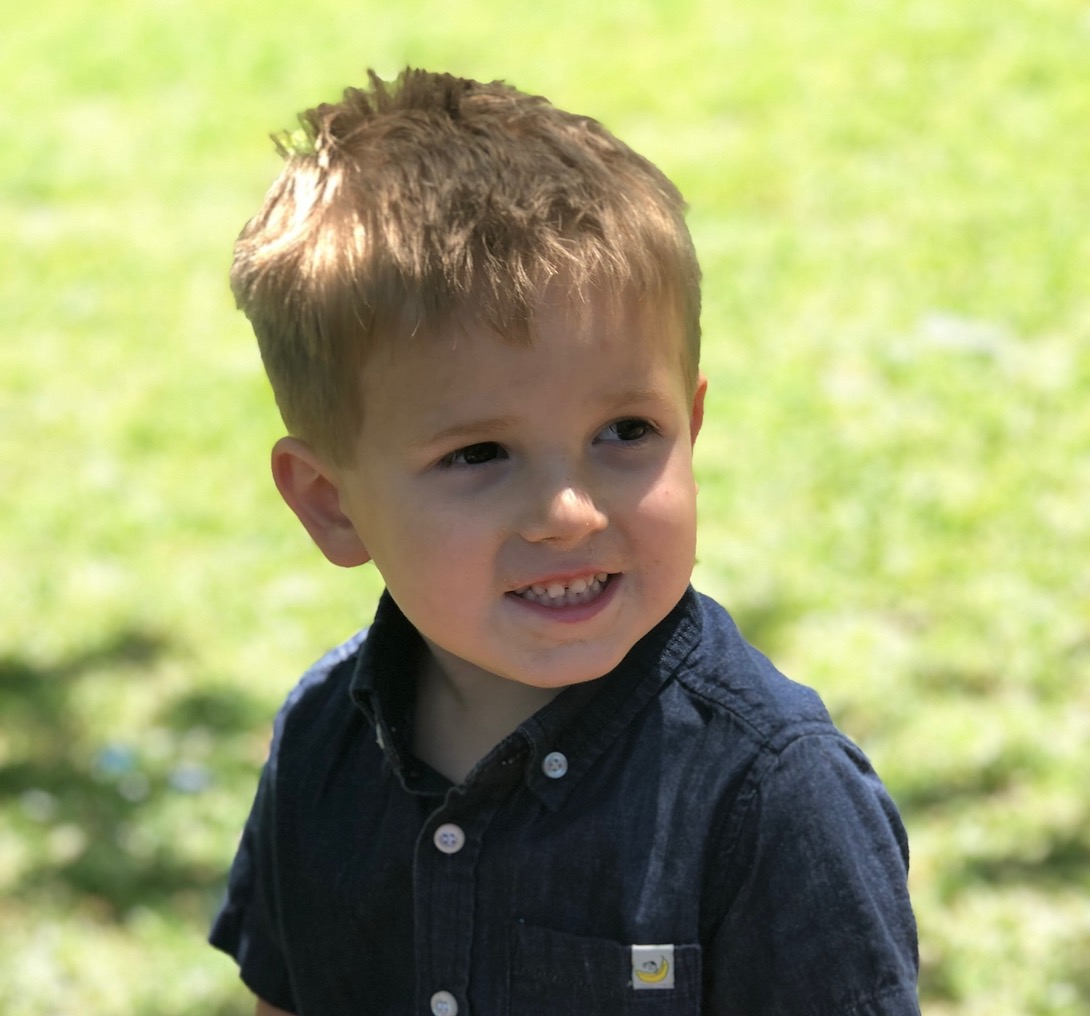 This Easter season has been packed with an abundance of spiritual truths from pastors, friends, and from countless individuals on social media using their platform for powerful one-liners regarding the significance of the cross.

However, for me, the most profound truth I have received this Easter came from a spunky 3-year-old name Ryder.

Ryder is a curious little guy who will ask a million questions while trail blazing through the room, not always stopping long enough to hear the answer.

Well, this year, Ryder got a pack of the always popular, loved by all children, Resurrection Eggs.

This 12-piece set of eggs are meant to connect children to the story of Jesus, the true meaning of Easter. The eggs include a miniature cross in one, a piece of fabric in another, and on and on it goes leading children all the way through the Easter story. The last egg, however, is an empty one, displaying the beauty of the empty tomb from 2,000 years ago.

As his parents read him the Easter story, Ryder couldn’t wait to open each and every egg with all the fun toys inside. At the end of the story, Ryder was confused to find nothing in the last egg. This led to his parents sharing with him (in three-year-old talk) that Jesus wasn’t there because HE WAS RISEN.

Let’s be honest, understanding resurrection is a crazy concept for most of us to wrap our minds around, much less for a tiny tot to understand. They did the best they could to put this miracle in simple terms and let him continue to play and enjoy all the items held in the other 11 eggs.

Fast forward a couple days, Ryder was having a ball at one of his friends Easter egg hunts. In Ryder’s mind, these eggs were the best eggs of all because they had not only something inside, but some you can EAT!

As Ryder ran around the field to collect the eggs and the yummy chocolate inside, he picked up an egg that one of the parents had overlooked and forgot to fill, leaving it empty.

In the middle of the hunt, in the presence of at least 30 other children and roughly 50 parents, Ryder lifts the egg up in the air (straight lion king style) and yells out, “Mommy, JESUS IS GONE!”

As all the parents laughed, his mom, Page, couldn’t help but smile knowing the previous conversation that had taken place concerning the Resurrection eggs.

The truth is, Ryder at the ripe age of three probably doesn’t comprehend the reality of what he was saying. Non the less, Ryder’s proclamation is one that we should all lend an ear toward during this season.

Because the truth is, Jesus IS gone. Not only is he missing from that tiny egg, he is also gone from the tomb.

And if Jesus is actually gone, it is for a purpose and for a mission that concerns us all.

So where did he go? He came directly to YOU, friend.

“Now after the Sabbath, toward the dawn of the first day of the week, Mary Magdalene and the other Mary went to see the tomb. And behold, there was a great earthquake, for an angel of the Lord descended from heaven and came and rolled back the stone and sat on it. His appearance was like lightning, and his clothing white as snow. And for fear of him the guards trembled and became like dead men. But the angel said to the women, “Do not be afraid, for I know that you seek Jesus who was crucified. He is not here, for he has risen, as he said. Come, see the place where he lay. Then go quickly and tell his disciples that he has risen from the dead, and behold, he is going before you to Galilee; there you will see him. See, I have told you.” So they departed quickly from the tomb with fear and great joy, and ran to tell his disciples. And behold, Jesus met them and said, “Greetings!” And they came up and took hold of his feet and worshiped him. Then Jesus said to them, “Do not be afraid; go and tell my brothers to go to Galilee, and there they will see me.” Matthew 28:1-10 (ESV)

And guess where Jesus went after showing up to these women? He went straight to Galilee, just like he said he would.

The direct result of the resurrection means you and I get to experience the living Jesus, just like those women and the disciples 2,000 years ago.

And when Jesus shows up, what does he want to say to you?

He says that he conquered sin and death for you.

He says that he will right every one of your wrongs.

He shows you his love for you by his nail scarred hands.

He tells you that his power will go with you wherever you go.

He says that he can be the one to finally give you rest for your soul.

Finally, he says that you do not have to fear, for ALL authority in heaven and on earth has been given to Him for you.

Let Jesus swap out all your fears with His freedom. If Jesus conquered the grave, there’s nothing he can’t conquer in your life.

That’s what I like to call a LIVING HOPE.

Hope for Ryder, hope for me, and hope for you.

The truth is, besides Easter, TODAY is actually one of the most significant days of the year.

Today is the first full day that we get to take our Savior with us everywhere we go. Trusting in him, knowing that he was who he says he was.

Will you stake your life on the resurrected Jesus today and let him show up for you?

You may be asking yourself, “What is that first step?”

Look at the cross, friend! All the work has already been done! Now it’s just time to surrender and let Him love you.

So take your first step today and just praise His name for this breathtaking act of love toward us. God loves to hear your voice.

Here’s a song to get started 🙂