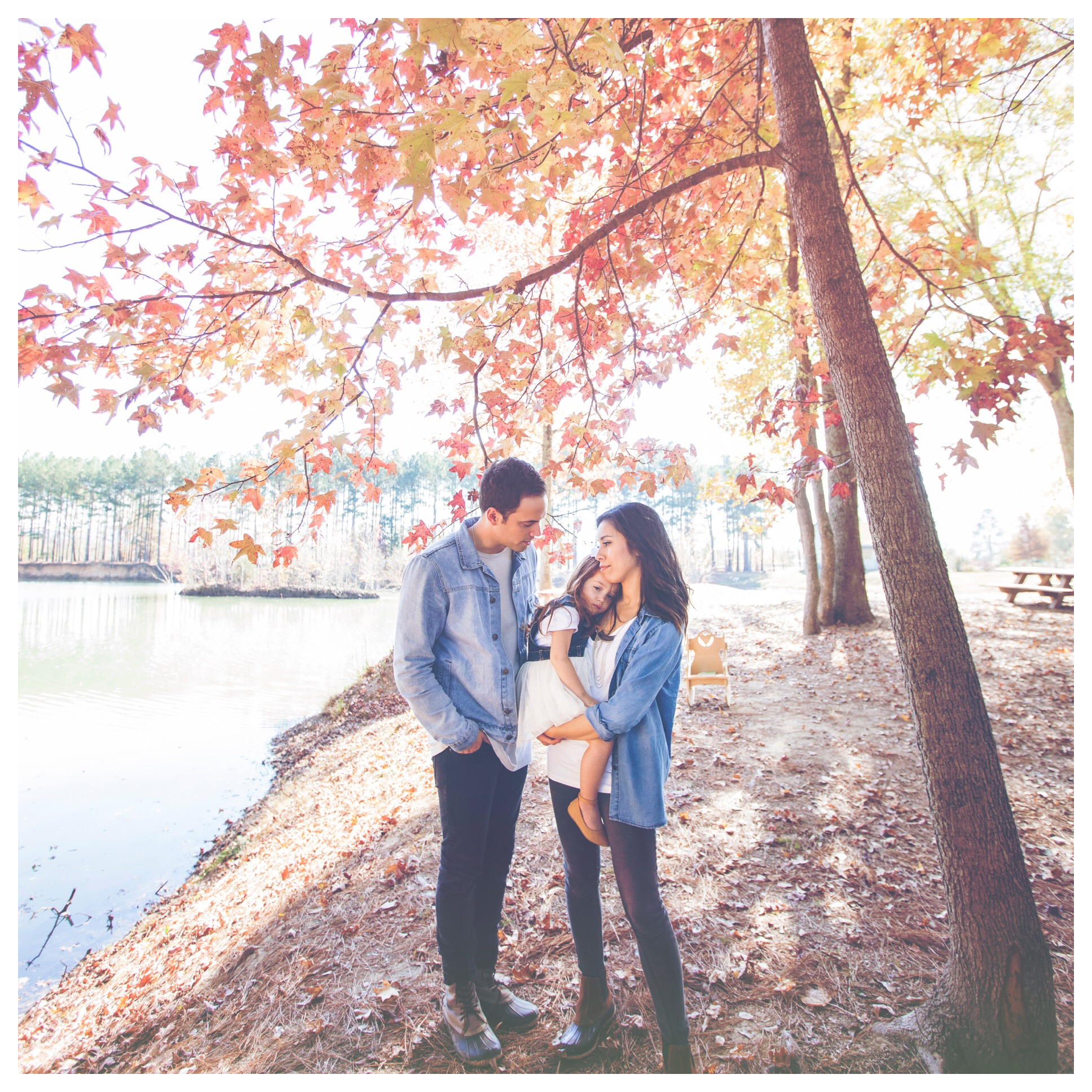 When I was 16 years old, I had a black and white birthday party. Not just to be trendy and cool, but to personify the major shift I was going through. When I graduated from high school, I did not go to the big post grad party with all of the same people I had known my whole life, I strategically went to a restaurant with people that I wanted in my future.

When I was 21 years old, my husband threw me a surprise birthday party, in which I cried my eyes out because I wasn’t emotionally prepared for such an event, and I had spent the day planning out my future. When I turned 25, I had a quarter life crisis (Yes, it’s a thing. Google it.) and spent the whole night crying in a pool of snicker wrappers, freaking out that I had not accomplished half the things I had planned on my 21st birthday. You could say…I have a history of not handling change very gracefully. I struggle. Change is a big deal for my sensitive and slightly OCD soul, and I always tend to take it much more seriously than most. But now that I am approaching 30, I’ve learned a thing or two. I have in no way arrived. But change is something that I’ve spent the past 10-15 years in my life, learning how to do incorrectly.

The past 3 years have taught me so much about change. They’ve taught me how to take a step back, gain some HEALTHY perspective and walk it out one step at a time, with Grace. Here is what I have learned, and am still walking out every day.

Now this doesn’t mean that we throw ourselves a week-long pity party and wallow in the struggle. But it does mean that sometimes, it’s just not that deep and you’re going to go through some tough moments. Maybe you’re like me and can tend to dive deep into dissecting the situation, or you exhaust yourself by thinking about all the negative aspects of the situation. At the end of the day, you can’t change the fact that life can just be tough sometimes. BUT, you can cut yourself a break, take a deep breath and use my secret weapon. Which brings me to point two.

It’s when something tough comes up. A difficult situation. Stressful day. Something out of your control coming at you. I have learned, that it’s always a sign of some type of transition that the Lord is bringing me through. It could be a big external transition that others can see, or an internal exchange between just the Lord and I. I simply begin to speak out loud to myself as if I was looking myself in a mirror. Not in a, “She’s talking to herself. That’s weird” kind of way. But in a, “I will speak to my flesh and say that you WILL bow down to His word and you WILL catch up to my spirit that is running to Him no matter how I may feel” kind of way. It usually starts off a little slow with thanking Him for my home, food and basic provision. Then it begins to pick up some momentum into thanking Him for my family and loved ones. Now we are really gaining speed and I am recapping His faithfulness in what He has brought me out of and what He has saved me from. Then by now it’s a full-on praise as my faith begins to quickly rise as I am declaring what His word says about my future.

Jeremiah 17:9 says that the heart is the most deceptive thing, full of wickedness. In times of transition or change, the enemy will bring distraction after distraction to get your eyes off of Jesus and His word that keeps you steadfast. We must guard our hearts from deception by continuously speaking and ingesting the Word of God that keeps us immoveable and constant—even when your own heart and emotions are raging on the inside. He has the ability to bring peace and stillness to those seas.

Every time the Lord was trying to bring change from the inside out in me, or was bringing me into a new season, the seas of change would begin to roar and I did what every normal girl would do…talked to my friends, family and anyone that would listen about it. I am a verbal processor. So naturally, I would verbally process my raging emotions so many times that by the time I go it aaaalllll out, I had so many opinions at my fingertips that I would pick and choose which ones best felt fitting and ran with those. Feeling good about it all for a little while, since I was able to get all my words out, but eventually falling flat on my face because none of those words were actually from the one that had the answer. After many bloody knees and a broken bone or two from trying to figure it all out on my own, I have learned to just…be quiet. I do not isolate, but if I speak to anyone about such personal matters, I speak to only one or two people that are spiritually ahead of me and are brutally honest. They love me enough that they won’t just console and pat me on the back agreeing with my every word, but who know His word and have enough life experience to point me to Him. And I listen to those spiritual mama’s.

I then put all coffee date time, long phone conversation time and late-night girl chat time, into sit-with-the-Lord time. I quiet myself and sit in His presence. I only open my mouth to worship Him and then continue to sit in His presence. I am not expecting anything. I am simply just spending time with the one who can speak one word to my heart and it is exactly what it longed for. I am bringing something to the table versus just expecting His hand of blessing.

Nothing makes me happier then when my 3-year-old daughter hugs me and loves on me just because. It is in those moments with the Lord that trust, faith, consistency and deep love are built and cause for every storm to become silent. Fear has no place here. Heaven invades my reality and becomes my reality. A holy exchange occurs, and I become untouchable. There is nothing too big for Him, all He asks for…is you.

Change isn’t easy—it’s pretty stinking hard, actually. But sister, take it from me, it doesn’t have to be lonely and overwhelming. You can be in the midst of change and walk in a Peace that surpasses yours and anyone else’s understanding. So much so that someone may say, “What is it about you that seems at such peace? It doesn’t make sense.” And then you, sister, get to tell them about the One who calms every storm and speaks in solution. No matter what. Every time.