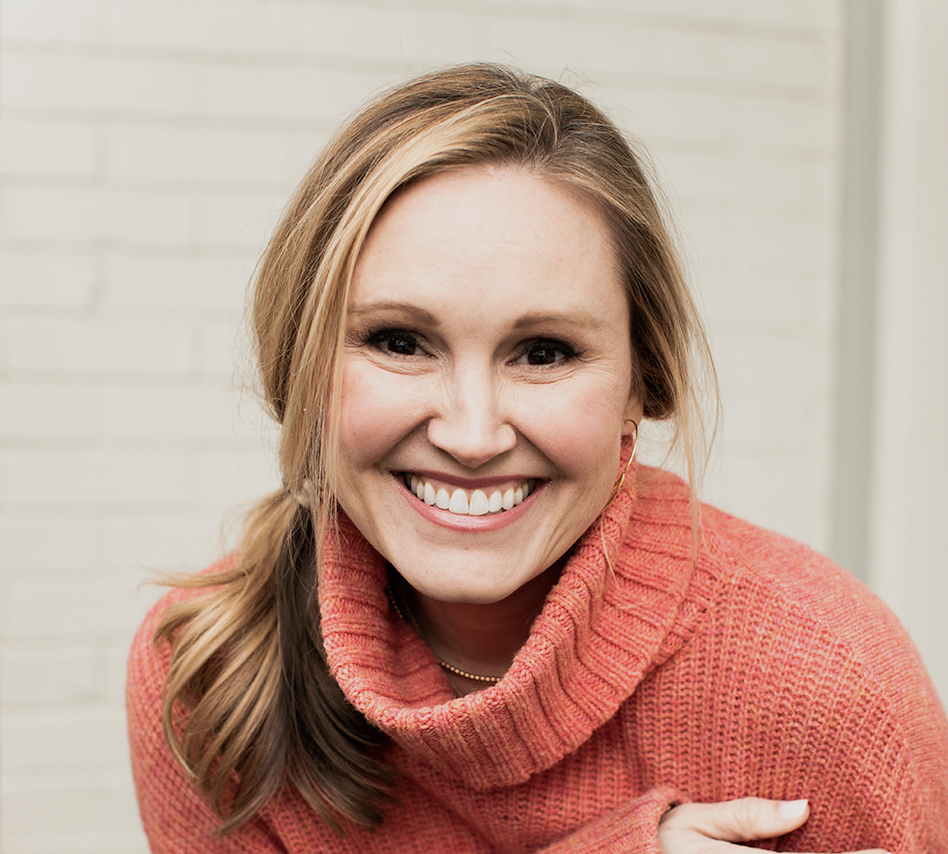 My son was born in Africa. We adopted him from Rwanda when he was four years old. And that first year he spent a lot of energy worried we were not going to keep him. If he got in trouble, he would often ask,

“Are you going to send me back to Africa?”

Poor guy. Our hearts broke for him.

But the truth is we live that way sometimes too–wondering if God is finished with us.

While you are fearless and full of passion, there’s also something I’ve noticed about this generation that I’m not sure is true of any others. You are under extreme pressure to perform.

You are told that the number of likes and subscribers and DMs matters more than your identity. More than ever, you are facing anxiety and depression and suicidal thoughts. Every time you think you might have finally reached a finish line, it moves.

The enemy is real and he wants nothing more than to convince you that you are insignificant. He would rather distract you with Instagram and numb you with Netflix than for you to believe that you have worth and purpose. While I cannot change your workload or your parents’ expectations or the failures you have faced, what I can do is tell you the truth. And remind you of who God says you are.

One of my favorite people in the Bible was Peter. He was just this loud, ambitious guy who loved Jesus. As Jesus’ death approaches, we see Him with his disciples, washing their feet and He tells Peter that Peter is going to deny knowing Him. Of course, this sounds crazy to Peter at the time:

Peter said to him, “Lord, why can I not follow you now? I will lay down my life for you.” Jesus answered, “Will you lay down your life for me? Truly, truly, I say to you, the rooster will not crow till you have denied me three times. (John 13: 37-38)

What Jesus said was true. After Jesus was arrested, Peter was asked three different times if he was one of Jesus’ disciples and all three times he said, “I am not.”  The same Peter who just earlier said he would lay down his life for Jesus no longer claimed to know him. Talk about a big fail.

But listen to this.

We fast forward a bit to see Jesus has died and three days later has walked out of the grave (hallelujah!). This is in his final days on earth before He ascends to heaven. He’s yet to see Peter, so as some of the disciples are out fishing, Jesus heads their way:

Just as day was breaking, Jesus stood on the shore; yet the disciples did not know that it was Jesus. Jesus said to them, “Children, do you have any fish?” They answered him, “No.” He said to them, “Cast the net on the right side of the boat, and you will find some.” So they cast it, and now they were not able to haul it in, because of the quantity of fish. That disciple whom Jesus loved therefore said to Peter, “It is the Lord!” When Simon Peter heard that it was the Lord, he put on his outer garment, for he was stripped for work, and threw himself into the sea. (John 21: 4-7)

When Peter reached Jesus was he scolded? Do you think Jesus ignored him and told him he was done with loving Peter?

You want to know what Jesus said? “Come and have breakfast.” Jesus invited him and the other disciples to have breakfast! He made a fire, cooked the fish and got bread. Why? Because He likes them. That’s our God.

Do you think you’ve messed up so badly or not measured up enough for God to not want you? Think again. One of his closest people denied knowing Him not once, but three times and Jesus did not walk away. Romans 8:1 tells us, “There is therefore now no condemnation for those who are in Christ Jesus.”

So this weight you are carrying, this pressure you are giving into…give it to God and let it go. Rest in the fact that God not only loves you, He likes you.

My son, Cooper, has been home for six years now and you know what? He’s quit asking if we’re going to send him back to Africa and instead just comes downstairs every morning and asks what’s for breakfast. Because he knows he’s loved!

I just recently spoke to some of the girls at Baylor University about this very topic. We talked about Romans 8:1 and why we feel so tied down and locked up by our sin. When the Bible tells us we are free and there is no condemnation in Jesus, then why don’t we live like we’re free? I challenged the girls to just shout out what they’re struggling with and bring into light the dark hell they have been dealing with, and, to my surprise, one by one they started standing up. In the middle of their campus, they stood and shouted one struggle after another.

This went on for minutes and I listened, just asking God what He wanted to tell them next. So we prayed. I had them get in groups and pray over each thing that’s kept them from being free. This is when one of the students came up to me and said, “I think you should tell them this no longer has power over them.” Instead, I told her, “You tell them.”

I gave her the mic and she shouted, “Dishonesty no longer has power over me! Dishonesty no longer has power over Baylor’s campus!” Lines began to form around her and one by one students took a turn shouting in the mic that their sin no longer had power over them. They stayed there for hours. Actually, they stayed there for days! Night after night the students decided to keep meeting there to worship and pray, because they knew they wanted God and they were not afraid to live like it. I have never seen anything like it!

God can make that kind of breakthrough happen anywhere and with anyone, but you know who He chose that night?

I believe in your generation and I believe you are going to be the ones to help spur on the rest of us.

So this shame? This fear? This doubt?

It no longer has power over you!

Jennie is an Arkansas native but Texan forever, Bible teacher, author, and the founder and visionary of IF:Gathering. A passionate leader following God’s call on her life to catalyze this generation to live what they believe, Jennie is the author of Restless, Anything, and her most recent book, Nothing to Prove. Her Bible studies include Stuck, Chase, Restless, and Proven. Jennie has a master’s in biblical studies from Dallas Theological Seminary and lives in Dallas, Texas, with her husband and teammate, Zac, and their four children, Conner, Kate, Caroline, and Cooper.