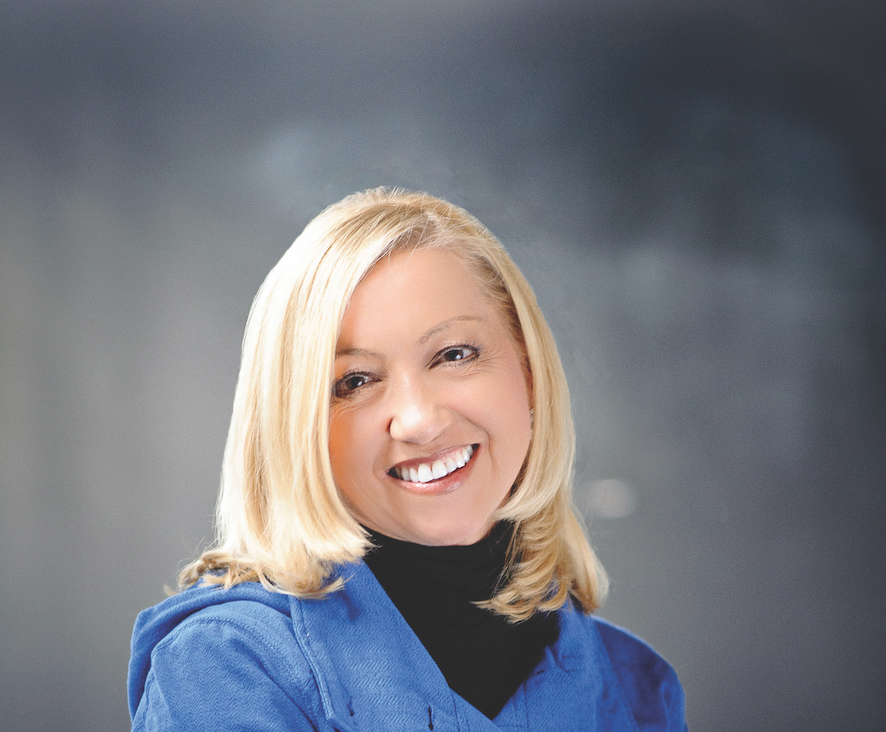 The first person I ever knew who had an eating disorder was me.

It was back when I was a teenager, and I spent five years stumbling in the dark in the worst bondage I’ve ever experienced my entire life. Back then, no one talked about eating disorders. It wasn’t on anyone’s radar, so I was left to believe that I was the only one struggling with whatever this was. I made it my highest priority to hide this thing from everyone who knew me. There was so much shame, control, and fear attached to the struggle.

I had done everything that I knew to do, short of telling anyone about it. One New Year’s Eve, my friends asked me to go out with them to a Christian concert and ring in the New Year, but I made the decision to stay home by myself that night. I told God that I refused to go into the new year with this issue. I got down on my knees and cried out to Him in desperation, “I hate this! I need You to set me free from whatever this is!! I can’t live in this prison anymore!! I CAN’T HELP MYSELF. I need You to help me! I give my whole life to You, and I choose to surrender control.”

That night God met me where I was, and that moment was the beginning of the end of five years of bondage. Since that time, I’ve been able to share with thousands of young women, not only my own testimony, but to affirm them for having the courage to reach out for help, to see them completely set free.

Today, eating disorders are devastating millions of lives across the world. There are many who are wanting a way out. Since 1983, I have watched countless young women come into the doors of Mercy Multiplied who have sought prior treatment without successful long-term results, yet they have graduated from the Mercy program completely transformed. Whether you are struggling with an eating disorder yourself, or you have a friend who is struggling, please believe me when I say there is hope and freedom available through Jesus Christ!

Most eating disorders stem from deep emotional, psychological, and spiritual roots. When we have external issues we’re struggling with, like an eating disorder, we often think those issues are the problem. The truth is that those issues are just an outward expression of a much deeper problem. The unhealthy “roots” in our lives are the source of the behaviors that we want to see change.

Our roots draw their power from the different things we’ve walked through in our lives that have affected us. And it’s not until we expose and deal with those roots – things like rejection, fear, and shame, that we will experience true and lasting freedom. Whatever the root of an eating disorder may be, the solution is more than to simply eat balanced meals and keep the food down. Trust me, I tried that.

One very common root of eating disorders is the desperate need to feel in control. Something may have happened – such as trauma or sexual abuse – that made you feel out of control. An eating disorder can make you feel that you are in control, but just the opposite is true. You are actually giving control of your life to something else. The Bible says that we are slaves to whatever controls us. The way to walk in freedom is to choose, like I did all those years ago, to surrender control of your life to God instead of trying to control your life yourself. After all, Jesus came to heal broken lives and set captives free!

Whether someone is dealing with anorexia, bulimia, or binge eating, freedom is available! I have seen hundreds of young women over the years who have spent thousands and thousands of dollars entering treatment programs only to leave the same or even worse. Totally reminds me of the woman in the Bible who had a flow of blood for 12 years (Mark 5:25-26). It says she went to many doctors and spent all she had but instead of getting better she only got worse.

Such was the case with a 20-year-old girl named Kristin who walked through the door of one of our Mercy homes in 2003. Turns out her parents were wealthy, and they had spent massive amounts of money on the best eating disorder treatment programs in America. The doctors finally sat her parents down to say they had done all they could do, and that Kristin would always have the eating disorder, that she would probably always be in and out of hospitals and never be able to live a normal life. The doctors said Kristin had destroyed her body to the point that she would never be able to have children.

As often is the case, a young woman who had previously graduated from Mercy and was healed and restored from an eating disorder suggested they contact us for help. Completely out of any other options, Kristin applied to Mercy as a last-ditch attempt to get the help she so desperately longed for.

She entered the program in 2003 and was with us approximately six months. During this time, Mercy provided a safe place for Kristin to open up about traumatic things that had happened to her in her childhood. Our counselors at Mercy also helped Kristin see that the labels that had been spoken over her life and the things that the doctors told her about never being able to live a normal life were just not true.

Through our wonderful staff and counselors, Kristin was able to understand that it was possible for us to help her get to the root issues of why she had an eating disorder in the first place and through that process she could be healed and restored. Kristin began to renew her mind to God’s Word which caused her to see herself the way God sees her.

We shared with Kristin what God says in Deuteronomy 30:19, that He actually gives us a ability to choose between life and death, blessing and cursing. Through that Scripture, Kristin realized that she had the power to choose life. She also realized that she was empowered to replace lies with truth and to identify with being a child of God rather than a damaged young girl with a severe eating disorder. That is when everything changed.

The day she graduated from Mercy, her parents and family came to celebrate and what a wonderful day it was!!!

After Kristin’s graduation from Mercy, she returned to Texas to live with her family and immediately became involved with a local church. It was there that she met a young man named Ryan. She called to ask that I pray for her because she thought that he might be “the one.”

It was about a year later that Ryan and Kristin got married. It quickly became evident that God, not only set Kristin free from the eating disorder, but He also healed her physical body. Fast forward to the year 2019. Ryan and Kristin are very happily married and have given birth to nine beautiful children. This might be a good time to think back on all the things the eating disorder “experts” told her about her future that proved not to be the truth.

Telling this story is one of the best ways I know to explain to you the difference between treatment and transformation. Kristin was transformed and healed and restored in every way – spirit, soul, and body. She and Ryan are amazing parents. I love to stalk them on Instagram so that I can see all of their beautiful children and get a glimpse into their daily life. We remain in touch and both Ryan and Kristin and Kristin’s parents are supporters of Mercy to this day.

Kristin represents hundreds and hundreds of young women who have moved from the bondage of an eating disorder into a place of total healing and freedom. If you are struggling with an eating disorder or know someone who may need help, please visit www.MercyMultiplied.com for additional resources.

Nancy Alcorn is the Founder & President of Mercy Multiplied, a Christian non-profit that equips all people to live free and stay in Jesus Christ through its free-of-charge residential program for young women ages 13-32 and its Outreach services.

Her new book, Treatment or Transformation: 13 Real Stories Why You Can’t Argue With A Changed Life tells 13 powerful stories where God intervened and radically transformed lives and is available at MercyMultiplied.com.