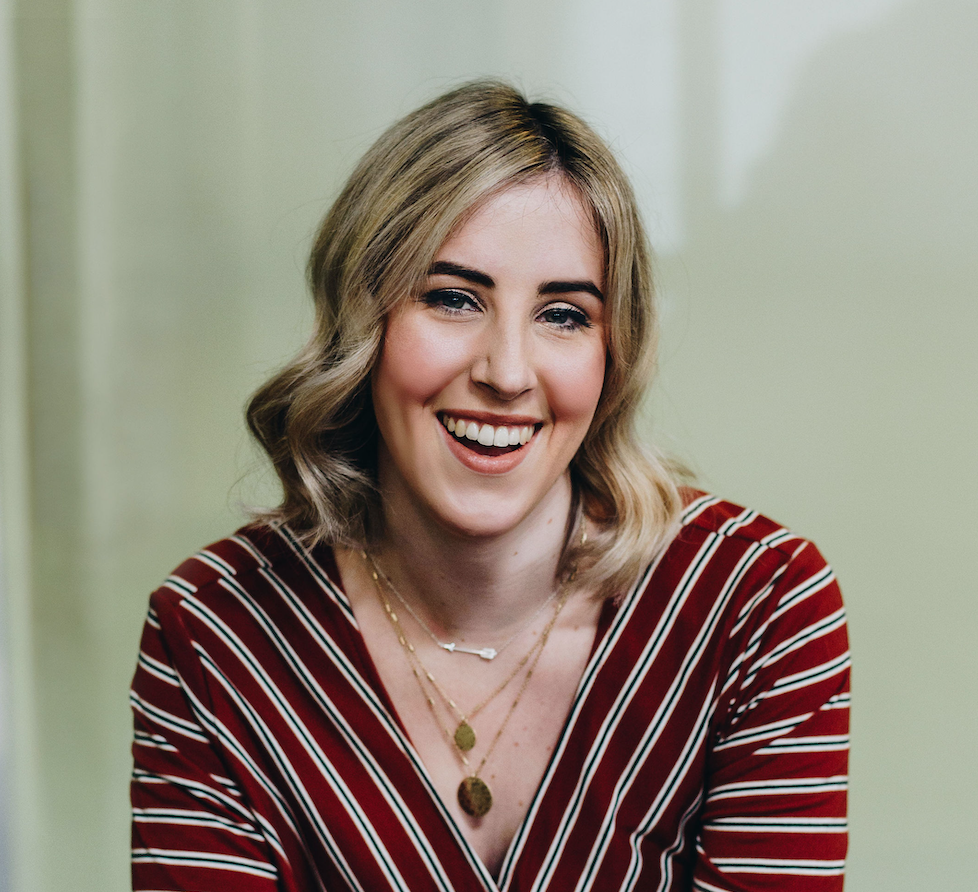 When I Was Found

Remember playing hide and seek as a kid? When it came to hiding, I was always the one no one could find. The older I got, the more hidden I became. I got really good at hiding, but not very good at being found or seen. Here’s the story of how I found God in my dorm room (quite literally) and learned how to truly be seen.

My story begins when I was a sophomore in high school. I grew up in a sleepy little town about thirty miles outside of Boston. On February 1, 2010, I was a normal teenager doing normal teenager stuff. The day started out like every other day. I woke up, carpooled to school with my neighbors, got a bagel in the cafeteria, and sat down in my first period Spanish class. Our principal’s voice came over the intercom with the words that would haunt the halls of my high school for years to come, “Olivia Marchand was shot in her home last night and died early this morning.” The shooting left Olivia dead, her mother critically injured, and her father ultimately turning the gun on himself. Liv was one of those people who loved others well. She represented freedom, peace, and was a friend to all.

In the months following Olivia’s death, I started dating a friend who I had met through a mutual friend. He was a gentleman and went out of his way to make me feel special. When he asked me to be his girlfriend, he pulled out all the stops. I’m talking teddy bear and chocolate covered strawberries on a beach kind of thing. For a sixteen year old, this was a dream come true. My sweet high school “love” became obsessive, controlling, and eventually abusive. The trauma from the things that I experienced during this relationship would weigh heavy on my soul for years to come.

Because of what I experienced, I started to research signs of abusive relationships, domestic violence, and sexual violence. Soon it became my mission to bring awareness to the issue. After my nineteenth birthday, I started a non-profit called Hands for Hope which was dedicated to helping victims and providing awareness for domestic and sexual violence on college campuses.

In April 2014, Hands for Hope hosted a benefit show to raise money for the awareness projects we wanted to implement across Nashville. A couple days after the show, I went to coffee with one of the artists and while we were chatting she asked me the one question that would ALWAYS make me cringe, “Where do you go to church?” The honest answer was I didn’t go at all. This led to her inviting me to attend church with her the following Sunday…before I could say no I said, “YES.”

I need to pause here for a second. This was completely out character for me. First of all, I really had no idea who this person was. We had only met twice, and here I was agreeing to go to church with her? Second of all, I AGREED TO GO TO CHURCH. I spent the coming days freaking out and thinking up ways to get out of it. I didn’t grow up going to church. Our house was what I would call a Godless house – we didn’t talk about God or our beliefs. Not that my parents didn’t have beliefs or faith of their own, it just wasn’t something we talked about (I didn’t even know the true meaning of Easter!). Between my upbringing and the pain I experienced, my heart was never really opened to God. And if I’m being honest, I had no interest in any of it.

Even though I wanted to run for the hills, I went to church that Sunday. After worship, two people shared their testimony. I remember staring at the floor wondering when and how I could run out of there. As I sat, I heard the words from a woman who was broken, hurt, and afraid. She talked about her history of abuse and how Jesus had healed her from the trauma she experienced. My attention immediately shifted. Tears fell from my eyes when I realized this woman was telling my story. Her story mirrored mine as she revealed the details of her abuse and pain. She had insomnia, flashbacks, and bad dreams which was exactly what I was going through at that time. Hearing this woman talk about her pain and how Jesus took her out of it was the moment when a seed was planted in my heart. I started to really wonder who Jesus was.

When I got back to my dorm room, my roommate was anxiously waiting for me. She was the only person who knew I was going to church that day. I told her about my experience at church and then asked her the million dollar question, “Who is Jesus?” She started to get emotional and told me that during church she felt the Holy Spirit call her to tell me about Jesus and the gospel. While we were sitting on our dorm room floor on April 6, 2014, I made the decision to walk with Jesus. I sat there in awe of God as she told me that there were so many people praying for me in this process.

A couple of weeks later, we had an awareness week planned through Hands for Hope that included several speakers. I kept feeling a pull to speak at one of the events. It was all about unveiling the lies we tell ourselves in order to find freedom. When God asked me to share my story that day, I told Him that if He wanted me to do it then He needed to give me the words to speak. He totally did! The atmosphere in the room shifted as the words poured out of my mouth. I’ll never forget the line of girls who came up to me after the event – some had been through similar things as I, some were going through it at that moment, and some just wanted to encourage me. I was no longer hiding. This was the moment that I realized the power of one simple yes to God.

What do we gain from being deeply seen?

It takes courage to speak truth. The day that I told my story in front of a room full of strangers was the first day that I asked the Lord to heal me. It was then that I realized I wasn’t just hiding from other people, I was hiding from God. I was paralyzed by fear and felt that I couldn’t tell anyone what I was going through. Speaking out about my pain gave me the power and authority over my circumstance.

When we ignore the brokenness we have experienced, we are ignoring what makes us who we are. God can take the most broken parts of your story and turn it into beauty if you let him (Romans 8:18). Rather than hiding from it, what if you took a step into the light? I encourage you to let the people you trust into what you are going through. Bring them into the process (Galatians 6:2). Don’t wait until God’s promise is fulfilled.

My prayer for you is that you take the step into accepting the broken parts of your story. That you can be vulnerable, messy, and real in that process. I pray that you would make the choice to be seen. God gave us community so we can walk through it together. In the moments when we accept vulnerability as a gift, God meets us where we are and we can begin to heal. In these moments, we are truly seen. Or, truly found.

Christina is a music loving, laughter enthusiast who never shy’s away from digging deep into a good conversation. She believes in finding joy in all things and has a gift of finding light in the darkest of places. Day to day you can find her at the Wonder Management office where she helps curate artists dreams.