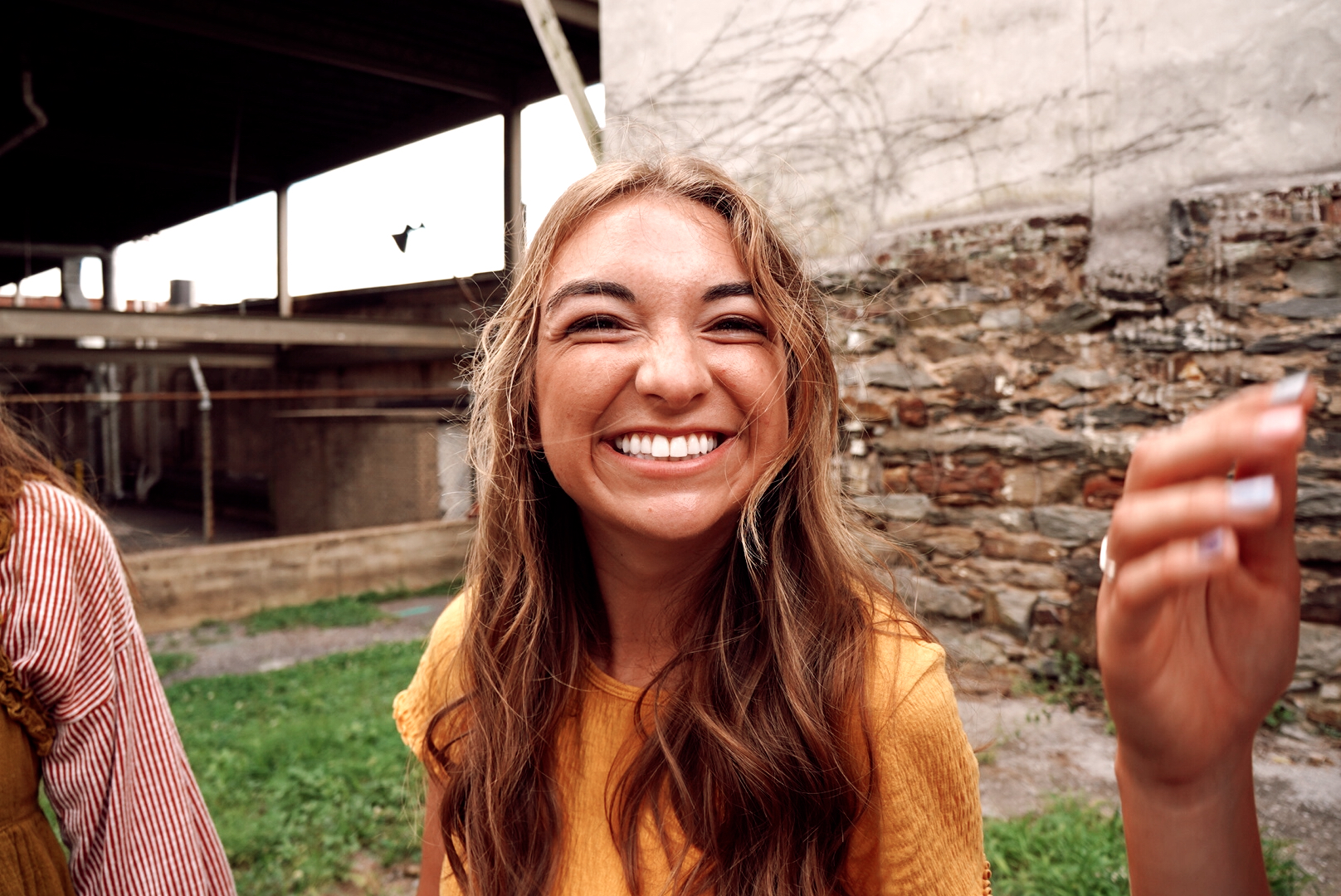 Note from Team LO: We are SO excited to have our friend, Emma Mae Jenkins on the blog today! Today is such a special day because today Emma’s devotional “All-Caps YOU: A 30-day Adventure Toward Finding Joy in Who God Made You to Be” hits stores! We love supporting our people 🙂

One day, the serpent approached Eve and asked the very first question ever asked in the Bible. He asked if God really said what He did. The enemy questioned God’s Word. He questioned the character, the perfection, the word of God in the ear of Eve. She first responded to his lie with confidence, but he responded to her with an answer of deceit to his own question. The serpent told her that God was trying to withhold goodness. Eve was convinced and therefore, she disobeyed God, as did her husband, Adam. Immediately, they felt shame (see Genesis 3). Wow. What the enemy offered to be pleasing was the very thing he used to steal their freedom and intimacy with the Lord . . . and it all started with a questioning of the Word.

Again, when the Lord approached Gideon in Judges 6, He declared that Gideon was a mighty warrior, a hero. Yet Gideon replied with “Pardon me” and began to explain why he couldn’t be who God said he was and couldn’t do what God was calling him to do because of his status and his family history. Isn’t it interesting that the enemy would whisper lies of insecurity and fear in the midst of God speaking courage and provision? The enemy does not want us to hear and believe the Word of the Lord, because when we believe, the Lord begins to do exceedingly and abundantly greater things than what we could ever ask or imagine according to His power at work within us (Ephesians 3:20).

If we don’t know truth, the lies we are told will appear to be true because we won’t know any better. The Lord has placed on my heart three lies that we as women believe, and the truth that He wants us to know to combat them. 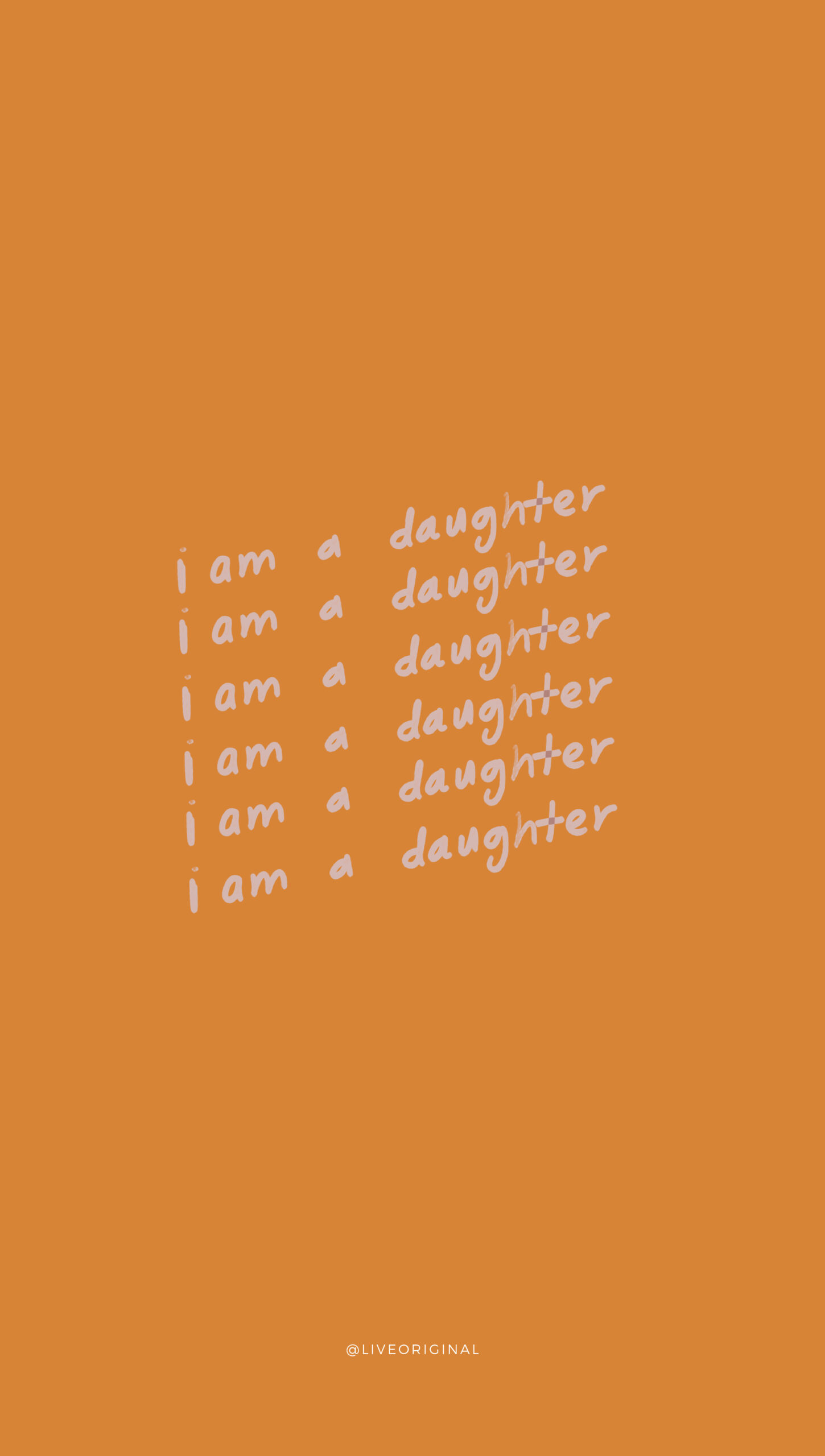 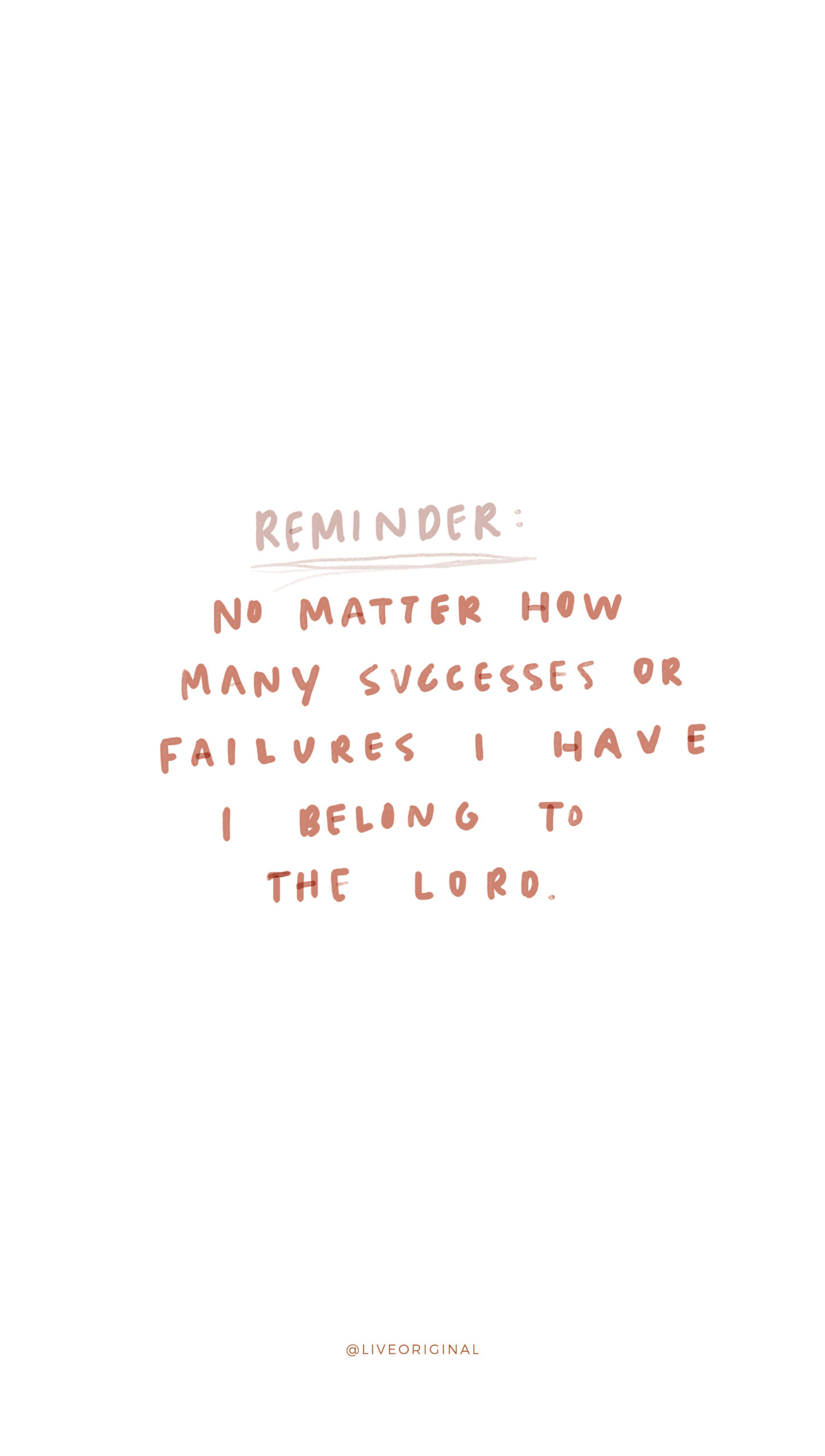 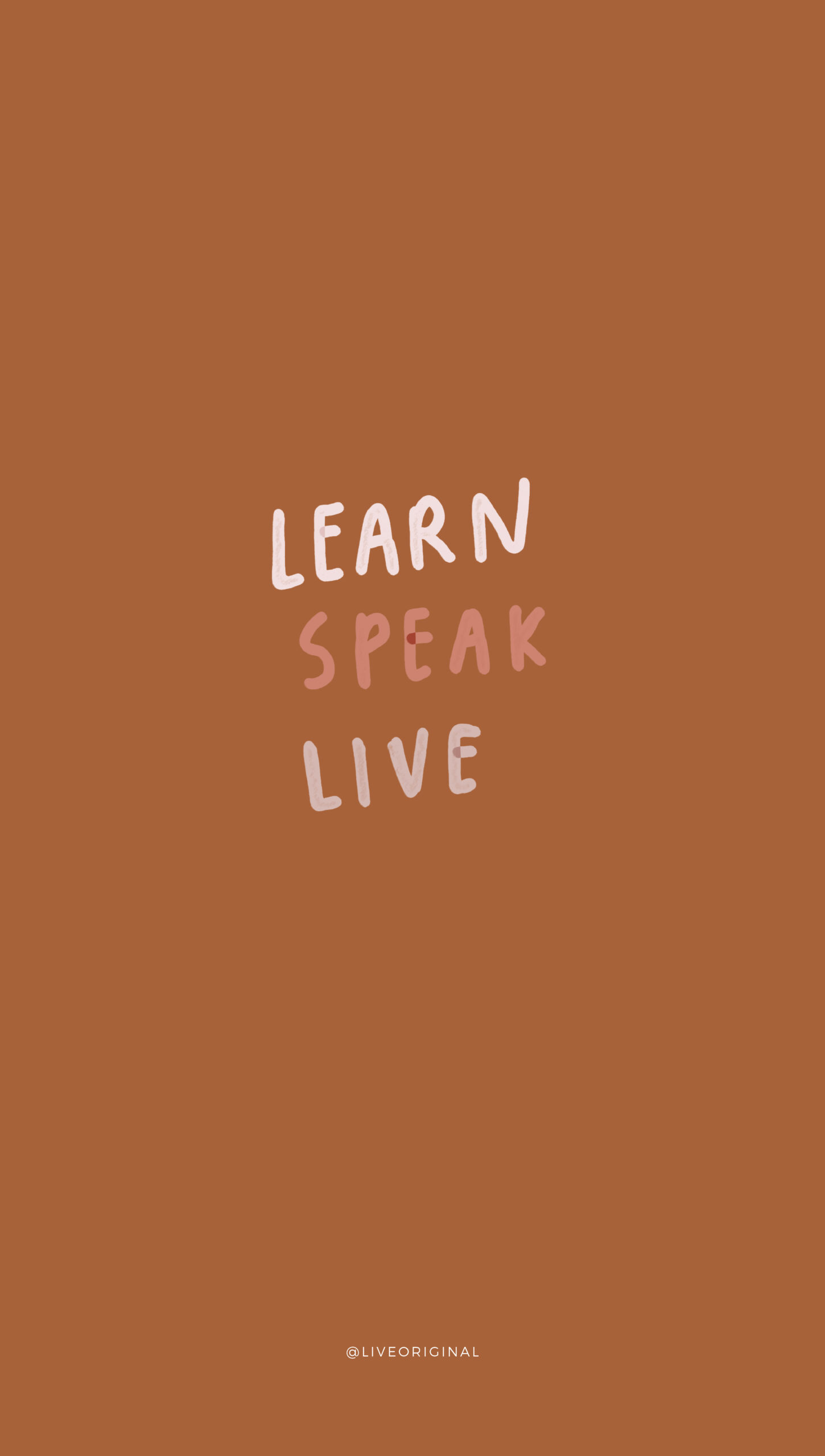 Lie #1: I am my title/relationships/accomplishments/failures.

My dad came into my room one morning and sat with me as he shared something with me I will never forget. He told me to pretend that all of my titles were taken away. He told me to pretend that there were no more book deals, no more speaking opportunities, no more YouTube subscribers, no more Instagram followers, no more boyfriend (now fiancé), no more education, no more (fill in the blank J) . . . and then he proceeded to ask me, “With all of these things taken away, who are you?” I sat and thought, and he told me that I am a daughter of the Lord no matter what title or position I am given. No matter what relationship I am in and no matter what other’s opinions are of me, I belong to the Lord. No matter how many successes or failures I have, I belong to the Lord.

But this is a lie that the enemy will whisper into our ears. He will seek to convince us, just as he has since the very beginning, that our worth and value and identity are discovered in what we do, what people say about us, what relationships we are in, and what positions we have. The moment that these things change though, if we have believed this lie, our worth and value and identity change right along with it. Once we fail, well, now we must be failures. Once people disapprove of us or speak hatefully about us, well, now we must not be loveable or enough. Once relationships end, well, we must not be pretty enough. Once positions change, well, we must not have been important to the team or brought enough to the table or not be as talented as we thought. Whew! It’s exhausting.

Lie #2: Some chains just don’t unshackle, and this is just who I am.

Another lie that is commonly whispered and believed is that we are our fears, our anxieties, our thought patterns, our addictions, and so on. I raise my hand on this because I do sometimes speak with a defeated tone in my voice because I feel as though there is no getting around worry or thought patterns that leave me exhausted.

We tend to think, “I know that Jesus came and defeated my sin, death, and the grave; I know that there is no condemnation for those who are in Christ Jesus; I know that Christ came so that I may have abundant life—but this is just different.” It’s almost as if we know that the same power that raised Jesus from the grave lives in us, but we aren’t actually believing it. The enemy wants us to believe that there are certain things beyond the Cross—certain things out of God’s reach—certain things that simply cannot be impacted by the power of the Cross, and it’s simply not true. If the enemy can convince us as women that we are what we struggle with and that the power of the death, burial, and resurrection of Jesus is limited, then we will unknowingly walk in a limited version of what God originally intended for us as His daughters.

When you think of who you are, do you automatically think about what you struggle with? Have you believed that this is simply who you are and that nothing can change that? Are you convinced that maybe this was meant to be?

I beg to differ, my love. God does not contradict His Word and what has been written above is pretty opposed to what He actually says about me and you.

Lie #3: My freedom is restricted when I obey God’s Word.

There is a misconception that many people have, which is that “if I am living out God’s Word than I am missing out on fun and freedom.” The enemy has whispered a lie in the ears of women that the Word of God is a list of rules, do’s and don’ts, and if we live by it then we never get to experience true satisfaction and happiness because we are restricted.

Just as the serpent made disobedience to God look pleasing to the eye and good, so does he want us as women to believe that we are missing out on true pleasure by being obedient to God, so therefore, we should go do whatever looks good to our eyes and whatever feels good to us in the moment. He does this by tricking many to be convinced that God’s Word is restricting rather than liberating.

But, as we saw with Adam and Eve, the moment they gratified themselves and went against God’s Word, they were ashamed, and they hid. The enemy knows that God’s Word is our hope that does not put us to shame, so of course he doesn’t want us being obedient to that which deepens our relationship with our Creator! The enemy is deceitful and crafty, but he is doing the same thing he has been doing all along. He attempts to convince us that the world is better than the Word, and every time we take a bite of this lie, we are left unsatisfied. He lies to us by saying that if we’re living out God’s Word, then we’re missing out on true fun and freedom.

Speaking about the truth that God wants us to know, I simply want to share His Word that combats each of these three lies. I encourage you to write down the verses that resonate with the season you are in and put them somewhere that you will see them every day (whether that be on your refrigerator, in your car, or on your mirror). It’s one thing to read an encouraging blog, but it’s another to take this truth beyond this moment and believe it, learn it, speak it, and live it out in your own daily life. This is powerful, ladies. This is life changing and nothing I ever write in a blog to you is more powerful than what the Lord has already spoken to you in His Word.

Emma Mae Jenkins is a 21-year-old lover of Jesus and people. The color yellow, smiling, and flowers are some of her favorite things. She is the daughter of Jason and Amanda Jenkins and older sister of her brother, Nolan Jenkins. Emma attends Liberty University in Lynchburg, Virginia, where she majors in Women’s Christian Leadership. Out of an overflow of God’s love, she travels throughout the country speaking at conferences and retreats to be a messenger of God’s Word. The Lord has blessed Emma with platforms of influence to glorify Him through social media and YouTube. Walking in obedience to these opportunities, she is able to invest in the lives of thousands worldwide.