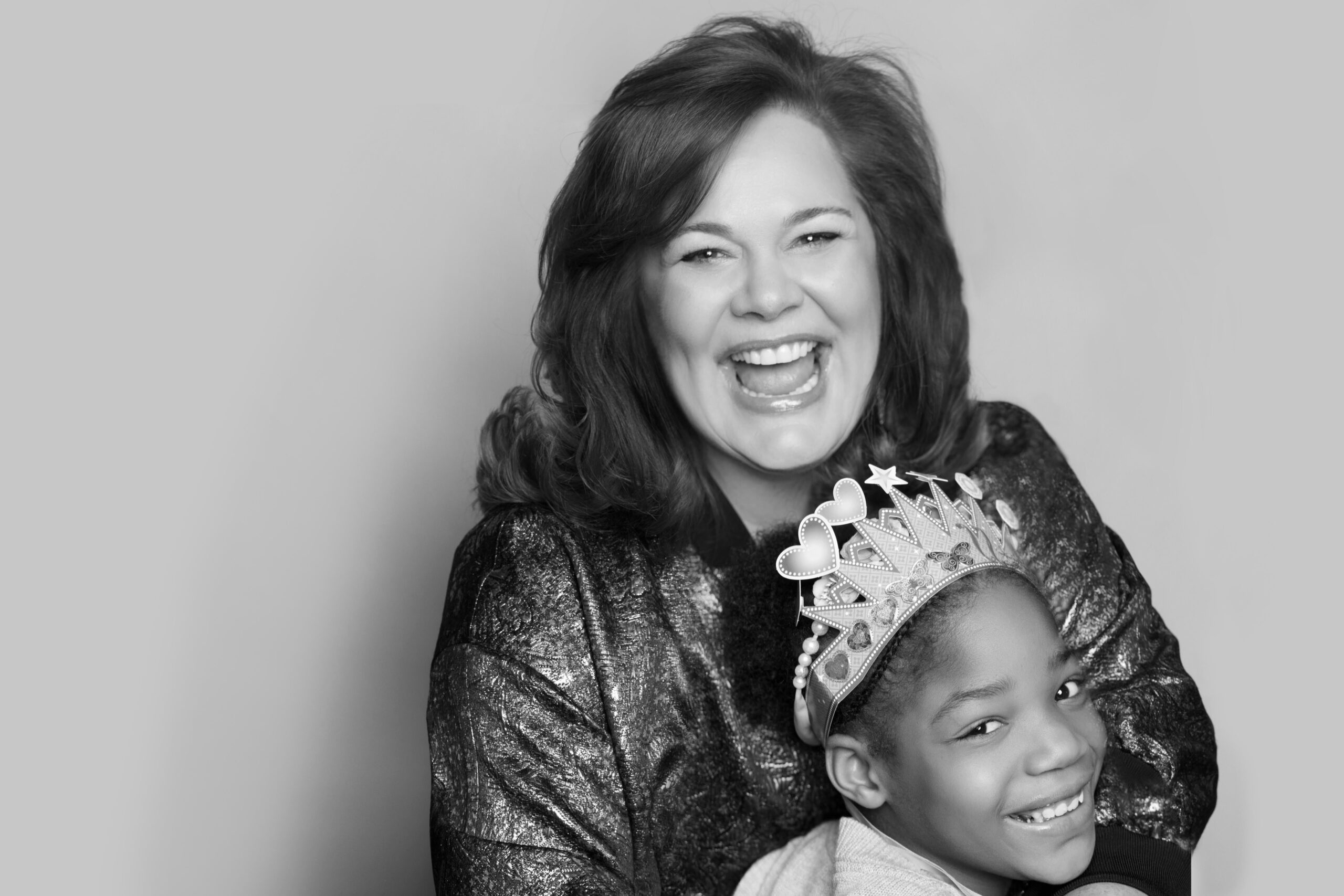 The Beautiful Veracity of Vulnerability

Then Job arose and tore his robe and shaved his head and fell on the ground and worshiped. And he said, “Naked I came from my mother’s womb, and naked shall I return. The Lord gave, and the Lord has taken away; blessed be the name of the Lord.” Job 1:20-21

Although I never heard “God will be disappointed in you if you don’t pull yourself up by your bootstraps” in a sermon ~ at least not verbatim ~ I’d seen it demonstrated so often by adults around me that by the time I was in the first grade the scaffolding of my budding theology included a misplaced admiration for self-sufficiency and false optimism. I sincerely thought sad = bad. So, I learned how to wear a happy expression and speak with a happy inflection even when sorrow or fear were lurking beneath my emotional surface like Great White sharks in a cold, dark sea.

Of course, sometimes emotional predators aren’t content to slink around without biting. Which happened when I was sophomore in high school and the migraines I’d been having for a year or two worsened to point of causing me to have blackouts and get violently sick every couple of weeks. After I lost consciousness at track practice one afternoon, mom raced me to a neurologist who immediately had me admitted to a hospital because I had multiple symptoms of a brain tumor.

Fortunately, after several days and a battery of tests, I was diagnosed as having a build-up of cerebrospinal fluid behind my optic nerve, not a brain tumor or anything life threatening. Other than dealing with the awkwardness of several relatives sobbing uncontrollably in my hospital room after hovering outside the doorway and talking with mom in hushed tones (my family isn’t always adept at dealing with grief, but we are quite gifted at drama), my teenage medical issues were a minor hiccup.

I’d all but forgotten about that hospital stay until I was in my early forties and my counselor and I were excavating some of the bigger hills of my adolescence when I remembered an alarming, thoroughly-dismissed-at-the-time, symptom from that long ago health scare. I recalled it vividly because I’d heard Mom tell this story numerous times. While I was in the hospital a child psychiatrist met with me ~ as part of their normal protocol at the time when treating a minor ~ to ascertain whether he thought there were any signs of child abuse.

Following our two-hour visit, he sat down with Mom to go over his evaluation. Once he explained that he found no signs of physical abuse or psychosis, he closed my file, took off his glasses, rubbed the bridge of his nose and said soberly, “Lisa is either the most happy, well-adjusted child I’ve ever met in my life or she’s in deep emotional pain.” Every time my dear mama got to the end of that story at a family gathering or while chatting up a grocery store clerk or a saleslady at the make-up counter in the mall, her voice would rise triumphantly because she regarded the psychiatrist’s statement as proof that I actually was the happiest, most well-adjusted child in the history of the universe.

It took me two and a half decades to realize that compassionate doctor was trying to tell Mom that I was a pretty little liar. That my mirth was mostly a mirage. And while young adulthood brought with it the growing awareness that the painful knots in my soul stemmed from childhood wounds ~ my parents had a very acrimonious divorce, and I was sexually molested by several different men after Dad left our family ~ I had no idea how to deal with them. So, when I graduated from college, took a job in youth ministry and became a “professional” Christian, I felt like I had no choice but to suppress my vulnerability and pretend like everything was okay. Eventually I became a master happy doppelgänger. 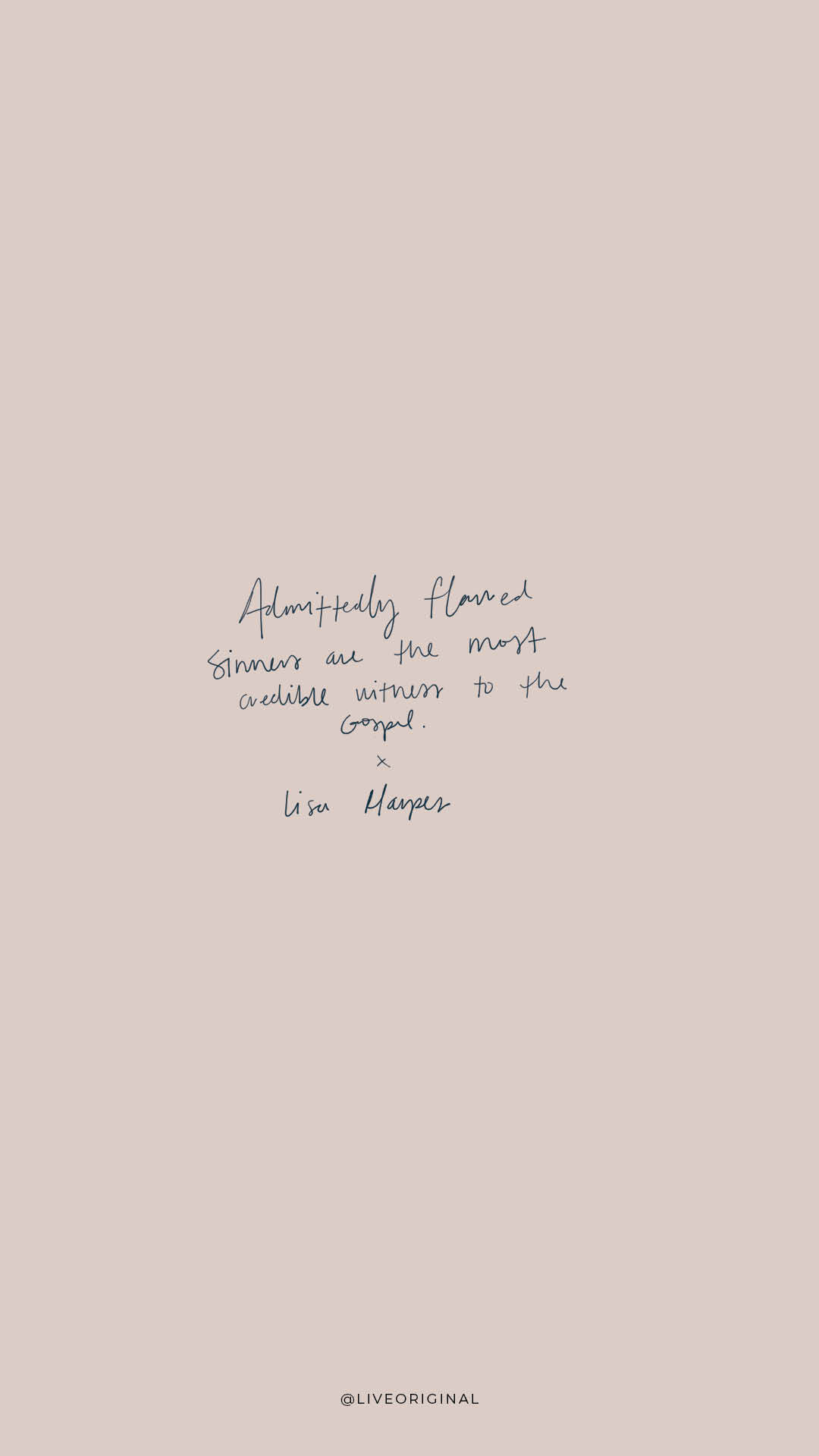 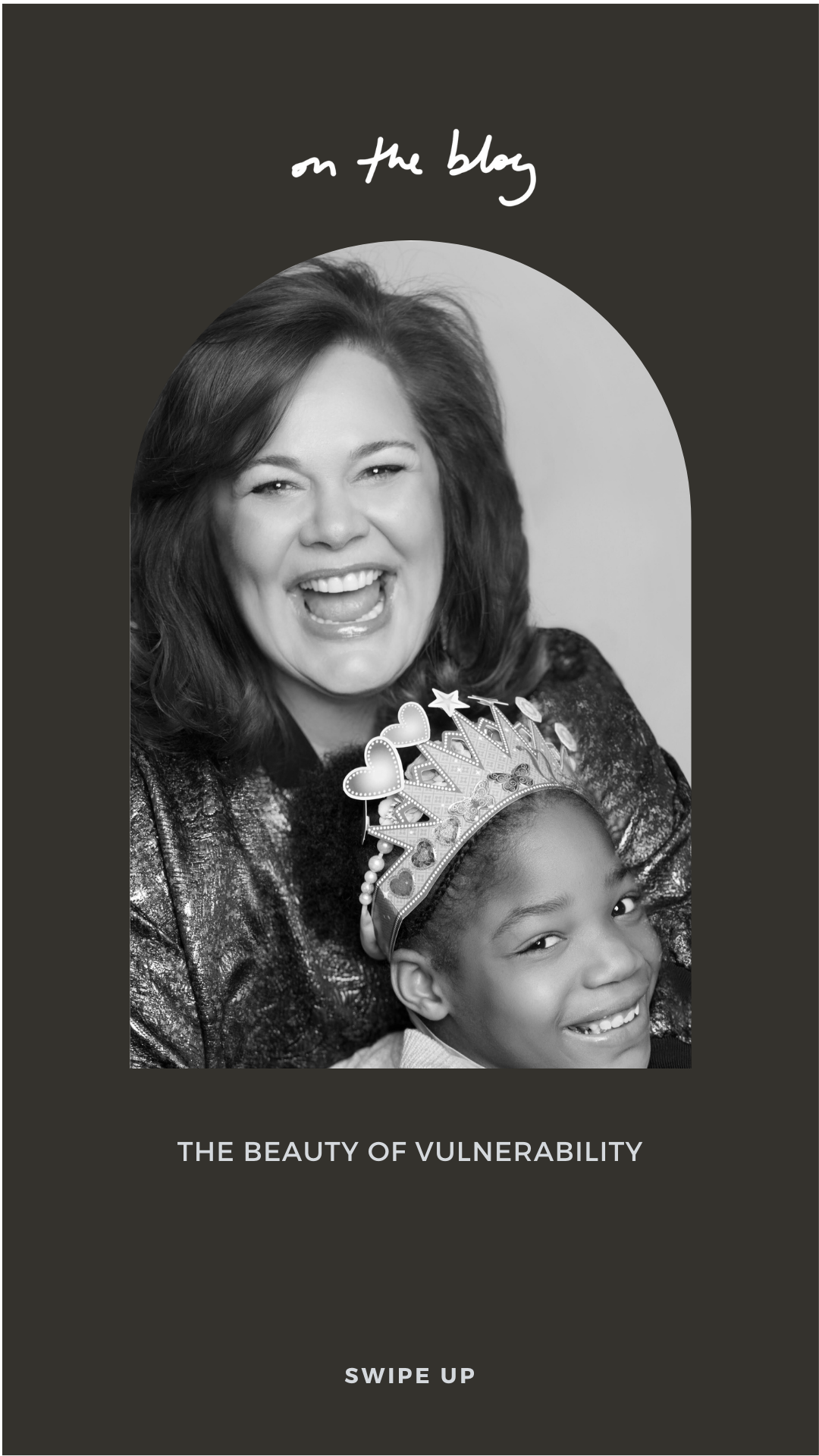 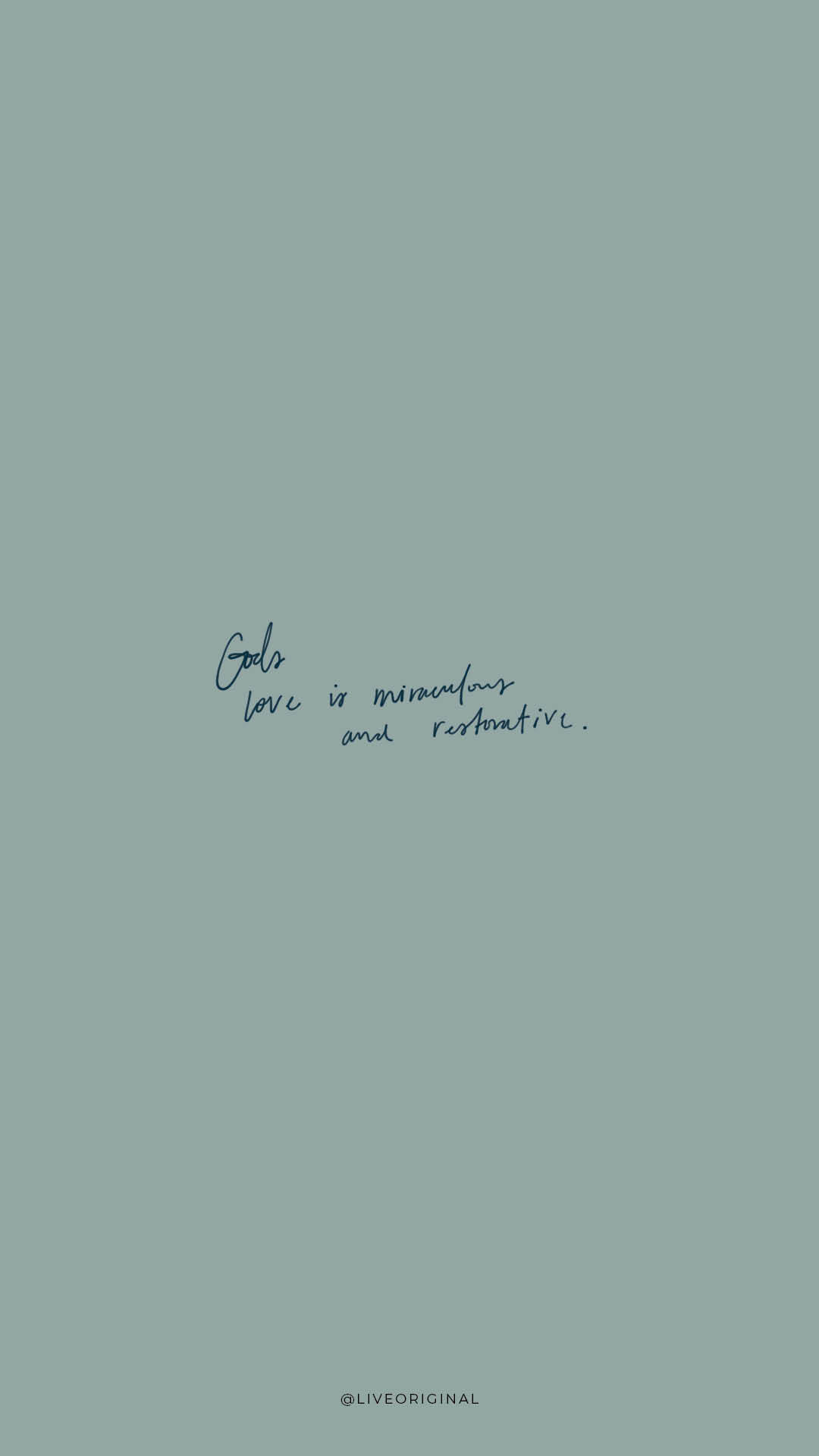 You’ve probably heard the platitude “Fake it til’ you make it” and perhaps like me, adopted it as a strategy to survive difficult seasons. But I can promise you from decades of personal experience that the only thing faking makes is more of an emotional mess. Much like that old-school arcade game, Whack-a-Mole, pretending you don’t feel something doesn’t get rid of it. Instead, like those pesky moles, pushing what we perceive to be sad, bad, scary or shameful deeper into the recesses of our hearts and minds causes other problems to pop out. Things like insincerity and isolation and depression and the inability to experience true intimacy with others and with God. Pretense may effectively camouflage our true feelings for a season but ultimately it only serves to exacerbate our ache.

Trusting in God’s compassionate sovereignty means hiking up the hills and down into the valleys of life all while hanging onto the firm belief that ultimately everything will work out for our good and His glory. Faith in the immutable kindness of our Creator Redeemer eliminates the need for a facade. It means that like Job, we learn to shoulder disappointments, grief and loss honestly…with hearts tender enough to be broken and worship pure enough to remain intact. It means realizing that in the economy of Glory, scars can actually become beauty marks.

Speaking of scars, I got to hang out with Wonder Woman recently. Well, not Wonder Woman exactly. Her name is Lori, not Gal Gadot. But she’s incredibly brave despite her lack of knee-high red boots and a cape. Because Lori just passed the three-month mark of being clean from methamphetamines after an eight-year addiction that culminated in a conviction for illegal drug possession and armed robbery charges.

Unlike most of the women I meet at The Next Door (a faith-based program in Nashville that provides recovery support services for women conquering their addictions to alcohol and drugs), Lori looks younger than her age of twenty-three. The first time we met she was wearing a hoodie with a popular logo emblazoned on the front, torn jeans, and metallic nail polish. If I’d seen her strolling through the mall or giggling with her girlfriends at Starbucks, I would’ve assumed she was a happy-go-lucky college student. It wasn’t until she pushed up the sleeves of her sweatshirt, and I noticed the ragged scars from shooting up, that the tragic reality of her former life became apparent.

Because I’ve had the privilege of volunteering with several addiction-recovery programs, much of Lori’s story is sadly familiar. She grew up in a very poor family in a very small town. One of her parents moonlighted as a mean-spirited bully, who claimed to be “knocking the stupid out of her” when smacking Lori around. Of course, she wasn’t stupid at all. Despite the regular beatings she endured at home, Lori excelled in school. She made the honor roll and the cheerleading squad. After putting her hope in the unconditional love of Jesus Christ at a youth rally, she also became an outspoken Christian leader on campus. However, when her parents divorced and she became the sole possession of her abuser, Lori’s world caved in. She eventually ran away from home and moved in with her boyfriend. He introduced her to meth, which numbed the searing pain of the compound fractures in her heart. And the rest, as they say, is history. Horrible, awful, gut-wrenching history.

That is until God intervened with a team of federal agents wearing flak jackets. Lori’s voice brightened when she got to the part in her story where those law enforcement officers burst into her trailer to arrest her. She looked up at me through her bangs and grinned. Then she proclaimed with genuine gratitude, “Miss Lisa, I know God ordained the exact timing of my drug bust, because I’d planned to commit suicide that afternoon. If those cops hadn’t come when they did, I wouldn’t be sitting here today.”

The older I get the more convinced I am that admittedly flawed sinners are the most credible witnesses of the Gospel, because blemished believers can’t fake moral superiority. Our scars make it glaringly apparent that we couldn’t protect ourselves from harm.

Authentic Christ followers with scabby knees, bruised hearts, and even track-marked arms, who sometimes stumble yet always grab onto the arm of His Spirit in order to stand up again, exemplify the redemptive power of divine grace. We prove how miraculous and restorative the love of God really is. We know we can’t make it by ourselves and can only keep it together because of the amazing grace Jesus provided for us through His sacrificial death and glorious resurrection! And with a Prince like that who needs pretense?

“On the last day, Jesus will look us over not for medals, diplomas, or honors, but for scars.” Brennan Manning

Lisa Harper is an engaging, hilarious communicator as well as an authentic and substantive Bible teacher that many enjoy hearing in person, or on countless TV and radio platforms. She holds a Master of Theological Studies from Covenant Seminary, and a doctorate-in-progress at Denver Seminary. She’s been in vocational ministry for thirty years and has written fifteen books and Bible study curriculums but says her greatest accomplishment by far is that of becoming Missy’s (her adopted daughter from Haiti) mama! They live on a hilly farmette south of Nashville, Tennessee, where they enjoy eating copious amounts of chips, queso, and guacamole. 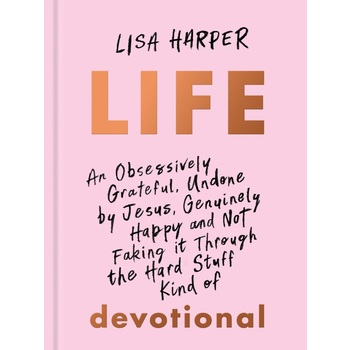 In her new devotional, LIFE: An Obsessively Grateful, Undone by Jesus, Genuinely Happy, and not Faking it Through the Hard Stuff Kind of 100-Day Devotional (B&H, Feb. 9, 2021), Lisa provides readers with a deep exploration of Scripture that proves God’s grace is more than sufficient for both the massive and minuscule things in life.

Whether we deal with personal loss, ongoing trauma, global crisis, or simply a super bad hair day, the Gospel is more than enough to handle every single thing. LIFE reminds us that God’s faithfulness really does follow us into all the difficult, painful, crazy, and even humorous moments of our every day.

“Whether you’re having a great day or a terrible, horrible, no good, very bad one, the lavish and always-accessible affection of our Heavenly Father enables us to hang onto authentic peace, hope and joy and rest securely in his embrace!” – Lisa Harper.