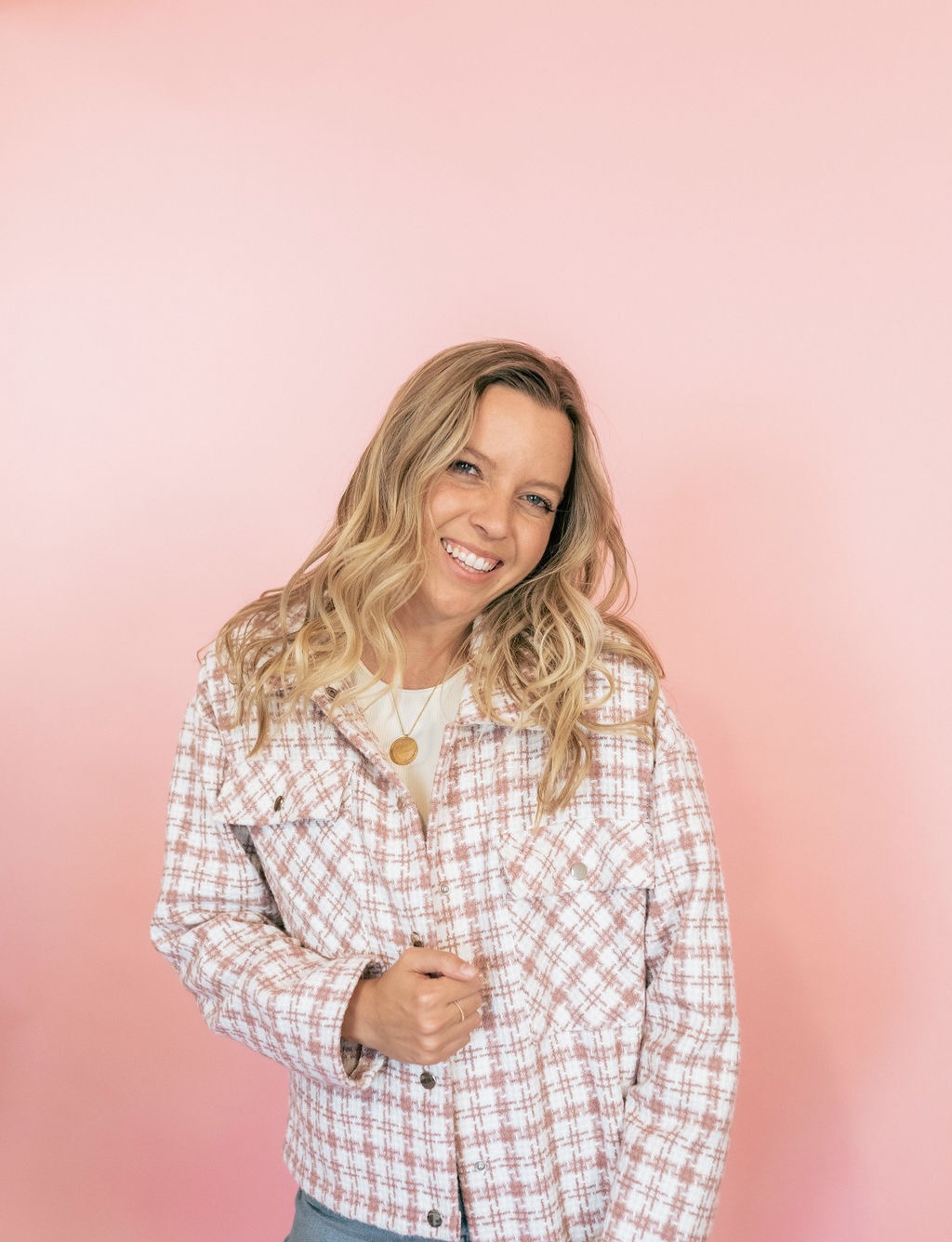 Staying in Step with the Lord

Have you ever been in a season where you feel like you have no direction for where you are going? Maybe you’ve asked God where He is at. Maybe you’ve felt as if He isn’t working in your life and it seems like you are completely stuck. I’ve been there too, many times in my life. But specifically at the beginning of 2022, I was frustrated with where I was. I was a full-time nurse, about to be a first-time author, ran a small business, was encouraging women through social media, and knew that the Lord was stirring something new within me. I just had no idea what that something new was, and it became all that I could think about.

I honestly was really struggling with being a nurse at the time. Work was draining, my co-worker’s morale was really low, and I had all these other new passions within me. It was getting hard to balance the writing I was doing along with having a full-time job, being a wife, a friend, and taking care of myself. Burnout was really close. I was waiting for the day when the Lord would tell me to quit. I selfishly didn’t want to be doing the hard work as a nurse anymore. I wanted what seemed to be the “easier way.” But deep down inside I still had this feeling that I was still called to be involved in nursing. Every part of me was trying to ignore it. My dream was to be part-time, but that was desired by many people and seemed impossible since we were short staffed so I never bothered asking.

One Sunday morning I was at church and during the last worship set I remember sitting down and pleading to the Lord, “What is next for me?” I began to see a picture of Joshua at the Jordan river, I felt the Lord remind me that the waters didn’t part until the priests took a step into it. It was at that moment that I felt the Lord tell me to quit my job as a nurse. I was hysterically crying as now I knew I heard clearly from the Lord and wanted to obey but now doing the one thing my flesh wanted felt like the most horrifying thing to do. I didn’t know what would come of it. I was stressed about what our finances would look like, and I had no plan whatsoever of what would happen once I wasn’t working, but I chose to be obedient to what the Lord asked of me. The next day I put my notice in for 2 months. Why 2 months? Only the Lord knew.

Fast forward a few weeks and I still had zero clarity on what was next. I found myself asking God, “Okay Lord, you told me to do this, and I still have no idea what you want me to do!” I felt the Lord call me to fast for a day from food. I prayed and prayed and prayed, but still, nothing. The next day I was at work and it was the day to tell my boss what my official last day would be with the new schedule out. As I walked into the office to tell her what my last day would be, she offered for me to go part-time! At first, I was hesitant and thought, “But God, you told me to quit?” and then I felt Him say, “I am giving you the desires of your heart.” 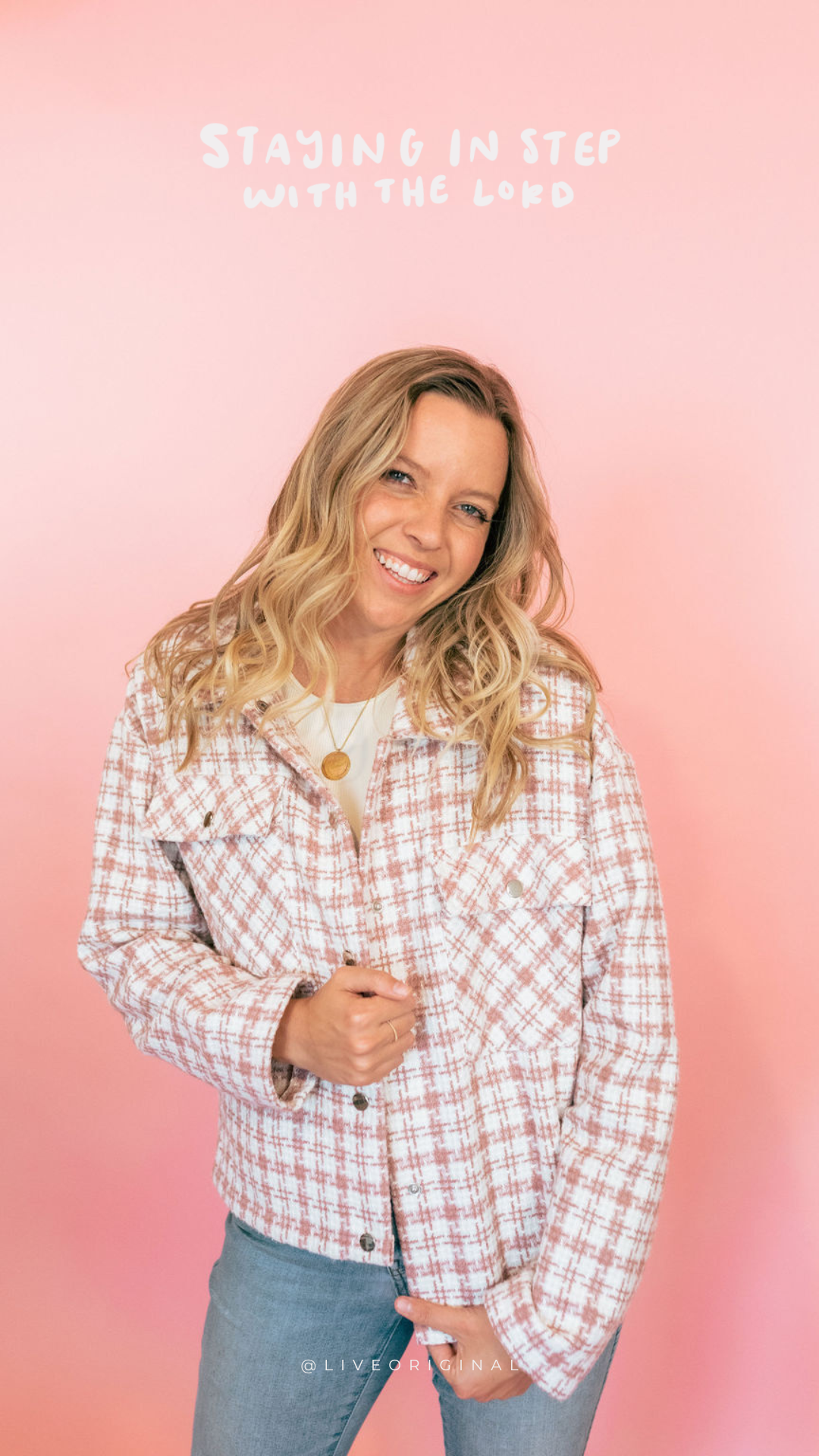 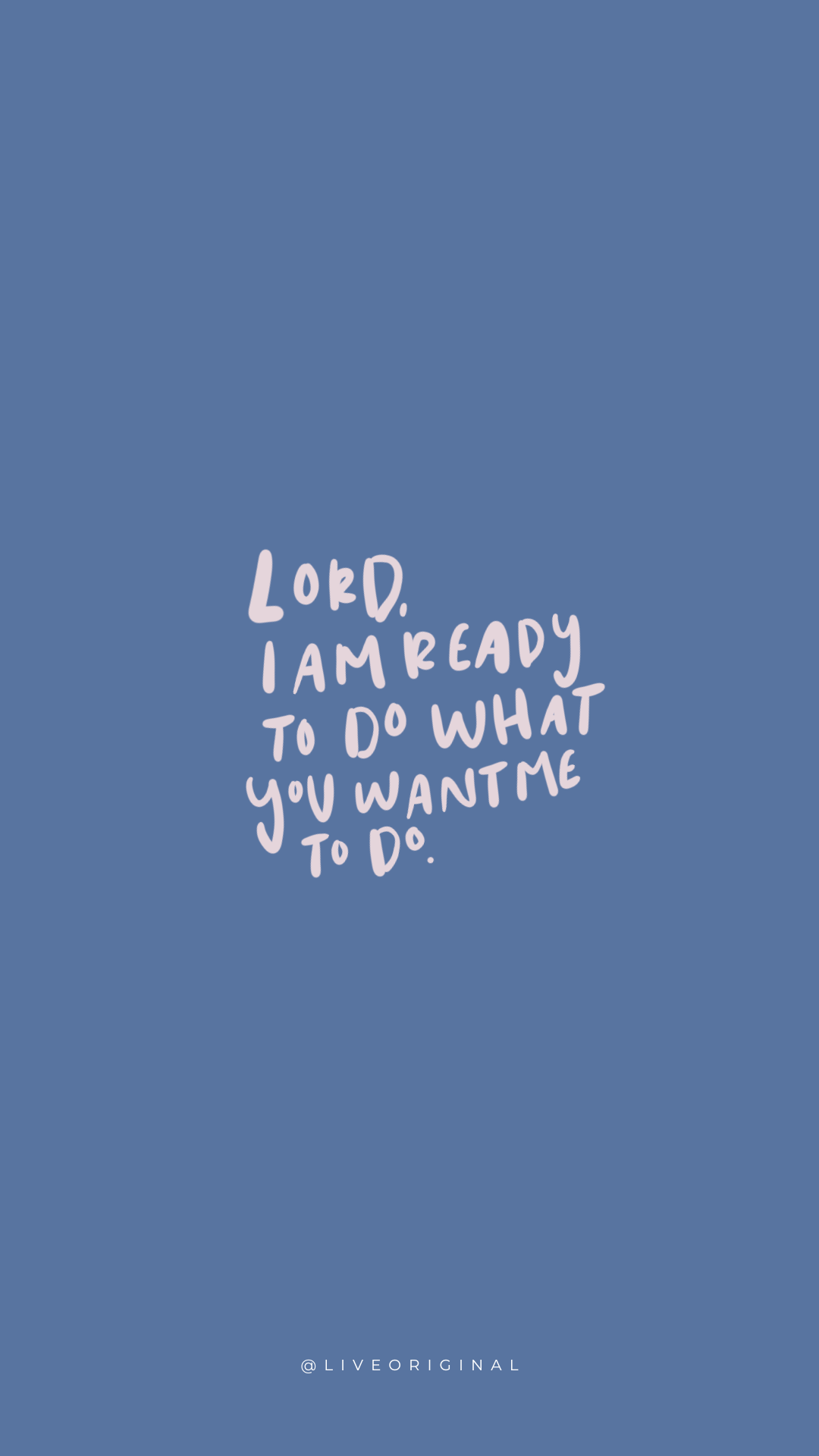 After talking with my husband and family it was evident that this was the next step that God had for me. As I began to work part-time as a nurse God then began to open other doors that filled my time. Looking back, I see God’s hand in every moment, even when I felt as if He wasn’t there.

As I walked through that season of my life, the verse I held onto was, “The heart of man plans his way, but the Lord establishes his steps.” Proverbs 16:9 ESV

I could have made all of the plans in my head that I thought were best for me and tried to pursue them. But ultimately, I wanted and knew that God’s plan for my life was better than anything I could have ever come up with on my own.

When we choose to surrender everything that feels comfortable and step into the uncomfortable of the unknown with Jesus, He WILL show up. God isn’t always going to give us a list of the steps we need to take to get to where He wants us to go. Most of the time He is a step-by-step kind of guy or even “take this blind step and see what I will do.” But with each step of faith that we do take with Him, we can trust that we are on the path to the most abundant life. I love what Mark Batterson says in his book Draw The Circle, “God wants us to get where God wants us to go more than we want to get where God wants us to go.”

So yes, maybe you are in a season where you feel no direction or clarity. I want to encourage you, instead of asking God for a 5-step plan or just waiting for Him to make a move, ask Him what the next step for you to take is. And then boldly and courageously take that step no matter how scary or daunting or vulnerable it may seem. Sometimes instead of just waiting on the Lord to move, we need to take an action step that says, Lord, I am ready to do what you want me to do. I lay down my plans for my life and submit to your plans for me whatever they may be. If God told you to do it, He will bless your obedience. Just like the priests touched their feet in the water of the Jordan river and then it parted. They had to have faith that God would do what He said He would do. Out of faith, dip your toes in the water, and watch how God will make a way when there seems to be no way!

Allyson Golden is the Author of the devotional Words Are Golden and founder of the online ministry Words Are Golden. She is also a part-time nurse & on staff at the church in which she and her husband helped plant. Her heart is for women to recognize that their words hold power when rooted in God’s powerful word. She loves to host people in her home, cook yummy meals & learn about the heart of Jesus! You can read more from Allyson on Instagram @wordsaregolden