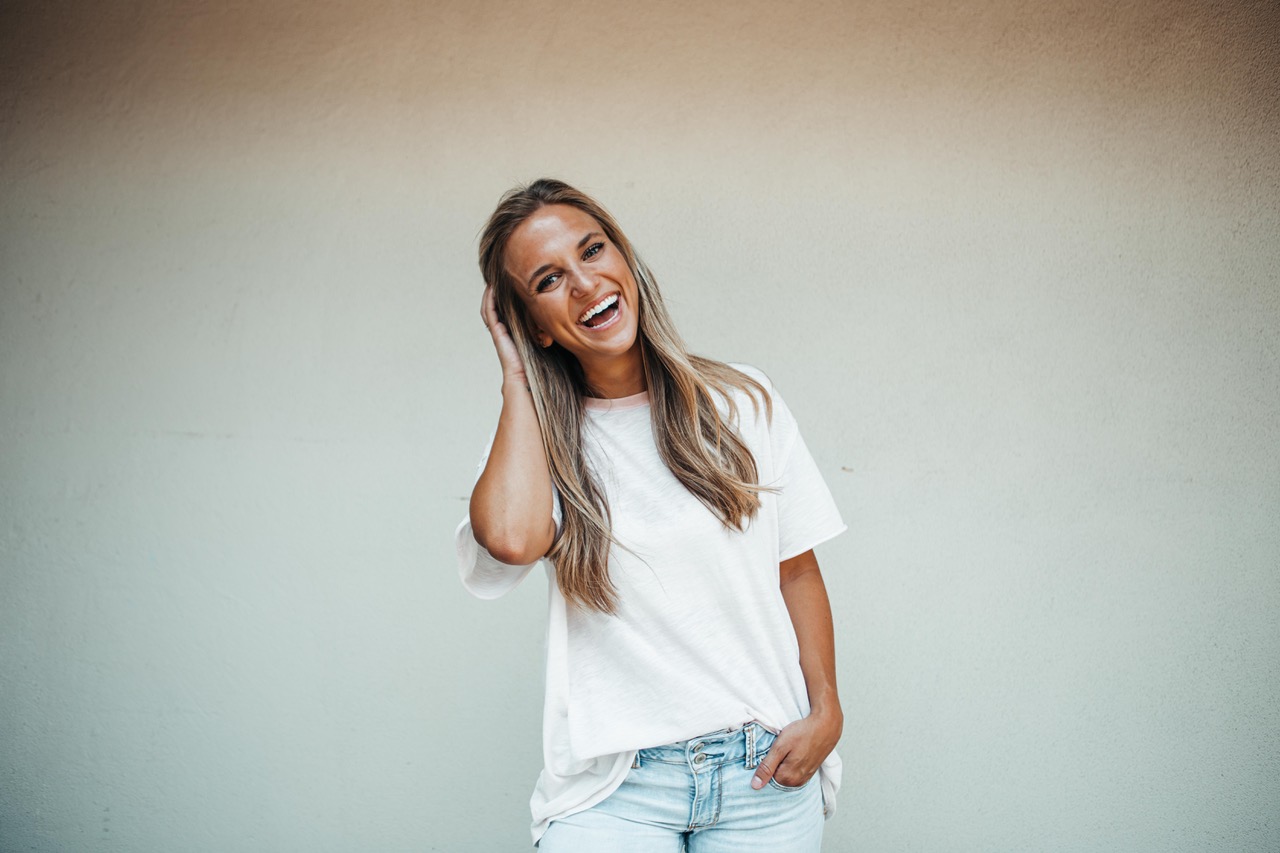 A few weeks ago, our pastor said, “we all receive God’s grace, but receiving His FAVOR is dependent on our obedience.”

Dang. If that feels like a bit of a gut-punch to you, it did to me too. Not necessarily because I’m actively disobeying God, but because true obedience means complete surrender to whatever He calls you to do…and if you think about the kind of things God has historically called people to do, that’s kind of scary.

Take Noah for example… my usual takeaways from this Bible story are the obvious: the unfathomable size of the ark, the fact that Noah corralled and onboarded a pair of every species of animal on earth, God’s intense act of wiping out the world with a flood and starting over again. But I read it again recently and a new thought occurred to me: What did Noah’s friends think when they saw him building that boat? What were the people in his community saying about him? I think we have this conception that “back then” was so different from today when in reality, it wasn’t. People were judgmental back then. People gossiped back then. And dedicating YEARS of your life to build a ginormous boat that God told you will save the human race seemed just as crazy back then as it would today! But Noah obeyed God anyways, and God showed Him great favor.

I also see this truth woven throughout my own story. Since I was in the 4thgrade, I’ve watched as my parents have actively obeyed God’s radical (and sometimes seemingly crazy) callings on their lives. And as a result of their obedience, not much about my life has looked “normal.”

I associate 4thgrade as a turning point because it’s the year that my mom literally heard God say that He had a child for them, and they said yes to pursue our first domestic adoption. That same year, we also took our first mission trip to Guatemala.

To give you a little background— we live in Williamson County, where the racial demographic is 85% white, the median household income is over $100K, and the average family size is 3.

Guatemala was my first exposure to really any level of poverty, and when my parents added Joshua, an African American baby boy (who, at the time, were the last children to be adopted in the US), to our family of 6…well, you can imagine that we didn’t exactly blend in. And that didn’t change with time…our family continued to grow and our life looked increasingly different from those around us as we domestically adopted my brother Caleb in 2007. Around the same time, my dad joined the Board of Directors for a non-profit in Uganda and in 2009 (for my 7thgrade spring break), we boarded a plane to Africa for the first time.

Prior to the trip, my mom said we were “done having/adopting kids.” She had co-founded an organization called 147 Million Orphans that raised money for other non-profits, helped adoptive families fundraise, and completed projects for various organizations in Uganda, Haiti and Honduras. At that point, 147 allowed her to continue to serve without bringing in any more kids of her own, but she always said that HYPOTHETICALLY, if they ever adopted again, she “would want to adopt a little girl, name her JosieLove, and put her hair in pom-poms.” Well, wouldn’t you know that we visited a children’s home on that trip, and there sat little Josephine – the only child with a full head of hair (if that’s not God’s sense of humor, I don’t know what is). She sat alone, isolated from all the other children. Her eyes barely opened and at 3 years old, she weighed 12 pounds. Despite her physical conditions, God gave this 7thgrader’s heart a very clear peace that she BELONGED in our family. So, as any determined, slightly stubborn middle schooler would do, I came home and changed all of our computer backgrounds to photos of sweet Josephine and asked my parents every morning before school if they had prayed about her joining our family. In His perfect timing, God gave them the same peace and 8 months later, they traveled to Uganda to bring her home.

I could write a whole post solely about the whirlwind of events that followed, but the plans quickly got flipped upside down when my parents took Josie in for a routine medical exam and she tested positive for tuberculosis, malaria and HIV. When the orphanage directors found out about the diagnosis, they assured my mom and dad that they would get them a “perfectly healthy child” and they could leave Josephine behind. My parents have vivid memories of my response to the news as I asked them, “if she was perfect, would you take her?”

Despite the fears of the unknown, they knew that she was supposed to be a Mayernick so they fought for her and watched as God showed up with undeniable favor, opening door after door for her to come home. Her progress once she arrived was truly remarkable. To say she’s a walking miracle would be an understatement – she blossomed into the most joyful, radiant kid you’ll ever encounter. Not to mention that her HIV is undetectable!

So if you haven’t kept up with the math, JosieLove’s arrival put us at 7 kids. And if you’re thinking “wow, that’s a lot of people under one roof,” the story isn’t finished!

For the next 7 years, our family continued to work with 147 Million Orphans. We built houses in Honduras, a clinic in Haiti, and consistently served alongside our friends with ministries in Uganda. This season of serving brought us the final piece to complete our family puzzle when we met (my now sister) Tuta on a trip to Honduras! She was aging out of her orphanage and it really was an instantaneous, God-ordained heart connection. After supporting her from afar for a couple of years, we were able to get her a US student visa in 2015 and she’s been a part of our family ever since.

Fast forward to 2017, and my mom felt God leading her to really focus on the need in Uganda and dig our roots there. We saw first-hand how the love of a family & quality medical care saved Josie’s life and enabled her to grow and flourish, and the crazy thing is – there are thousands of kids just like her! So, in 2017, we changed our name from 147 Million Orphans to Love One International (named after Josie LOVE) and started a rehabilitation center for children in Uganda. 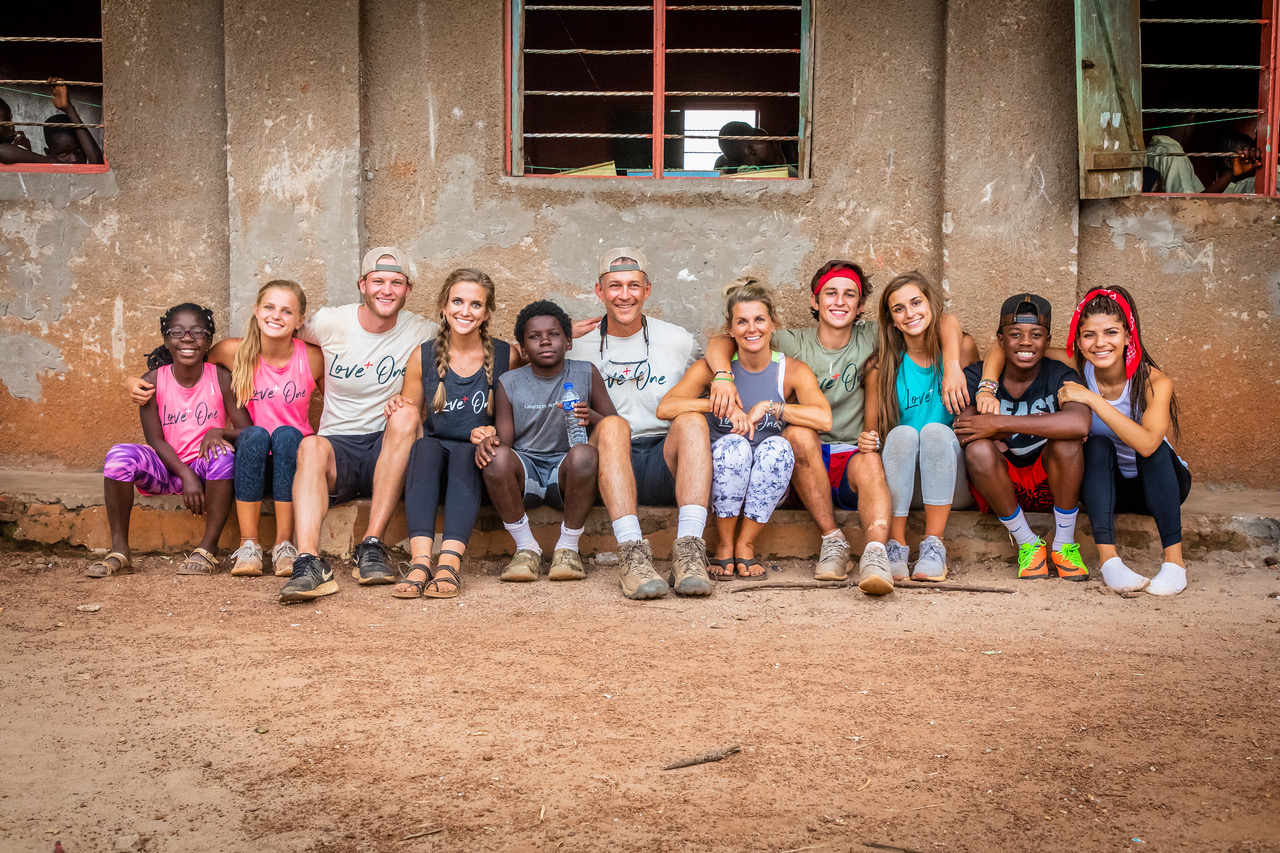 Now, God isn’t gonna ask you to build a giant ship to save mankind, and He may not tell you to adopt 4 kids and start a rehabilitation center for kids in Africa, but obedience is just as important in the small decisions as it is in the big ones…like saying yes when the Holy Spirit prompts you to give $5 to the man on the side of the road, loving that person that’s difficult to love, or intentionally praying for the people in your life.

Obedience is staying true to the person God calls us to be in the day-to-day so that our hearts are postured to receive and say YES to the big, unknown, intimidating things He calls us to.

One of the best pieces of advice my mom has ever given me is that God doesn’t call the equipped, He equips the called. He will give you the support system, the tools, and the strength. All you have to do is say YES to that initial prompting, then watch as He shows up, opens doors and fills your life with abundance and favor. Take it one day at a time, trust that His plans are better than yours, and just keep saying yes.

Grace Hackett is a born-and-raised Nashvillian. She works full-time for her family’s nonprofit, Love One International, and is passionate about advocating for those without a voice. She’s happiest when she’s with her husband, family and friends, and her favorite foods are sushi and ice cream.