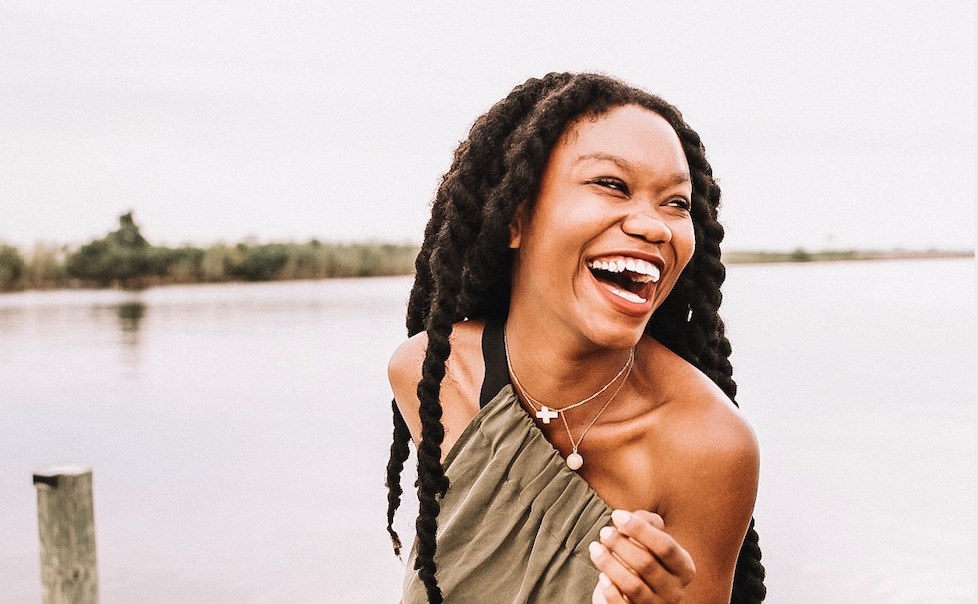 I get asked all the time how I became an orphan. What were the circumstances that led me to my family here in America? It’s complicated, but I am going to try and tell you my story.

I was born in a refugee camp in Sierra Leone, West Africa at the end of a civil war that destroyed communities and took thousands of lives. My family was a casualty in that war.  They were forced to leave our home and sent to camps where they could get food and support because the rebels had left them with nothing.

I was born in the middle of that crisis. My father was assumed dead and my mother had MANY kids. She couldn’t care for me and, like many children during that time, my life was at risk.

When I was two years old, I was abandoned to an orphanage. I have very few memories of my time there which is probably a good thing. The orphanage had little support and few staff members. I was severely neglected during my time there.

While I was living in this dark place, on the other side of the world, God was moving in the hearts of my parents.

Here is the story I have come to love. One day my mom was searching the internet, studying the orphan crisis. She found a website filled with thousands of pictures of children from all over the world who were orphaned and waiting for families to adopt them. She was looking for a little boy because she already had a biological son, my brother Jordan, and thought another boy would fit perfectly into their family. Little did she know GOD had other plans that day.

She clicked on a link that was tagged as a boy–two years old–living in Africa. When the picture loaded, she saw my face. And, according to her, everything changed at that moment. She has always told me that the photograph spoke directly to her heart and, out of all the kids she had seen, I was the only one smiling. She tells me she learned her fist big lesson on overcoming adversity and hard things when she realized there I was, in a war torn country, abandoned, and broken, yet smiling with hope and joy in my eyes.

After that day, she and my dad went on a mission to find and adopt me. They wanted to give me a life that couldn’t have in Africa.

I wish I could say that it was easy for them, but it was almost impossible. They failed many times, spent every dime, and were told over and over again that it would never happen. They were told I wasn’t worth it. They were told I was better off there. But, they knew differently and they listened to the voice of truth telling them a different story.

Even though my parents starting working on the adoption process when I was two, I didn’t get to come home with them until I was five. In God’s goodness. I don’t have many memories of my time in the home.

A few years after we became a family, my parents decided to go back to Sierra Leone. And after seeing the number of children still suffering, they opened a children’s home for vulnerable, neglected, and orphaned kids. It has been remarkable how quickly it has grown.

In 2012, my mom took me back to Sierra Leone to visit the kids and to find my birth relatives. It was amazing to meet my birth mom and my siblings. Sadly, my birth mom continued to struggle and was unable to parent her other children. Ultimately, she abandoned them as well. Thankfully, down the road, they were adopted by very close friends of our family and I get to see them ALL the time.

During this same time, our family decided to adopt several more kids. While I was in Sierra Leone I got to meet them. It was amazing.

In 2013, we went from a family of four to a family of seven, and then in 2014 my youngest sister Willa joined our family. We now have six kids–three boys, three girls–and two dogs, Life is crazy, but I wouldn’t want it any other way. We are just like anyone else, but we know how important love and family are. We also know that helping others has to always be what comes first.

People ask me, “What’s next? and “Where are you headed?”

Well, I LOVE photography and have started my own business. Why am I passionate about photographs? It all goes back to the picture my mom found of me. Remember I said it was a photo of me smiling that captured her heart. One photo caused my parents to cross the world to find me. I grew up realizing that one photo can change the course of your life, just like it did for me. I think that’s why I love photography and taking pictures. I get to capture other people’s lives and tell them that they are beautiful and they can seriously do anything, no matter want anyone says.

My parents have taught me so much about not giving up, fighting for what matters, and following your dreams. They always played the song, “Voice of Truth” by Casting Crowns when they were fighting for my adoption. They declared the lyrics out loud and trusted in its words.

The verse and chorus is this:

Oh what I would do to have the kind of faith it takes to climb out of this boat I’m in onto the crashing waves.

To step out of my comfort zone into the realm of the unknown where Jesus is.

And He’s holding out His hand, but the waves are calling out my name.

And they laugh at me reminding me of all the times I’ve tried before and failed.

I think those lyrics are so powerful and tell me that our GOD is a good God and is bigger than anything.

I hope my story inspires you and helps you see that no matter what your beginning looks like, no matter what you face in your life, you can change the ending. You can go after what’s important. You are valued by God and He sees you even in the darkest places. His design is for you to rise up and be all He has called you to be. Your past doesn’t define who you are now; YOU have a purpose. I found mine. I pray you find yours, too.

I want to leave you with this scripture:

“For I know the plans I have for you,” declares the Lord, “plans to prosper you and not to harm you, plans to give you hope and a future.” Jeremiah 29:11

Jayda is an aspiring photographer who lives in Nashville, TN. In her free time, she loves dancing to jams in her room, eating pancakes, and spending quality time with her incredible family and friends.