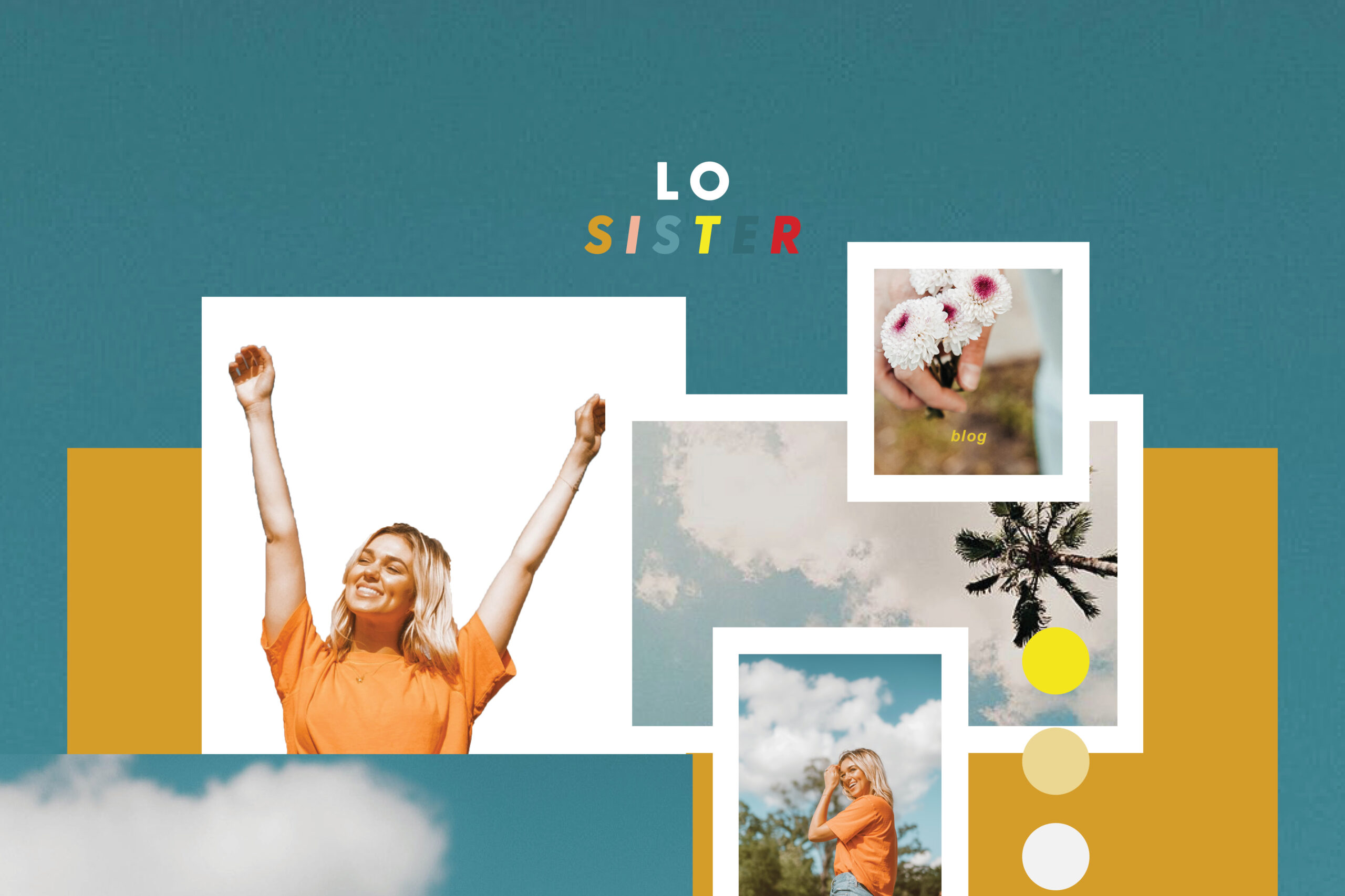 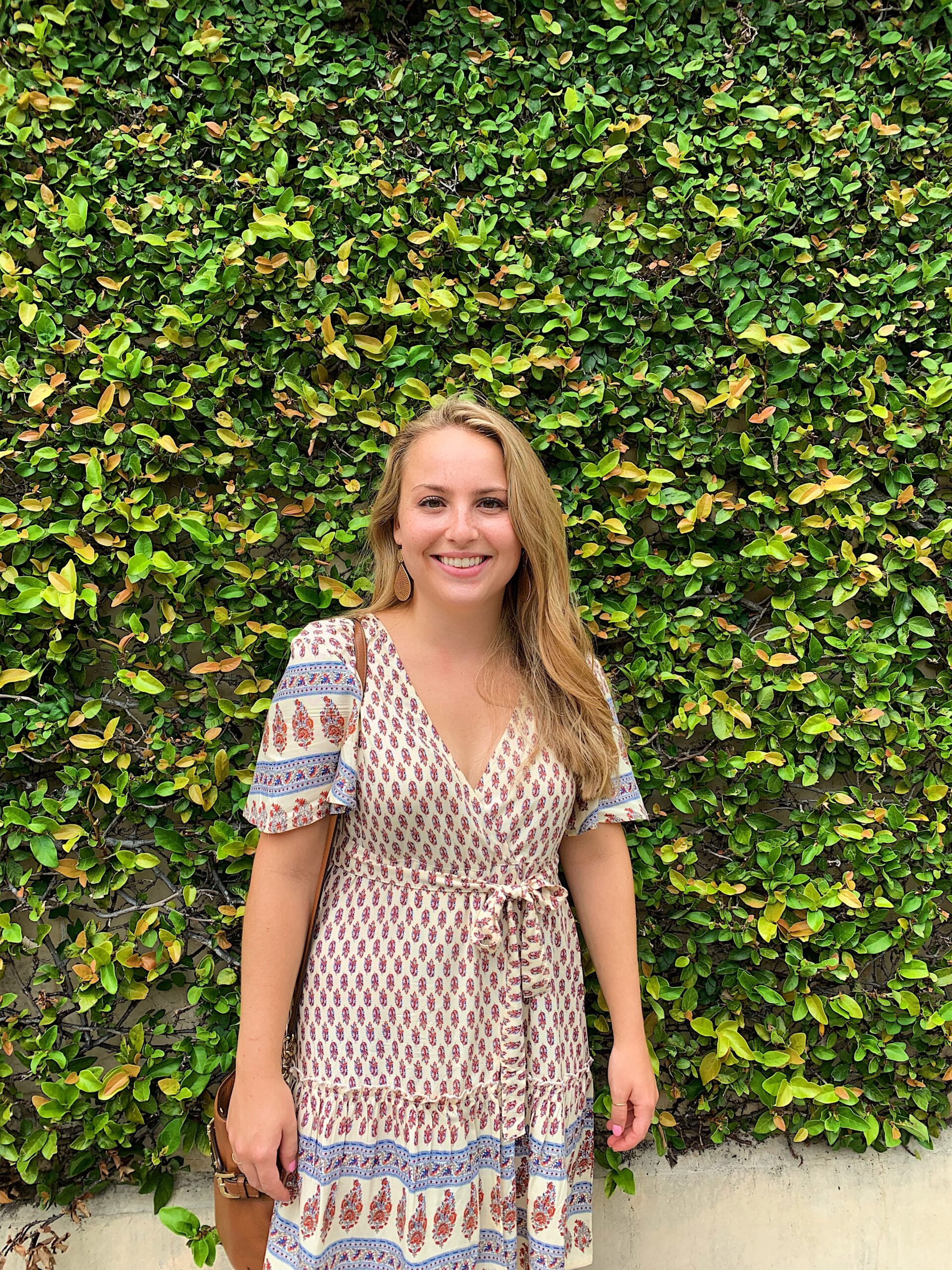 Note from Team LO: We are SO excited to bring you this month’s post from our LO sister member, Madeline Kellas! If you want to be a part of this incredible community, you can join today and your your first week FREE! Find out more about this online sisterhood HERE. And for more info about what LO sister is all about, visit our Instagram Page!

A few days ago I was led to read chapter 29 from the book of Genesis which contains the story of Jacob and Rachel. To give some context to the story, Jacob and Essau were the sons of Isaac and Rebekah. Jacob and Essau were twins, and when they were born Essau came out first, making him the eldest son. It was traditional in Jewish culture for the eldest son to receive a birthright blessing from their father. The abridged version of what happens next is that Jacob tricked Isaac into giving him Essau’s birthright blessing. Once Essau found out he was furious, so Jacob fled his homeland in order to escape Essau’s wrath, and that, my friends, is where Genesis 29 picks up.

During his travels, Jacob came upon a well and saw a group of men standing there who, as it turned out, knew a relative of his, Laban. The men at the well informed Jacob that Laban’s daughter, Rachel, who worked as a shepherdess, was approaching the well. Jacob was instantly captivated by her beauty and she was equally captivated by him.

Jacob asked, “Do you know Laban son of Nahor?” “We do.” “Are things well with him?” Jacob continued.“Very well,” they said. “And here is his daughter Rachel coming with the flock.” Jacob said, “There’s a lot of daylight still left; it isn’t time to round up the sheep yet, is it? So why not water the flocks and go back to grazing?” “We can’t,” they said. “Not until all the shepherds get here. It takes all of us to roll the stone from the well. Not until then can we water the flocks.” While Jacob was in conversation with them, Rachel came up with her father’s sheep. She was the shepherd. The moment Jacob spotted Rachel, daughter of Laban his mother’s brother, saw her arriving with his uncle Laban’s sheep, he went and single-handedly rolled the stone from the mouth of the well and watered the sheep of his uncle Laban. Then he kissed Rachel and broke into tears. He told Rachel that he was related to her father, that he was Rebekah’s son. She ran and told her father. When Laban heard the news—Jacob, his sister’s son!—he ran out to meet him, embraced and kissed him and brought him home. Jacob told Laban the story of everything that had happened.

The chapter goes on to say:

When Jacob had been with him for a month, Laban said, “Just because you’re my nephew, you shouldn’t work for me for nothing. Tell me what you want to be paid. What’s a fair wage?” Now Laban had two daughters; Leah was the older and Rachel the younger. Leah had weak eyes, but Rachel was stunningly beautiful. And it was Rachel that Jacob loved. So Jacob answered, “I will work for you seven years for your younger daughter Rachel.” “It is far better,” said Laban, “that I give her to you than marry her to some outsider. Yes. Stay here with me.” So Jacob worked seven years for Rachel. But it only seemed like a few days, he loved her so much.

Okay, so, this is one of the main sections of the text I want to focus on because there is so much information here to unpack.

Once Jacob started working for Laban, Laban desired to pay Jacob for his labor. However, instead of choosing to acquire wealth, Jacob asked Laban if instead of wages Jacob could be granted the privilege of marrying Rachel in return for his work. Laban agreed and determined Jacob would need to work for seven years before he could marry Rachel. Seven years!! I don’t know about you but waiting for long periods of time goes against every fiber in my being. I would like to note though, that in the Bible the number seven symbolizes unity and completeness. We see earlier in Genesis that God created the world in seven days, and on the last day God rested because his work was finished, or complete. Here, in this section of Genesis, we see that Jacob’s work will take seven years to complete. It was right here, the Lord whispered something new to me.

Before I delve into what the Lord shared with me, it is important to note that in Jewish society at this time of this story it was customary for women to give up their profession once they were married so that they could tend to the home and any children who were born. When we are first introduced to Rachel we are told that she was working for her father as a shepherdess, meaning had Laban granted Jacob his blessing to marry Rachel right away she would have had to abandon her work as a shepherdess.

It was right here that the Lord reminded me of something so important. In the seven years of waiting for Jacob to complete his contract of working Laban’s land, Rachel also continued to work as a shepherdess. While my initial reaction to reading that this couple had to wait seven years before they could get married was one of sadness and frustration, the Lord whispered in my ear “maybe Rachel wasn’t done with her mission.” Perhaps Jacob had to work those seven years so that Rachel could continue walking in her purpose. Maybe during her work, Rachel interacted with people who needed what she had to offer. Maybe, just maybe, Rachel wasn’t done serving the Lord and fulfilling her God-given purpose.

The scripture goes on to briefly describe Rachel and her older sister, Leah: “Leah had weak eyes, but Rachel was stunningly beautiful.” Friend, I am going to put a pin right here and we will come back to this verse later.

Then Jacob said to Laban, “Give me my wife; I’ve completed what we agreed I’d do. I’m ready to consummate my marriage.” Laban invited everyone around and threw a big feast. At evening, though, he got his daughter Leah and brought her to the marriage bed, and Jacob slept with her….Morning came: There was Leah in the marriage bed! Jacob confronted Laban, “What have you done to me? Didn’t I work all this time for the hand of Rachel? Why did you cheat me?” “We don’t do it that way in our country,” said Laban. “We don’t marry off the younger daughter before the older. Enjoy your week of honeymoon, and then we’ll give you the other one also. But it will cost you another seven years of work.”

Unfortunately, after working seven years for Laban, Jacob was tricked by him and ended up marrying Rachel’s sister, Leah. While what Laban did is not right, maybe Jacob missed the signs that he was being tricked. Perhaps in his rush to finally be out of his season of waiting Jacob followed his flesh rather than God’s Spirit. Friend, I don’t know about you but I have learned from my own experiences that the ways of the flesh always lead to destruction, but the ways of the Spirit always lead to love, joy, peace, patience, kindness, goodness, faithfulness, gentleness, and self-control.

We so often view waiting as a punishment that we become so fixed on moving past our season of waiting that we do everything we can to try and run down the clock. However, in doing so and focusing only on what we want we often miss what God has intended for our season of waiting.

Maybe some of you are waiting to meet a boy, or waiting for your boyfriend to propose so any amount of time feels too long. Friend, I am there with you, I am in my own season of waiting right now, so I know firsthand how hard that can be. But can I suggest that maybe you haven’t met a boy yet because the Lord wants to be first in your life and heart. Or maybe the Lord wants you to use your season of singleness to fall in love with yourself and grow as an individual. Perhaps you’re not engaged yet because your heart posture isn’t right, or the Lord is currently working in your partner’s life and that takes priority over your desires. Or maybe, like Rachel, getting into a relationship, or marriage would distract and call you away from your purpose.

Friend, I know it is hard, but I want to urge you slow down and seek the Lord’s timing and purpose over your own because, as Jacob showed us, when we chase our own desires and flesh we often end up in a heap of trouble, and usually end up waiting even longer.

Later in Genesis 29, after Jacob worked another seven years and married Rachel, we see that his first wife, Rachel’s sister Leah, was really hurting. After all, Jacob worked a total of fourteen years so that he could marry Rachel. But then there was Leah, who the Bible described as having weak eyes. Remember that verse I said to put a pin in and we would visit it later? Let’s delve into that now. To my understanding, “weak eyes” means what it does today. In other words, Leah needed glasses.

While this part is slightly off-topic, I think it is important to note as the Lord highlighted it to me. When someone has weak eyes, and no access to glasses or any other corrective lenses, they have to take more time to focus, exercise precision, and be extremely intentional in order to do the task at hand because it is harder for them see clearly. Although many of us may want to be more like Rachel, a woman who is known for her beauty, friend, let me suggest that we strive to be more like Leah – intentional and faithful in everything we do, despite the circumstances or environment around us.

We go on to read that despite being unloved by Jacob, Leah remained faithful, and God blessed her for it:

When God realized that Leah was unloved, he opened her womb. But Rachel was barren. Leah became pregnant and had a son…

So, friend, in closing, I hope this spoke to you as it did me. I hope that instead of rushing to be out of your season of waiting that you take the time to slow down and act intentionally like Leah, while shifting your perspective and choosing to view this as time to walk-in your God given purpose like Rachel. I hope most of all, that during your season of waiting that you draw even closer to God.