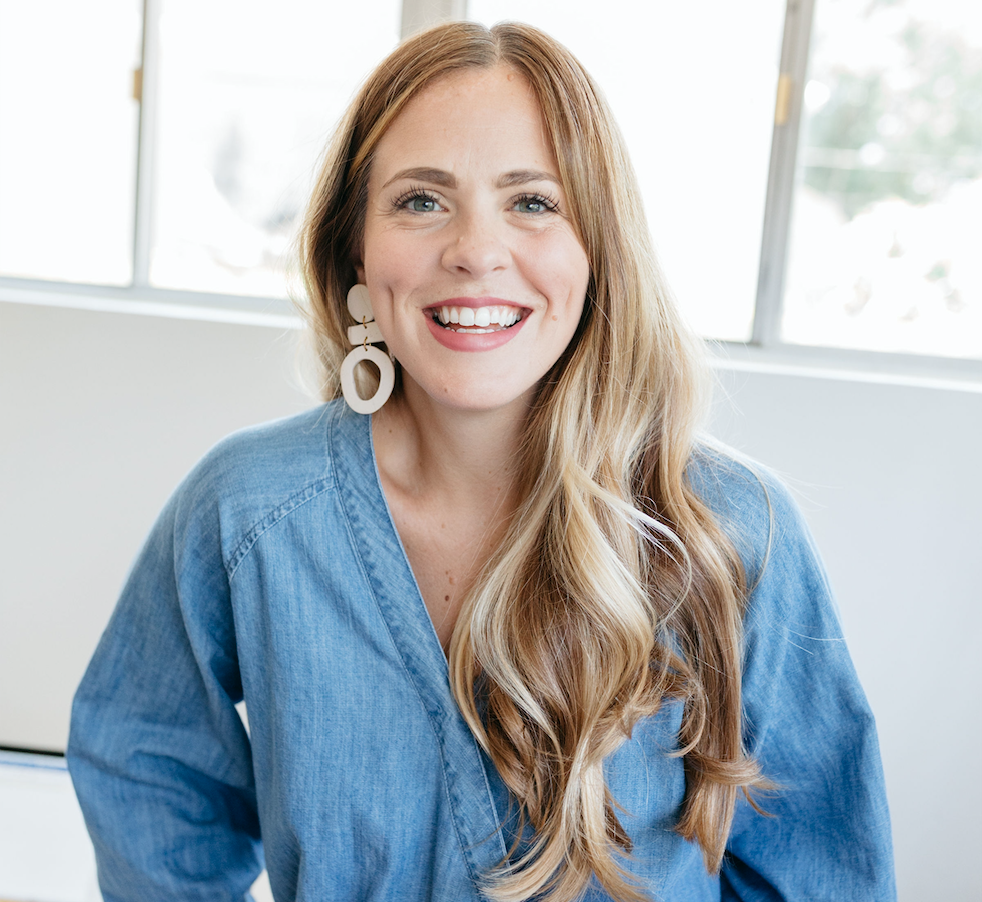 How I Became an Author in the Most Unusual Way

The starting line for me as an author certainly wasn’t my incredible grades in school, but it was found in college – specifically with a friend named Sarah.

The day I moved into my college dorm, I squealed inwardly as I noted one gal writing a Bible verse on the mirror that came standard with our dorm rooms. “Oh I see you like the Bible! Me too! I love this verse! Do you want to go to church while you’re here? I hear there’s a big church offering free lunch for college students tomorrow – do you want to go with me?”

The next morning, when thousands of young adults had recently been freed up from the bondage of their parent’s boundaries and borders, and were incredibly likely to sleep in – I was up early. I’d convinced 8 women from my floor to go to church with me, even though my car only fit 5 total, so we smushed in like sardines in the salty southeastern heat and drove to church. It was all happening, my dreams were coming true.

We had a great morning, but a week later the newness had begun to wear off, classes had begun and recruitment had started for sororities – and my little girl gang was dwindling and growing all at once. There were still one or two women on my actual floor that were interested in the same things I was, but I was meeting other friends – on different floors and in different buildings, who’d come to college looking for the same vibrant Christian community I had. Or even if they hadn’t come looking, they were taking steps toward it now.

But I couldn’t move on so quickly – my heart was attached to these gals I’d first met and grown to love, particularly to the one with the scripture written on her mirror, the one who’d gone to church with me once and never come back. The one who seemed to make such a sudden change in her personality when the parties started happening. Let’s call her Sarah.

I’d already sown my wild oats and done a fair share of drinking, drugs, and dating years prior before I met Jesus. So it wasn’t the drinking and the partying that worried me about Sarah. In the close quarters of the dorm, sharing bathroom sinks and seeing each other before meals and at the end of the day, I saw an exhaustion settle over her – a dark cloud that came in thick and only seemed to settle. Her eyes looked weary, she started losing weight rapidly, and all the sparkle and sweetness was leached from her face as the hard reality settled in: she was looking for her identity, purpose, and approval around every corner of this new-to-us campus and it might just do her in.

As we’d brush our teeth in the morning, I’d smell the alcohol still seeping out of her pores and as we’d walk to class – she’d tell me about the boys she’d been with the night before. Sarah would try to make light of their casual post-coital dismissal of her, she’d try to act like this was par for the course, but I worried there was more going on. This seemed like a girl who was getting her heart handed to her on a platter every single morning, drinking at night to escape the pain of rejection and the reality that she wasn’t so sure who she was anymore. Then she’d do it all over again in a cycle that was branded self-discovery but really was just self-destruction. I watched and listened and prayed as I saw my newfound friend changing before my eyes – I had a feeling this wasn’t normal freshman year experimenting, this was a girl on the brink of serious pain.

One Thursday night I was running late for some Christian community event when there was a knock at my door. It was a friend of Sarah’s, a gal I’d never met, and she asked me if I’d come to Sarah’s room. Sarah had taken it too far drinking and needed a babysitter, they said, just in case things got hairy.

For the next few hours, I sat by her bedside debating whether or not I should call the ambulance. Was this alcohol poisoning? Was she still breathing? I could honestly barely tell. She was still, pale, and her only sign of life was a harrowing moan she’d let out every hour or so. iPhones weren’t a thing yet, google wasn’t even a thing yet, so I couldn’t just quickly research the signs without leaving her side. I sat beside her praying – talking to God and asking Him why he’d placed me on this floor. Why had He let me see her writing that Bible verse on the mirror on move-in-day? I was broken for her.

In the morning, when she was awake (and incredibly ill), her friends chided me for my concern and acted like I an idiot for caring so much. Sarah couldn’t meet my gaze, she couldn’t look me in the eye – either because of shame or the sick hungover fog that kept her from really opening them.

The Friday morning after Sarah’s long night of sickness, I made a decision. In all the praying, pondering, and listening to God about why I was on that hall of freshman girls – why I was in this place of nursing drunk girls, why He’d made me to care so much about their souls and identities and purposes, I’d come up with a plan to execute the decision. I was choosing to believe He’d placed me there on purpose – for our collective good and His glory. I was choosing to believe He wanted to love them, and tell them about Jesus, with everything I had. I resolved to show up with my actions – nursing them back to health on drunk nights or making Diet Coke runs when people got low. But I also resolved to use my words.

Friday afternoon I took a sheet of paper and a pen, marched down the hall to each room, knocked on the door and asked the gals to write down their email address. Now, in 2019, authors would call this “list-building”, gathering email addresses so you can send people words into their inbox. But in 2002, you might just call it “annoying girl in the freshman dorm who demands email addresses”. Most of them forked over their college-related handles and I told them they could expect some daily devotionals coming their way.

Had I written a devotional ever at this point? No. Did I have any formal Bible teaching? No way. Did I probably say some absolutely crazy things? You better believe it. But throughout that year, I just wrote little daily Bible messages – glimpses of grace, hope, love, and abundance, and I sent it to the emails of the ladies who lived on the 7th floor of my freshman dorm, whether they liked it or not.

Did anyone ask me or invite me? Only Jesus. What qualification did I have? Ambassador of Christ. Was it met with wild reviews, did it go viral, did one million people know about it? No. Did I ever hear anything the fruit or see proof that it helped a single gal? To be honest, no.

But it was a start, and I was burdened for these gals who seemed to be so harassed and helpless – struggling with the same things I had struggled with myself, or was currently struggling with. And it helped me process my concern, writing gave me a safe place to show them that I cared. It was a start that was all about love, that was premeditated with an obsession to see my sister-friends live the abundant life they were created for.

The starting line isn’t where you think it is. When we picture the beginning steps of obedience – saying yes to Jesus or stepping forward in faith – let’s not picture shiny moments or big accomplishments. The starting lines that begin in our personal triumph are not necessarily great breeding grounds for God’s glory. BUT! When we’re rooted in a desire to serve, help, and love others well – we’ll be set up for mission in a beautiful way.

God is mighty in you, right where you’re at. He loves working through you, loving and serving those who are in your midst. It’s our joy to show up and give what we’ve got and watch Him do what only He can through our obedience.

Jess is the author of You Are the Girl for the Job: Daring to Believe the God Who Calls You (on sale September 24), as well as Dance, Stand, Run and coauthor of Wild and Free and Always Enough,

Never Too Much. She is also the founder of Go + Tell Gals, co-owner of All Good Things Collective print shop, and one of the founders of She Reads Truth. She and her husband lead Bright City Church in Charleston, South Carolina, where they live with their four children. She blogs at jessconnolly.com.

Spread the love
College No Comments