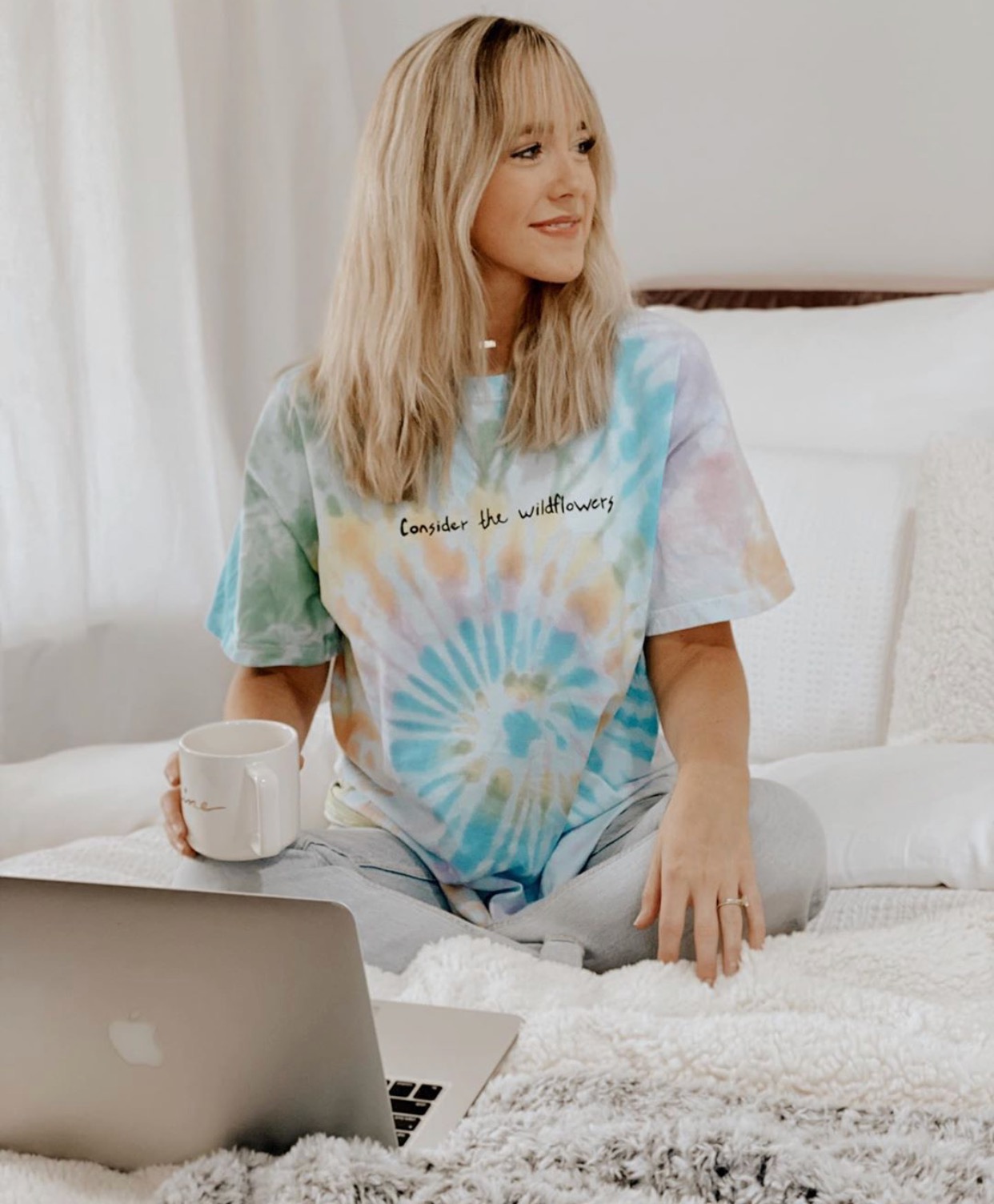 Message from Team LO: We are so excited about today’s post from our favorite, Laney Rene! This feature is from LO sister’s exclusive workshop, The Everyday Girl Guide! Download the app today to be a part of this study, mentorship from your favs, and global community!

Recently I was driving down the road with a friend talking about life. We had just had coffee so our energy was high and the word count was far from a few. She was sharing with me some things she had been walking through, asking God for and believing she would see a breakthrough in. One of the things we started talking about was healing. My friend started to sharing some of things with me that she was asking God for healing in. The different things varied from relational healing, to physical healing. This conversation led to us talking about faith and the importance of it.

While we were talking, I felt like I heard something that I’ve never really thought about. You could say I had a revelation.

So often when we talk about faith or read things in the bible like “Your faith has made you well”, we hear it as a measure of faith, but what I heard is that faith is not about “how much” or “how little”, rather it’s “where” we put our faith. Let me explain.

In Matthew 17 we see an epileptic boy brought to the disciples by his father, but the disciples could not heal him. When Jesus hears of this from the desperate father He responds with, “O faithless and perverse generation, how long shall I be with you? Jesus has the boy brought to Him and the child was cured that very hour.

Then the disciples came to Jesus privately and said, “Why could we not cast it out?”  So Jesus said to them, “Because of your unbelief; for assuredly, I say to you, if you have faith as a mustard seed, you will say to this mountain, ‘Move from here to there,’ and it will move; and nothing will be impossible for you. – Matthew 17:20

Jesus made it clear to us that it’s not about “how much” faith we have. Jesus clearly said, “If you have faith the size of a mustard seed, you will say to this mountain ‘move from here to there,’ and it will move! Nothing will be impossible for you.” Yes, Jesus does give us a measure, but if you’ve ever seen a mustard seed before you will understand the point He was making. Mustard seeds are tiny!!!

Meaning it doesn’t take a great “amount” of faith to move a mountain. So if it’s not about an amount… what point was Jesus making?

Notice Jesus asked them “How long must I be with you?” And then a little later when the disciples asked Him why they could not perform the miracle, He answered starting with “because of your unbelief”. Jesus was addressing “where” they put their faith. He was asking, “how long must I be with you until you believe in me”, for Jesus knew that they could do nothing without Him.

In Acts chapter 3, we see a man healed who had been lame from birth. He was carried to the temple where he normally would beg for money. When Peter and John approached him, he reached out his hand expecting that they would give him money, but Peter said to him, “Silver and gold I do not have, but what I do have I give you: In the name of Jesus Christ of Nazareth, rise up and walk”. Immediately the man stood to his feet. Walking, leaping and praising God, the man entered the temple with them.

All the people saw the man walking and praising God. They stood in awe and amazement because they knew it was the man who was lame who had been begging at the gate of the temple. I love Peters response after he sees that everyone is so amazed, He says,

Men of Israel, why do you marvel at this? Or why look so intently at us, as though by our own power or godliness we had made this man walk?  The God of Abraham, Isaac, and Jacob, the God of our fathers, glorified His Servant Jesus, whom you delivered up and denied in the presence of Pilate, when he was determined to let Him go.  But you denied the Holy One and the Just, and asked for a murderer to be granted to you, and killed the Prince of life, whom God raised from the dead, of which we are witnesses.  And His name, through faith in His name, has made this man strong, whom you see and know. Yes, the faith which comesthrough Him has given him this perfect soundness in the presence of you all.

Notice the people marveled at the miracle that had happened, but Peter brought them back to the who it was all about – Jesus. Jesus is the one who made the man who had been lame from the womb completely healed. Jesus’ name is the one who brought the man to his feet! Jesus IS our faith! He is our reason to believe and the only one by which we are healed and set free! Also, notice that Peter makes it clear that it was not by their own power or godliness that they made the man walk! He knew it was not in his own strength and not of himself. Peter knew that it was all Jesus. 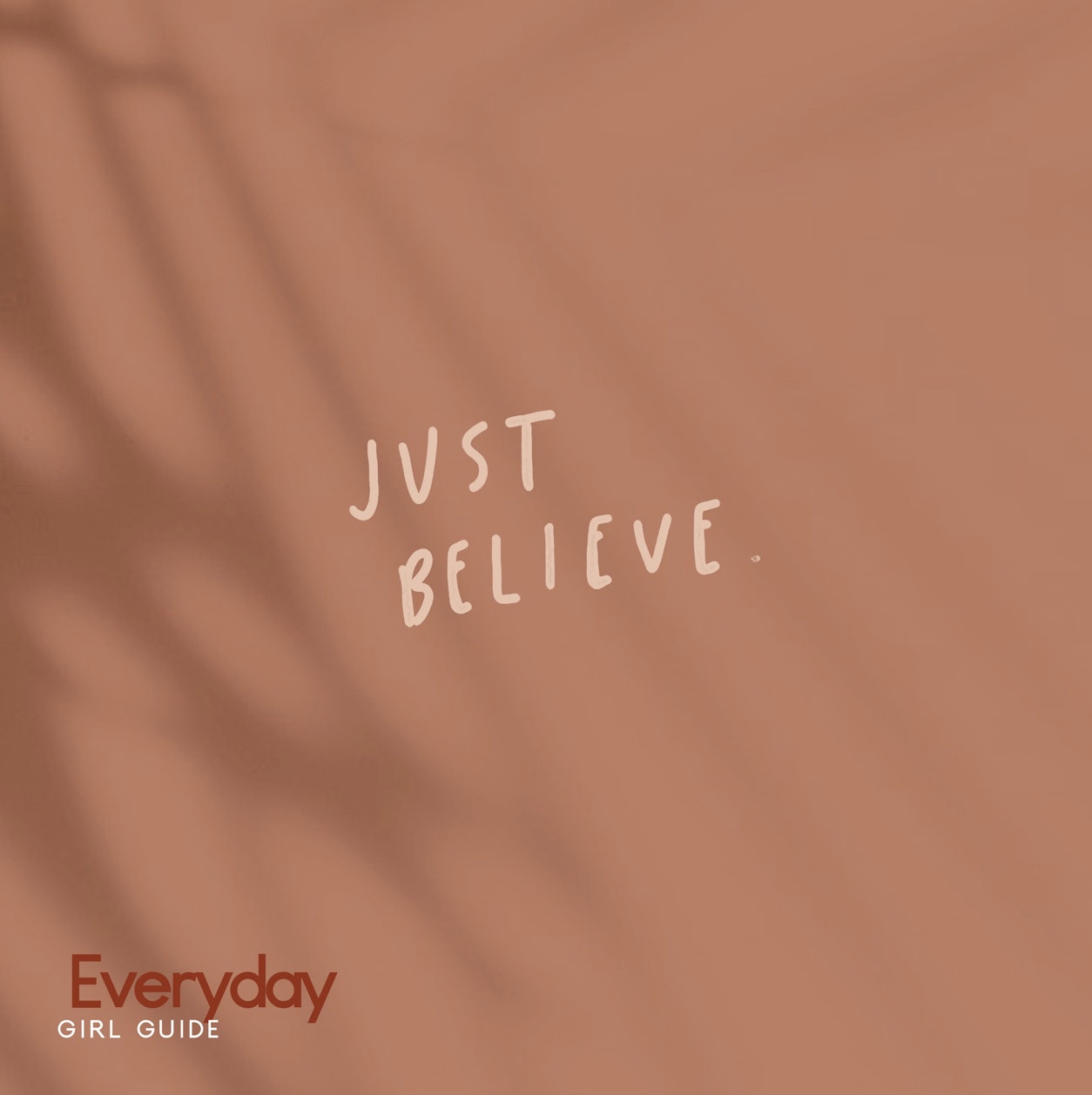 So, what part did Peter and John play in all of this? And what part can you and I play in our own walk of faith? Just believe. Believe in the name of Jesus and the one who was sent for your faith to be started and totally completed.

Hebrew 12:2 says, “looking unto Jesus, the author and finisher of our faith…”

So where do we find our faith? “Looking unto Jesus”. Jesus is the one who makes your faith complete. Trying to muster up enough faith for your miracle can feel like an exhausting endless cycle of striving and earning, but when you look unto Jesus you can recognize that your faith is already complete, lacking nothing.