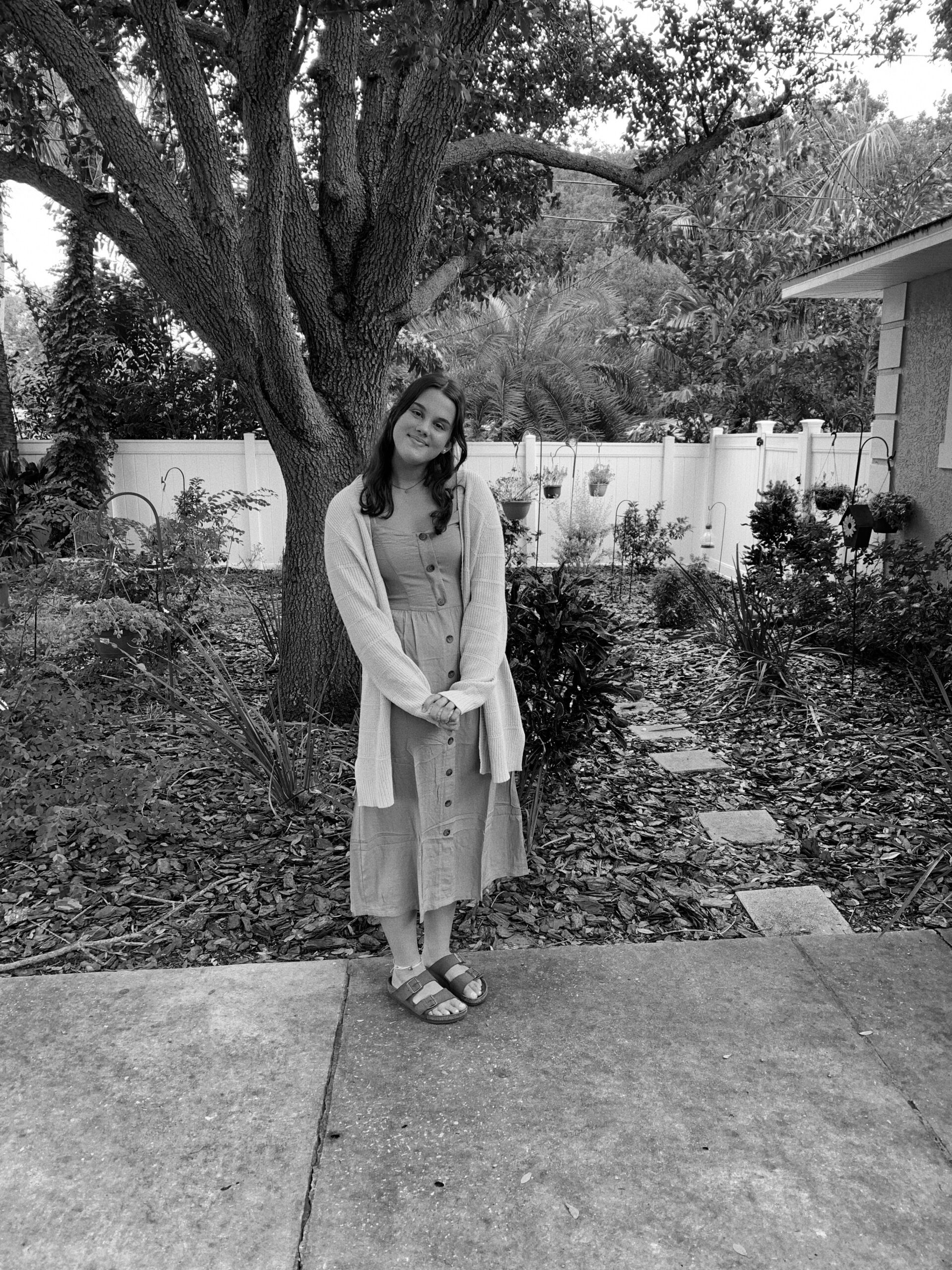 Note from Team LO: We are SO excited to bring you this month’s post from our LO sister member, Kathryn Carr! We are so encouraged by the message she offers today. If you want to be a part of this incredible community, you can join today! Find out more about this online sisterhood HERE. And for more info about what LO sister is all about, visit our Instagram Page!

There’s a story in the Bible I think many of us have heard – the story of the prodigal son.  If you’ve never heard this story told by Jesus in Luke 15, let me summarize it for you.

There was a man with two sons who, one day, divided his property between them.  The older son kept the money and stayed with his father continuing to work for him, but not the younger son.  In fact, the younger son acted completely opposite his brother, took his money and left home.  While away, the younger son partied it up.  A severe famine came upon the land and, since the younger brother had squandered all his money away, he soon began to starve.  Finding a job feeding pigs, the Bible tells us he became so hungry that, “He longed to fill his stomach with the pods that the pigs were eating,” (verse 16).  One day, he came to the realization that here he was feeding pigs, when even his father’s servants had food to spare!  So he said to himself (in paraphrase), “I will go back and tell my father: I’m sorry, dad.  I have betrayed you, and I’m not worthy to be considered your son anymore.  Please take me back as one of your servants.”  The prodigal son got up and left for his father’s house.  Before he was even at the door, the son’s father saw him in the distance and ran to him, hugging and kissing him.  The boy told his father what he had rehearsed, but the father did not listen to his request.  Instead, he said, “Quick!  Bring the best robe and put it on him.  Put a ring on his finger and sandals on his feet.  Bring the fattened calf and kill it.  Let’s have a feast and celebrate.  For this son of mine was dead and is alive again; he was lost and is found,” (verses 22-24).  Long story short, the prodigal son’s father welcomed him with open arms, despite how he betrayed him.  Jesus used this parable to symbolize how our Heavenly Father welcomes us even when we go our own way and run off, indulging in the things of this world. 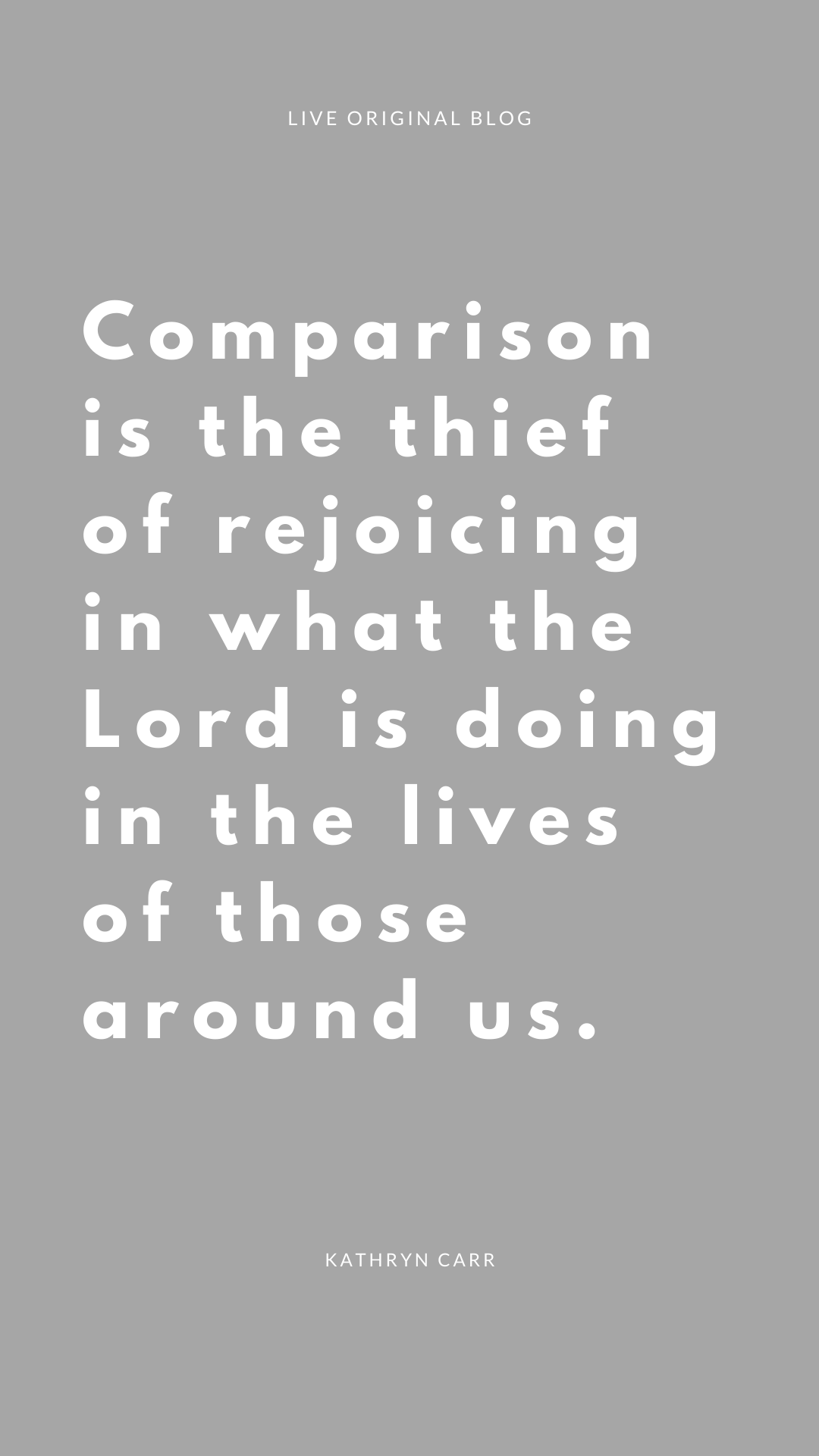 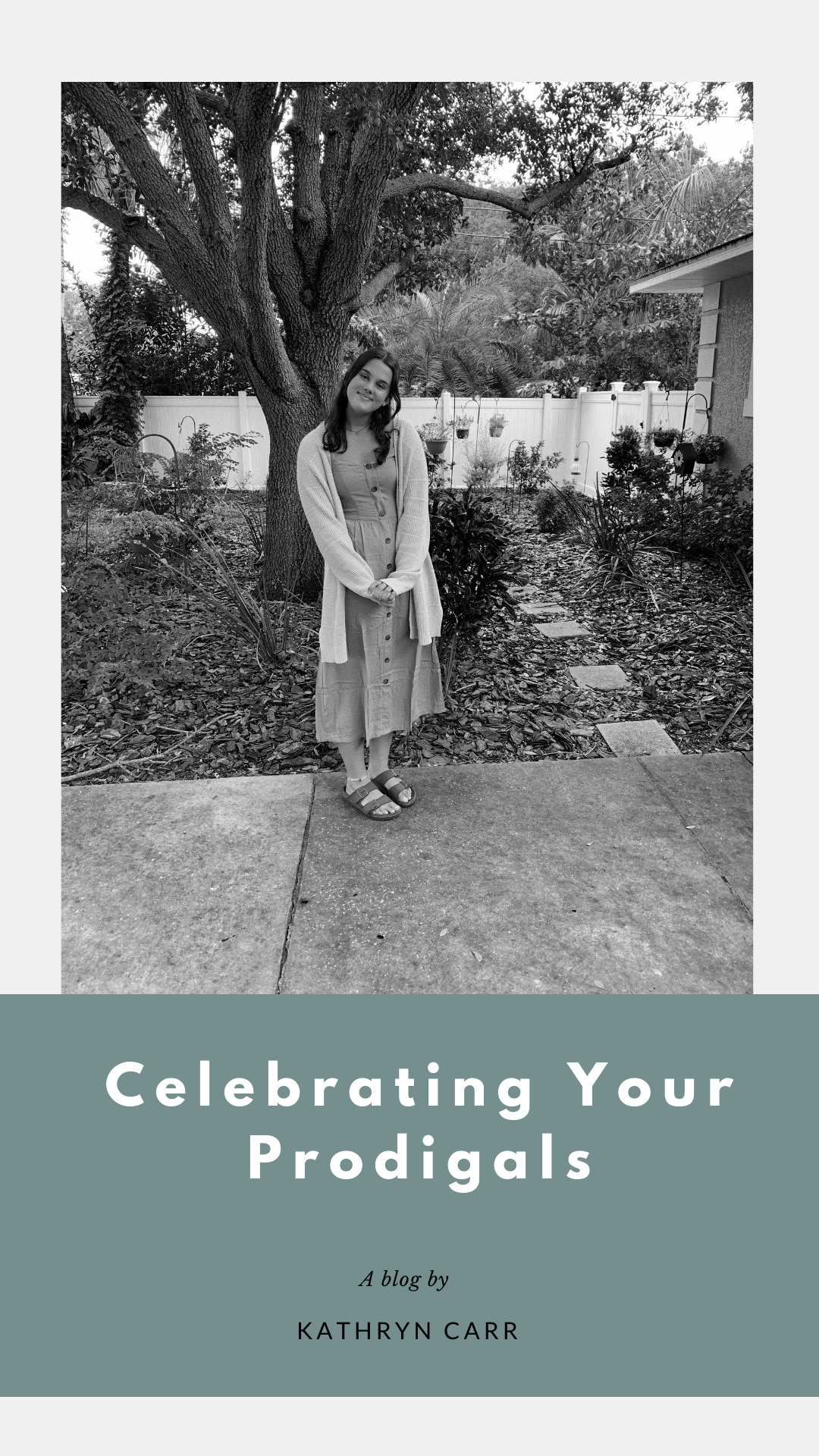 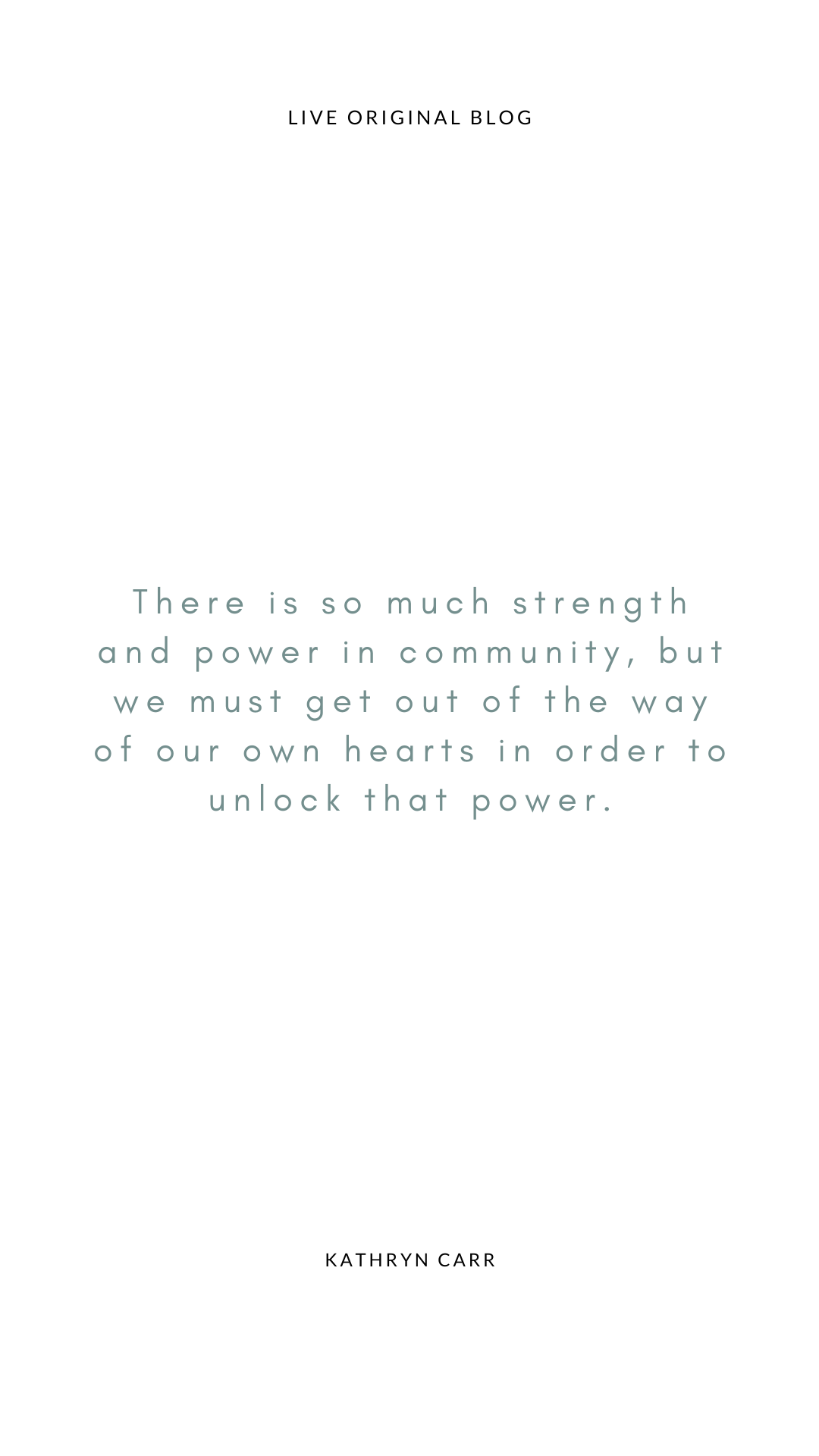 Now, there is another part of this story that I left out, a part that I think many of us leave out a lot of times.  Verses 25-30 tells us, “Meanwhile, the older son was in the field.  When he came near the house, he heard music and dancing. So, he called one of the servants and asked him what was going on.  ‘Your brother has come,’ he replied, ‘and your father has killed the fattened calf because he has him back safe and sound.’ The older brother became angry and refused to go in.”

When I first read how the brother reacted, I thought to myself, that is so rude of him!  If that were my sister coming back from being gone for a long time, I would be right in there celebrating with her!  But the Lord convicted me of this, and asked me, “Would you really?”  And I want to ask you the same question.  I think it’s so easy for us to look at people in the Bible and say, “Well I would never do that,” when in reality, we do it all the time.

Let me ask you, when that girl in your class got the highest grade on that extremely hard test, were you excited for her?  Or did you think to yourself, that should’ve been me!  I studied so much.  I deserved that grade.

Let me ask you, when you were at your college roommate’s wedding, were you truly celebrating her?  Or did you mumble under your breath, I should be the one getting married, not her.

You see, the thing is, comparison causes us to miss out on truly celebrating others.  I’m sure you’ve heard the quote, “Comparison is the thief of joy.”  Well, I want to add to that: comparison is also the thief of rejoicing in what the Lord is doing in the lives of those around us.

It’s easy to believe we earn blessings from the Lord by doing good things, yet that is not true at all.  “Well, I went on a missions trip and led many people to Jesus, but Savannah over there just works in the kids ministry on Sunday morning.”  Or, “I bought lunch for a homeless person yesterday, but Abigail drove right past one.”  We lead ourselves to believe we earn the favor and blessings of God simply because we do “good works,” but God has already given us the glorious blessing of His presence – we don’t have to earn it, nor could we!

Yes, the brother chose to do the right thing and be faithful by staying with his father, but the blessing and favor he had was not because he made that choice, but because he was his father’s son – an heir to all that he had, just as we are sons and daughters of God; heirs to all God has promised simply because we are His.  He had already given it to him…he didn’t need a fattened calf or a big party.  Verse 31 says, “’My son,’ the father said, ‘you are always with me, and everything I have is yours.’”  The brother didn’t need a big fat ring on his finger or a big fat calf to eat for dinner – he already had everything he needed.  It was his brother who had been lost, yet he refused to celebrate him because he lost sight of what he already had.

When we have been a believer for a long time, only to see someone who has been living in constant rebellion come to know the Lord, then suddenly appear to have many blessings in their life, we can easily become so fixated on how God is blessing them that we lose sight of His faithfulness in our own life.  From afar, it can be easy to sit there and say, “Well, God, where is your favor with me?  I’ve been following you all these years.  I’ve obeyed your Word, but I’m not being blessed like they are.” In doing this, we miss out on the opportunity to celebrate our newfound brother or sister because we are caught in a web of jealousy and comparison, similar to the prodigal son’s brother.

Whatever hurt, unrecognition or jealousy you’re holding onto, I challenge you today to let it go. Don’t let it stand in the way of you championing for your sisters and brothers. There is so much strength and power in community, but we must get out of the way of our own hearts in order to unlock that power. May the Lord use your remaining in Him as a great source of encouragement and blessing to the prodigals returning home.