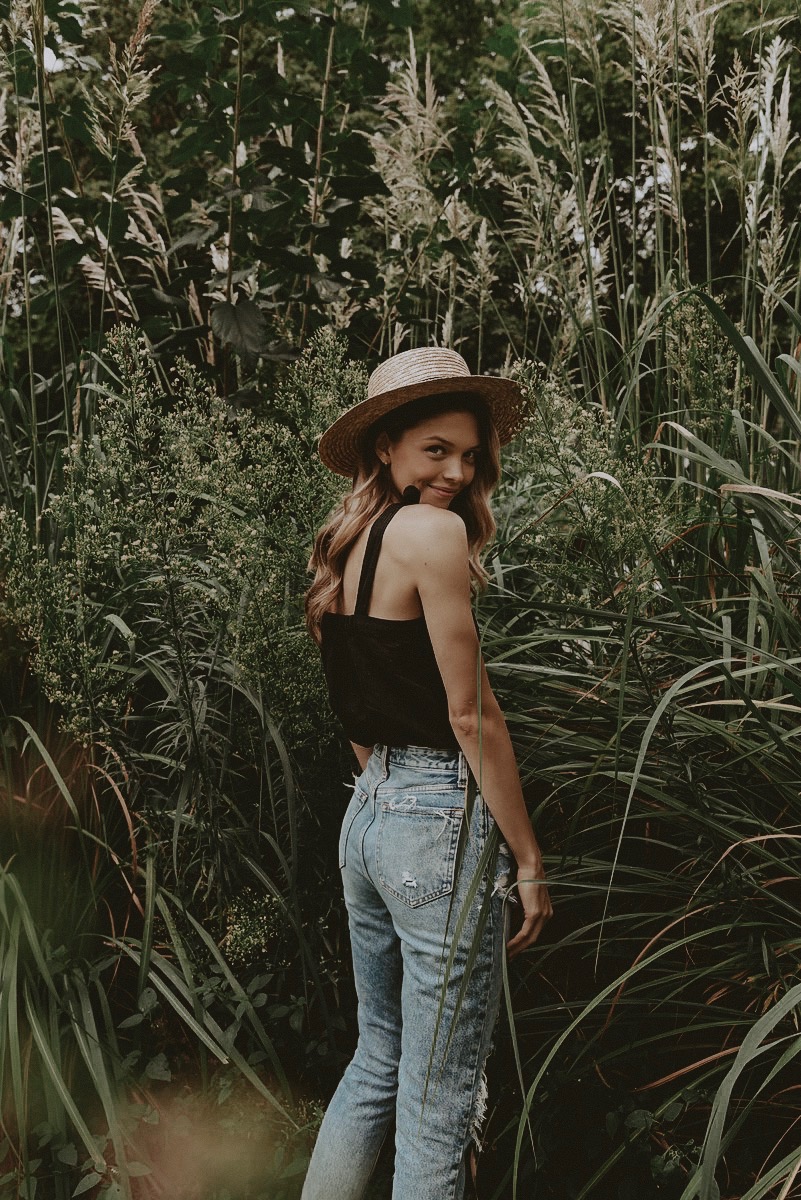 Have you ever stopped to think about how much of our day we actually spend being influenced? The answer is all of it.

Influence is defined as “the capacity to have an effect on the character, development, or behavior of someone or something, or the effect itself,” and it’s everywhere. It’s all around us all of the time, affecting everything we do. It answers all of our most asked questions; who we are, who we want to be, how we see the world, what we believe, what we will do, and where we’re going.

Influence can only be positive or negative, it is never lukewarm. Galatians 5:9 says “a little yeast works through the whole batch of dough,” meaning no matter how small you think it is, it’s either moving you closer to Jesus or further away, closer to Truth or further from it, closer to freedom or binding you in tighter chains.

I spend a lot of time writing captions on my Instagram to help women all over the world hear the gospel of Jesus. I’m painfully honest about a lot of my shortcomings, struggles, and failures because I believe that vulnerable, real confession is one of the most effective ways to communicate the reality of what Christ has done for us.

Ephesians 2:9 says it best. “For by grace you have been saved through faith; and that not of yourselves, it is the gift of God; not as a result of works, so that no one may boast.” This truth gives us the freedom to share our struggles with confidence. Jesus shines a light into the dark places that we all wrestle with. He exposes first the lie that we’re all alone, and, second, the truth that all of us have sinned and fallen short of the Glory of God, but that He died for us, allowing us to expose every hidden part of ourselves with confidence that it is covered.

In our current culture, we crave curated exposure. We contrive and contort ourselves to be an image-bearer of what we think the world wants us to be. We’ve turned influence into consumption and consumption into being consumed by this notion that worldly gain is what will fulfill us when in reality it drains life from us. We crave validation from people wanting our opinions and advice, the perks of being a “public figure”, the esteem, the praise, the attention, the connections, but what is our influence really rooted in and what is it communicating to others? What are our motives? These are questions I ask myself regularly. If I’m being honest, my motives are often not about glorifying the Lord but rather about glorifying myself. 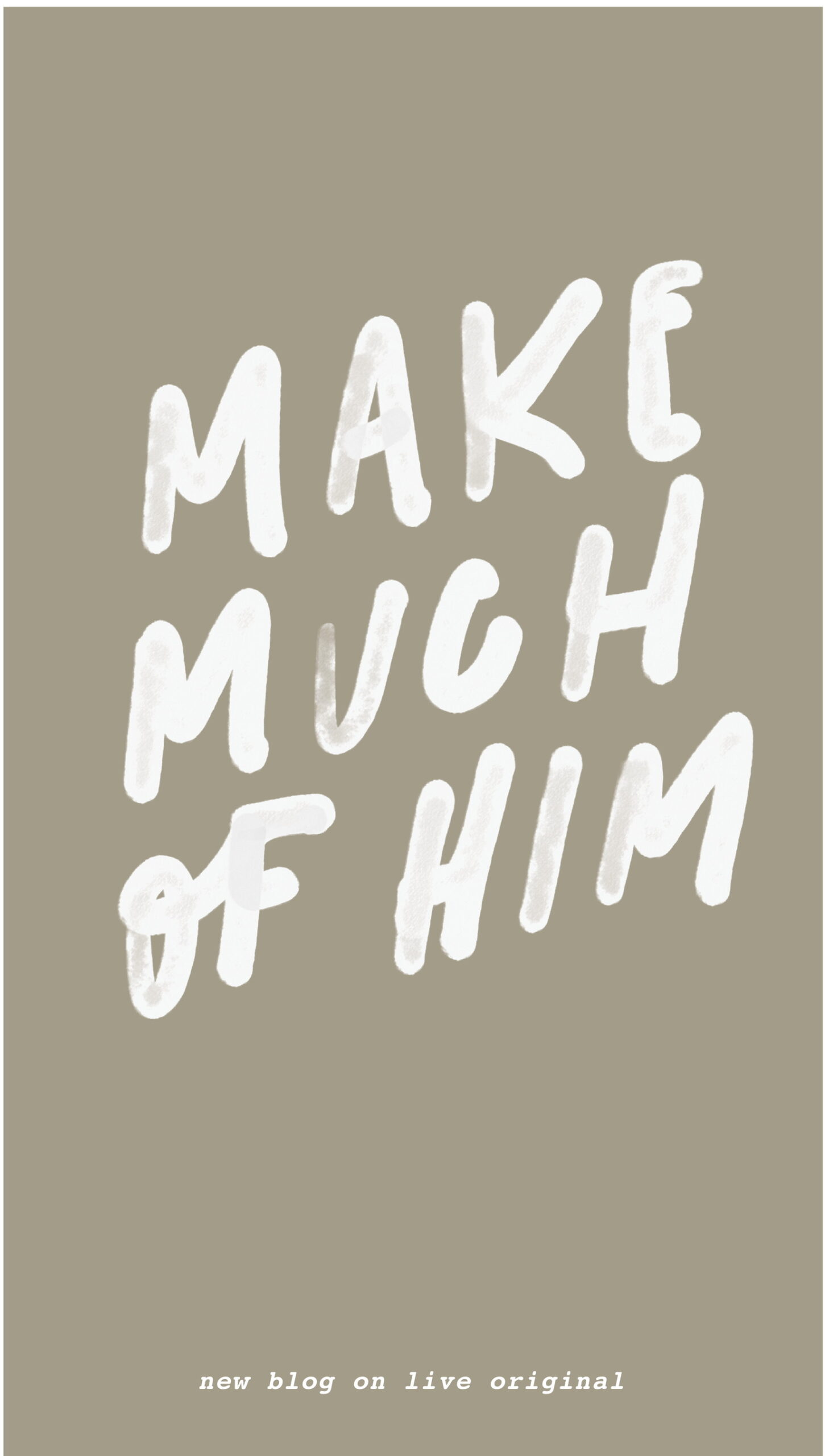 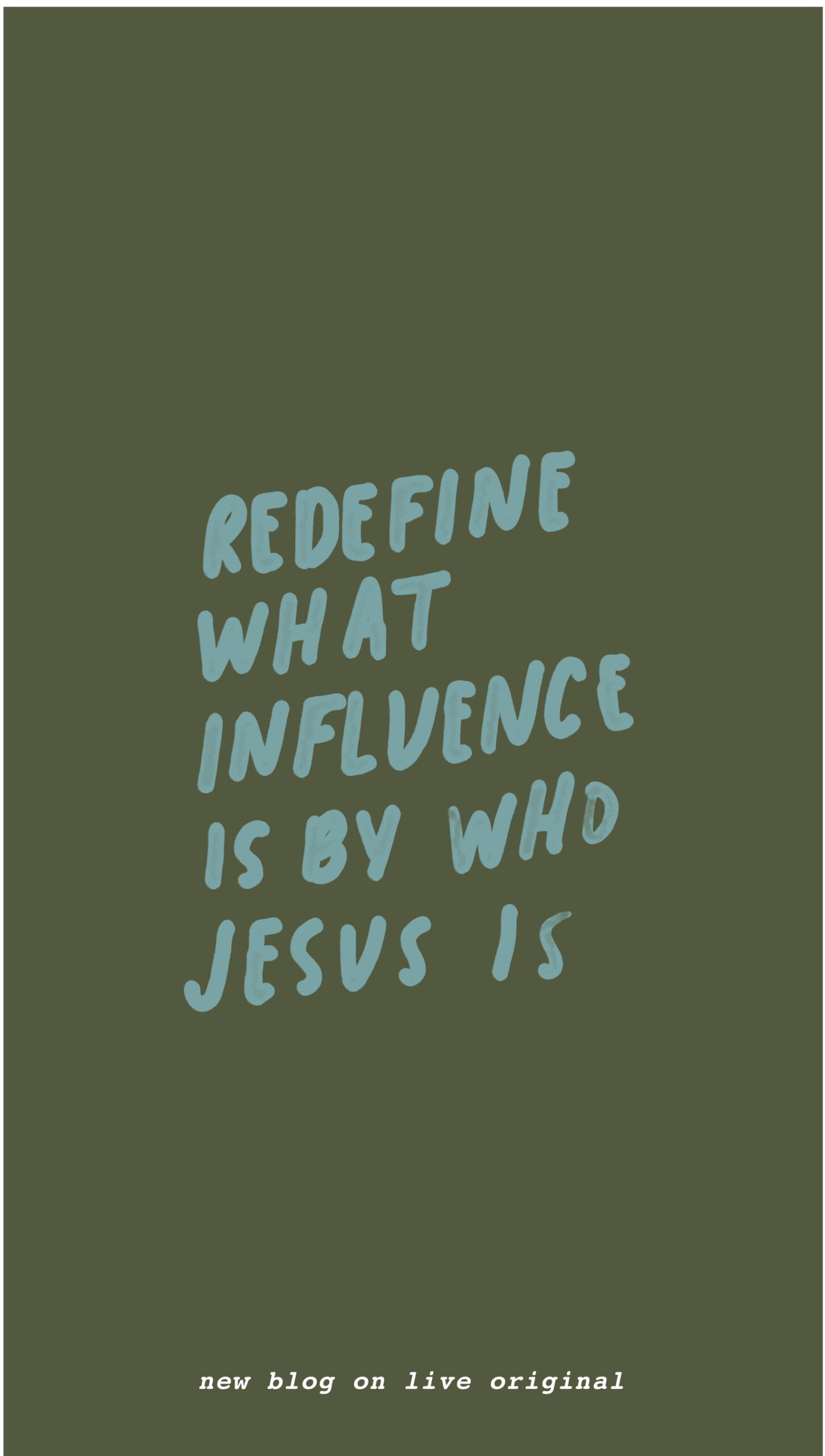 Jesus was the most influential person in history, yet he never sought to be influential. He sought to please the Lord. In fact, he willingly took on being mostly anonymous his entire life, being misunderstood, looked over, and mistreated. He was willingly the least of these, willingly a servant, willingly the one who washed feet. He didn’t desire to make much of himself. He only desired to make much of God, and because of that, he planted seed after seed that grew generation after generation of followers of the Lord. He was invested in fruit that lasts.

Matthew 6:19-21 “Do not store up for yourselves treasures on earth, where moths and vermin destroy, and where thieves break in and steal. But store up for yourselves treasures in heaven, where moths and vermin do not destroy, and where thieves do not break in and steal. For where your treasure is, there your heart will be also.”

Godly influence is God-centered. It’s others-focused. It’s a “there you are” mentality instead of “here I am.” It’s not about consumption but redemption. True, Jesus-like leadership is servant-hearted at its core. It cares more about the eternity of others than the temporary glory of ourselves. It obeys the command of Luke 10:27. “Love the Lord your God with all your heart and with all your soul and with all your strength and with all your mind’ and ‘Love your neighbor as yourself.” Everyone is an influencer, but not everyone is a leader. The temptation from Satan about being an “influencer” is to make it about us, to climb to the top of a pedestal so people will look up to us, to gain glory and praise for us. There is no freedom in my kingdom of me. Not for myself, and definitely not for others.

Philippians 2:5-11 “In your relationships with one another, have the same mindset as Christ Jesus: Who, being in very nature God, did not consider equality with God something to be used to his own advantage; rather, he made himself nothing by taking the very nature of a servant, being made in human likeness. And being found in appearance as a man, he humbled himself by becoming obedient to death—even death on a cross! Therefore God exalted him to the highest place and gave him the name that is above every name, that at the name of Jesus every knee should bow, in heaven and on earth and under the earth, and every tongue acknowledge that Jesus Christ is Lord, to the glory of God the Father.”

We need to redefine what influence is by who Jesus is. Real influence is leadership and leadership says I’m okay with making little of myself to make much of others. It says I’m more interested in glorifying God than myself, I’m more concerned with the eternity of those around me than the temporary gratification of validation. It says I surrender myself, use me how you want to use me. How can our influence move others towards freedom? How can we create influence that lasts? By following the call of Matthew 28:19 to be a disciple and make disciples. If you want to know how to be influential in the Kingdom of God, it’s not to be an “influencer,” it’s to be a disciple. How can we be disciples? By following the influence of the One who has all authority, all power, all knowledge, all grace, all love, all Truth. By sharing that Jesus Christ died for us, even on our worst day, by loving and serving others according to that Truth, and by making much of Him, and little of me.

Samantha Coyle is the writer and encourager behind @heytheresam and HeythereSam.com. Her mission is to share the heart of God and what He’s done for us by bringing real, raw honesty to the table, encouraging vulnerable community rooted in Truth and grace. While normal days look pretty mundane, i.e. drinking matcha, laughing a lot at her own jokes, jamming worship in her car, doing a LOT of laundry and cooking for the family she works for, and hanging with her friends in Nashville, she has big dreams to share the gospel with women all over the world!

Follow her personal account on Insta @heytheresam and also find her on Sadie’s app, LO sister, as an ambassador where she shares even more encouragement and fun!