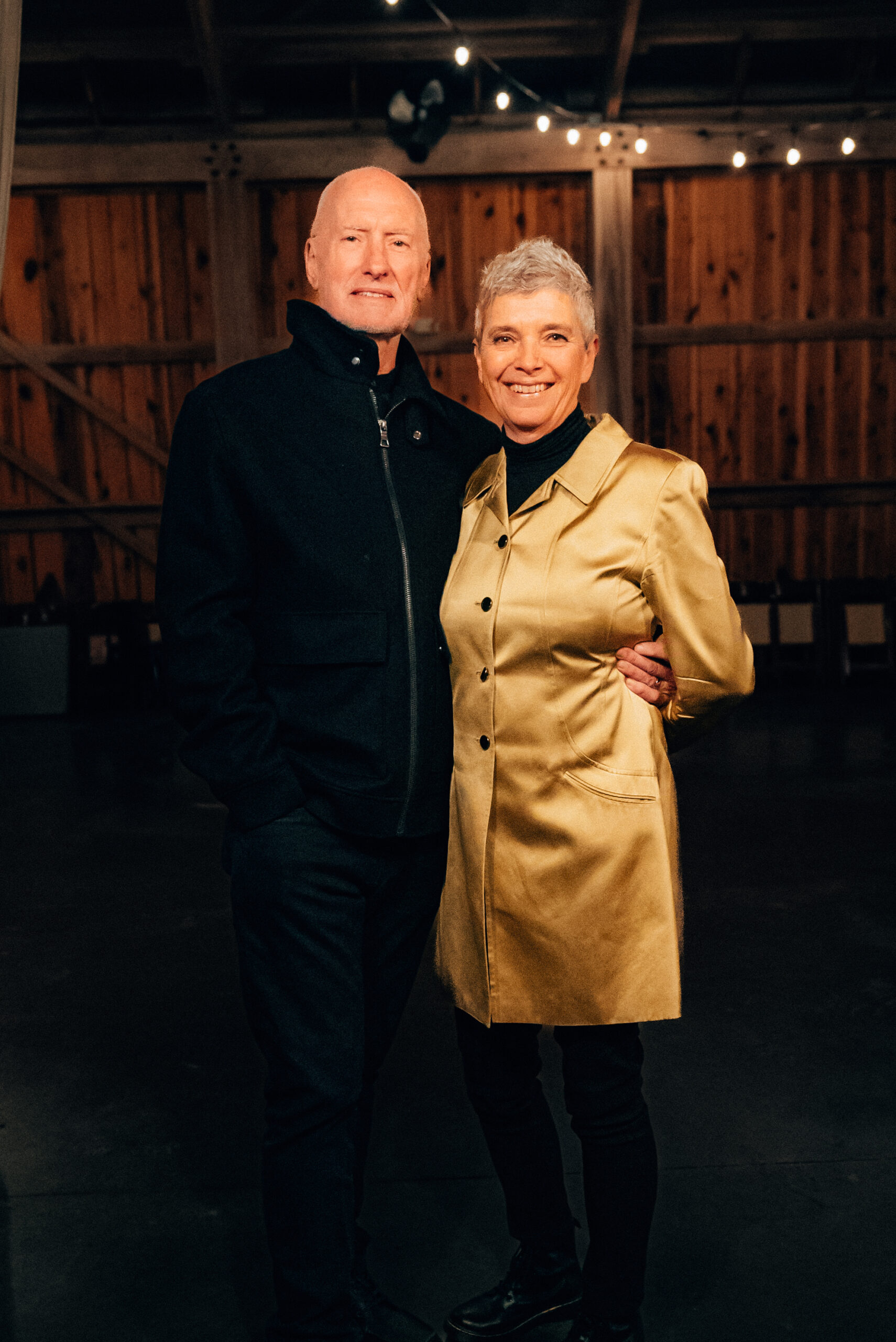 A Song for Mother’s Day

I confess I’m my happiest when I’m behind the scene. I have spent my life in the background, but there I was, lit up onstage.

It was June 12, 2021, the night before the K-LOVE Fan Awards, at a special event entitled “An Evening with the Smallbones.” There were a couple of thousand people in the audience (and more who would watch the filmed event later) who wanted an up-close look into our musical family, sometimes referred to as the “Australian von Trapps. We have been a touring family for the past twenty-seven years, with much of it in the spotlight in some way or another, including Grammy wins for three of our children.

It was a very sweet night, sharing a glimpse into our family dynamics. Then, when the cameras were turned off, our son Joel addressed the audience. He announced that he and Luke (their band is for KING & COUNTRY) had been writing a new album, and they wanted to premiere a song they had written for me: “Unsung Hero.”

The boys had first played the song for me on Mother’s Day a few weeks earlier. I could tell both Joel and Luke were proud of the piece and keen to see my reaction. They had written it from a deep place and were presenting it to me as a thank-you gift for being their mum. It was an honor I wholeheartedly accepted—not only for my years of hard work but for all those fellow mothers out there who pour their hearts into their families. Deep down, I believe every mum is an unsung hero.

But on this night, as Joel introduced the song to the audience, I realized our son Ben had put together a video – one I had not seen on Mother’s Day. There were photos and videos of my parents; of David and me when we were dating; of us when we were married; and photos of the kids when they were small, right on up to Luke’s wedding day and for KING & COUNTRY performing onstage. When the music video concluded, there was not a dry eye in the place. It itook me back, flooding my mind with details of the journey God led me on from childhood in Australia to our family farm in Tennessee where we live now.

It’s been quite a journey, shaped by the testing and growing of my faith even as God led our family step by step toward a life “outside the box.” I never expected my life would unfold the way it has! Living outside the box is countercultural and has, without question, been a different path from the way the world says we are supposed to live. The expectation is that we are to graduate from high school, go to college, and get a job that takes us from 8:00 a.m. to 5:00 p.m. five days a week. “Normal” people are expected to prepare for retirement, have medical and life insurance, get married, and buy a house. We are expected to set goals and, when we reach them, get awards and nice vacations. At my age—now sixty-six—we are supposed to retire and attend to our bucket list.

We as Christians do this as well. We often create our own agendas and goals, then attach God’s name to them. We ask Him to bless our plans and efforts to live out what we want. I lived that way for many years.

But after we left Australia, with six young children and one on the way, we were forced outside the box of normal. It is not the journey I would have chosen to live, but today I would not change anything about it. This journey led us into following God in ways I would not have thought possible. We have lived in the extraordinary, where we have had to rely on God to provide and where we have seen His hand actively working in and around us.

Our journey has been an amazing one, one we never would have planned for ourselves. There has been a lot of loss— at one point we lost everything. [CAN INSERT MORE DETAIL OR STORY HERE] Yet God has redeemed every one of those losses beyond what we could have hoped for or imagined, which is why Ephesians 3:20 is one of my favorite verses: “Now all glory to God, who is able, through his mighty power at work within us, to accomplish infinitely more than we might ask or think.”

I look back on our family’s journey, and I see God’s hand everywhere. I see His phenomena. I see His faithfulness. He led our simple Australian family to the other side of the world, and has empowered us to do things we would never have thought possible. Our lives are a living testimony of believing God’s promises and trusting His timing and His ways—even when circumstances didn’t make sense and were not easy. He was always there.

Part of my calling today is to encourage and challenge other mums to live differently— to get out of their box of “normal” expectations. God’s plans don’t look like the world’s definition of success, but they always include lasting, eternal purpose and value. They also include His presence, leading and guiding us into adventures and valleys we wouldn’t necessarily choose for ourselves. I believe God wants more of us living counterculturally, and it may even require going against “religious” traditions. But in choosing God’s ways, we will live in the miraculous!

I know and fully believe that the faithfulness and favor God has shown me—shown our family—is the same faithfulness He shows to any person who commits their life to Him. It is my joy to invite other mums to step outside of the box and embrace God’s plans without fear or hesitation. When you do, His peace will carry you no matter what you face, the same way it has carried me.

Helen Smallbone is the mother of seven young adults and 13 grandchildren as well as the author of Behind the Lights: The Extraordinary Adventure of a Mum and Her Family. She is also the co-founder of MUMlife (mumlife.org) and co-host of the MUMlife Community Podcast. David and Helen Smallbone live outside of Nashville with a small menagerie of animals.