5 Ways to Silence the Lies in Your Head

Sitting outside on a warm spring morning and reading through my journal-turned-book-I-didn’t-mean-to-publish helped me see how far Christ has brought me in my journey, but honestly, I also saw how much further I still have to go. As I paused on the short poems I’d written, they told a vivid story of the storm that had been going on inside me back then. I remembered the fear I felt, deep gut-level fear of what would happen to me when people found out that I spent time in a psychiatric hospital. I wrote,

“Today I am afraid.

My enemies are many.

They march up to my door

They take my name and tar and feather it

for all the world to see.

I stand and watch.

They whisper in my ear,

“It’s all over. The curtain’s coming down.

The crowd is going home. The lights are going out.”

I remember feeling that way. Mental illness, particularly in the Church, held so much stigma. We have come a long way since then and have a longer way to go, but when I was hospitalized, I didn’t know of one other Christian who struggled with depression. As far as I knew, I was the only one who was failing God and falling apart. For me, it was the perfect storm. My greatest fear crashing into my most deeply held belief.

Don’t let anyone see the real you or they will leave.

I’m too broken to be loved.

I wonder what those deeply held beliefs are for you? We all have them. They were usually etched into our souls when we were young. They’re not all negative beliefs; many of the beliefs are the strong foundation stones that set us up for healthy choices later in life.

When you look for a husband for example, if you were raised by a dad who loved you well and spoke words of life over you, you’re less likely to fall for someone who tears you down. That message would sharply contradict what you know to be true and how relationships should be.

Sometimes you might be blinded by love but you have a much better chance of choosing someone who is healthy and supportive emotionally if you had a loving dad rather than a father who belittled you.

If you were raised to believe that you are smart and gifted and that God has an amazing plan for your life, then you won’t quit the first time someone says no to you. When you want to join a team, or go to a particular college or apply for a job, if the initial responses are negative you’ll try until you succeed.

Those kinds of deeply held beliefs are like a balloon that lift us up.

But when the messages are negative, however, they are like weights that pull us right back down to earth the moment we try to rise. 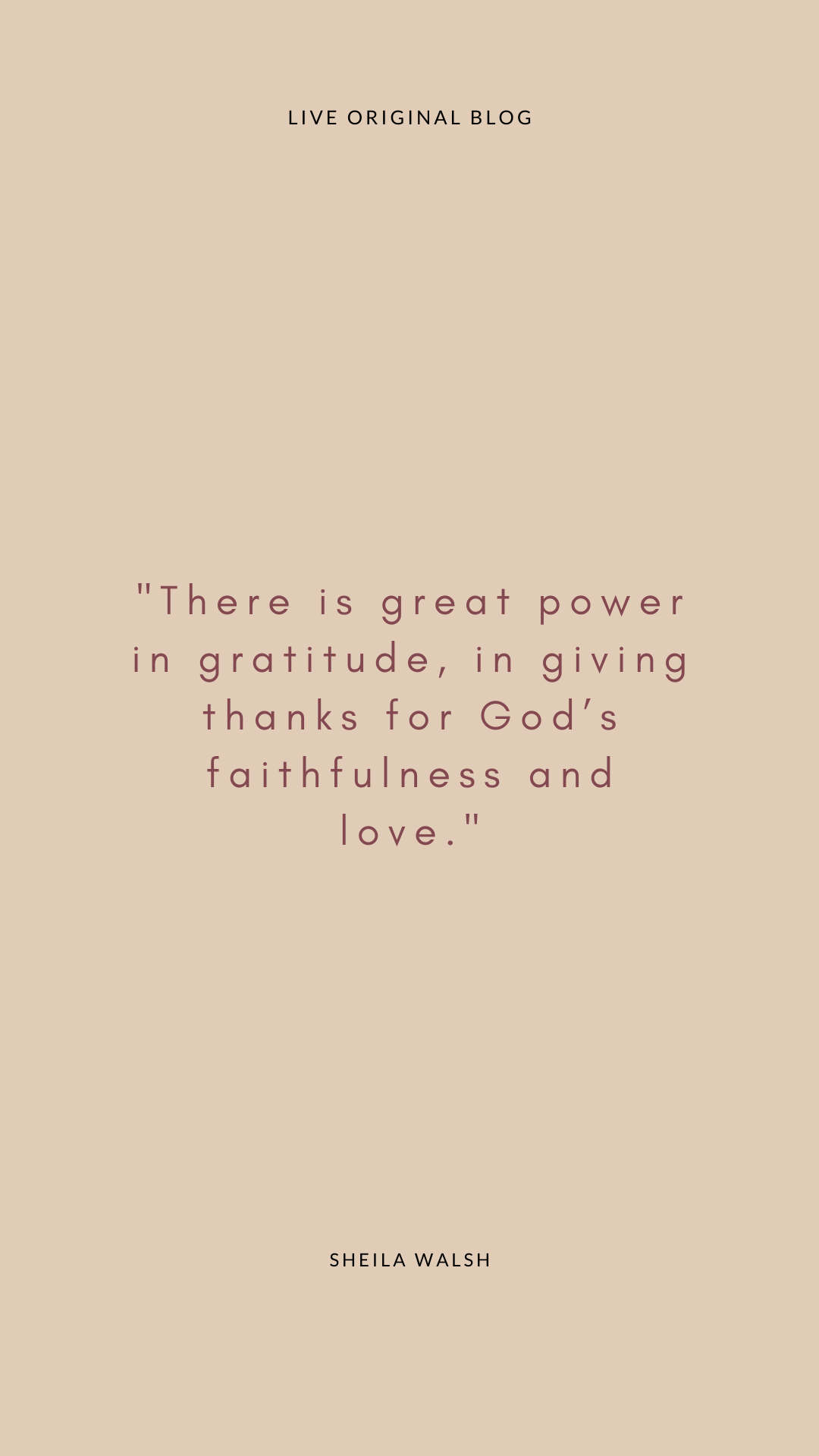 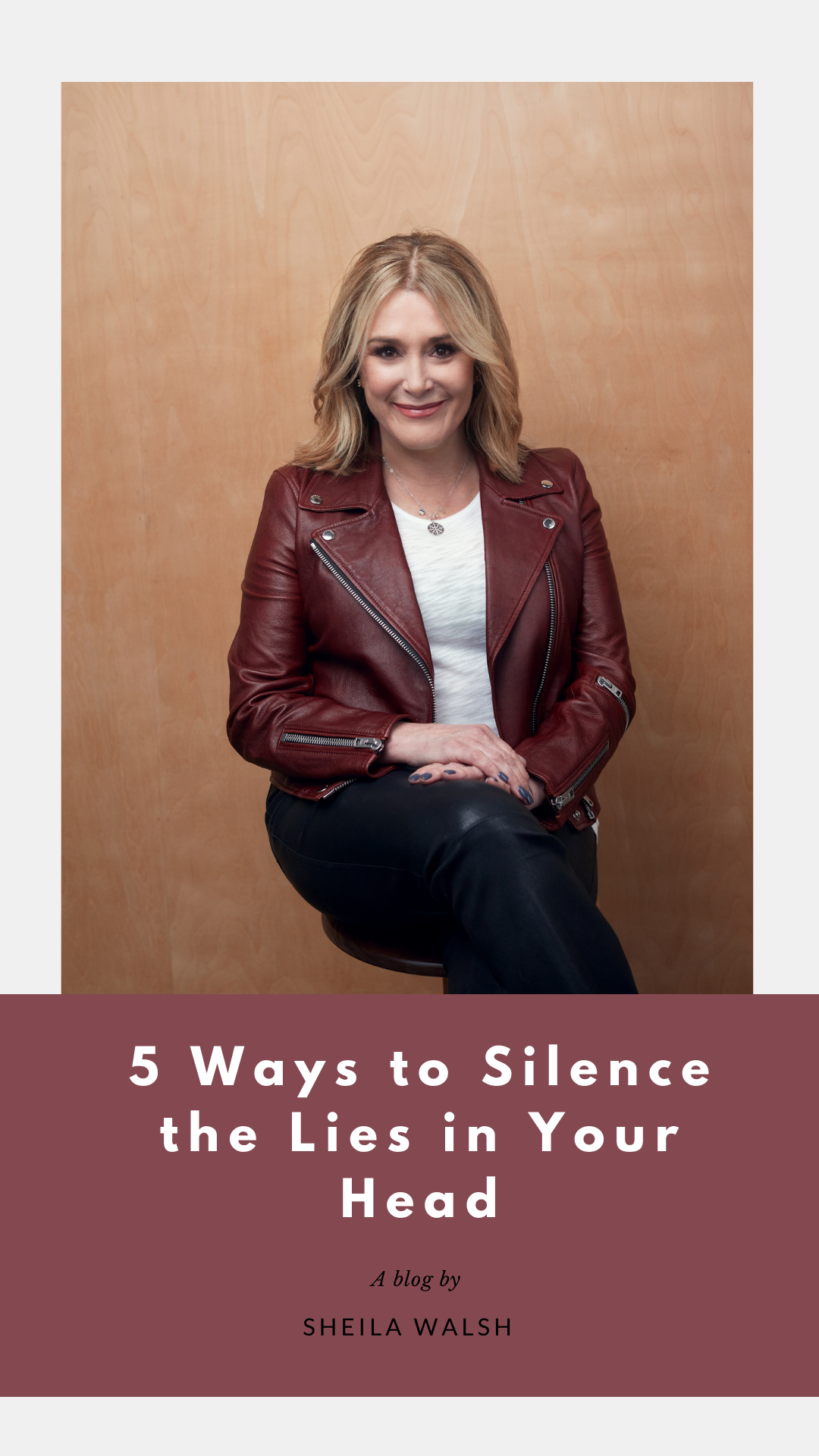 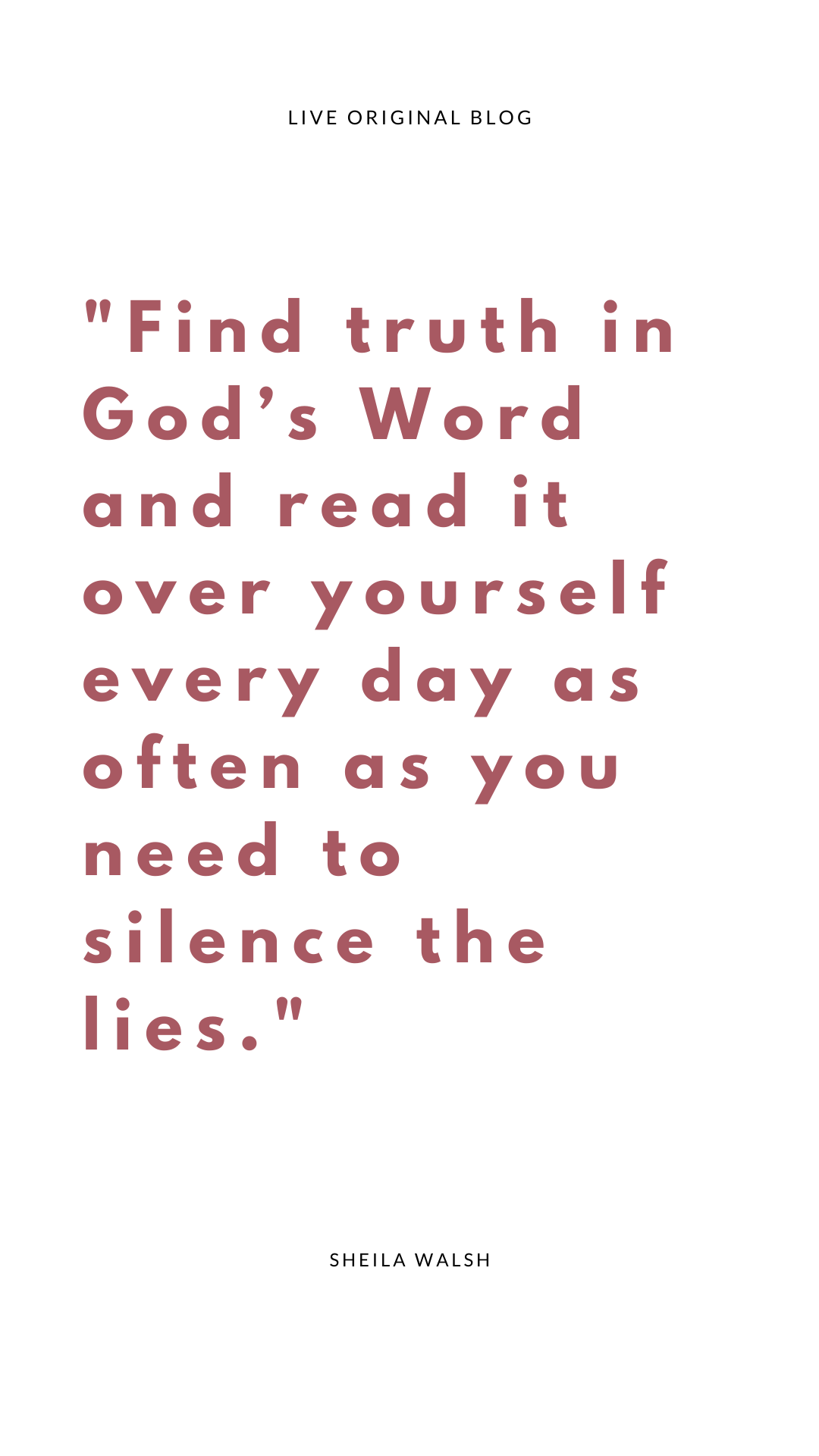 You’ll never amount to anything.

You don’t deserve to be happy.

You were a mistake.

There’s something wrong with you.

You look awful in that.

Those kinds of messages have loud voices; they’re hard to ignore. So how do we counter something we’ve believed for a long time? How do we silence the lies? Here are the five things that have helped me silence the lies in my head.

Studying God’s Word. I never let a single day go by without reading God’s truth. I read it out loud. I choose a verse and meditate on it during the day. I read what God says about my life no matter how I might feel at that moment. If your deeply held beliefs tell you that you’re not worth loving, that you’ll never change, then find some go-to verses that confront those lies.

Here are a couple of my favorites.

“For the mountains may move and the hills disappear, but even then my faithful love for you will remain.” (Isaiah 54:10)

Whatever your particular struggle is, find truth in God’s Word and read it over yourself every day as often as you need to silence the lies.

Prayer. I wrote a whole book about prayer called Praying Women in 2019 as I recognized this was a weak area in my life. I pray when I first get up in the morning. It’s more of a “Good morning, Lord,” than anything else. It’s my way of greeting a new day in God’s presence.

Then I have times when I’m specifically praying and interceding for a particular person or situation, but I talk to my Father all day long. When I’m in the car, waiting in the grocery line, when I’m happy, when I’m sad, I talk to the Lord.

Worship. I have a worship playlist on my phone. I’ve chosen songs that have deep spiritual truth, songs that remind me of the unfailing love of God. I worship along when I’m having a good day or a bad day. When I feel myself sinking I listen and allow the words to wash over me.

Thanksgiving. There is great power in gratitude, in giving thanks for God’s faithfulness and love. When life is hard though it’s challenging to be thankful. That’s why I think of thanksgiving as a choice, a discipline. Every day I thank God for five things. Some days those are things like a significant answer to prayer. Other days it’s something as simple as our older dog, Tink, sleeping through the night instead of needing to go out five times.

Repentance. During the pandemic and quarantine of 2020, I discovered a whole new discipline I hadn’t considered in dealing with the impact of negatively held beliefs. I had to call my broken belief system what it was. Sin. I had to embrace a whole new way of living that was not a once-for-all decision but a daily commitment to repentance. Repentance is an old fashioned sounding word but it has a very simple, powerful, life-changing meaning.

In the Old Testament there are two Hebrew words used to help us understand repentance. The first is the word, nacham. This means to turn around or to change your mind. The second is the word, sub. It is used hundreds of times in the Old Testament and is translated by words like turn, restore, or return. When you come to the New Testament the Greek word that is translated repent is metanoia, which literally means to change your mind.

When lies play on repeat in my mind, when I choose to believe them over what God’s truth says about me, when I overreact because something someone said or did triggered a wound caused by one of those lies, it’s sin. We don’t like that word in our culture. Yet the stark, unswerving message of the Word of God is that we are all sinners, every single one of us.

I wonder if the reason these lies, these negatively held beliefs, are so prominent in our minds is because we have not allowed salvation to do its full work. Let me explain what I mean. When we’ve embraced a life of faith we know that our sins are forgiven. We are no longer sinners; we are sinners saved by grace. While that is gloriously true I think we forget the full reach of what sin really is.

In his masterly work, The Reason for God, Timothy Keller quotes Simone Weil,

“All sins are attempts to fill voids. Because we cannot stand the God-shaped hole inside of us, we try stuffing it full of all sorts of things but only God may fill it.”

I’ve known that quote for years but I hear it differently now than I used to. When I examine my own life, I see clearly that even though I gave my life to God when I was eleven, I’ve resisted letting Him fill all the voids, the broken places, the fear-filled places, the tearstained places. The places where these lies and beliefs were born. This was not an intentional resistance, just a broken understanding of how great and wholly invasive God wants to be in our lives. He wants to be our everything.

Let’s let Him. When lies run rampant through our thoughts, let’s pause. Let’s counter them with God’s Word, prayer, worship, thanksgiving, and repentance. Let’s let God fill the voids. Let’s let Him be our everything.

Sheila Walsh is a Bible teacher and bestselling author with more than six million books sold. She is cohost of the television program “Life Today,” airing in the U.S., Canada, Europe, and Australia, with almost one billion potential viewers daily. Calling Texas home, Sheila lives in Dallas with her husband, Barry; her son, Christian; and two little dogs, Tink and Maggie, who rule the roost. Her latest book, Holding On When You Want to Let Go, is available now.