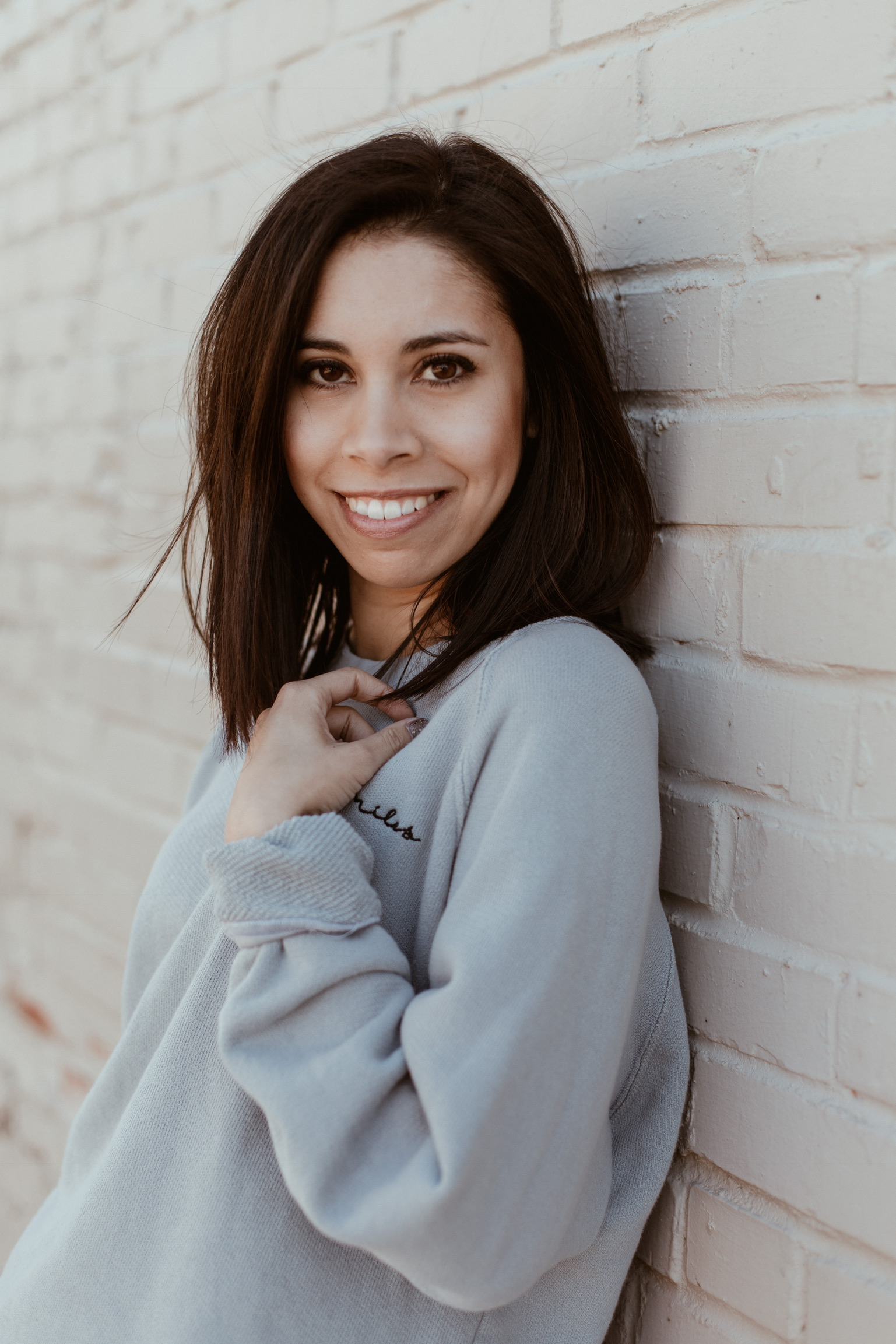 When I was 17 years old, I found myself standing on the beaches of Destin, FL completely and utterly broken. The pain I felt was choking me from the inside out, and all I wanted was to dive into the water and float away. I wanted to escape this life of emptiness and hurt that kept finding its way to my doorstep. Every turn I made, heartache seemed to meet me there. It had formed me into this tough skinned, walled up, quick to cut you down before you could see my hurt, don’t you dare touch me teenager. I watched the waves as I thought to myself, I truly am nothing.

The strange thing in it all, is I still had this small portion of my heart that so desperately wanted to believe otherwise. I had this faint whisper in my mind that told me, there’s so much more…but I could not believe it. I believed the lies that I would always be second best. I would always come up short. At some point, everyone will walk away from you. I would always disappoint. I would never be good enough. I believed these lies with such a deep belief, that they could not so easily be shaken. These lies were not just a belief, but they were my reality. They were the filters I saw every situation through. Every person through. The filters I saw myself through. It was as if I had no control over this belief system, it was truly embedded into my very DNA.

I would be rejected by a friend…I knew I wasn’t fun enough. I would be the brunt of a joke…I knew I wasn’t cool enough. I wouldn’t have the money to go out with my friends…I’m always going to be without. The cycle went on and on. To believe anything else, well that would have to take a complete life transplant. So, there I was, looking out at the water, and I said out loud “God, are you actually real?”. Nothing miraculous happened. No voice from the sky. No dove floating down with gold dust or anything else out of the ordinary. So, I just went back to my car and drove “home”. I drove to the house that I was staying in at the time. My family had left me to move away, and the other half of my family was in another state completely unaware of my whereabouts. I was living in the basement of a friend’s house at the moment, sleeping on the couch and trying to just stay out of the way. I’ll never be fully cared for. I was eating dollar tacos from a taco shack…I’ll never be able to shake this shame. My life was entangled in these constant lies. My belief system was in massive need of an overhaul. But, who could possibly touch this mess? Who would dare put in the effort it took to fix 17 years of PROVEN abandonment and disappointment. Who could speak to these lies and make me believe there was another reality I could walk in?

That following Wednesday, I had a friend who invited me to his church. I was completely weirded out by this, but without remembering the question I had asked on the beach, I said yes. I walked in and immediately felt like I had walked into trap. Something was going to happen. Something weird. Something is going to either attack me or take me out. Oh, if I’d only known that yes, something was about to happen. The enemy of my life was about to be taken out and I was about to attack that enemy every day thereafter. I sat in that youth service and heard the message of a savior, who would love me and never leave me. I heard about how He had forgiven me and wanted to be my friend. I remember shaking the entire time the youth pastor began to speak about this Man. I cried silently the entire time and knew, something is shaking my very foundation. It was then that I knew, this is what I’ve been looking for. I knew, I believed.

After that moment, He led me through a journey of disassembling my entire belief system. A belief system of thickly webbed lies. A system that only one man, Jesus, was ever able to not only break through, but took the time to not just rewire it all, but give me a completely customized brand- new system. Even down to my very DNA. He broke off every generational wiring for failure, and designed me to always succeed with Him. I am wired to succeed. I am a daughter of the King. And He never fails.

I now live in a reality that is so much more than truth even, it is a KINGDOM. It’s a belief system that flows through my veins, that contain the very blood of Jesus. It’s a belief system that when pricked or dared to be invaded by any sickness of lies, is immediately rebuked by a strong defensive wall of the Word of God. It’s a system that if one bit is not true, it’s all not true. And there is no person, no enemy, no lie that can say anything to break down the truth of this gospel. If He never does one more thing for me, if I never hear His voice again, what He did on the cross and has taught me through His word and relationship thus far, would be enough. Hear me sister when I say, no matter how deep you may be in the entanglement of lies—there is one that can not only untangle it, all but can fill you with truth and revive your tired soul. He can make ALL. THINGS. NEW.

Spread the love
Testimonies No Comments