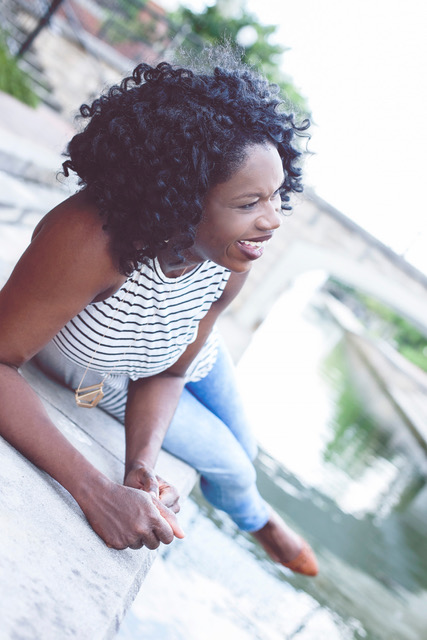 Creating an Atmosphere of Belief

Frustrated was an understatement. I think I was in a bit of shock at the ridiculousness of the situation I found myself in. “How did I get here?” I asked myself, staring at my two feet stretched out in front of me, covered by a sterile white blanket that was not my own. “Here” was a hospital room, where I was hooked up to an IV machine pumping fluid and antibiotics into my body. Giving me what I needed to fight an E. Coli infection I had contracted a few days before, unbeknownst to me. Was it the pasta salad, the salmon, the hot dog? Ugh.

It should not have been that big of a deal, and that’s why I was so annoyed. It was something that I could have gotten over at home. But the issue was that I was pregnant, and the antibiotics that were the most effective to treat the infection were not so good for a growing baby. So instead, I had to be hooked up to an IV of another kind and monitored to make sure my pregnancy wasn’t affected. Did I mention I had 3 other young kids at home? Oh, and that my husband was traveling to Iceland for an important trip in a few days? Or that it had been a few months of circumstances that had attempted to steal my joy time and time again?

My initial thoughts that day were a far cry from what I felt the Lord had spoken over my life for this year. I was letting frustration overtake my joy. My husband and I had just said yes to something huge for our lives and family, and in that step of obedience, the Lord assured me that He would cover me and be my provider, that as his daughter I could trust him.

This applies to all of us. We all belong to Jesus and He can be trusted. He seeks and searches, calls us out by a name that disbands our issues and dispels our fear. He calls us daughters and sons, names we did not earn, an identity that cannot be set by anyone else. Simply His. But with it is the weight of glory, with it is a mantle and a crown, the evidence that we are truly co-heirs with Christ and have access to everything he purchased for us on the cross.

But do we believe this? Do we believe that what He has for us matters more than temporary, frustrating and sometimes downright silly circumstances? We can talk all we want…but will we show our belief by how we walk it out? It’s one thing to say that we believe something and quite another to cultivate an environment around that belief.

I love my amazingly handsome, Viking husband, and the terribly cute and feisty kids that we have. My love however has to go beyond words, beyond the vows that I made. I have to create and continue to cultivate a home out of the overflow of that which I believe in. I am committed to my family and to doing the things that help take care of their needs, and ensure that they flourish. I am committed to partnering with my husband for all that God has called us to do. I am in no way perfect as a wife or mother, but I DO for them because I love and believe in power and purpose of my marriage.

What about you? What things have been spoken over you by the Lord? What have you said yes to? Are you willing to set the atmosphere of your life in a way that declares your trust? Or will you let doubt steal the seeds of faith Jesus desires to plant in your heart?

Mary, the mother of Jesus, was given a seemingly unbelievable promise that would come through impossible circumstances. Yet, she decided that she would believe the words spoken to her. She said yes and agreed with the promise. Instead of staying home where doubt, questions and negativity may have swayed her decision, she went away for 3 months to an environment that would help stir her faith.

One of my favorite verses in scripture is what her cousin Elizabeth spoke over Mary when she arrived. You see, Elizabeth also found herself pregnant. What would have seemed impossible at her advanced age was now a reality. In absolute joy she declared, “Blessed is she who has believed that the Lord would fulfill his promises to her!”

Her faith and joy helped create an environment of belief around Mary. So much so, that afterwards Mary sang her own song of gratitude and joy, stirring up her spirit to totally come into agreement with the promise God was going to birth through her. I’m not saying that we all need to or can get away, but I am saying that we need to do whatever it takes to nurture the seeds that God plants in our lives. Fan into flame the sparks that are meant to light up the culture around you.

I think at times, I fail at the cultivation part. I hear a word from the Lord, I get a nudge from his sweet Spirit, a wooing of a promise that he has declared over me and planted in my heart. Something He will reveal when the timing is just right. I hear it, I thank him, I get excited and say I believe it—but then, I stand in the mirror and judge the vessel he wants to bring the promise through. I question his trust in me, and therefore it affects my trust in Him. Instead of pouring life into the promise with uplifting words, I allow past disappointment and hurt and frustration to choke what he is doing in me. It colors my lens and shadows the filter through which I see. And so, I begin to open the door to doubt and rationalization instead of one of belief.

Does this sound familiar? It’s a cycle that demands to be broken because we live in a world that needs to be changed by our belief. It needs the atmospheric change that we produce when we are in tune with the Spirit and abiding with Him. Our culture needs the shift that occurs when the sons and daughters of God believe the words that have been declared over them, from before time began and operate in the ways that bring heaven to earth. We need the blessing that comes through belief, the promise and purpose that can change the course of history.

I know that we have not been tasked to give birth to the physical Son of God like Mary was, but in a way what we have been given is no less significant. When we receive Jesus into our lives, the very Spirit that overshadowed Mary, that rested on Jesus throughout his ministry, that resurrected Him from death, dwells in us! We have opportunity to say yes to God, to choose to believe his words by our ways and our actions and allow him to birth in us and through us promises that are meant to change the destinies of people and nations.

Creation groans and waits in anticipation for the sons and daughters of God to be revealed and operate as they truly are (Romans 8:19) Don’t wait for someone else to see it in you. Come into agreement now with what your Father says about you and do something about it. It may be taking a step of faith, getting out from negativity and surrounding yourself with faith filled friends. It might simply be getting in front of the mirror and say “Girl, God’s got you and you got this!”

I ended up in a hospital bed those months ago, not because I was deathly sick or even because it was some divine time out from the Lord, it was simply because actions were taken in response to the promise within me. My fourth child, my grand finale, needed an environment that would cultivate his growth, not his demise, and as I laid there, something stirred in my spirit and the whirlwind of the past few months culminated into a picture that permeated my heart:

“I believe at times, the Lord allows the storm not only to show us who He is, but to show us who we can be, who we are. Maybe before we were sniveling fearful messes crying out, thinking that the Lord was inactive and silent, letting the circumstance dictate a reactive response. But one day, something shifts, as the wind blows you stand up and realize that he has put his words in your mouth and his love in your heart. That instead of being told what to do by the rage of the wind, you stand firm and declare life over your situations. Fists clenched, head held high, armor glistening in the moonlight, you roar out the glory and the purposes of your King. You speak peace where there is pain, hope where it has waned, provision where it seems nothing can be gained. You decide to believe in all that He says you can be and do, worshipping over the wave and wind. And then you lay down, next to your sleeping savior, not a sign of his inactivity but the reality of the assurance of his victory…and as you choose to rest in his promise, he opens his eyes just a bit, takes in the smell of the sea in your hair, the storm that did NOT overtake you and smiles…’that’s my girl’, he whispers, as he tucks you to his side”.