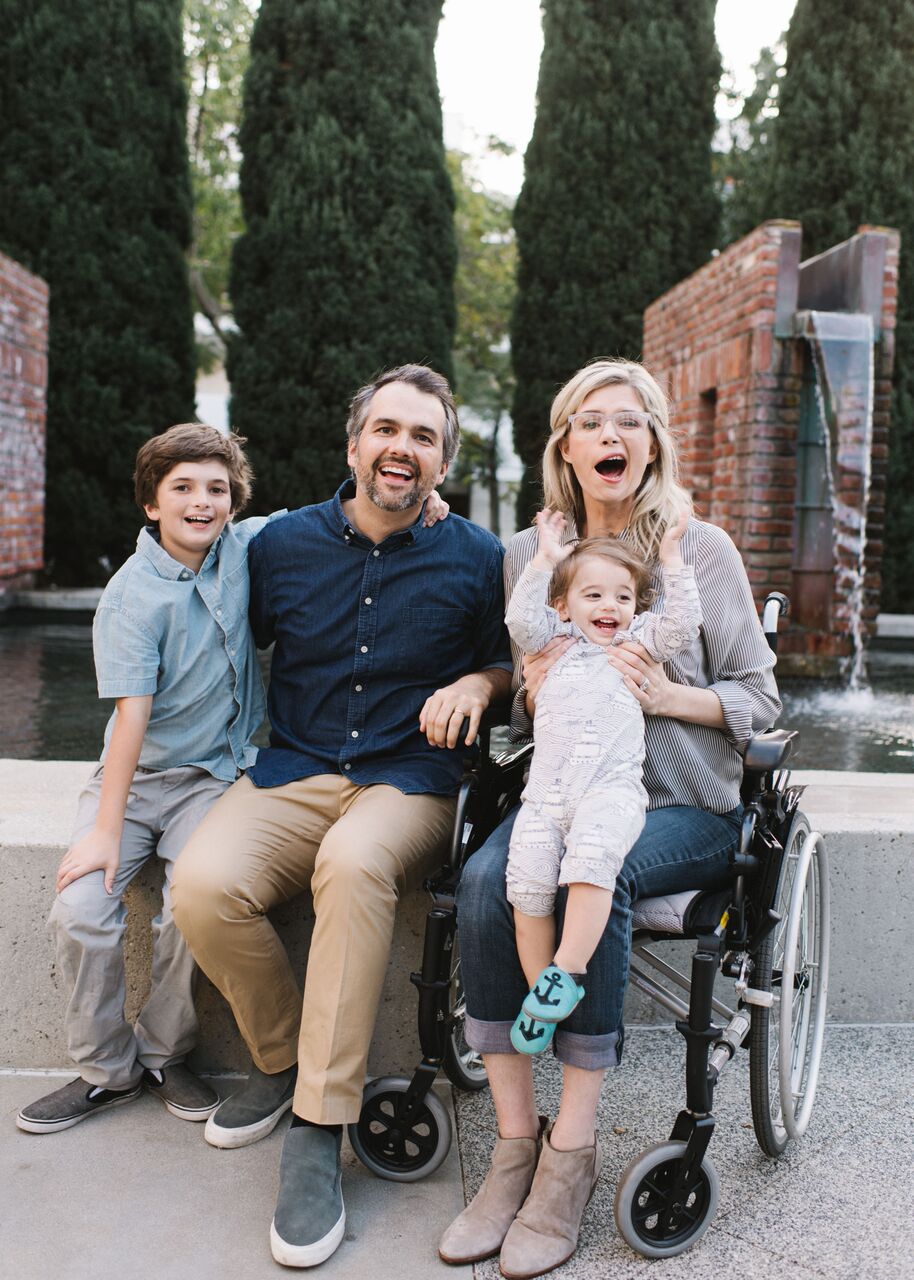 April 21, 2008 should have been my last day on this Earth…but obviously, I’m still here! Nearly 10 years after everything changed for me, I’m still finding my way in a life that looks nothing like I thought it would. But one thing I know for sure, God didn’t make a mistake with me, and He hasn’t made a mistake with your life either!

When I was 26, out of the blue, without a sign or symptom, I suffered a massive brain stem stroke while my six-month-old baby, James, slept in the other room. My husband of 3 years, Jay, just happened to come home between his final law school classes and saved my life.

The prognosis was so grim it was unlikely I would even make it through the night. After 16 hours of micro-brain surgery, I miraculously survived, but parts of my brain had been removed, and no one knew what would be next for me: Would I ever wake up? Would I be paralyzed? Would I die?

I did eventually wake up after 40 days on life support in ICU, but I woke up to a body that didn’t work, hooked up to a dozen machines, and I was no longer the woman or wife or mom I had been before. That was when the real work began. I would spend nearly two years in hospitals and rehabs before I would get to go back home.

People often ask if I ever had a moment of true despair after my stroke. I think the answer is Yes AND No. If I truly despaired, I don’t think I’d be here today, but I did come dangerously close about 6 months after I had survived.

It was a few days before Thanksgiving. I was still very, very bad off recovering in a brain rehab surrounded by death and tragedy and a growing awareness of the horror of my new normal. I had taken my ninth swallowing test which I felt so sure I would pass as a gift from God entering the holiday season–turkey legs, here I come! But I failed it again and was slapped with the bigger reality that I could not eat, could not walk, could barely talk, could hardly hold up my own head, let alone play with, engage or take care of my one-year old child. If I was gone, the burden of caring for me and the sadness that came with it would be lifted off the people I loved most in the world. Jay could re-marry an able-bodied woman, and James could have a “normal” mommy. Clearly God had made a mistake by letting me live.

Just as these thoughts began to wash over me, flooding into the deepest places of my broken heart, they were overwhelmed by—I was overwhelmed by—one of the most unusual and life-changing experiences. Though it wasn’t an audible voice from God, it was an awakening of scripture, a vibrant reminder of all the truest things about me and about God, things I had known my whole life but that came to my mind in the moment I needed them most with more clarity and purpose than ever before.

I recounted this “epiphany of hope” in my book, HOPE HEALS. I believe these words were for me in that moment, but they are for you too…

‘Katherine [INSERT YOUR NAME HERE!] you are not a mistake. I DON’T MAKE MISTAKES. I know better than you know. I’m God, and you’re not. Remember that you were fearfully and wonderfully made in your mother’s womb, and that is when the AVM formed in your brain.

There is purpose in all of this. Just wait. You’ll see. There is no replacing you! Jay could never, ever marry a woman as amazing as you. James could never have a mommy like you. Think about what this will mean for his life. Mommy’s stroke will always be a part of his story. That is a gift to him. It will inform his life. Let him consider it pure joy as he grows. All of this will teach him in ways beyond anything you could say or do.

Trust Me. I am working out EVERYTHING for your good. Don’t doubt this truth just because you are in darkness now. What’s true in the light is true in the dark.

I know you can’t fight this. That doesn’t matter. All you have to do is be still and let Me fight for you. I will complete the good work I began when I gave you new life. I will carry it on to completion. Believe that. My nature is to redeem and restore and strengthen. This terrible season will come to an end. You will suffer for a little while, and then I will carry you out of this.

You will see My goodness in the land of the living. Lean into this hope. Let it teach you how special you are. Most people will never go through this kind of hell on earth. I have chosen you. Live a life worthy of this special calling you have received.’“ (pg. 164, HOPE HEALS by Katherine and Jay Wolf)

For more information on  “Hope Heals”, go to www.hopehealsbook.com.