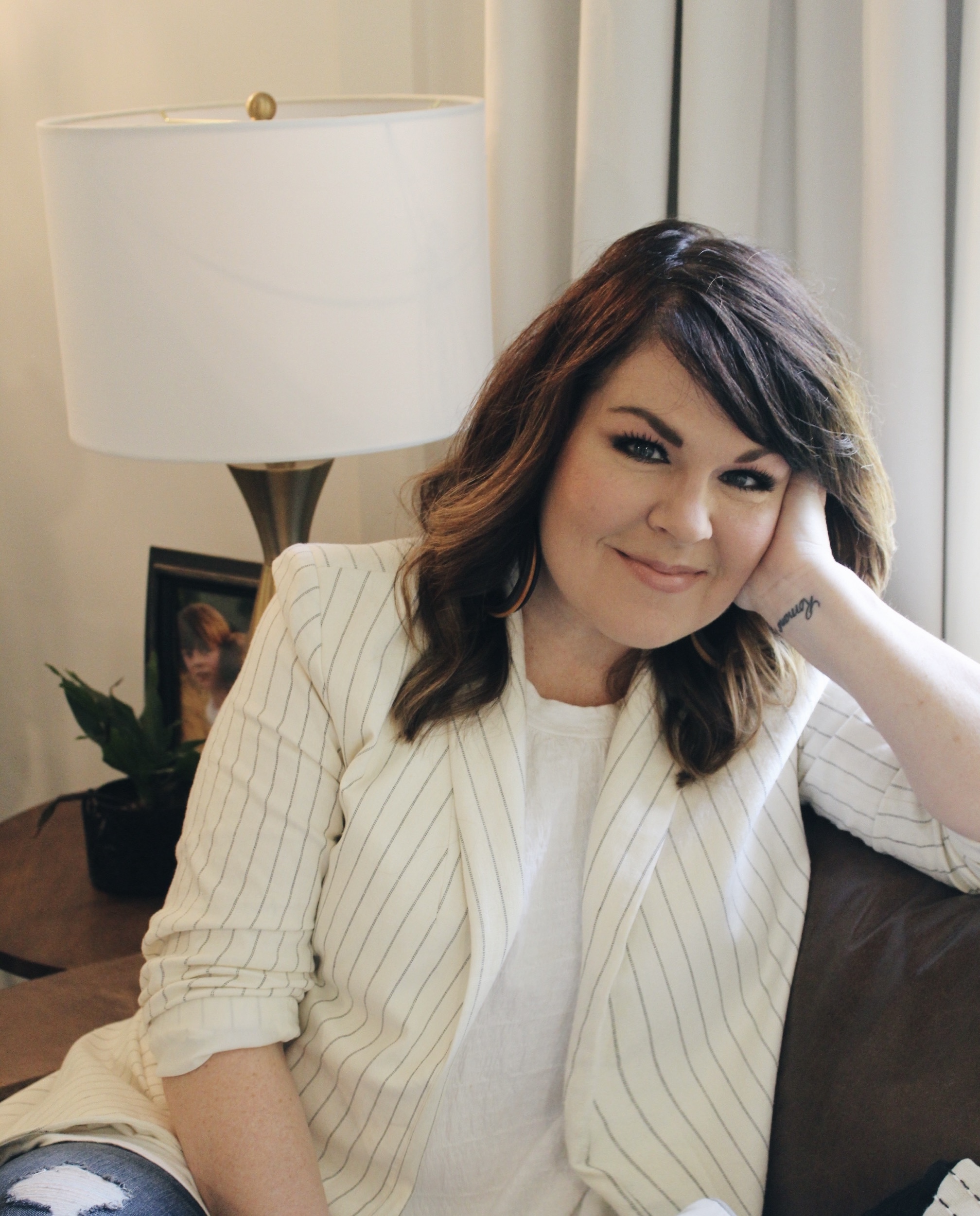 Your Feelings Aren’t the Boss of You

I have lived this scenario more times than I care to count: someone made a comment that upset me. I wouldn’t say anything, but inside I was triggered by it, so I shut down and began to shut them out. I didn’t necessarily mean to or know I was doing it – it just happened. My best friend and I used to even have a name for it. It was when I would “check people off my list.” We would joke about it, but the truth is, it quietly hurt my heart so I would quickly let people go.

Sometimes it went a little differently. Tensions between myself and a friend would rise, I would blow up over something they did (maybe even something little, due to things having built up), heated words were exchanged, and our friendship would sever. Later I would think about it, wishing I could turn back the clock and take my poor behavior back.

It feels terrible when your feelings become the boss of you.

Over time, I got so sick of the feelings of regret that came from my emotions being in charge of me that I decided to do something about it.

I knew I needed to better understand why if God had made me with my emotions (instead of making me like a robot without them), they were actually causing me problems and unnecessary pain? And since feelings were created by Him, what was the best way, His way, to handle them?

As I began to pray about this, the Lord showed me an important distinction: how feelings were meant to be a gauge, not a god. 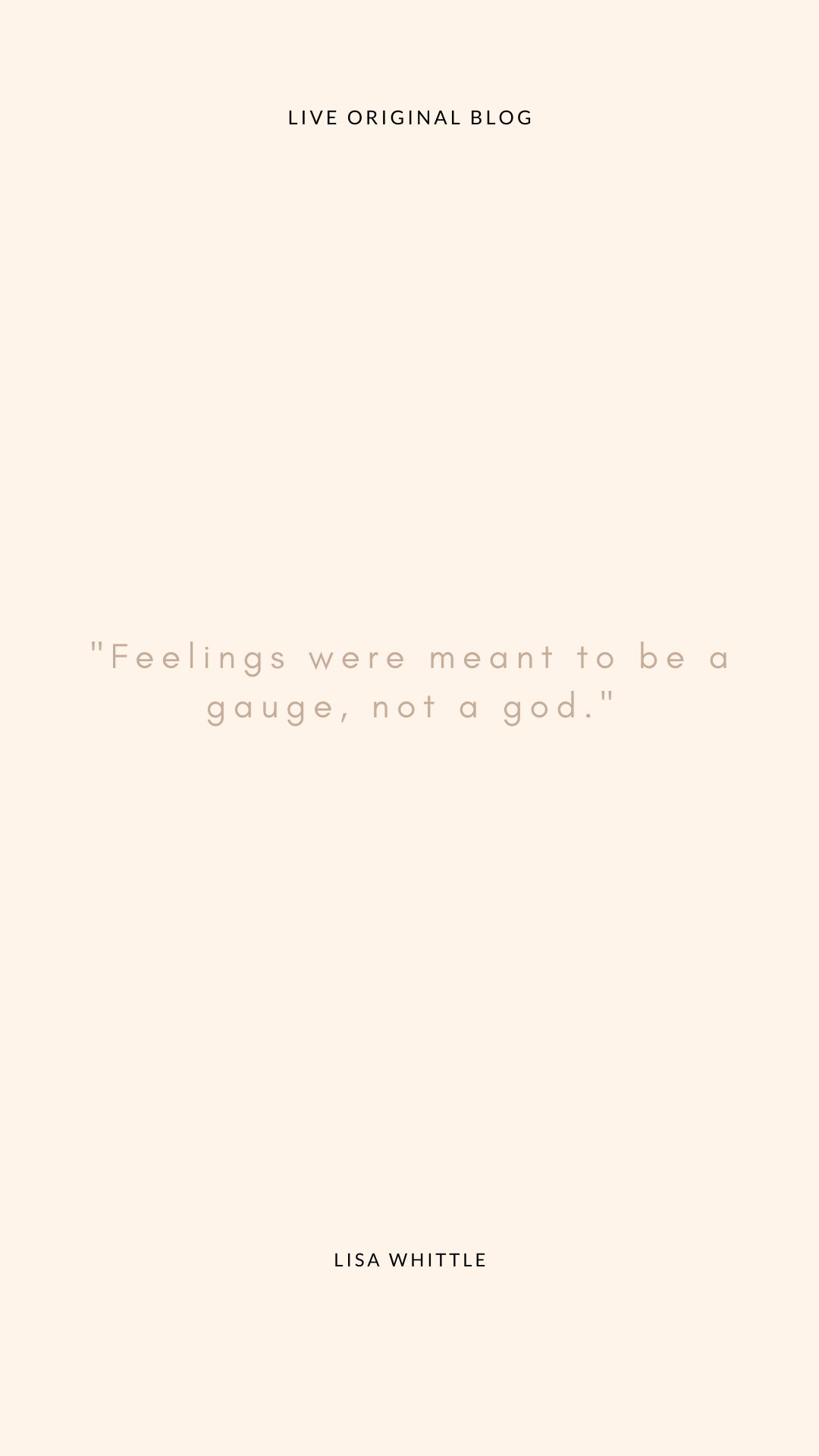 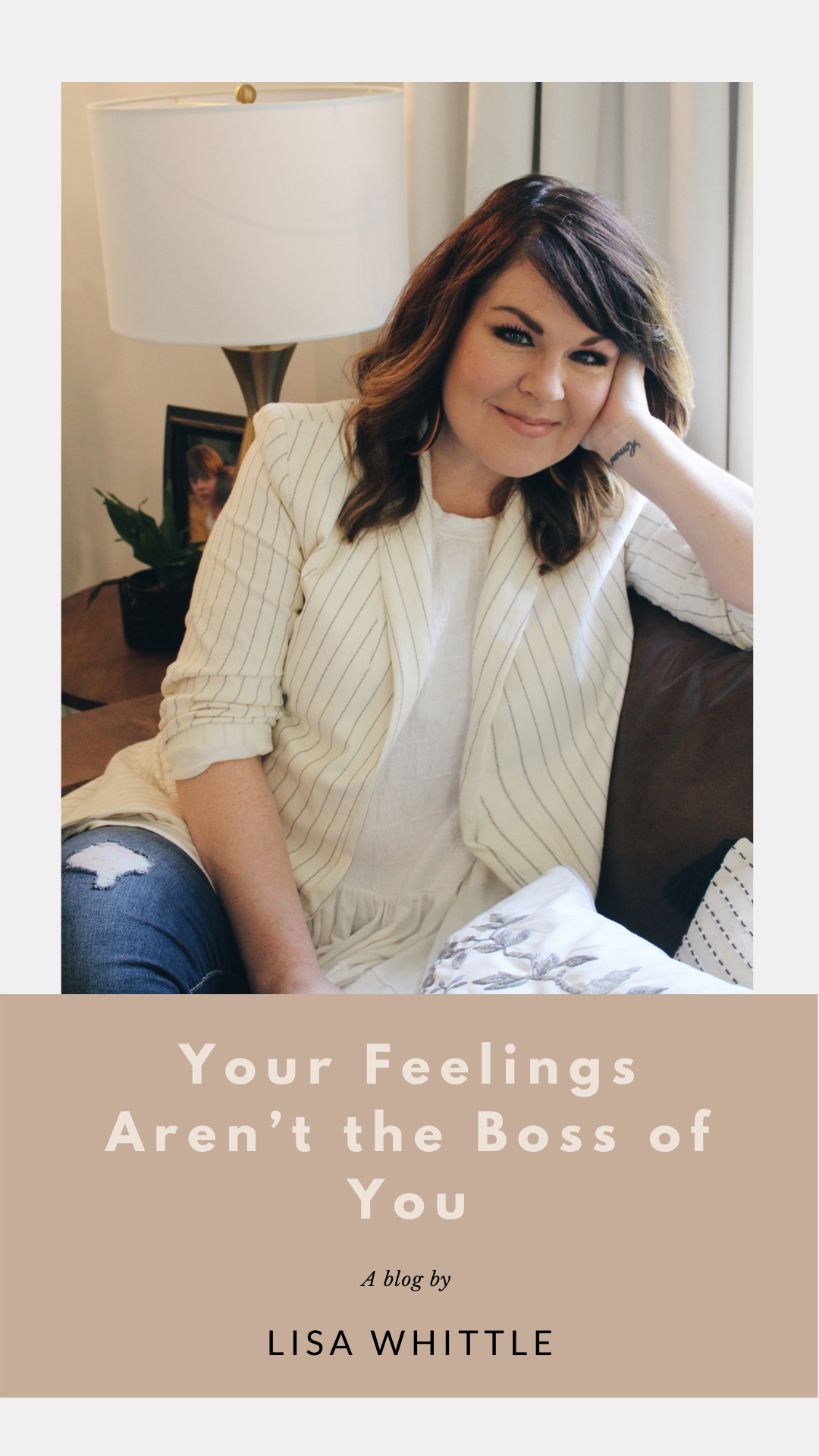 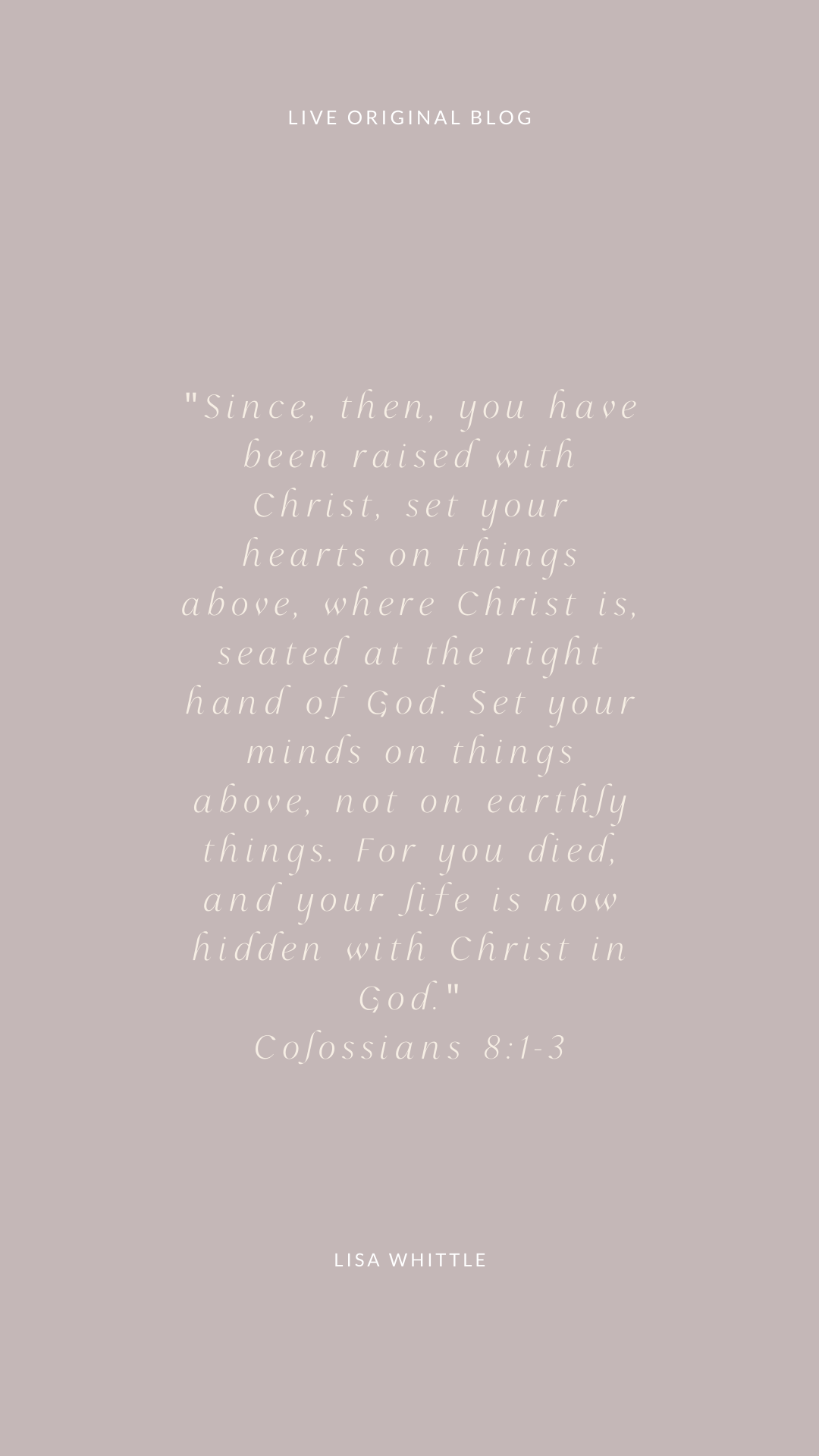 Gauges are crucial. They give us vital information we need to know – what is happening underneath the surface that we cannot see. What might be a problem we need to address. What is a limit, and when we are going too far.

Just think of gauges in a car. We need to know how much farther we can go on the gas we have in our tank, if our oil and water levels are good so the engine doesn’t blow up, and all of the other important informational “signs and signals.” When I went to college, 16 hours away from home, the one thing my dad instilled in me was to always check the pressure of my tires. Otherwise, I wouldn’t know if I was driving around with a tire about to go flat on the highway. Without these gauges, important things go unattended, and we could even be at risk.

But a god, on the other hand, is a role that goes beyond mere instruction in our life. It is a role of highest placement and priority, in a position of ownership and ultimate power.

We can allow things to become a god in our life to rival the real God of all true authority. (He has no real rival, of course, but we can give things God-like status.) These are our idols, and though we might not think of feelings as an idol, anything we put over the Word of God can be. In our culture, and really, all throughout the history of the world since creation, the tendency of humanity is to turn even good things into idols, exalting them above God. It’s actually nothing new.

Feelings have become that for our current culture. If you aren’t sure you agree, just think about things you have probably observed to assess if what I’m saying might be true. Fights over the internet, due to careless and even cruel passing comments by strangers and “friends.” The freedom to say what we want when we want without any commitment to wisdom, crushing so many of our hearts. The volatile past election season, mask wars, and the divided nature of our country. Families that are still divided because we decided to bow to our feelings and behave in whatever way they took us, and though that felt important at the time, we now just want our family back.

We’ve been told to do exactly what we feel like doing with our bodies, and that has gotten us into messy situations in relationships that are now over and all we are left with is regret. I don’t have to go through the list, and I say this with not an ounce of judgment. I have such a tender spot for us because I know what it’s like to cry over past mistakes and wish it were different. I love Jesus so much because He has loved me through that, and loves me through my mistakes, still. And He wants for both of us to simply know the truth: that He is our God, not our feelings. He is in charge. Feelings aren’t the boss – they are to come under His management and control. And His way will lead to a life of no regrets.

“if you’re serious about living this new resurrection life with Christ, act like it. Pursue the things over which Christ presides. Don’t shuffle along, eyes to the ground, absorbed with the things right in front of you. Look up, and be alert to what is going on around Christ—that’s where the action is. See things from his perspective. Your old life is dead. Your new life, which is your real life—even though invisible to spectators—is with Christ in God. He is your life. When Christ (your real life, remember) shows up again on this earth, you’ll show up, too—the real you, the glorious you….And that means killing off everything connected with that way of death…doing whatever you feel like whenever you feel like it…That’s a life shaped by things and feelings instead of by God. It wasn’t long ago that you were doing all that stuff and not knowing any better. But you know better now…” (Col. 3:1-8 The MSG)

I am so deeply grateful I know better about a few things, now. I am so grateful He has saved me from my own thoughts, opinions and yes, my every feeling. What I can tell you for sure is that our feelings are beautiful and wildly important. God gave them to us for a reason. But He is our one and only God, and He alone will never steer us wrong.

Lisa Whittle is the author of eight books, and her wit and bold bottom-line approach have made her a sought-after Bible teacher. A pastor’s daughter and longtime ministry leader in issues relevant to the church, Lisa is the founder of Ministry Strong and the popular Jesus Over Everything podcast. Her love runs deep to see people pursue Jesus for life, grow deep roots of faith, and walk strong in the midst of a world that so often seems to have gone crazy. She and her family live in North Carolina. Learn more about Lisa’s new book, The Hard Good, and take her free quiz about bossy emotions at https://lisawhittle.com/good/.