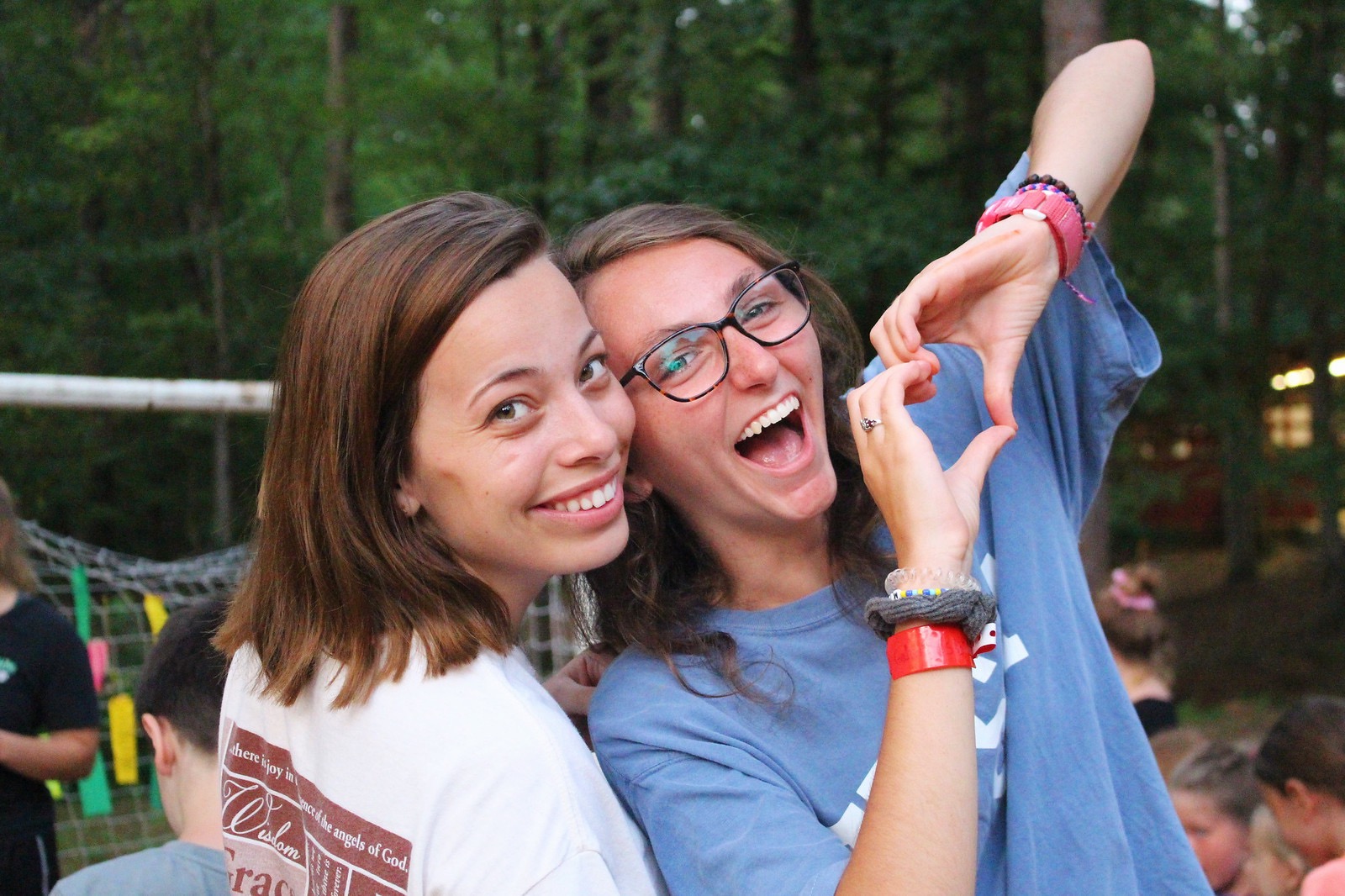 You are loved. If I want you to take anything away from the words on this page it is that you are loved, you are seen, and you are cared for. Jesus loves you to the point of agony on the cross. But I don’t just want you to know that- I want you to live that. Live as if you are loved beyond measure.

I spent this summer serving at Camp Ch-Yo-Ca in Louisiana. Let me tell y’all: the Lord really is able to do more than we can ask for or imagine! Whether through the testimonies created, relationships built, growth of camp itself, or simply within my own heart He exceeded any and every expectation. It was more trying than I anticipated. Some days I felt spiritually, emotionally, and physically exhausted. Yet the Lord held me and rejoiced over me, becoming the strength to every weakness I identified. Other days- and there were lots of them- overflowed with His goodness and abundance, providing mere glimpses to the glory of His Kingdom.

Middle school week intimidated me more than anything but of course the Lord had something bigger for me than I knew, and I’m still unpacking it all. The Holy Spirit was so evident within the friendships the girls in my cabin developed and in the ways they opened up to us counselors. Girls that I viewed as beautiful, chosen, and set-apart world changers shared with us the many lies that they believed about themselves. God penetrated my heart that week and broke it for what broke His.

My co-counselor, Ally, and I made anklets for each of our campers that say the word “loved.” We told them that from camp on, the only identity they were allowed to walk in is loved. If they only began to fathom how wide and long, how high and deep the Lord’s love is for them, their whole selves would transform. They would no longer live from any fear or anxiety. Growing in a relationship with Christ, the outpouring of His love into their souls would leave nothing but an overflow of that same rich love to share with others.

A few years ago I heard that the majority of our problems come from not knowing how loved we are. I saw this manifested in the lives of those around me and found such an urgency in proclaiming this identity over as many as I could reach. Who He is changes things. I was so excited about that that I read and prayed not to fill myself, but with the intent to share. The overflow is good but I had the wrong approach. I didn’t allow the Truth to penetrate deep within my own soul first.

I’m an enneagram type six (if you don’t know anything about the enneagram, like me a few months ago, work at a summer camp and you will soon enough). Type sixes are known for being loyal and hard-working, actively championing those around them. News to me, however, is that we also “test the attitudes of others towards (us)” in order to “fight against anxiety and insecurity.”

Prior to this summer I would have never considered myself a particularly insecure person. Sure, I regularly identified others as prettier or funnier than me, but I didn’t recognize that as holding me back, confident enough in who the Lord made me to be as soon as I felt invited. Arriving to camp, however, I became overly aware of how self-conscious I was being. There were many delayed friendships because I assumed individuals wouldn’t want to be friends with me or wouldn’t want me to infiltrate their group. Through this I saw ties to my experience at college and how I assume others view me.

One late night in the kitchen a few counselors had congregated to sneak some leftovers from Sadie’s birthday. Talking with one of my newer friends I said something subconsciously searching for reassurance of our friendship. He called out my stronghold right then and it has led to every single realization that creates this post.

I spent the first few weeks shrinking back in timidity and insecurity, absent-mindely obeying the fear of rejection. I kept waiting for people to invite me in, as if they were examining me for their groups. What I forgot is that I already had the part! Jesus wanted me to show up already being the light He created me to be, rather than waiting for the permission and affirmation of others.

I listened to a podcast the other day that said Christianity, at its core, is so simple, only asking the question, “Will you allow yourself to be loved by God?”

Seeing how I had been so hesitant to allow fellow counselors to love me, I came to the tough realization that I had never allowed the truth of the Lord’s love to manifest within me.

For whatever reason, I always kept Jesus at an elbow’s distance. I saw Him beside me, knew a lot about Him, listened to Him on the Mount, and proclaimed His miracles and words to others. Yet, there was a personal way He wanted to enter my heart that I had not actively allowed.

His love is big. Right now, though, He is showing me its ability to be small and condense, not abstract and greater than my ability to receive, but personal and intimate, flowing through every crack of my broken heart (if you’ve never heard ‘Pieces’ by Bethel, now would be the time to listen).

I’m not a super emotional person so I’m still working through how to actively receive this love each morning. That’s something super cool about His love though – it’s not a feeling, it’s an absolute Truth.

“Then the mother of Zebedee’s sons came to Jesus with her sons and, kneeling down, asked a favor of him. ‘What is it you want?’ he asked. She said, ‘Grant that one of these two sons of mine may sit at your right and the other at your left in your kingdom.’” -Matthew 20:20-21

I originally read that as a bold request, irritated by how upfront she is in asking for what she wants. But I wondered why my heart froze, becoming shy and timid before asking Him to do the same for me. That questioned scared my heart because after working up the courage to ask Him, knowing His answer is ‘yes,’ I realized that I wouldn’t allow myself to sit there. I wouldn’t accept His love and take the seat. I would proudly stand up and shy away at His graciousness, saying someone else could take it, as if they were in more need of sitting right next to the Father of all generations at His great banquet than I was.

So now I wake up each morning and humble myself enough to take a seat at His table.

Still stumbling to accept His love and let Him in the walls that I don’t know exist, I know to slow down in my relationship with Him. Just to sit at His feet and let Him pour into me- not for the reason of me being able to do something with it but simply because that is what Jesus came on this earth to be able to do, to love me.

Fear doesn’t stand a chance when we stand in His perfect love. Our anxieties and insecurities have no place swimming in His love. Living into the identity He has for us creates a lightness. It takes away the burden and takes away striving. It invites us to discover who we are.

So not just you but finally including myself as well, together with all God’s holy people- we are loved.

Meagan Harkins is from Oviedo, FL and currently studies Journalism at Ole Miss, with hopes to document stories about what Christ is doing in the hearts of others. She loves Christmas trees, road trips with her family, and the color green.