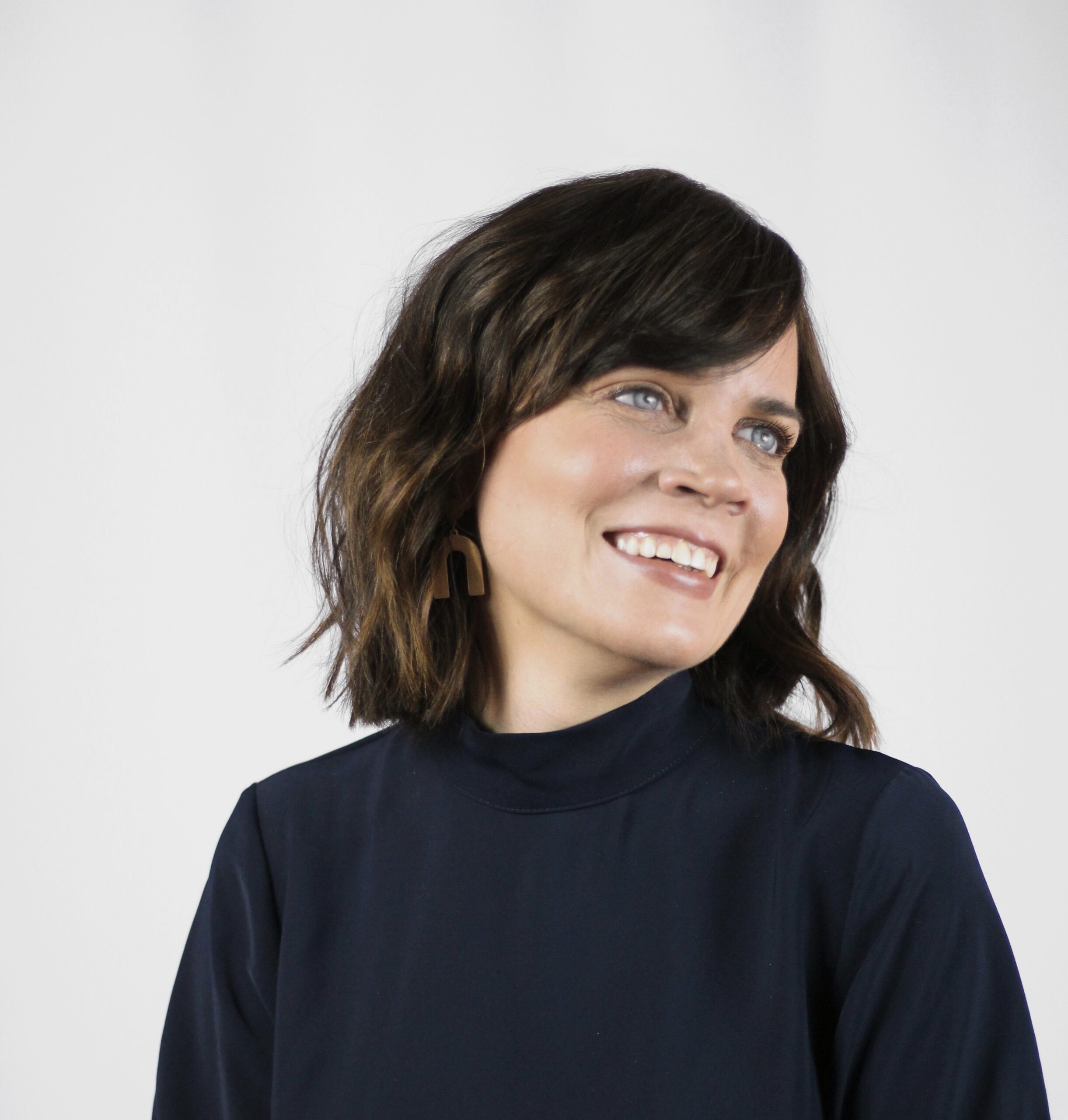 The Way to Be Worry-Free

Though Philippians 4:4-13, is not a song, per se, we know that Paul often sang, even in prison (Acts 16:25.) I imagine Paul singing about the secret to true peace and contentment from his jail cell. And if he could sing such a hopeful song from such a dark place, surely he can teach us how to do the same…

In Philippians 4:6–7, Paul told us to not be anxious about anything. Instead, he said, take your requests and your thankfulness to God, and peace that you can’t even comprehend will surround you and protect your minds in Jesus.

Paul didn’t suggest that we not be anxious—he commanded it. Which shows, at the very least, that it’s possible to not be anxious. Why would he command us to do something that is impossible? Paul never said God would answer our worries according to our wishes.

But he said, to paraphrase, “Don’t worry; pray.” Or as Martin Luther said, “Pray, and let God worry.”5

Similarly, Peter ordered us to throw all our anxieties on God because He cares for us (1 Pet. 5:7).

The key here is that we bring those worries to Him with gratitude. In the Bible, we often hear of people full of fear about what was about to happen or devastated by what had happened, yet they recounted God’s faithfulness as they prayed. I have come to love recounting to God how He has been faithful, because it instantly changes my perspective. Sometimes I go back to Leah, Moses, and even Adam and Eve. It’s mind-blowing that the God who spoke to them also listens to and speaks to us and cares about our lives. 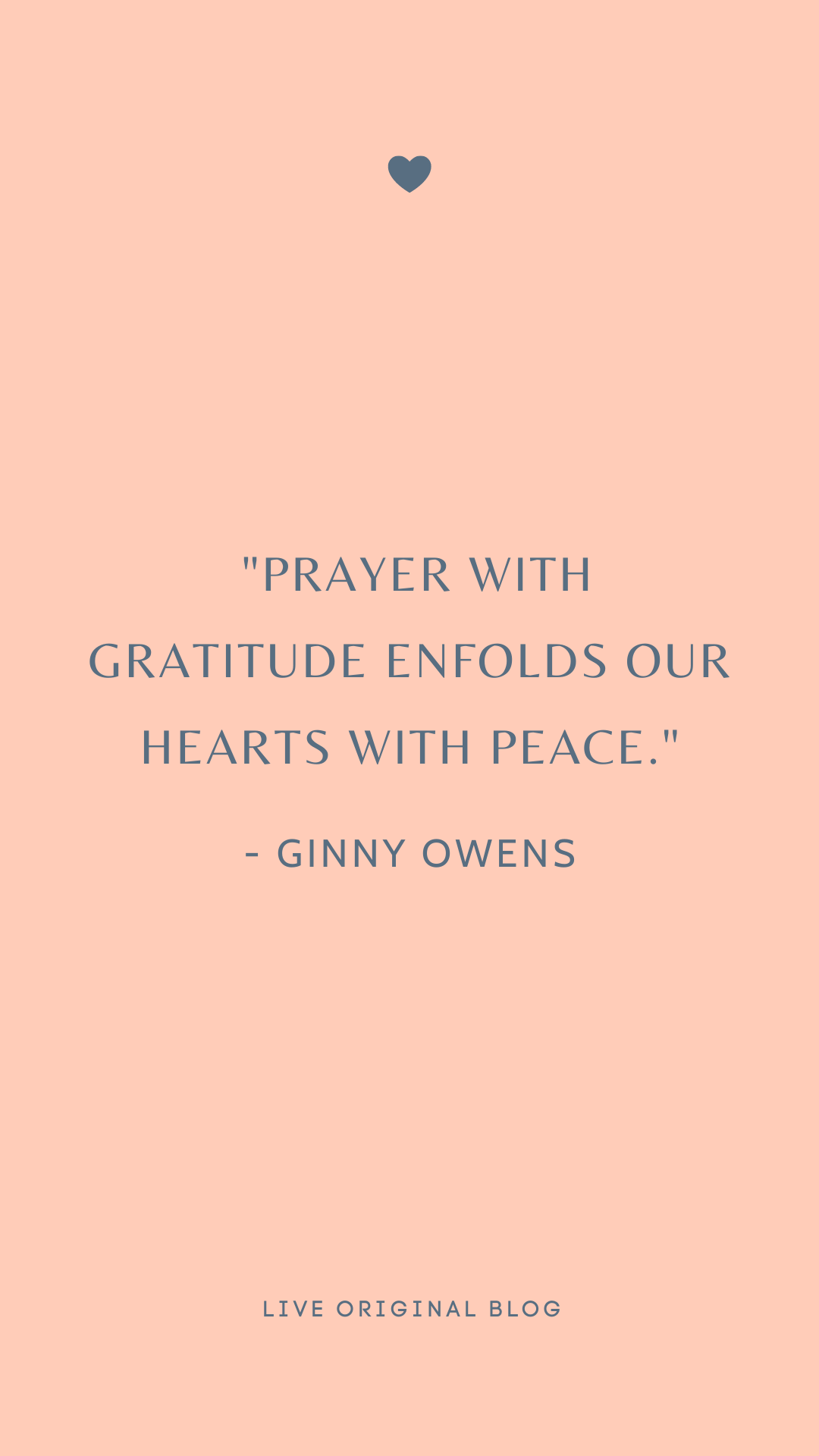 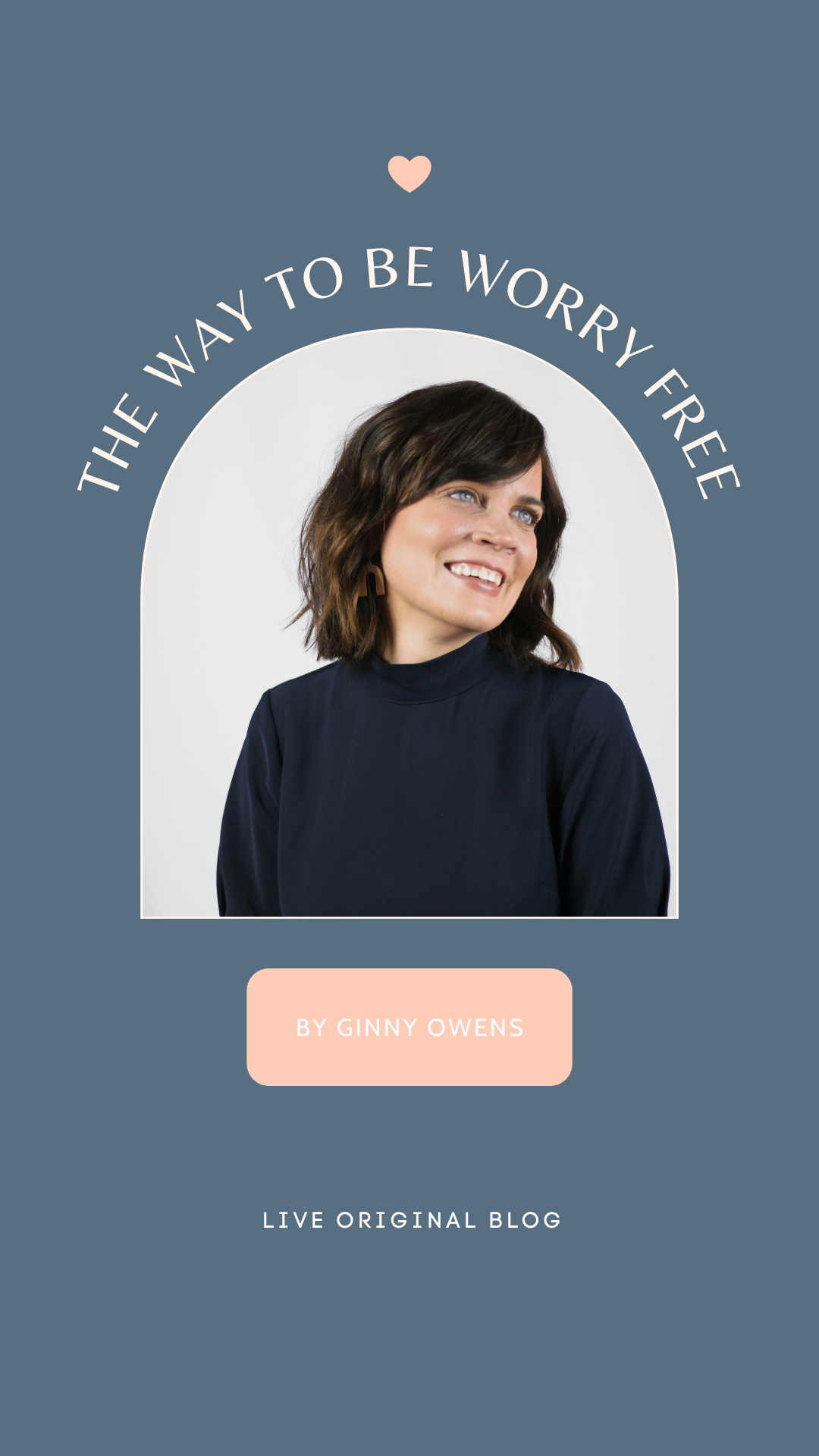 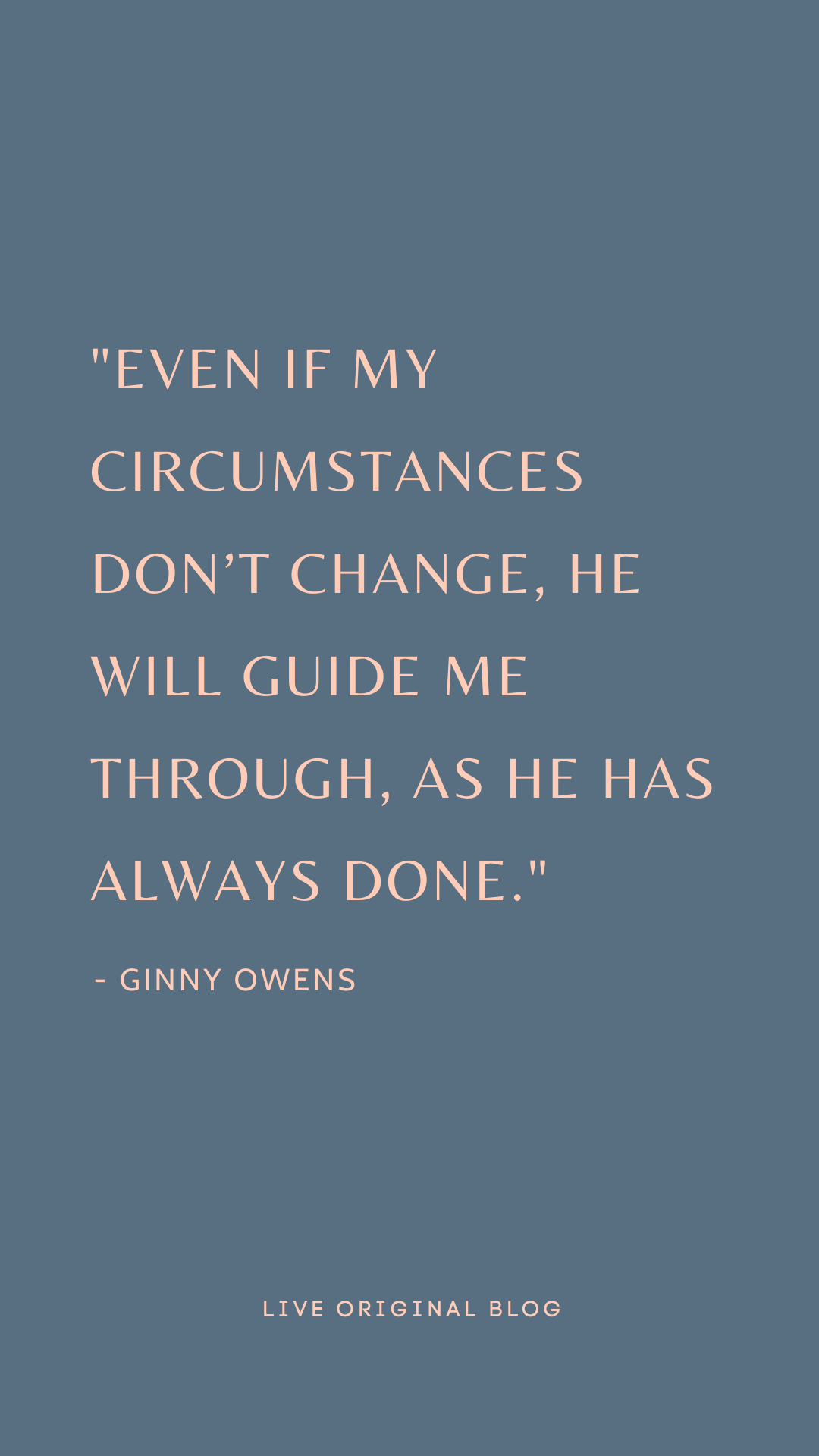 Every night now, I make a gratitude list of at least five things I’m thankful for. No matter what kind of day I’ve had, I start writing as I pray, and I rarely end up with only five things on that list. By the time I get to my requests, I feel a renewed confidence and peace because, as I look back over my day and over the history of God’s faithfulness, I see how He truly cares and is at work in my life and in the lives of those in my space. I have a sense that even if my circumstances don’t change, He will guide me through, as He has always done.

We learn through Paul’s words to the Philippians that prayer is the place where God’s strength overpowers our weakness and His faithfulness overcomes our fear and restlessness. Without prayer, there is no singing in the dark. There’s no joy. No rest from anxiety. But prayer with gratitude enfolds our hearts with peace. In the midst of my most restless hour, as I began to practice what Paul commanded, things began to change. For a season I served part-time as a worship leader in a Nashville church that had a couple of campuses. Though it proved to be the most rigorous of my musical experiences so far, it was a beautiful time of growth and change.

When I wasn’t on the road, I was at my home church, leading worship and learning to be in community. I learned to forge ahead during the awkward moments of getting to know new people. I learned to keep showing up for small group, no matter how uncomfortable or even outright boring it could feel. And through sharing the lives of others, day in and day out, I gained a sense of grounding, leading to a peace I hadn’t experienced before.

I also began to pray differently. I talked to God about everything that was going on, with a renewed belief that He saw and cared and could bring change. As I look back over my journals from that season, I can witness the transformation from virtually one-sided blubbering in a place of anxiety and discontentment to an awareness of God’s greatness, holiness, and constant faithfulness.

New community and a deeper attention to Scripture and prayer led to a bigger view of God and began the evolution of a new, more peaceful me. I started to learn how to fight my tendency to worry. Instead of being dominated by stressful circumstances, I began to train my mind to move in the opposite direction—toward the peace of Christ. And I was able to let go of anxiety meds.

Worry and restlessness are constant battles—battles that most of us will face until eternity. And for some of us, medication serves as a life-changing aid to living fully and balanced. (Praise God for brilliant scientists.) But wherever we find ourselves on this spectrum, God longs to give us life-altering, soul-resonating peace through Himself, His Word, prayer, and community with other believers.

Excerpted from Singing in the Dark by Ginny Owens, © 2021. Used by permission of David C Cook. May not be further reproduced. All rights reserved.

With an award-winning career that encompasses two decades as a singer/songwriter, recording artist, author, and speaker, Ginny Owens has released ten albums, five EPs, and two Christmas projects garnering critical success, chart-topping radio singles, and numerous film and television placements. She continues to inspire others with the truth of the Gospel through personal stories, songs, and Bible teaching. In 2014, Ginny released her first book, Transcending Mysteries: Who is God And What Does He Want From Us, co-authored with Andrew Greer and published by Thomas Nelson/HarperCollins. In 2021, Owens released her new book on David C Cook, Singing in the Dark, which encourages readers that God is eager to speak light into their hearts despite the daily darkness of life in the way only He can. In addition she released her first worship project, the EP Sing Hope in the Darkness, was recorded at the Art House in Nashville. This organic, live offering features songs that run the gamut from modern worship to ancient hymns. Ginny currently resides in New York City and is in her final year of a Master of Biblical Studies at seminary. For more information, visit GinnyOwens.com.