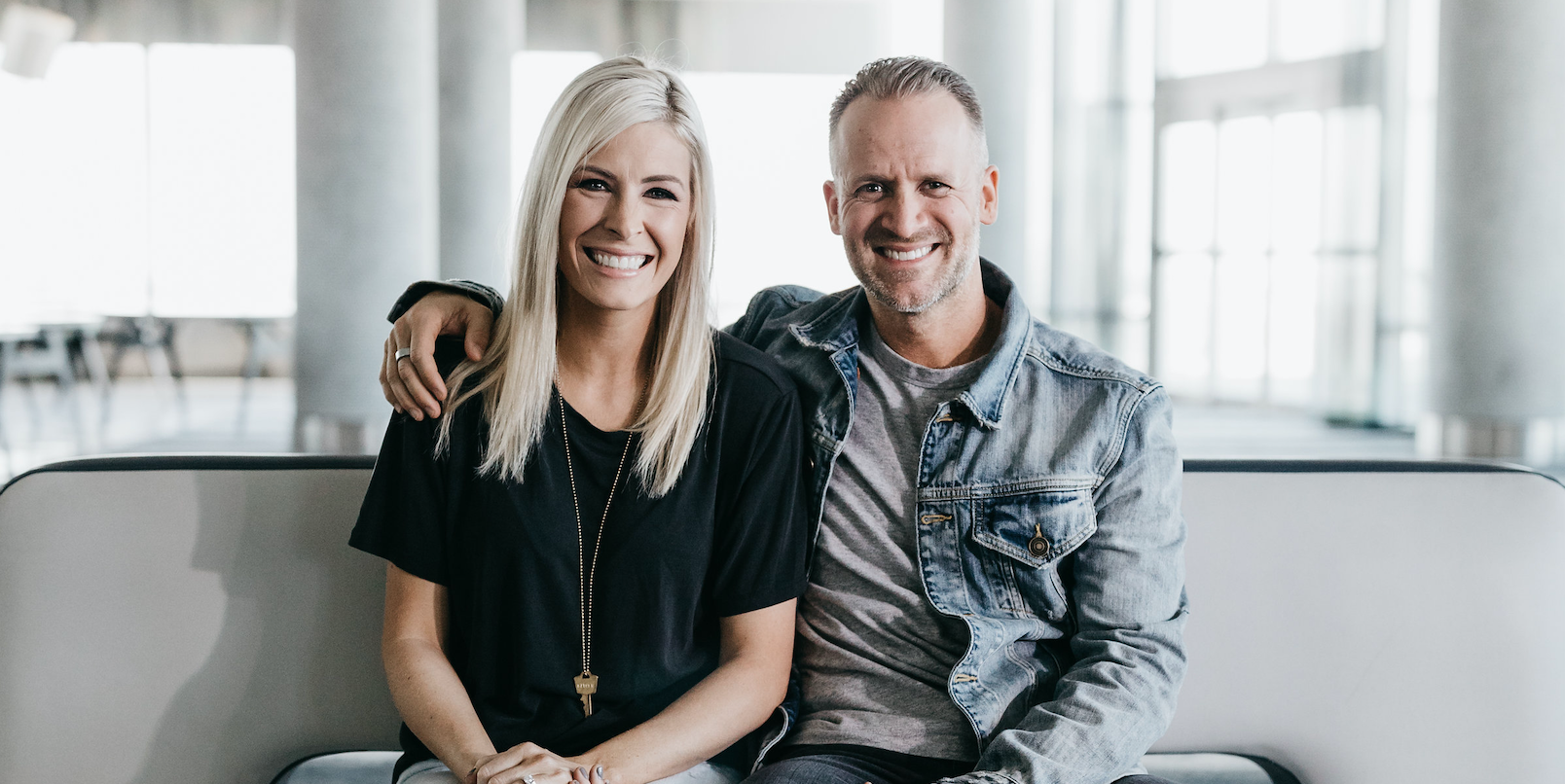 This is how it started: some invisible hand reached in, grabbed my lungs, and squeezed; the pressure settled across my chest, then my shoulders. My hands began to shake; the air thinned; my fear thickened. I raised my arms over my head, locked my fingers and tried to catch my breath.

I looked at the river, then looked around the area until I laid eyes on him. There was my son Braden turning over rocks and looking under logs. He was lizard hunting, just like my brother, Eric, and I did when we were his age. Eyes squinting in the sun, mud splotches up to his shins, he was having the time of his life and had no idea that some invisible force was creeping up on me. Something was very wrong.

Braden’s hand shot under a log, and he pulled out a lizard. He turned and held his fist in the air, yelling, “I got him, Dad!” I did my best to smile back and wave, but the invisible walls were already closing in, even in the wide-open spaces by the river. I took a deep breath, tried to hold those walls back, and that was when the surge of adrenaline rushed in. This spiral was unfamiliar, not like the episodes of panic that I’d had through my childhood. This was different.

Why can’t I breathe?

Braden turned back to the hunt for another lizard, and I closed my eyes, rubbed my hands on my shorts as the July heat just seemed to magnify what was happening inside of me. More weight settled in, and something like terror came with it. My breath drew shorter and shorter, and I tried not to hyperventilate. I opened my eyes and all I could see were the stars from the lack of oxygen. The sun shone on the surface of the Sacramento River in the distance, and it grew whiter and whiter until it was near-blinding. I closed my eyes again, tried to take another breath, but I felt like I lost another inch of my lungs. The invisible fist tightened. The weight on my chest doubled.

This is the anatomy of a crash.

That was the beginning of a nervous breakdown that I suffered in the summer of 2015. I was locked in that torment for months, afraid that it would never end.

But it did. I found freedom and the necessary keys to live my life in peace

In my book, When God Becomes Real, my fifteen year journey of torment as a child and my nervous break-down as an adult is chronicled. There were fundamental keys I learned, at just seven years old, that were crucial to finding my way out of the darkness.

Here are the four weapons I still use to this day.

1.The name of Jesus.

2.The blood of Jesus.

As a child, the power of worship was what always brought me freedom. Morris Smith once preached: “Real worship defies definition; it can only be experienced. Worship was never intended by God to be the discussion of textbooks, but rather the communion with God experienced by His loved ones.”

Worship is the main event because it connects us to God in a way nothing else can. I leaned into this truth: worship is more than singing songs to God; it’s investing in our relationship with Him, even when we don’t feel like it or when circumstances are difficult. Worship acknowledges those difficulties and turns to God regardless. When we worship, we declare who God is and who we are through Him.

Those desperate moments of torment I felt as a child taught me how to pursue God. I’d raise my voice with complete passion and desperation, worshiping and thanking God for what I knew He was going to do. I would partner with God for my breakthrough. With praise and worship, the fear I was experiencing always broke.

As God is glorified, atmospheres are shifted when He comes. He eradicates our enemies and drives out our fear. Praise and worship usher in the Presence of God and bring freedom. Through that season, I learned the power of worship and built my life around it. I learned to become a worshipper!

So many things lead to my nervous breakdown in the summer of 2015.  Taking on way too many things, not communicating my feelings, stuffing down feelings and having a spirit of unforgiveness were some of the factors.

After months of torment, I had a life changing encounter with God where He told me that  the “Word of God” would be the key to my healing. Up until that point, the tools I had been taught didn’t seem to have any lasting impact or change the situation. Months later my doctor explained, “You’ve had a mental breakdown, and you haven’t given your mind what it needed to heal itself.”

So, I gave myself to the Word in a new way. I took a completely new approach and it changed everything. Brian Simmons says, “Only those who touch the scriptures in faith receive its promises.”

I finally let go, surrendered and trusted where God was leading me. I stopped numbing the panic and instead leaned into it.

Romans 12:2 says: “Do not conform to the pattern of this world, but be transformed by the renewing of your mind.”

This isn’t a nice idea or concept; it was a promise I live out. This is what God did for me. My mind was renewed and transformed. He healed my mind through His Word.

How does God work through pain? How does He use it? I didn’t understand it back then, and to be honest, I’m still not sure I understand now. But I’ve come to see that none of my own efforts to ease the pain, pressure and tension worked. It was my full surrender to the process with Him that brought peace.

Pain is never God’s endgame. He allowed it to bring me to the end of myself. The heart that remains innocent will progressively see more and more of God. That’s exactly what God did—He’d restored my heart so I could see more of Him.

Brian Johnson is the co-founder of Bethel Music, WorshipU and has an been integral in the production of more than 15 albums that have influenced the culture of worship across the global church. Johnson’s newest, chart-topping solo album, After All These Years, released in January 2017 alongside his wife Jenn. They are committed to raising healthy family, cultivating community and fostering unity among worship leaders from around the world. Brian and Jenn reside in Redding, California, with their four wonderful children. His first book, When God Becomes Real, is available now.