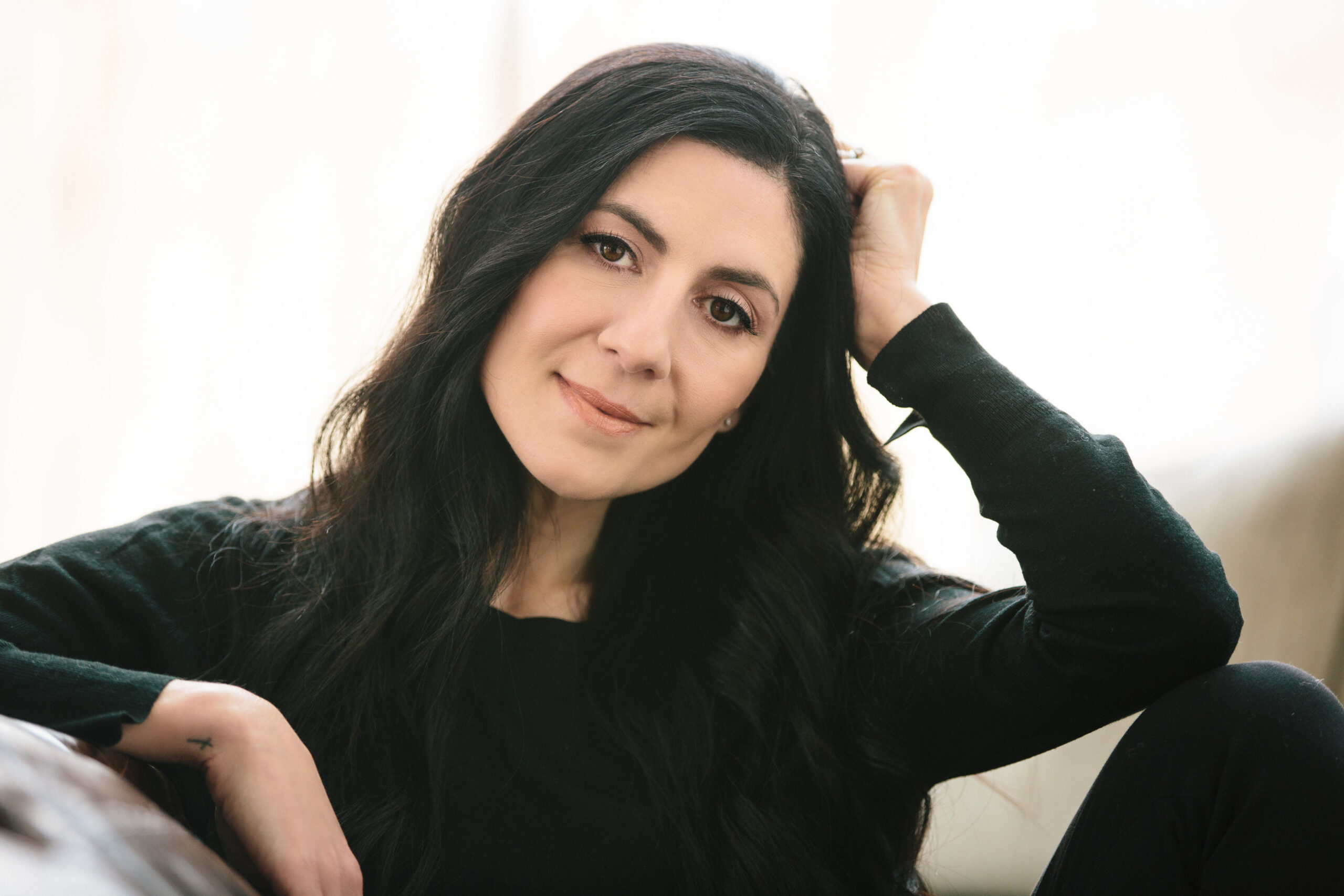 Seeing Ourselves As God Sees Us

For many years, I struggled to believe that God had made me beautiful. As I got older, I became increasingly uncomfortable with my changing body. I was an Italian girl growing up in Australia, where most of the girls were blonde and blue-eyed. For some reason, those features were prettier to me. I had thick, curly black hair that, when I let it out, made me look like a wild woman with unruly hair. Combing out those tangles was a nightmare. I used to stare at the mirror and tell myself how ugly I was and pull my hair out from the roots to punish myself.

I remember wishing someone would break my nose, so I would have an excuse to have a rhinoplasty. I was already feeling awkward in my preteen body, but to add insult to injury, my mum would often say, “Be careful not to eat too much; it will make you large and unattractive.” Wow! Just like that, Satan’s lie began to stain my mind. I vowed to never let myself get big, because I was convinced I would be unacceptable and unlovable if I did.

I believed Satan’s lie. He said if I could make the outside of my body perfect, then I would be acceptable to those around me. Preoccupied with how perfect my body needed to be, I became obsessed with what I ate and how I could reverse what I had just eaten. For years, I struggled with my body image. There were times I would be in conversation with people and look as if I were listening, when in fact, I was mentally calculating calories and planning a new strategy of starvation. The thinner I was, the more affirmation I received from those around me. I became addicted to the verbal affirmation about my outward appearance, which fueled the eating disorder that dictated my life. I was so starved for affirmation and validation that I starved my physical body to obtain what I thought would bring me joy. But it was exhausting and never brought me the security I was longing for.

Why do we try to reach an unattainable goal of outward perfection? Because somewhere along the way, we have bought into Satan’s lie that our bodies are flawed and that in order to be loved, we need to make our bodies look perfect. Plastic surgeons are laughing all the way to the bank because of this very lie. Many people are unhappy with their exterior and truly believe if they can look a certain way, then they will be fulfilled.

During those years I certainly was not happy with the way I looked. I had a long list of issues with how God made me. I thought my design was flawed and wondered why God made me unattractive and other girls beautiful. I was so focused on the exterior that I missed the fact that God had tailor-made me from the inside out—and that what He made was very good because He doesn’t make mistakes. 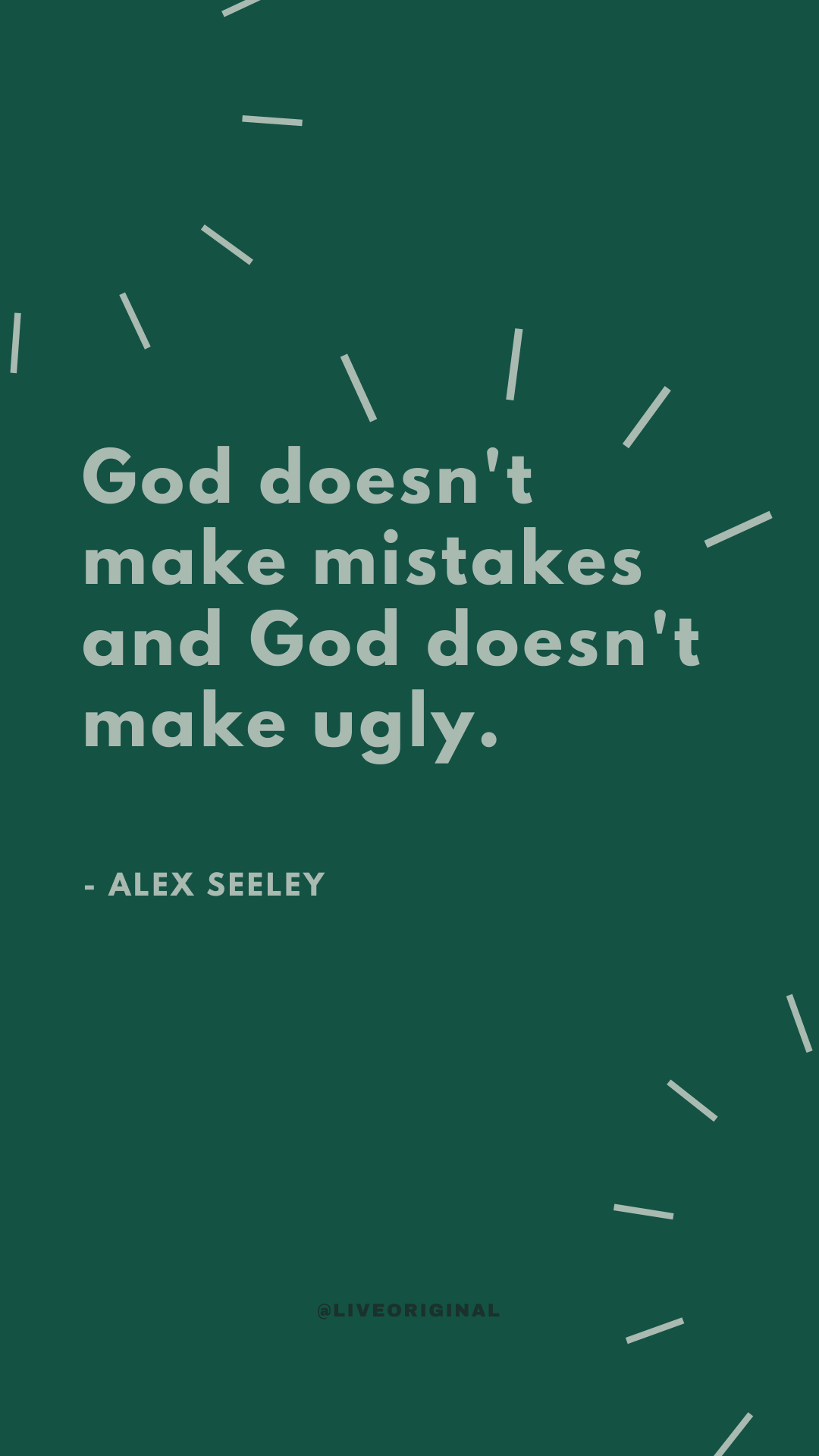 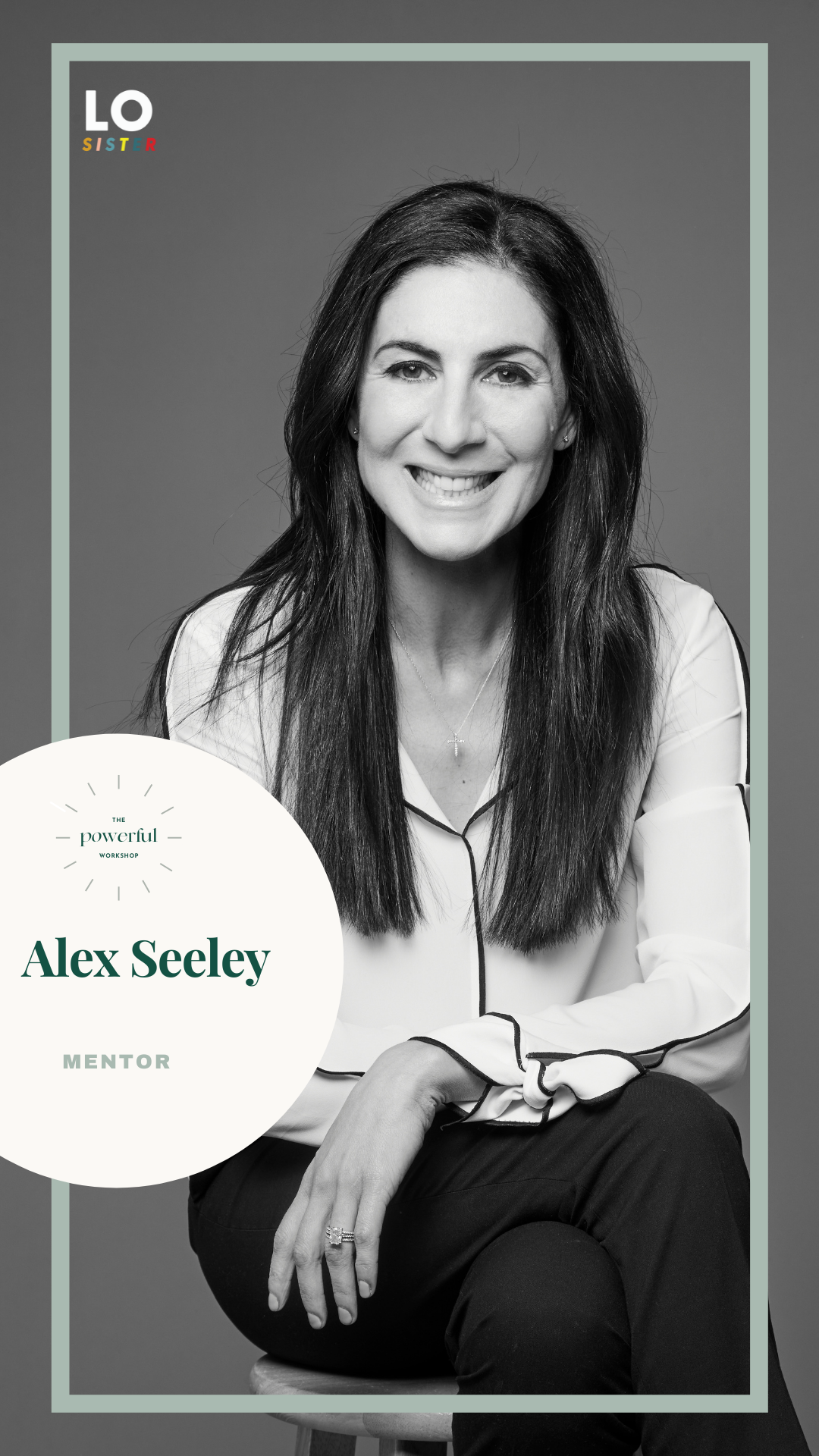 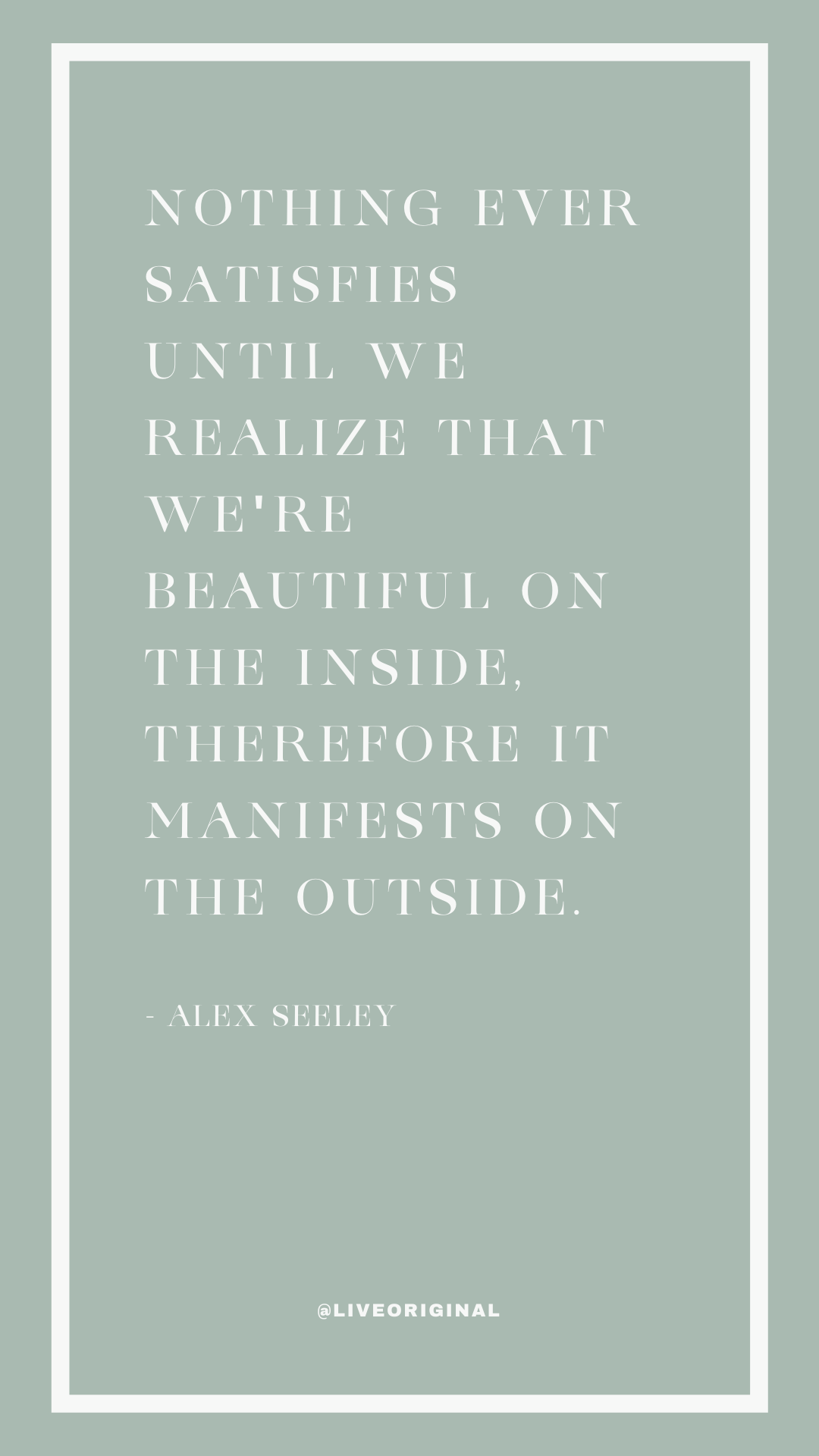 God designed me to be unique from the other girls, not to conform to the one- size-fits-all ideal that Satan tries to deceive us into thinking we must achieve. However, all I cared about was what I was supposed to look like according to what the girls in my classroom and the magazines said I should look like. It made perfect sense in my mind that if I somehow achieved physical beauty on the outside, then my life would automatically be beautiful on the inside and all my problems would dissolve.

What I didn’t realize while growing up was that I was broken and bruised on the inside—which was why I felt so ugly on the outside. Until I came to the realization that God needed to come into my heart and fix what was broken, I was continually chasing a false reality of outward perfection.

So, for years I struggled with rejection and body image issues. I rationalized and justified my behavior, unwilling to admit what was really going on. I hid behind lies and excuses for my eating disorder because I was afraid that if I shared the truth with anyone, they would reject and judge me. I couldn’t bear the possibility of being rejected again. I lived in constant turmoil. I tried in my own way to be free, but I couldn’t seem to gain freedom in the areas of body image and acceptance. I would stare at myself in the mirror, spewing words over myself: “You’re disgusting.” “You’re fat.” “How can anyone even stand to look at you?” On and on went the verbal abuse.

My heart was so wounded by the words that had been spoken over me as a child that I continually reinforced every word about how ugly I was. I put on a fantastic façade, one that could have earned me an Oscar. I convinced everyone around me that I was free when I really wasn’t.

It took me surrendering my whole heart to Jesus and allowing Him to come in and heal the most vulnerable places. Once I allowed Jesus to reveal the core wound and allow Him to heal it, I received healing in a place in my heart that I had not allowed anyone to visit. I realized if a God who is so big and powerful

took the time to be so detailed in creating me, then I have no excuse to be anything but glorious for Him—for I was fearfully and wonderfully made in His image. I discovered that I was good enough as me. It was as if I became a new person, but I was actually just discovering myself—finally. I had thrown out all the junk that had piled on top of who I was born to be. The clutter had been in the way, burying who I was.

I began to allow God’s voice to become the loudest voice in my heart. After many layers of healing, I had to go through the grieving process of all those years that felt wasted because of my insecurities. When I look back at photos of myself during that season, it’s astounding to see the difference between then and now. I look older and so very sad in those old pictures. I now love who I am and know that I was born to leave a mark that no one else but me can leave.

I can’t believe I used to feel so ugly; I can’t believe I allowed those feelings to skew my ability to trust deeply because I was afraid that those who came close could potentially hurt me. Then I began to see myself how God sees me. I allowed God to heal my heart. By yielding to Him, I entered the process of being transformed into a beautiful daughter who found her security and identity in belonging to my heavenly Father, which has helped me rise above all insecurity and fear.

This post was taken from our LO sister workshop: “The Powerful Workshop”! To learn more from Alex, Shelley Giglio, Bianca Olthoff, and more (all include video teaching from each contributor!), click HERE and join our community today!

Alex is a passionate communicator and teacher of the Word. Possessing a unique ability to reveal how the Word of God is applicable to our everyday lives, Alex shares openly about how the power of God has proven real in her own life. Known for her boldness and tenacity, you’ll love the way Jesus shines through her. Born and raised in Australia, Alex served as an Executive Pastor at a church in Melbourne for nearly 20 years.

Having relocated with her family to Nashville in 2012, Alex and her husband Henry, began to open their home on Tuesday nights. Their heart was for people to worship, encounter God and build genuine community in a city where people’s personal and spiritual lives often succumb to the transient nature of ‘life on the road’. By February 2014, their basement was filled to capacity and as a result The Belonging Co. church was born. The vision of the Belonging Co. is for people to experience Jesus in an authentic way that affects every area of their life. Encounter over entertainment, intimacy over industry and presence over presentation continues to be the mandate for the church.

As Senior Pastors of the Belonging Co., Alex and Henry call Nashville home where they live with their two children, Holly and Taylor.