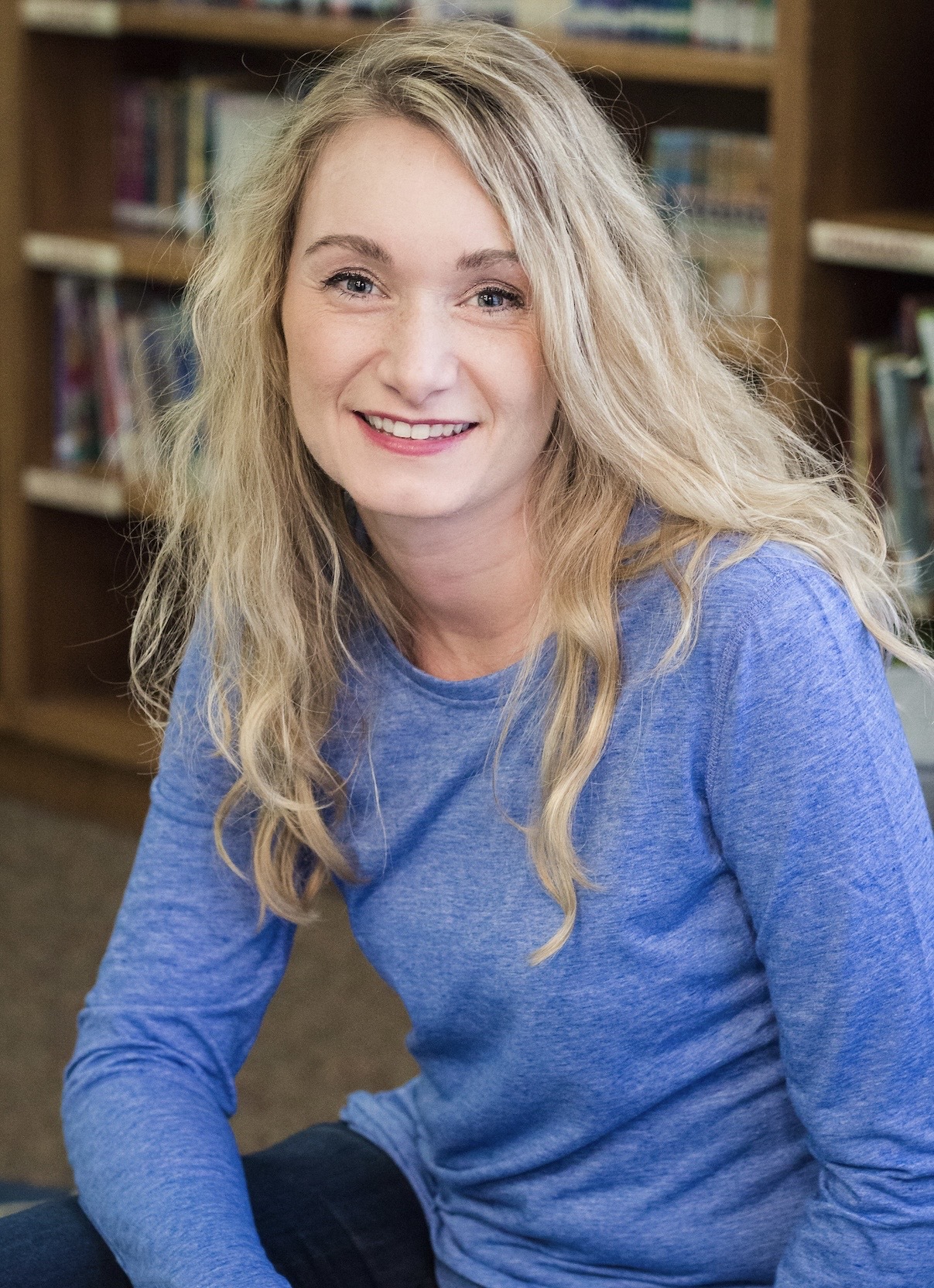 Male lions are magnificent animals. Weighing as much as five hundred pounds and reaching up to ten feet in length, they are truly impressive in appearance and strength. At their top speed, lions can run in bursts up to forty miles per hour and leap thirty-six feet.

But it is not just their incredible strength that sets them apart from other animals. Lions are uniquely family oriented. While other big cats tend to live solitary lives, lions are extremely sociable and live within family units called “prides.” Prides are the definition of community, with members living together and depending on each other for survival. The lionesses are in charge of raising the young and hunting while the male lion guards the borders of the family’s territory and provide protection from predators and competing male lions, who would kill the cubs.

Even in the darkest night, the defender of the family can secure their safety. His eyes have internal mirrors of sorts, which take the light and reflect it to maximize his eyesight and allow him to patrol day and night. With razor sharp teeth and massive claws, he is truly a terrifying defender of his family.

And he is always close at hand. The roar of a lion can carry up to five miles. It’s an intimidating sound but one that brings comfort and reassurance to the pride.

God has chosen this metaphor for himself along with the name of Judah. Judah, the brave intercessor in Genesis 44, offers to take the punishment in place of his brother, Benjamin, on account of his love for his father. How absolutely fitting: our Savior is the mighty lion who courageously fought to keep us, his family, safe.

This is the name of Jesus that most brings me comfort when I am anxious and afraid. Afraid of other people, afraid of circumstances I can’t control in my life, afraid of something happening to me or my family, afraid the internal darkness I wrestle with will overwhelm me, afraid of all of the unknowns in my future. And research shows that fear gains ground when we feel a sense of powerlessness. The less power we feel over a situation, the more intense our fears become. Can you relate?

Each of us faces specific internal fears that maybe others do not face. For me, perfectionism is a continual battle: the feeling that I am never good enough. It is the fear that I can’t do things well enough or that I simply can’t be enough. This nightmare came true when I worked for a woman who was particularly difficult to please. She had no tolerance for errors. If I stepped away from my desk, I would return to find notes and printouts showing things I had done wrong, wanting explanations for my errors, and demanding discussions on how to avoid mistakes in the future. If I had a question, it was typical for her to refuse to answer. She wanted me to figure it out for myself. I remember being so afraid each day of making a mistake, not sure what to do if I needed help. 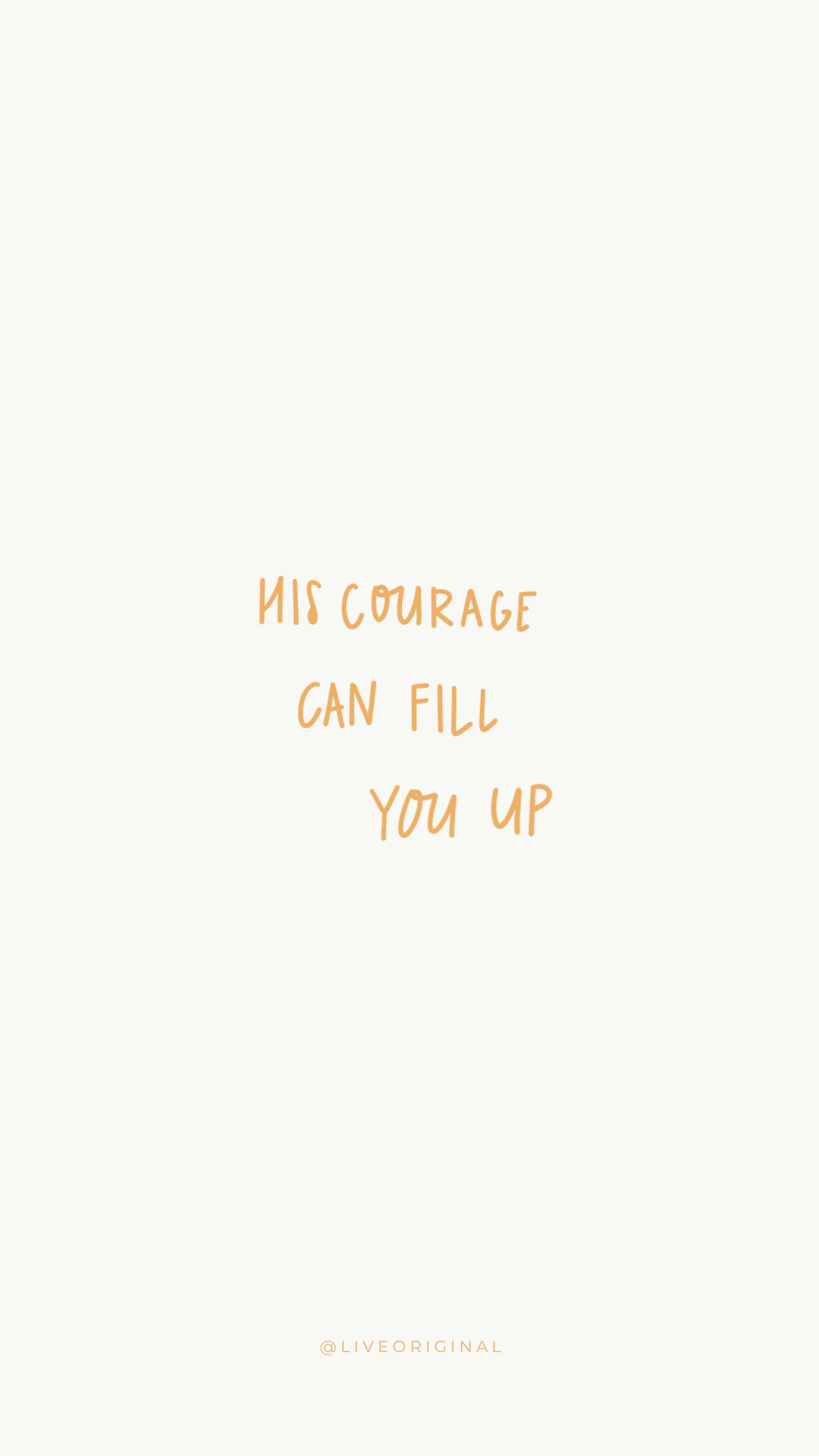 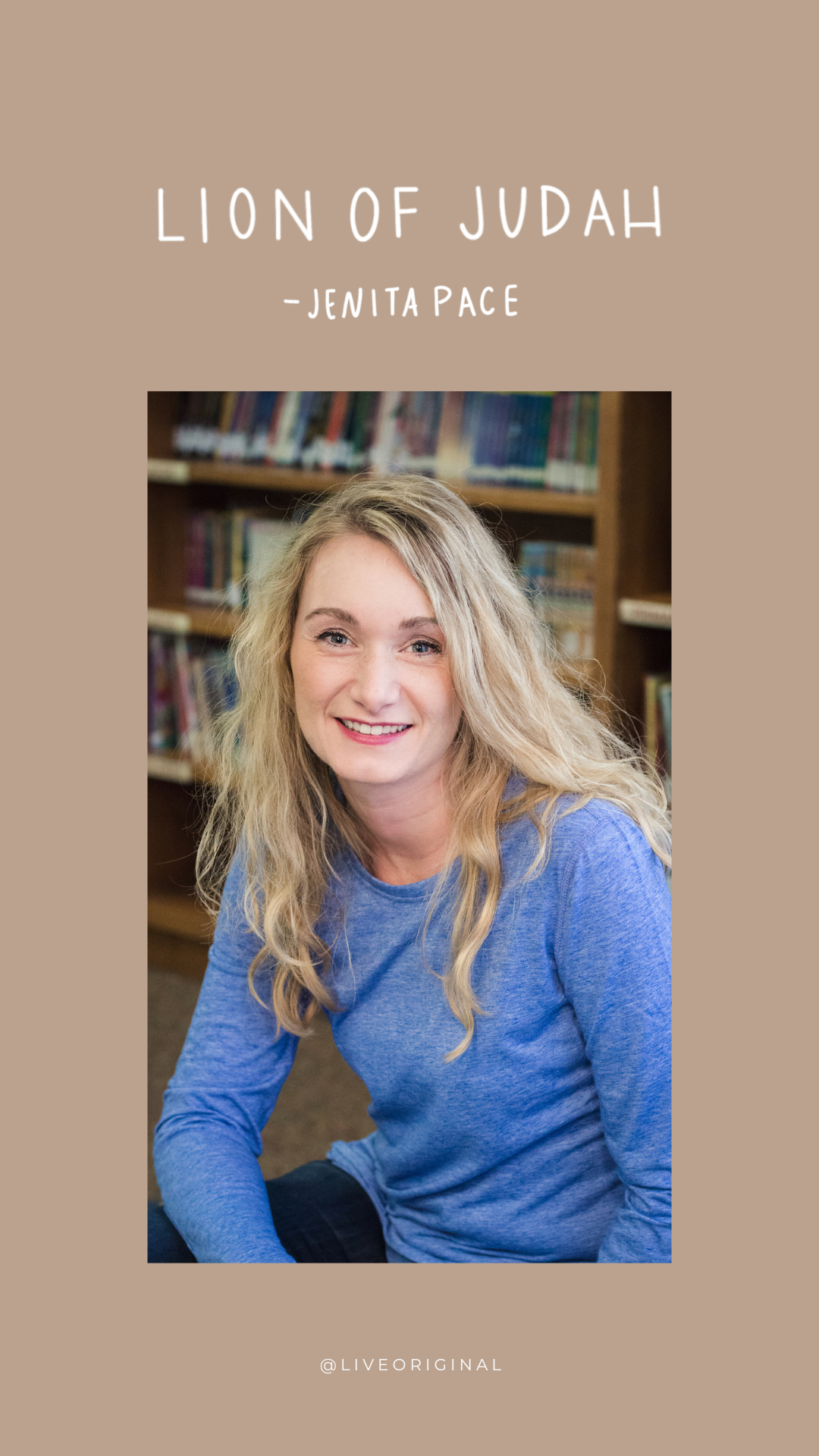 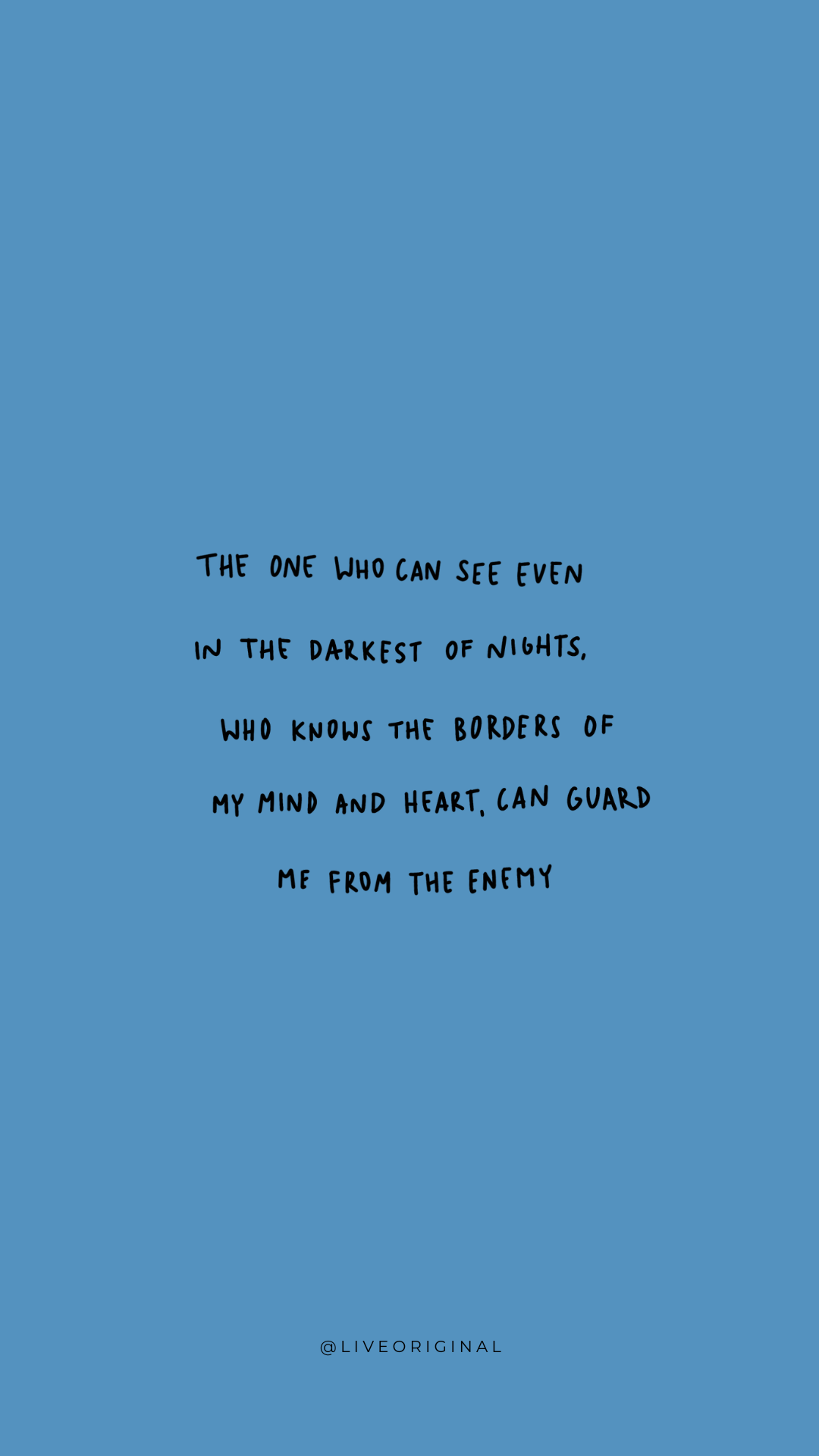 The situation grew more tense when I suddenly had a seizure and had to go on epilepsy medication, which made it difficult to focus. My supervisor was not shy about making it clear that she was working to develop a case to let me go. She would ask me to print out any mistakes I made and to deliver them to her office so she could file them in a drawer while I watched. It was a perfectionist’s nightmare.

I was able to get a new job in which I thrived. However, I noticed that I now had more anxiety and doubts about myself and my abilities. The anxiety surfaced every time I started a project, had to collaborate with others, took a leadership role, or started working with a new client.

Years later, I was participating in a training program to learn a therapeutic intervention called Eye Movement Desensitization Reprocessing (EMDR). EMDR is an excellent tool for someone plagued by a fear that is holding their mental health hostage. The process begins by having the participant return to a core memory when that fear was most realized. I know the fear of failure holds a lot of power in my life, so I decided to focus on overcoming that challenge. As the process began, my mind brought me back to a moment at my job when I had in my hand a printout of an error I had made. My supervisor took the printout from me, walked to her desk, and filed it in a drawer.

As I processed that memory, which had filled me with fear, failure, and disappointment, it began to shift. I suddenly saw a lion standing between the supervisor and me. He was huge and calm. He looked not at her but instead kept his kind, focused eyes on me. And he had purposely placed his body directly between her and me.

In that moment, instead of seeing myself as powerless, I realized the Lion of Judah protected me. I had not been alone. I falsely assumed that my supervisor had the power to change the course of my life, but the truth was that God was in the position of power over every aspect of that experience. He knew that I would leave that position and that I was on the road to becoming a therapist. He never wanted my supervisor’s evaluation of me to become my lifelong evaluation of myself.

I still struggle at times with fears of failure. Perfectionism is a particular fear that can uniquely fuel depression, and it is gaining momentum in society. It can be difficult to pinpoint because sometimes it gets confused with having high standards. High standards aren’t harmful, but if you are intensely afraid of not being the best or of not doing well and your identity is tied to your success, let the Lion of Judah drive those feelings from your mind!

Other fears have presented themselves to me: some of them physical dangers, financial challenges, emotional hardships, and mental struggles. The intensity of my fear can feel extremely overwhelming. The pressure intensifies when I feel powerless, and sometimes the amount of control I have is limited.

But then I turn and see this great Lion of Judah: the One who can see even in the darkest of nights, who knows the borders of my mind and my heart and can guard me from the enemy. His courage can fill me up, live within me, and shine through me. He can do that for you too.

Bring It To Life

Our Lion of Judah, the protector of my mental and emotional borders, please guard my mind and heart and spirit today. Keep them safe from the things that hunt me, whether something emotional, mental, or physical. Jesus, I know you long to rescue each of us, to keep us safe from the dangers of this world. Please, I pray that whatever my deepest fear is right now, confront it and bring me to a place where I really feel your protection in my heart. Lion of Judah, in my memories, show me of times when you were there, guarding me in ways I didn’t even know.

Taken from THE HEALING NAMES OF JESUS: FIND FREEDOM FROM DEPRESSION AND ANXIETY. Copyright © 2021 by Jenita Pace. Published by BroadStreet Publishing® Group, LLC.

Jenita Pace is a pastor’s wife and licensed professional counselor (LPC) in the state of Minnesota, and a member of the National Board of Certified Counselors helping people who battle depression after overcoming her own battle, and now runs a private practice in Minnesota. She is also an adjunct professor at Northwestern University. Find her on Twitter @threeriverspace, on Instagram @jenitapace, and visit her website at threeriversmn.com.