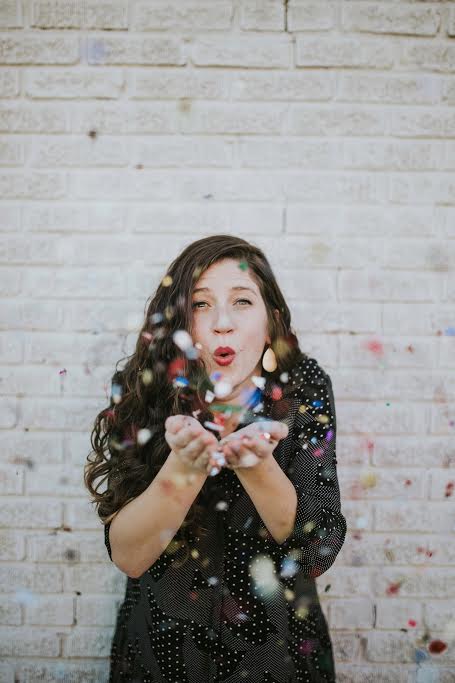 You know what weirds me out? The word “body.” You know what is weirder? When a church person is assigned to talk to you about “bodies,” and then I basically become the human form of that green about-to-barf emoji. But our bodies are pretty important, most notably because we live in them 24/7, and also because we are obsessed with them.

Have you noticed how girls are obsessed with their bodies? My sister once spent 10 minutes complaining about her elbow dimple, and I would totally judge her for that except that I have always felt strongly that my knees look like potatoes, and I am not a fan of knee potatoes.

While I’m on a roll, here’s what the Bible says about your body: “Don’t you realize that your body is the temple of the Holy Spirit, who lives in you and was given to you by God? You do not belong to yourself. God bought you with a high price. So you must honor God with your body” 1 Corinthians 6:19-20.

Your body is a temple. And that’s a weird, churchy thing to say about a body. But before we go there, look at the second half of that verse. It says, “You do not belong to yourself. God bought you with a high price.”

A high price? The highest price! The searing physical pain of a whip, of nails in the hands and feet, of having to push through the pierce of the nail just to get a breath. The searing emotional pain of enduring cutting insults and hatred of the very ones who used to support Him, the faces He created spitting in His, the abandonment of His closest friends in His darkest hour. The searing spiritual pain of God turning away from His Son, unable to look at Him as He bore the sin of the world.

This is the price He paid. It’s not just a story we tell at Easter. It was an actual event, a literal human sacrifice, gruesome and dark and horrible. It’s your greatest pain combined with your greatest hurt with your greatest guilt, added together and multiplied. Knowing it was imminent, Jesus literally sweat blood, which we now know is evidence of extreme anxiety, and yet He chose it for our sake. He paid the price to conquer the dark sin that kept us from a relationship with God. “Greater love has no one than this, that someone lay down his life for his friends” John 15:13.

So back to the temple thing. Remember when Jesus was so enraged that he knocked over a bunch of tables? He went ballistic, and it’s best envisioned if you picture Him doing it in your church lobby: “Jesus went straight to the Temple and threw out everyone who had set up shop, buying and selling. He kicked over the tables of loan sharks and the stalls of dove merchants. He quoted this text: My house was designated a house of prayer; You have made it a hangout for thieves” Matthew 21:12-14 [MSG].

People were abusing the temple—they were using it selfishly for their own gain and cheapening the value of the temple. We don’t use the word temple much, but it’s basically a church building, except that the spirit of God actually dwelled in the temple, and only the high priest was granted admittance to the holy of holies. It was a truly sacred place. The moment Jesus died on the cross, the veil that separated the holy of holies from the rest of the building was symbolically ripped in half, demonstrating that no longer would a veil separate us from the presence of God—Jesus made a way for the presence of God to dwell in us. The new temple.

So, precious girl, don’t you realize? “Don’t you realize that your body is the temple of the Holy Spirit, who lives in you and was given to you by God? You do not belong to yourself. God bought you with a high price. So you must honor God with your body” 1 Corinthians 6:19-20.

If Jesus had that much aggression towards the mistreatment of a temple building, how much more indignant must be when we mistreat the temple body? Certainly He is forgiveness and grace personified, but to understand the depth of His forgiveness and grace, we often need to take a brave, painful look at our offenses: How horrified do you think Jesus is when we selfishly use the temple for our own gain, cheapening the temple? When we extort the temple for Instagram likes and fire emojis, for the affection of a boyfriend, to help silence our shouting insecurities? I think this is a true statement: Jesus is a psycho for purity. It’s not because He wants a bunch of good girls. That’s boring. It’s because He paid the ultimate price to save us. You don’t pay that kind of price for things that aren’t precious beyond description.

You are precious beyond description.

Here’s a hard truth: We were bought with a price but often don’t care enough to act like it. That’s why we have to remind ourselves daily of the price of our rescue, of the preciousness of our Savior, of the sacredness of the temple. When you encounter a love willing to endure nails piercing through flesh, you’re bound to be changed, and the change ripples across our entire lives, influencing our social media choices, our texts, our Friday nights, our closets, and our thoughts about our potato knees and elbow dimples. We knock over the tables that threaten the sacred, set-apart-ness of the temple, and protect it valiantly. Not because we care about being good—anyone else so over that?—but because we care about being with God.