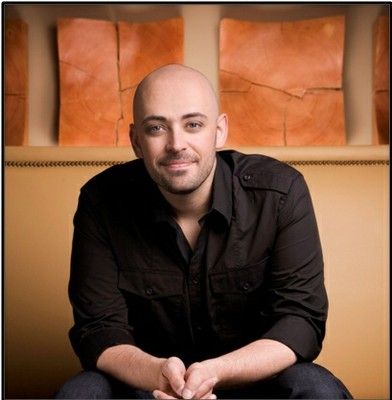 How God Blesses and Uses Our Imperfection

I’m backstage on the set of American Idol, and I am absolutely terrified. Tens of millions will be watching tonight’s live show, and my nerves are shot. Simply breathing is difficult. I’m sweating, and my legs are trembling.

I softly sing a Rich Mullins classic—“Hold me Jesus, ’cause I’m shaking like a leaf.”

In a few minutes I will be escorted to the Idol stage to perform. While I’m waiting I wonder, Why in the world have I gotten myself into this? All my dreams are right in front of me, but one misstep could cost me everything.

The pressure has been building steadily, to the point where I’m having borderline panic attacks before each show. It’s been this way for a few weeks now, and it’s not getting any better. Finally, the most wonderful woman in the world decides she’s seen enough. My wife looks at me with all the love she can muster. The conversation goes something like this:

“Phil, you need to know that this is pride,” Kendra says. “It’s eating away at you, and you need to get rid of it or it will destroy you.”

I’m perplexed. “If this were pride,” I reply, “I’d have at least some measure of confidence. What you’re seeing right now is humility!”

“No, Phil. This is you being worried about how you come across on television because you want everyone to think you’re good. But this isn’t about you. There were thousands of auditions this year, and most of them were good. But those other singers aren’t here. You are. And I imagine the only way that’s possible is because God has prepared a way for you to be here. “Seems to me that He has a purpose in all this. Seems to me that it’s in His hands. My life was in the hands of a loving heavenly Father who was fully capable of giving me supernatural singing abilities if He chose to do so. He was also capable of extending my run for no other reason than to use my Idol experience for His glory.

I know that He did use me. I received countless messages from Idol fans telling me how one performance or another moved them in some way. But my favorite message had very little to do with me. The woman who wrote to me was a Navy wife. She and her husband were on the brink of divorce, and one of the few times the two of them were in the same room together, they were watching American Idol. Since I was also in the Navy at the time, she was rooting for me. Unfortunately, this particular episode was not one of my best moments. It was actually quite terrible. She recalled how Simon Cowell was dumbfounded by my whole performance.

That’s when an Idol camera focused on a woman in the audience. Kendra has a beautiful smile, and apparently she was beaming as she made eye contact with me from the crowd. The image cut back to me, but I wasn’t looking at Simon while he delivered his critique. Instead, I was staring right at Kendra, which brought a smile to my face as well.

The Navy wife described feeling an overwhelming presence of love. She began to cry. Later that night, having looked me up online, she discovered I was a part-time worship leader. Strangely, it was her husband who first commented on the connection they’d witnessed between Kendra and me that night. That special connection, she told her husband, was because we had put God first in our relationship.

After a conversation about how badly they both wanted their marriage to work, the couple made the decision to look for a Christian counselor and give their marriage one more try. She told me that they had both committed their lives to Christ and had started attending a church close to their home.

She said their marriage was reborn as they actively pursued a love built not on selfishness but on a foundation of faith. At the time I was probably more concerned about my lackluster singing, but God had done something special with that couple.

God can create beauty from ashes, whether it’s a poor performance on American Idol or a rough few years in a dying marriage. He can work all things together for our good.

Her message moved me immensely. Even when I’m at my worst, God is still able to use me! How liberating is that? It takes the pressure of a perfect performance off of my shoulders.

My purpose isn’t to entertain people or somehow manipulate them through the power of my vocal prowess. It’s to bring glory to God. I’m not a singer. I’m a worshiper. When I place what little I have in God’s hands, He takes it, blesses it, and uses it far beyond my wildest expectations.

Taken from Made to Worship by Phil Stacey. Copyright © 2022. Used by permission of Focus on the Family. All rights reserved. Represented by Tyndale House Publishers, a Division of Tyndale House Ministries.

Spread the love
Testimonies No Comments