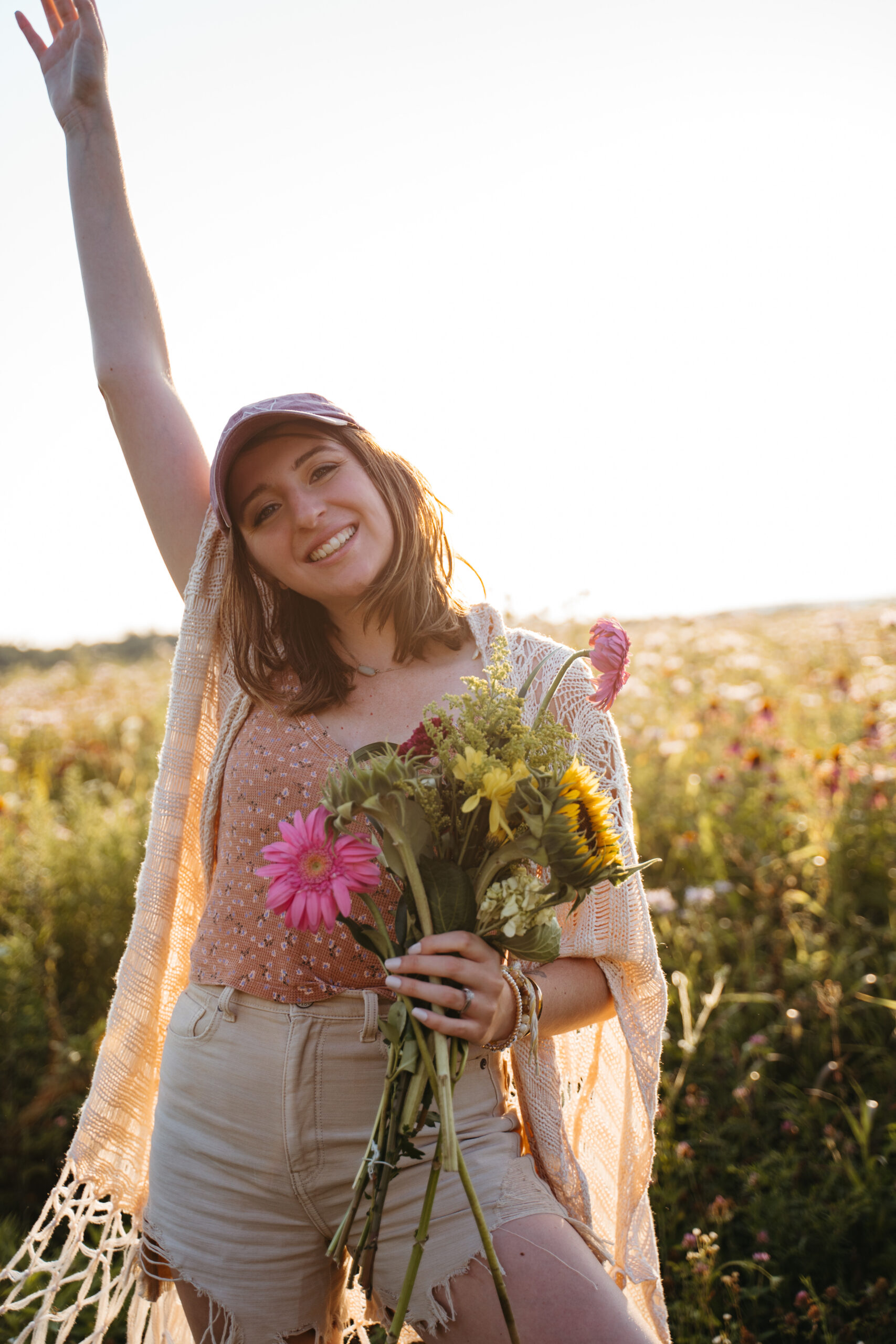 Have you ever been in a situation where you felt like you had no idea how to deal with it. You searched your brain with solutions of how to solve it and found no good solution?

There are so many scriptures in the bible that point back to this comforting and empowering truth that God won. He won today, he wins tomorrow and he will be winning for eternity. The other night while I was studying scripture God brought me to psalms 46 and reminded me how near he is and how I do not need to fight my battles but need only to surrender them and trust that he has already won the battle. Have you ever been in a situation where you felt like you had no idea how to deal with it but you searched your brain with solutions of how to solve it. Maybe if you say this or act one way or maybe if this happens everything will be fixed? It’s so easy to default to that. To default to just thinking through a million situations and cyphering through to find one that seems like it might work.

It’s similar to if you got a really bad cut that you need a doctor to take care of it but instead of going to get stitches you just stick a band aid on top and hope it stops the bleeding. When in actuality the band-aid is only a temporary mend and you have to seek out a Dr. who can mend your wound, by first cleaning it and then stitch it up to stop the bleeding and watch over the progress as it heals. That’s how it is when we are in a situation that’s hard and instead of turning to God we just rely on ourselves and try to make sense of our own understanding. Only to realize it is not healing the wound and the cut just gets deeper and deeper and the pain just gets worse.

You see God is the best healer, the most comfort we could ever find is in Him alone. The best medicine is in God. The only one who can truly mend us is the lord. So, when we are hurting and broken and rely on ourselves it’s just going to lead to disaster and we will bleed out but if we turn to God and give it over to him he will mend the broken and heal our broken hearts.

One of the most assuring and empowering verses I have ever studied is psalms 46 where God tells us to stop fighting. To stop fighting because he already won and literally crushed shots that were attempted to be fired. When we give our hurts and pains over to God he tells us to stop fighting because he already won. That doesn’t mean our job is done but it just means the worry and weight of it is not ours to bear. You see our responsibility is how we act in a situation and what we do and how we honor God but not the situation itself because God is the one in control and if we try to find solutions in our self or our own wisdom, that’s when things go haywire and get a little crazy. Our responsibility after we stop fighting and start surrendering to God is to, respond how He calls us to and reflect Christ .

In Psalm 46, reading that very first line and knowing God is our refuge and our strength and a helper who is found in times of trouble is such a comforting thing …possible the most comforting thing. God is our refuge, our safe place that we can confidently run to and know that we will find his strength that will get us through and sustain us. We know that he is a helper who is found in times of trouble. When things seem rocky and hard it can feel like no one is there or able to help us overcome the situation, but this verse is literally telling us God is our helper when we are in trouble, he doesn’t run away but stays close beside us. 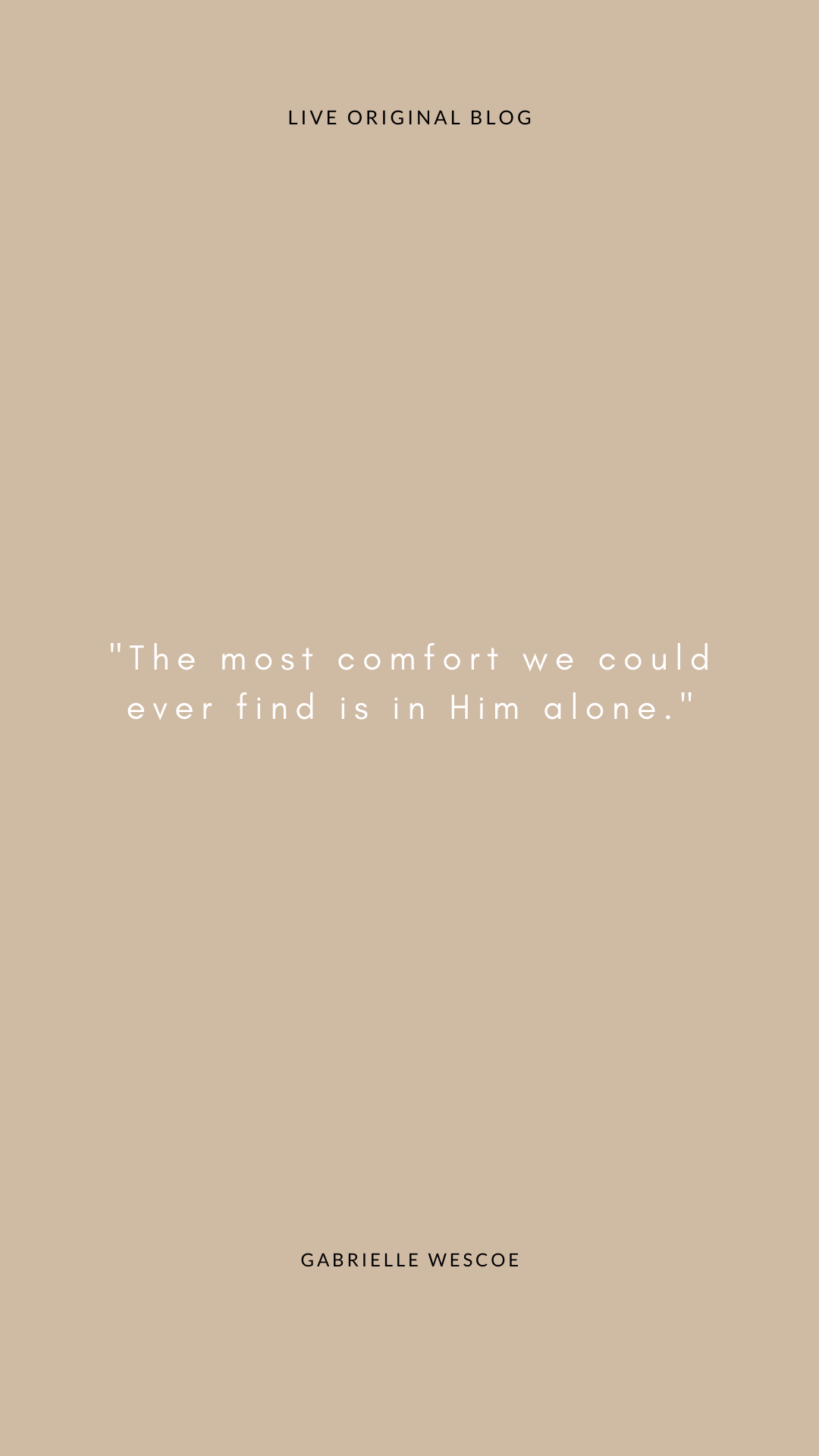 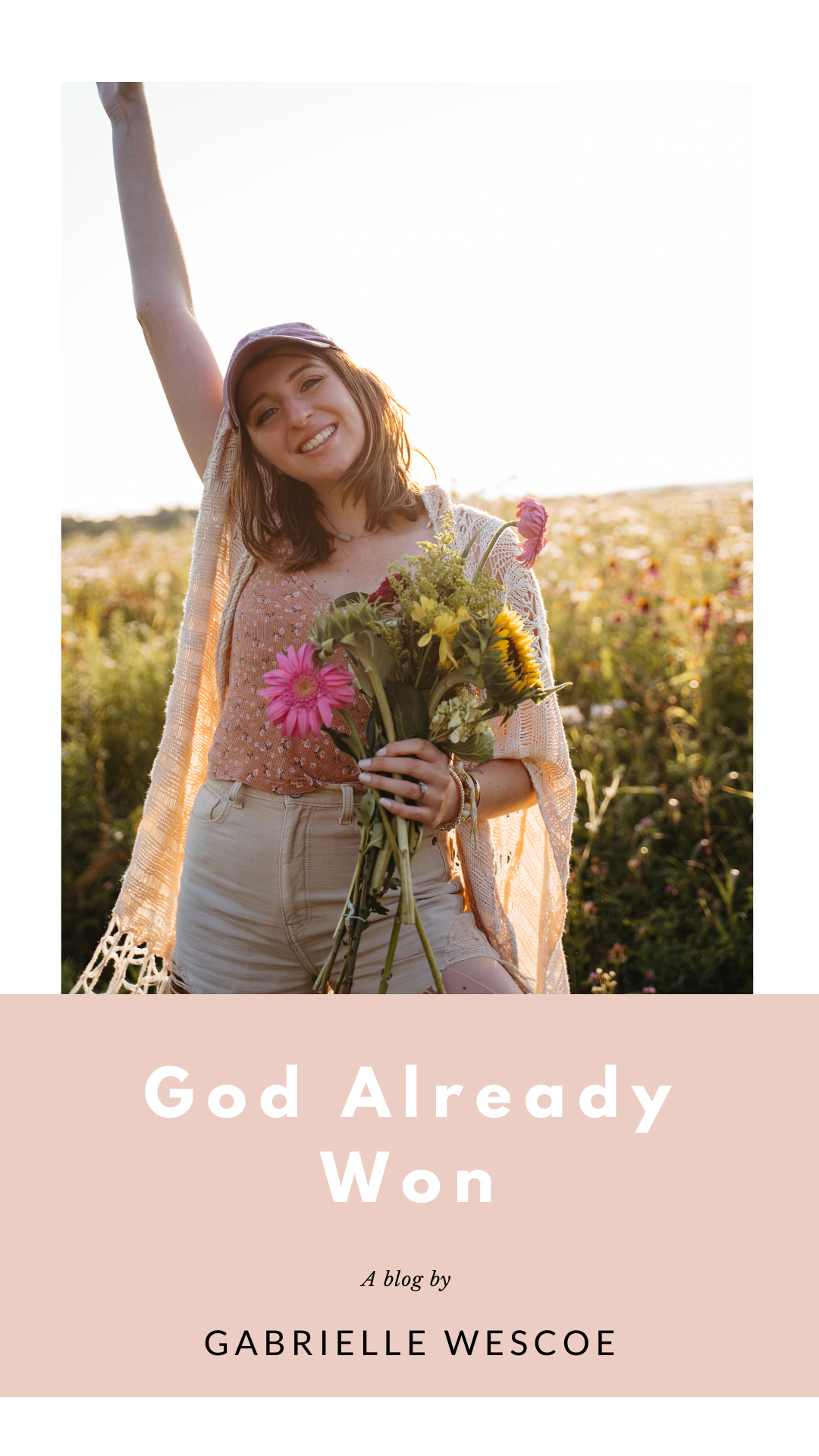 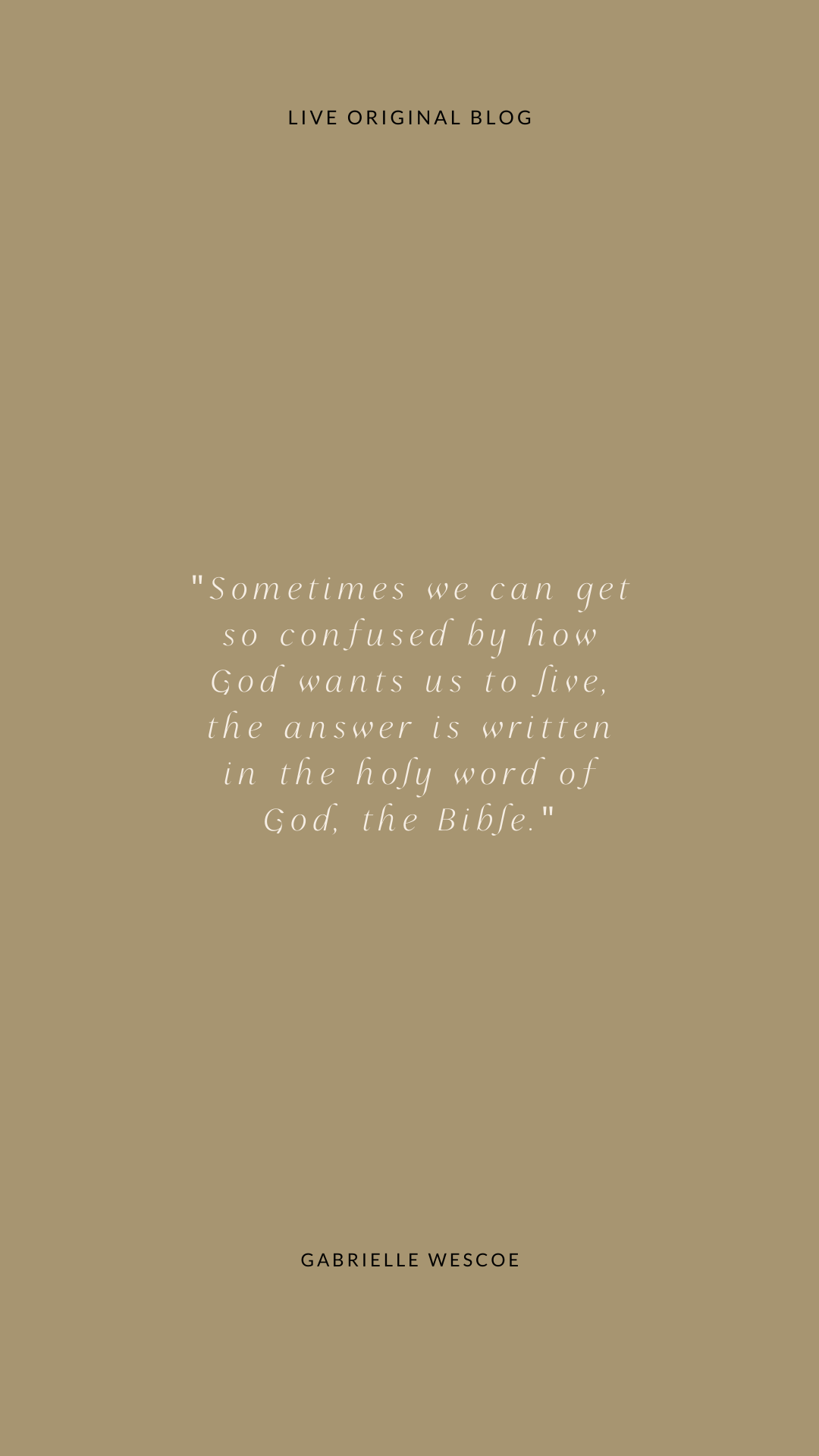 Reading this verse I just pictured myself in a battlefield, an intense fight, with full army gear, in the middle of a war zone. I picture this soldier version of  in the middle of an active attack, needing to find a refuge to run and rest in so I look all over for a safe spot. As I start out running to find shelter my legs grow weary and tired from wearing all the gear and fighting. They can’t carry on because I need the strength to keep going. When you get to the refuge because they were supplied  the strength to carry on they need help to heal a wound because they got hit with a bullet in the midst of the battle field.

God is the shelter you run to, he is there with open arms guiding you to him and in his presence, God is your strength that keeps you going when you can’t carry on he has and will fill you with His spirit to give you his strength to rely on and he is a helper to help heal and mend the most painful parts of whatever you just walked through. God is so good, he is so faithful.

Psalms 46 goes on to tell us that we do not have to be afraid of anything on this earth because in the city of God a river waits in the holy dwelling place. The earth is going to have pains, the earth is going to fall. The earth is going to have disasters. In the midst of it all, God is saying hey guys, DO NOT HAVE FEAR. Do not be afraid when the earth around you trembles because you have heaven to look forward to, you have peaceful rivers that will not rage and will not topple to look forward to. So do not be scared by the trembling of this world but pray about being filled with excitement and hope in Christ. In verse 7 of Psalms 46 we are told the God of Jacob is our stronghold.

God is our place that is fortified and can not go under attack. Nothing is going to get to him or surprise him or hurt him. God is in control and he is bullet proof, he is our refuge that can’t come under attack. Nothing can come at him. The enemy can’t and won’t. The enemy has already lost to him. Demons literally flee at the name of Jesus and shutter, demons are so scared of the power of God they flee at the mention of the name of Jesus.
God is a fortified fortress for us to run to, he is safe and impenetrable.

In vs 10 we are told to stop fighting. To stop fighting because God is exalted among all nations. We need to humble ourselves and know that no battle can be successfully faced without him. We can go to battle without him, relying on our own strength but if we aren’t for God and living for him, honoring his will we are destined to lose.

If we can run to God first and just stop fighting and start surrendering  and following his commandments that’s what he truly hopes for us. Sometimes we can get so confused by how God wants us to live, the answer is written in the holy word of God, the Bible. This is a question we get so hung up on. We try to seek the answer in so many ways. We seek others opinions, we google it, we watch sermons but the truth is how God wants us to live is so clearly written out in the bible. In Colossians 3 verse 12-17 we are told to clothe ourselves compassion, kindness, humility, meekness, and patience. We are told to live in harmony and forgive and we are told to let the peace of Christ rule in our hearts to be thankful. Let the word of Christ dwell in you richly. And whatever we do, do everything in the name of the Lord Jesus, giving thanks to God. We are told to clothe ourselves with compassion.

I hope that today you have peace and hope in knowing that God already won. The battle is not ours to fight but, carrying out the calling of how Christ calls us is our responsibility if we want to live for Jesus. Be encouraged that the truth is found in Gods holy word, that nothing is unseen or unknown to him. Be encouraged to go forward with the Hope of Christ.