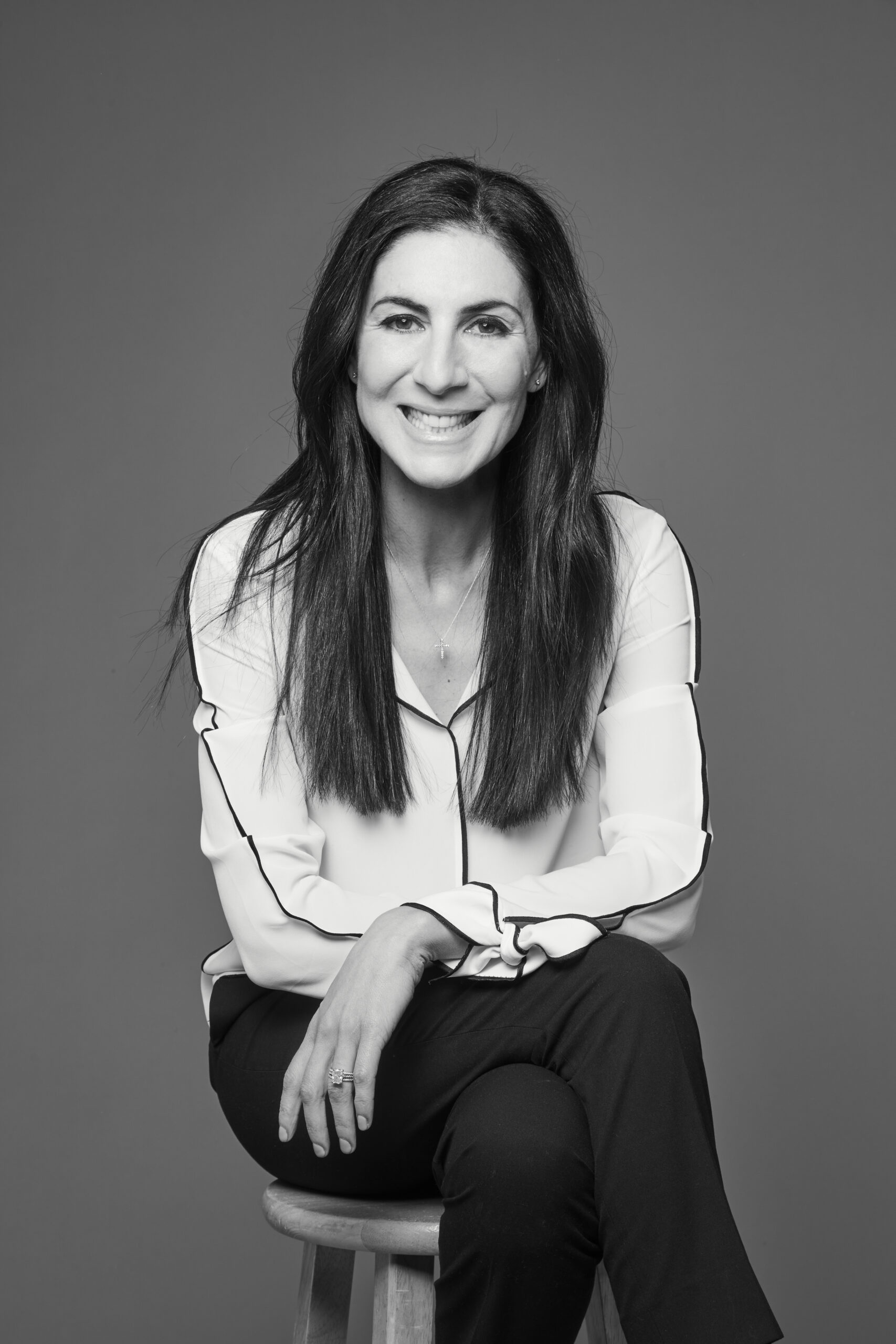 Before I found freedom through forgiveness, I was often consumed with the heartache of what was happening at home. Our family issues seemed to get worse every year instead of better. We lived from one crisis to another. One night, while I was at home writing a paper and trying to study, I was overwhelmed with sadness from all the issues that kept piling up. I fell on my knees and pleaded with the Lord to fix my family and to make everything normal in my home. I was so sick of the fighting and the turbulence.

I was tired of the family dinner nights that turned into verbal boxing matches. I hated how sad my parents were all the time, which affected the atmosphere of our house. I was the only child still living at home at this time, yet it felt as if everyone’s problems still lived with us. My parents were so preoccupied with my brothers that I didn’t want to upset them or bother them with anything else, because it wouldn’t have ended well for me. I had no one to talk to and felt very alone in my house.

I mentioned in the first chapter that the word special was spoken over my life as a newborn, but that word felt like a mockery to me. It seemed that this word would follow me all the days of my life repeating itself over and over, yet I could not accept the word as applicable to me. I was not special. I was unplanned. My family was far from special, so why on earth would people say that I was special? It was as if I had some sort of muffler on my ears that blocked me from receiving the word. The Enemy had distorted my understanding of who I was. The Lord was trying to tell me something, but I wasn’t listening—until the night I cried out to God and asked Him: “Why was I born? Why put me in this situation when I wasn’t even wanted?”

I blamed God for everything I was going through. Even though I was a Christian—and studying to be a minister— deep down, I felt hopeless and did not want to live anymore. I lay on the floor and wept bitterly, wondering if I would ever amount to anything in my life. I had made so many mistakes, I had no idea who I was and why I was here; I felt aimless. I was studying to become a minister, but I felt like a fraud. I was trying to do all the right things because I thought maybe if I earned the title of pastor and had a title on my door, then I would finally feel as though I had a purpose and people would affirm and respect me. Maybe if I could help someone else’s problems, then doing so would diminish my own.

At that moment of desperation, I knew I needed an answer from God. The Bible says, “You will seek me and find me when you seek me with all your heart” (Jeremiah 29:13). I began seeking God because He was my only option. I opened the Bible and read this passage of Scripture as tears rolled down my cheeks.

“For you created my inmost being; you knit me together in my mother’s womb. I praise you because I am fearfully and wonderfully made; your works are wonderful, I know that full well. My frame was not hidden from you when I was made in the secret place, when I was woven together in the depths of the earth. Your eyes saw my unformed body; all the days ordained for me were written in your book before one of them came to be.” (Psalm 139:13–16) 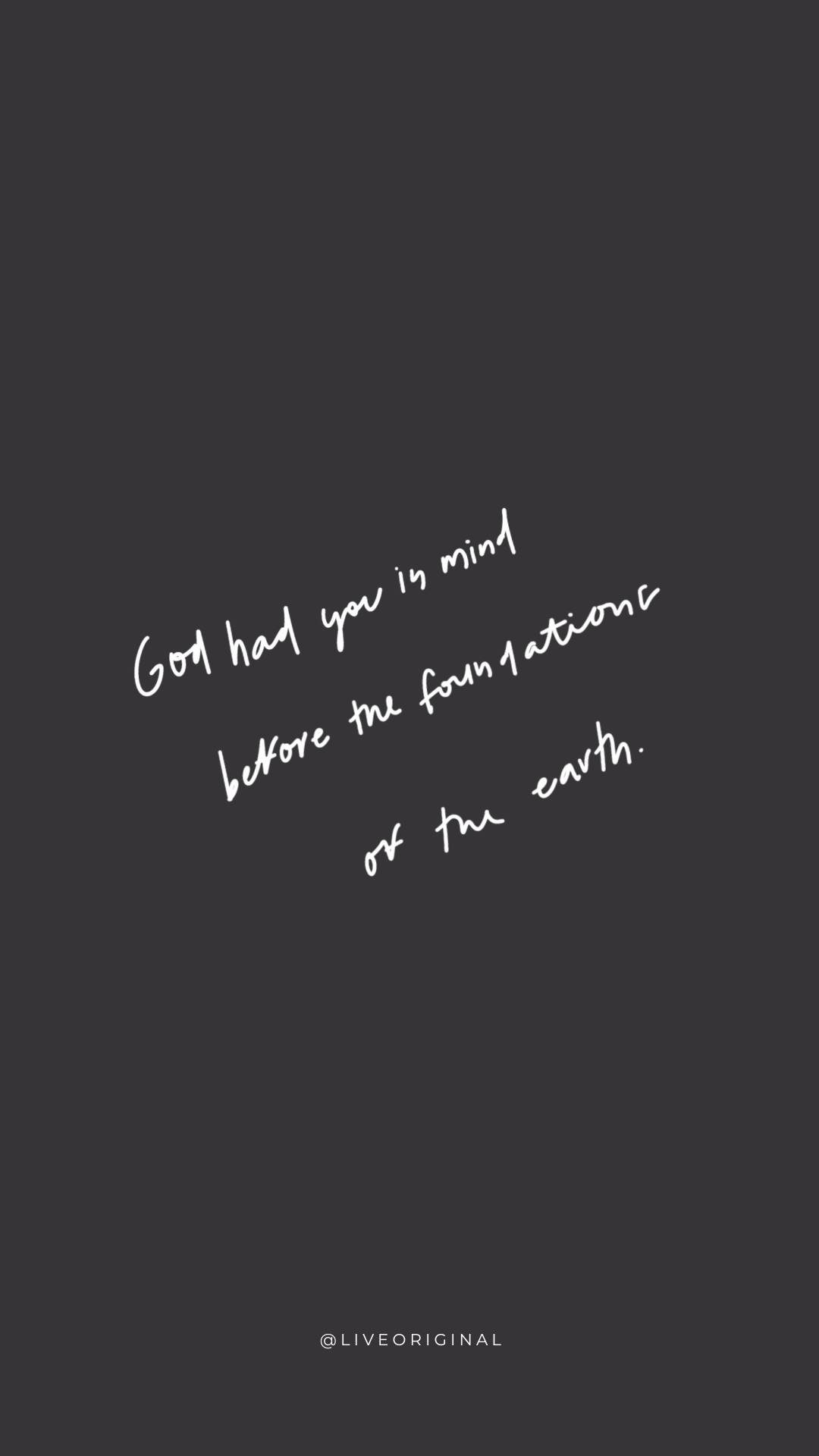 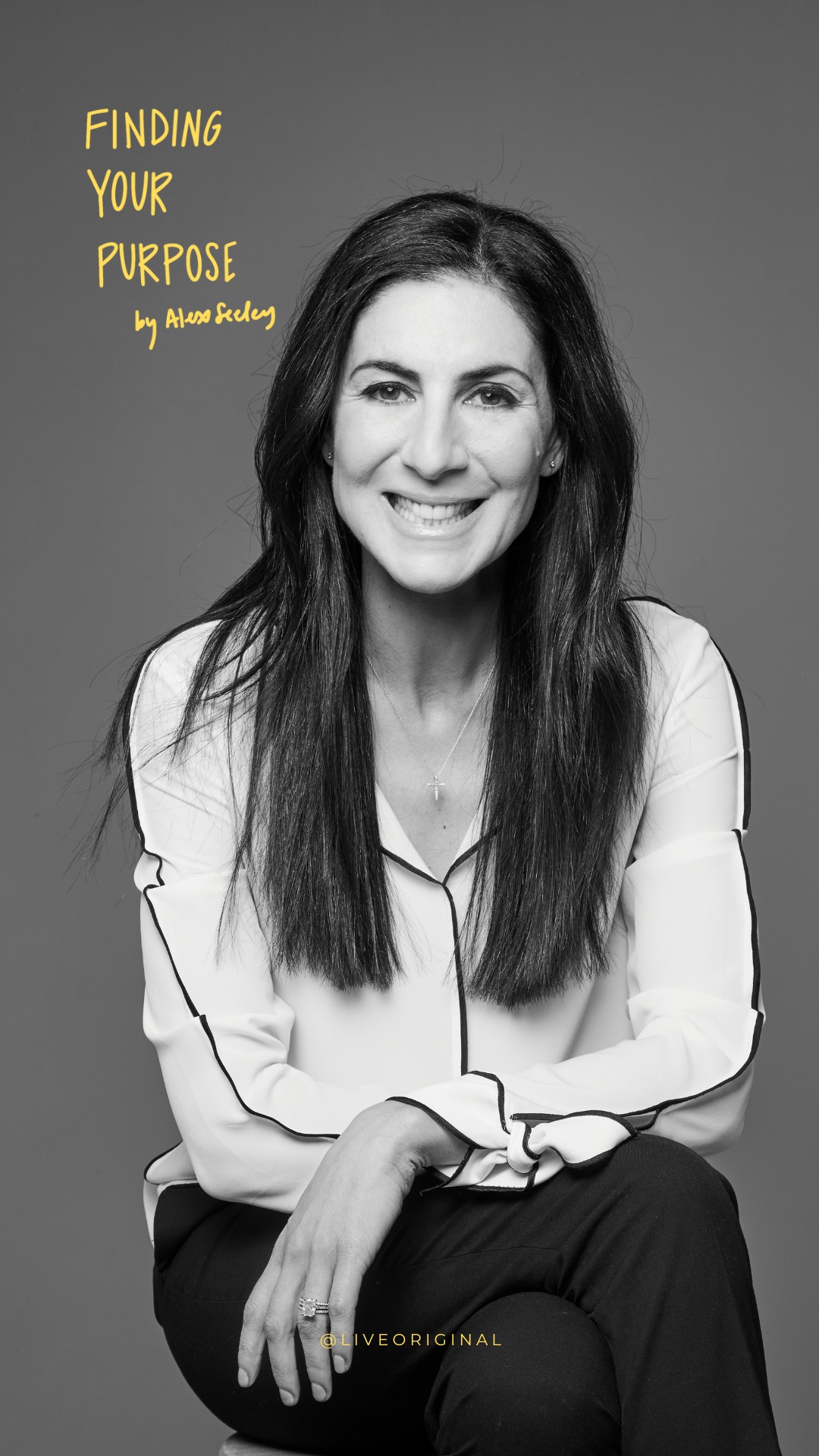 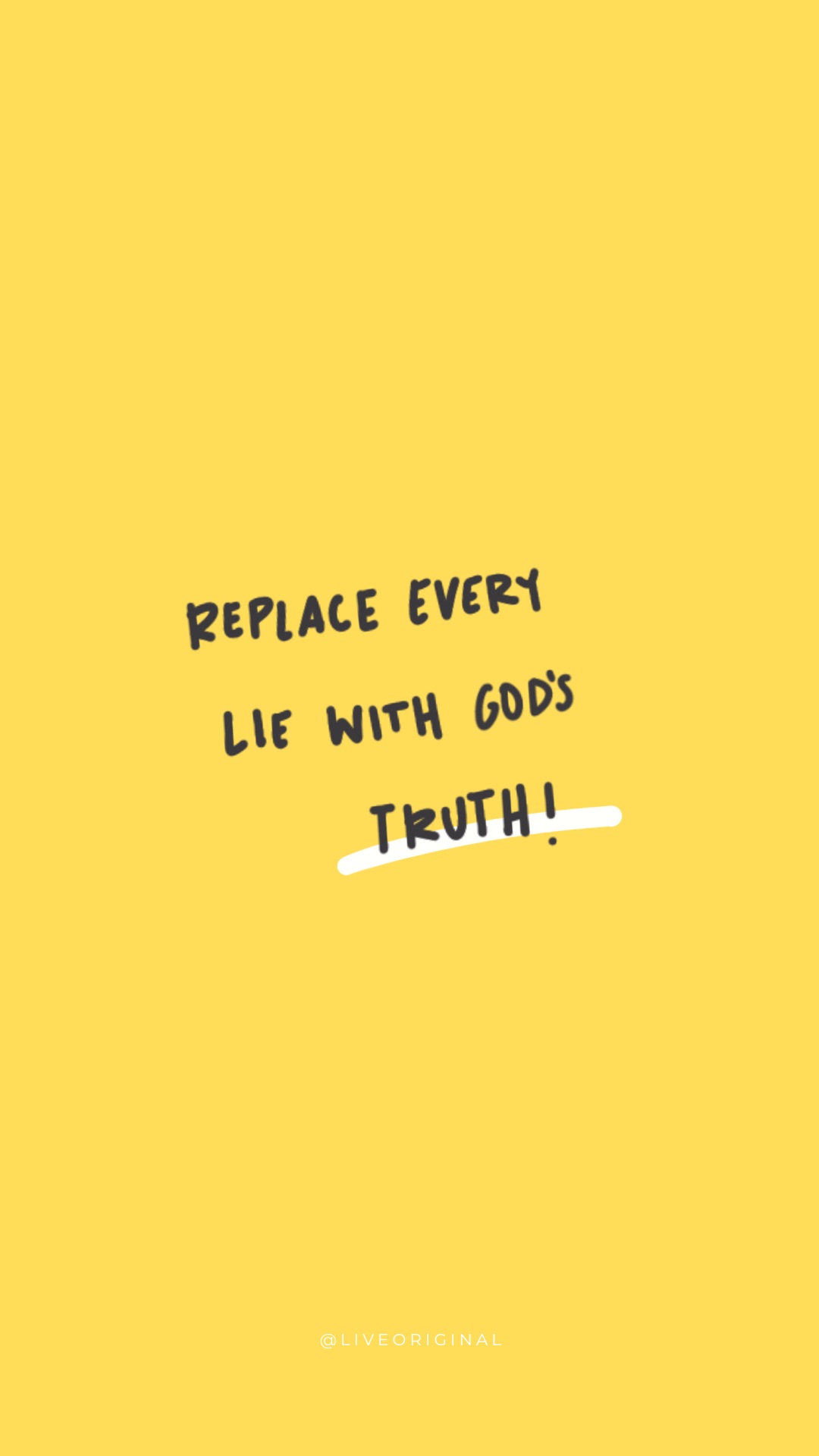 The Enemy had pierced my heart every time he repeated the lie that I was not wanted: Why are you here? You are just a nuisance. You’re stupid. These words shaped how I viewed myself for the next two decades. Yet while reading Psalm 139, a warmth that felt like healing oil moved through my body. I felt as if I was being held in the arms of my Creator, who was whispering the truth into my ear. Every word of Scripture was destroying every lie that was ever spoken over my heart and mind. I was being set free by God’s Word.

In that moment, I realized that God used my parents to get me here, but God my Father had always planned for me to be here. He knew me. He saw me. He knit every fiber of who I am in the secret place where no one else could see. He was writing my future in His book before I took my first breath. He chose me to be His and to leave a mark on this earth—the kind of mark that no one can make but me. It was as if the scales had fallen from my eyes, and I could see clearly for the first time.

I wept for hours that night, leaving behind every evil word that was meant to poison me. The Enemy had a plan to kill, steal, and destroy me (John 10:10)—but I discovered the secret to who I truly was. I was a daughter who belonged to my Father God. It was time to allow Him to go to the deepest recesses of my heart and heal every wound and every word. He needed to replace Satan’s lies with His truth. I read Psalm 139 over and over again until it became my truth. These living words were sharper and more effective than any surgery (Hebrews 4:12), and they cut out the cancer of self-hate.

I felt different. I felt clean, and for the first time I felt special. I felt special because even though I was a surprise to my parents, God had me in mind before the foundations of the earth. So now I had a reason to live: to discover my purpose according to Psalm 139:16, which says God had all of my days ordained to mean something. Specifically, it says, “all the days ordained for me were written in your book”—so I had to study the book He gave me, which is His Word. To walk in true freedom, I had to renew my mind. I had to transform the old patterns of thinking with new patterns of thinking, and the only way I could do that was by meditating on scriptures that declared the opposite of what had been spoken over my life for years. I had to replace every lie with God’s truth until it became my normal pattern of thinking.

The Bible is clear when it says: “Do not conform to the pattern of this world, but be transformed by the renewing of your mind. Then you will be able to test and approve what God’s will is—his good, pleasing and perfect will” (Romans 12:2). Instead of conforming to what feels most natural or familiar according to our feeling and emotions, we need to renew our minds daily in the Word of God and God’s way of thinking. This can only happen as we spend time reading and meditating on His Word, pondering over and over what it means and how it applies to our lives. This will change the way we view ourselves and others, and it will also change how we behave.

There is a reason why people hurt others. It is because they are hurt and broken on the inside. Once I received healing by forgiving my mother, I could see her through a different lens. The lens I now looked through was one of love and forgiveness, which helped me comprehend how my mother had been a victim of abuse and negativity from her own mother. I understood that her actions toward me were not against me personally. It was a generational pattern that had not been broken, and I had to decide to put a stop to the cycle of control, manipulation, anger, fear, emotional breakdown, and gossip.

I am weary of seeing men and women who are bound up by their circumstances, refusing to let go of their pride and hurt in order to find freedom. You can do all things through Christ, who gives you strength (Philippians 4:13). The Holy Spirit is at work in your life. You just have to choose whether to obey His will or yours. It’s that simple.

Alex Seeley is a passionate communicator and teacher of the Word. Through her boldness and tenacity, Alex shares openly about how the power of God has proven real in her own life. She loves to see people’s lives transformed by the power of Holy Spirit.

Alongside her husband, Henry, she co-leads and pastors The Belonging Co, a thriving church that has quickly become known as a place for people to find freedom and experience Jesus in an authentic way that affects every area of their life. She continues to travel and write books equipping the body of Christ everywhere.

Alex and Henry call Nashville home where they live with their two children, Holly and Taylor.