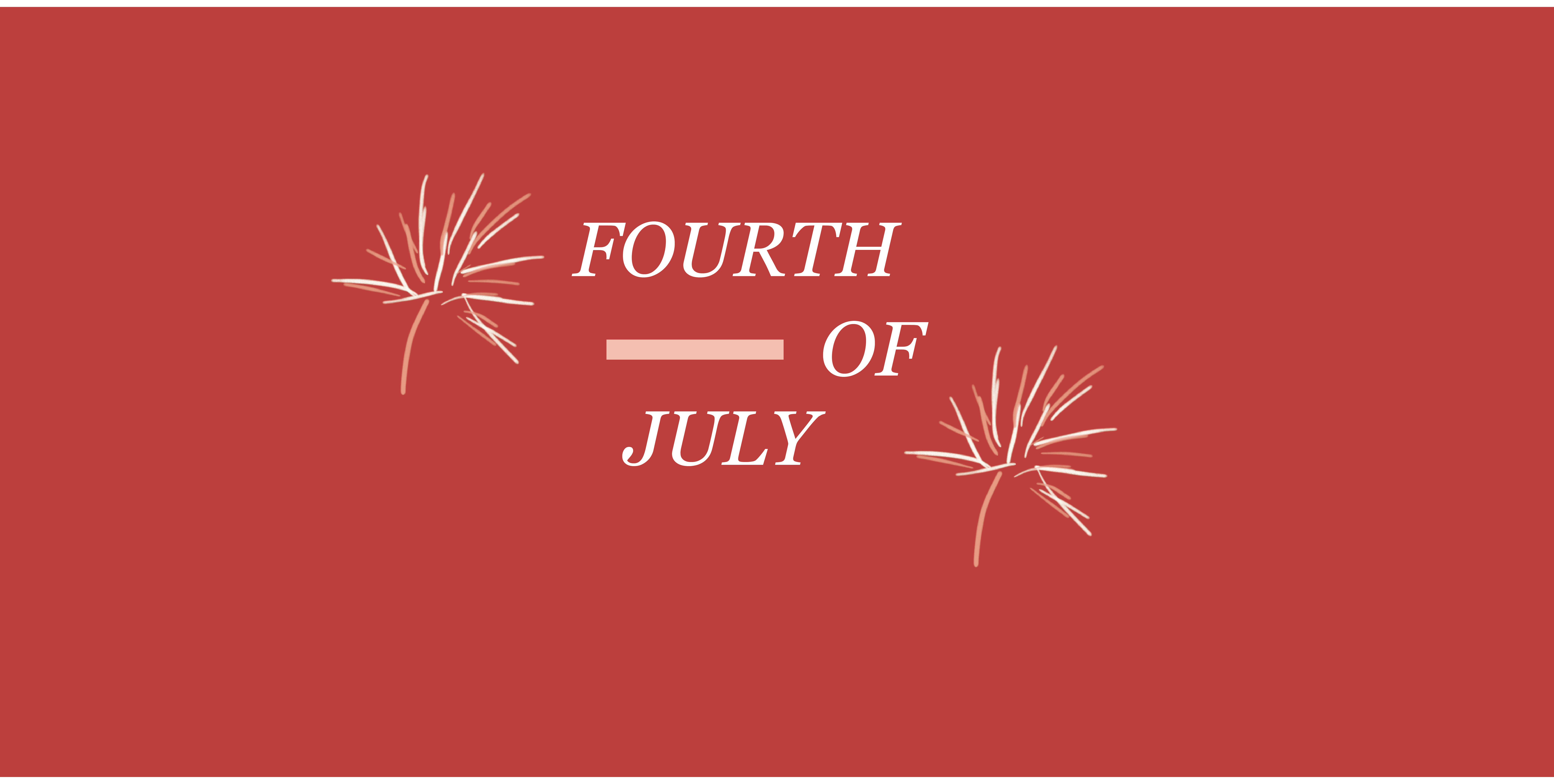 Many of us don’t want to admit this, but if someone were to randomly put you on the spot to ask you a few questions about the holiday that is smothered in red, white, blue and topped off with some hotdogs and homemade ice cream, you might not be able to tell them much.

If you’re like me, you might answer the question with something like, “It’s a day to celebrate our great country!” then you would quickly and discreetly change the subject to one about hoping for good pool weather.

Let’s break this down: I’ll tell you WHAT it is, IF we should care, and HOW to celebrate.

1. What is it? Otherwise known as “Independence Day” (think of it as the Beyoncé of holidays), this day marks the celebration of our country’s independence from Britain, which is why we don’t have British accents today. That part is a bummer!

Fun fact: The founding fathers actually voted on July 2, 1776, but “declared” it on the fourth, hence the name of the holiday. See what they did there? 🙂

The reason our ancestors fought for our independence is because the British government was making people in the states (then known as colonies, 13 of them to be exact), pay what they thought to be too high of tax prices on goods without having anyone from the colonies being represented in Parliament (British government). That’s kind of a long explanation to say Britain was asking money from the colonists through high taxes.

So, on July 4, 1776, the Declaration of Independence, which states why we should be given the right to start our own thing and be independent, was approved. Ever since then our country has been recognized as our very own, free country.

2. Should we care? Friends, the answer should be a great big–YES!

The people at that time cared and fought deeply for our independence. Don’t get me wrong, they didn’t go about it perfectly. However, through persistence and determination to seek justice, they were able to pull it off. John Adams, our second president, wrote to his wife on the matter:

“The second day of July, 1776, will be the most memorable epoch in the history of America. I am apt to believe that it will be celebrated by succeeding generations as the great anniversary festival. It ought to be commemorated as the day of deliverance, by solemn acts of devotion to God Almighty. It ought to be solemnized with pomp and parade, with shows, games, sports, guns, bells, bonfires, and illuminations, from one end of this continent to the other, from this time forward forever more.”

Although he was off by two days, we can see that there were men and women who went before us to fight for the space that we now live and feel safe in. Their hope in the unseen is what has carried us to today.

Here is the coolest part. Out of the thirteen colonies, there were a total of 56 representatives who went on to sign this monumental document. Of all these men, ages ranged from 26 to 70 with jobs and backgrounds of all different kinds. From lawyers, to farmers, they all came together and pledged, “to each other our lives, our fortunes, and our sacred honor.”

If this isn’t a picture of unity, friends, I don’t know what is.

These people had differences, arguments, and obstacles along the way that almost caused the whole thing to blow up. Yet, in the end, they realized that without one another, they would never be able to succeed.

And, get this, at the end of the fight for independence, most of these men were poorer than when they started. I’d like to argue that while our founding fathers had less to show on the outside, they had gained something that no one could take away– freedom and peace. And that is something you and I can never repay. If they were here today, I’m sure the only thing they would ask is that we celebrate in that freedom too.

I can’t help but look at this through the lens of Jesus. Guys, isn’t this what Jesus did for us, too? He gave up every earthy treasure and comfort in order to gain freedom for each of us? But instead of fighting for our citizenship in a new country, he fought for and won our citizenship in heaven.

What does Jesus ask of us in return? The only thing He asks of us is, while on earth, we honor Him and celebrate our freedom from death. A freedom He died on the cross to give us.

As we celebrate, God wants us to call others into this celebration as well. (A.k.a. love others. Loving others is a celebration of His gift to us.) This is all God wants for us, for us to live out of the victory He has won. We see this so clearly in Jesus’ answer when asked what is the most important task we have:

When we look through the lens of our new citizenship, we are able to see others who are also citizens of heaven and join them in the celebration. Just like the colonists, we are also called to set our differences aside to come together for the greater good. Jesus cared so much about unity of this kind, that it was actually the last prayer he prayed right before he was taken to be killed:

“My prayer is not for them alone. I pray also for those who will believe in me through their message, that all of them may be one, Father, just as you are in me and I am in you. May they also be in us so that the world may believe that you have sent me. I have given them the glory that you gave me, that they may be one as we are one— I in them and you in me—so that they may be brought to complete unity. Then the world will know that you sent me and have loved them even as you have loved me.” John 17:20-23

The good news is we don’t have to sign a document for our freedom, like those who signed the Declaration of Independence. Someone signed on our behalf using red ink. Our names were written down with the blood of Jesus.

Our fight is actually over. **Cue fireworks**

3. How do we celebrate? That’s really the easy part. I hope you have the best day this Fourth of July. I hope you do it all–fireworks, pool time, hot dogs, watermelon, red, white and blue tablecloths, and quality time with friends and family. I also pray you take a moment, as you are celebrating, to remember all the men and women who went before you. Those faithful men and women who fought on American soil for your right to be here today.

Above all, I hope you have a moment with the One who, long before America’s founding fathers were on the earth, fought for you in a different way. That fight guaranteed your freedom to choose your heavenly home.

THAT is something to celebrate!

How will you celebrate this July 4th? Share your plans below!