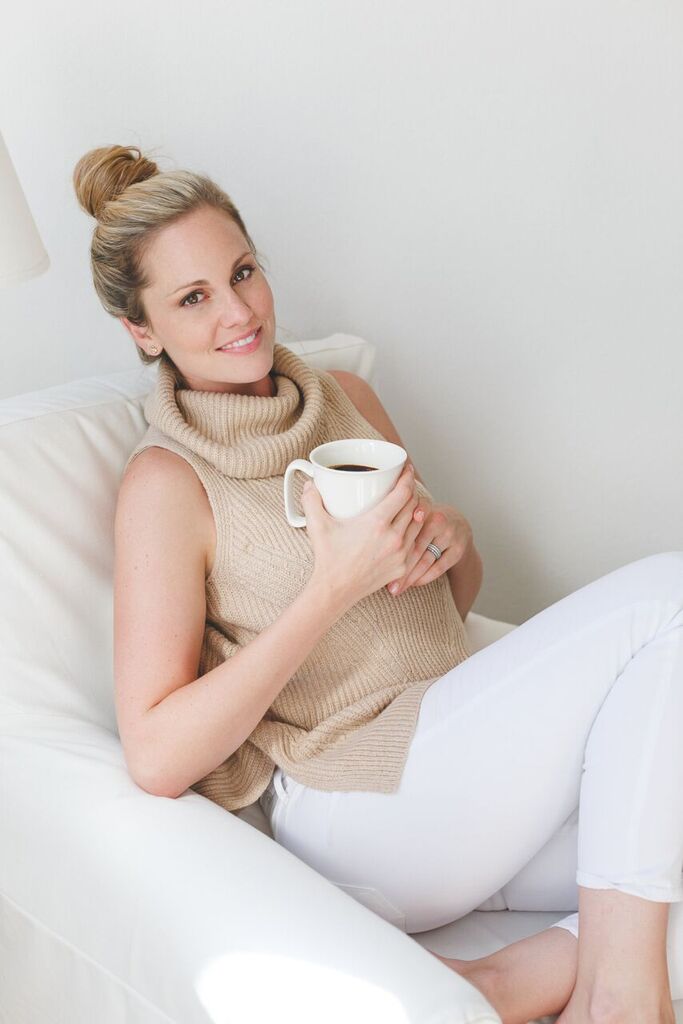 In 2007, as a new college graduate and newlywed to my high school sweetheart, I found myself in the emergency room suffering from unbearable pain in my abdomen, heavy bleeding, and a slew of other digestive complications. Until then, I had been a perfectly healthy young woman, with no family history of digestive disorders and only the occasional upset stomach as a child.

After seeing every specialist in the area, and having a slew of tests done, I was finally given a diagnosis of ulcerative colitis — an incurable autoimmune disease similar to Crohn’s disease. The prospect of living the rest of my life, through careers, motherhood, and grandchildren, with an irreversible illness was an extremely disheartening prognosis and left me feeling hopeless and alone. I had always dreamt of being a wife and a mom, and those dreams seemed to be crashing down around me.

About six months later, my husband and I embarked on a 3 week missions trip to Uganda, along with a team of 20 people from our hometown. I had been ill off and on during those last six months, but after checking with my doctors and spending a lot of time in prayer about whether or not we should go, we ultimately felt the Lord calling us to continue with our plans. We heard clearly that we were to go, and that I may even find healing while we were there. Leading up to our trip, we kept hearing incredible accounts of the village people we were heading out to serve seeing healing from all types of debilitating ailments and diseases, so we thought- how amazing would it be if we experienced the same thing while out there.

The trip from California was grueling though, and my body had a hard time keeping up with the long flights, layovers, and time changes. After our first night on the ground in Uganda, I found myself in a hospital room in Kampala, pleading for my life as I lay precariously near death. I was racked with debilitating pain that forced me into a wheelchair, became severely anemic, and dropped 20 pounds in 10 days. I was administered a daily dose of intravenous steroids, which provoked more side effects than the symptoms they were intended to mitigate.

The hospital was not much of a hospital at all. It was a 2 room drafty building with wooden planks for beds, bugs crawling all around, and plastic lawn chairs in which to sit to have your blood drawn. My team spent tons of time in prayer for me, and my sweet new husband Ryan spent his nights by my bedside, and even spent a few overnights on my plank board with me. The hospital didn’t offer water or any food, so he would make the trek across town every day from the hotel he was staying in to bring me juice and bottled water.

We were fortunate enough to have a kind Christian doctor treating me who had moved there from London a decade before to serve the impoverished communities there. I’ll never forget the one Sunday morning where he came in to check on me on his day off.

I was lying in bed feeling incredibly disheartened that we were missing out on the serving the refugee camps. We were hearing reports from our team, and it broke my heart that I wasn’t loving on the kids and helping in the relief efforts we had been planning for so long. I also began to lose hope that I would get better, and was so confused why God wouldn’t intervene.

As Ryan and I were crying out to the Lord with pleas of healing and hope, we heard a group of people singing worship music out my window. When the doctor came in, I asked him if there was a church nearby and he said no. He told me that he had never heard people worshiping in the 10 years he had been working there, and that the community surrounding the hospital was not known for being a community of faith. He prayed over me that day, which was something I had never had a western-trained doctor do during my multitude of hospital and office visits. To this day, I think that it was the Lord showing up to let us know that He was still with us and He was reminding us that He is good, even in times of sorrow and pain.

After a weeklong stay at the hospital, the doctor concluded that the 36-hour journey back to the US for a blood transfusion was imperative. We made the long journey back to California, and checked right into a hospital in San Francisco.

The story continues for many years more, which you can read about on my blog. My disease landed me in hospitals over and over again and launched me into a world of harsh drug therapies that only exacerbated my condition, until I eventually found that a Paleo diet could keep my symptoms at bay. Although no doctor would suggest, or even support, dietary change as a part of my treatment, I realized that I had to take things into my own hands to achieve real results.

After seeing dramatic progress after just 48 hours, I committed to the diet wholeheartedly. It took a couple of years to heal fully, and still feels like a continual battle, but I am thankful to say I haven’t been hospitalized since 2011, weaned off of the harsh medications, and avoided major surgery and immunosuppressants.

I still struggle from time to time with making the right choices and my yearning to eat what everyone else does, but have been able to recreate so many of my old favorite dishes with grain-free and dairy-free modifications that I don’t find myself missing things much anymore.

A Paleo diet has not only given me back my health, but it’s allowed me to be present as a mom and wife, and has given me the opportunity to impact the millions of people who have bought my books and read my blog. I initially perceived this way of eating as a solution for my particular disease, but continue to learn of the plethora of ailments it can also alleviate like Rheumatoid arthritis, Lupus, Celiac, and Multiple Sclerosis to name a few. Because of this, I dedicate my days to creating delicious comfort foods that can be enjoyed on a restricted diet and, in an attempt to ensure that no one else would have to feel as alone or lost as I did, decided to share my story and recipes on my blog, Against All Grain, and in my 3 cookbooks.

I never would have imagined, while lying in countless hospital beds, that everything I went through could be used to help bring hope to so many people. As unbearable as it was, Ryan and I both agree now that we would not change any of it for the world. To be used in such an impactful way, and out of such misfortune, is one of the most rewarding experiences I will ever have.

I often say that I am grateful in hindsight that I didn’t get the immediate and miraculous healing I had hoped for in Africa. If I did, there’s a very good chance I would have never started my blog or written my books. The Lord used our hardship and turned it into an incredible ministry that has impacted millions. He has used my story to bring relief and healing to all those that stumble upon my blog or pick up a copy of my book while perusing the cookbook shelves. For that, I am eternally grateful, and I will continue to do His work as long as he calls me to it.