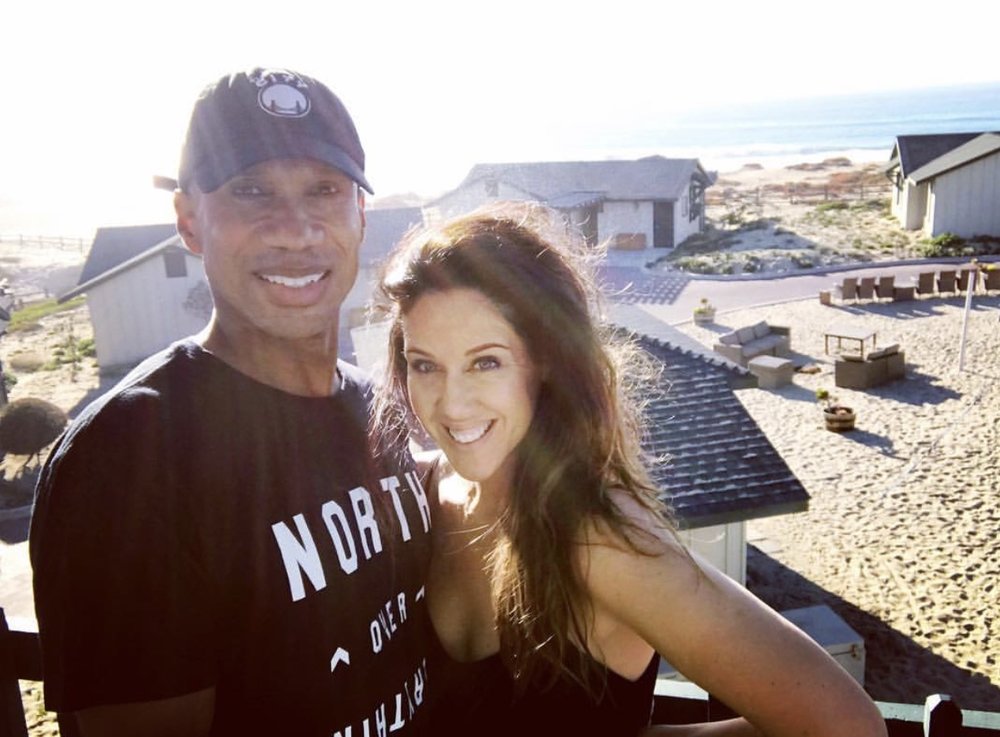 Let me introduce myself …

·       Prior to dating my husband, I had never been in love or in a serious relationship.

·       I was the girl that was always the bridesmaid and never the bride.

·       I’ve probably been involved in over 20 weddings (bridesmaid, officiate, prayed a blessing, guest book attendant, etc.) … And that’s being conservative.

·       I have lost count of the awkward church matchmaking moments where my singleness was put on full blast and I was advertised as if I was for sale.  Actual verbiage one time was and I quote “applications are in the front lobby.”  This was in front of a thousand people while being live-streamed.  I’m not kidding.

·       I’ve had probably ½ dozen men tell me that God told them I was their supposed to be their wife and that was in our first conversation.

All this to say is, I get singleness.  I get process, and I get waiting on God to answer your prayers.   As you guessed, my story is maybe a little different than most you’ve heard. I was raised in a home where my parents had an awesome marriage and still do to this day. I saw the friendship and romance of marriage on a daily basis. It set a standard for me and my sisters, showing us marriage can be a beautiful partnership of two individuals coming together to create family. Having that example from my parents has been one of my greatest gifts. I’ve never taken it for granted, but it doesn’t mean there wasn’t hard times or challenging situations, where fuses blew and exhausted words weren’t spewed. No relationship or family is perfect. We all have our stuff, but marriage is this beautiful opportunity to live out covenant with another person that no matter what, “I’ve got you”. Whatever we face, we face it together. I’ve always loved the idea of having a front row seat to someone’s life, and they are having one to mine. It’s really amazing when you think about it; till death do us part. Those are some intense words, binding and permanent. Terrifying to some, exhilarating to others. For me, I loved the idea of marriage and dating just to date never had an appeal. I was definitely of the mindset that I would only date people where I saw a possible future, which wasn’t too many, if I’m honest.

I had the classic scenarios growing up, where boys I’d have crushes on seemed to always like my friends; therefore, I was a regular fixture in the “friend zone”. I remember throughout high school and college, guys would always say to me, “you are the type of girl we marry, not date.” So basically, because I wasn’t giving it up, you’ll save me for later? And so, the years of drought continued. At 19 years old, the guy that I had a massive crush on pursued my friend, who happened to live across the hall from me in my dorm.  I had the pleasure of watching them date throughout my sophomore year of college; I hope you’re catching the sarcasm. It’s funny how I look back now and praise the Lord that He didn’t answer those prayers!  That guy and I would have been a horrible match. At the time, I didn’t see it of course, and the pain of disappointment was real and deep. I remember on a very difficult night after watching him come and pick her up for a date, I sat in my room and cried it out to God. I prayed a prayer that I meant with every fiber of my being. I said, “Jesus, take my heart. Guard it, shield it and give it back to me when you want me to give it away.” I remember as I prayed that prayer, the peace of the Lord flooded my soul. My heart settled, and I knew in that moment the Lord had me.  I prayed that prayer at 19 years old and I got married at 39 years old.  I didn’t know on the other end of that prayer the Lord was extending His hand, inviting me to go on the most life-changing journey.  During the next 20 years, the Lord began to show me that me being single wasn’t a curse or that I had done something wrong. Instead, I felt the beautiful jealously of the Lord over the affection of my heart.  He was mine and I was His. This truth became so real to me.  He showed me that ultimately, He had to be the One to satisfy me.   He showed me broken parts of my identity, helping me discover that first and foremost, before anything, I was his beloved daughter. This would always be my identity, before I’d ever be a wife.  I learned what it was for Him to be my Source and my Counselor.  I learned the depth of reliance on His Spirit even above my emotions.  Although my emotions are valid, at the end the day, they cannot determine who I am.  He must.  Through this 20-year journey of singleness, I learned that I wasn’t waiting to be CHOSEN by a man—I had already been chosen by the Lord, and when a man came into my life, I would choose if he was who I wanted.

That paradigm shift was huge, because it took me out of the waiting, into the living.  When I began to live from the posture that I choose, rather than waiting to be chosen, I started living fully in my dreams.  I moved overseas, changed jobs, traveled to different parts of the world, pastored, directed schools of ministry, preached at conferences and events, worked in the fashion industry, bought a condo, ran half marathons, took risks and lived life! I wasn’t putting any part of my life on hold, waiting for a man or for marriage.  There are promises over our life, but marriage isn’t a guarantee, it is only a desire.  I remember when that hit me.  I felt the Lord ask me the hardest question.  “Christa, if you never get married, am I enough?”  My answer, “I want you to be”, which meant, no, He wasn’t, but I knew He had to be if I wanted true happiness in my life.  I knew marriage wasn’t something that I could just make happen.  If marriage was the goal, I could have achieved it by marrying one of those men who came into my office saying God had told them I was their wife.  No thanks.  I wanted God to write my story, which required trust.  I had to trust His timing and His ways, which required me to throw all my timelines and requirements out the window.  It didn’t matter if I was 38; I wasn’t going to get married just so I could have that baby.  I wasn’t going to just settle with whoever pursued me next, because there weren’t any other options.  Remember, I choose and I’m not choosing that.  I’m choosing a man I’m crazy in love with, and I’m choosing a partner who I know I will have a happy, healthy and fulfilling marriage with.  Getting married isn’t an item on a checklist.  It is one of the most important decisions you’ll ever make and you’ll be living with that decision every day for the rest of your life.   We want to make that decision from a healthy place, so take those years of singleness and allow the Lord to do the transforming work He needs to do.  Allow Him to heal the broken places within you, so when you do choose your partner you are making that decision from a place of wholeness, and not looking for someone to complete you or disguise the dysfunction within you.

My years of singleness were full of sweet moments with the Lord, experiencing the love of my heavenly Father who is jealous for me.  I felt pursued and desired by Him.  Sure, there were lonely nights and tears along the way.  There were definitely moments where I had to choose to be happy for a couple’s new engagement, but when the Lord brought Sean into my life, I have thanked the Lord a thousand times for asking me to trust Him, because Sean was SO WORTH THE WAIT!  When, and if, the Lord decides to bring you that person, you’ll be so grateful that you waited and didn’t settle along the way—even when it would have been easy to do so.  You will look at the love of your life, and be so grateful you tore up any ‘list’ or ‘condition’ you may have had.  I know, because it’s what I do every day when I look at Sean.